Tips on museums, photographic collections, theater, church, and streets to take a cultural tour around Salvador

Missing those cultural programs walking around the city, aren’t you, guys? We have selected websites on the internet that make their collections available for an entire afternoon going in and out of museums. There are 10 virtual exhibitions to get to know the art of Bahia from home, with collections of fine arts, artistic and documentary photography, an iconic church and even streets to fill your day with culture and inspiration. We have also made a selection of 10 museums around the world with virtual exhibitions to be seen from the comfort of your home. Have a good tour!

360° tour in the Church of São Francisco 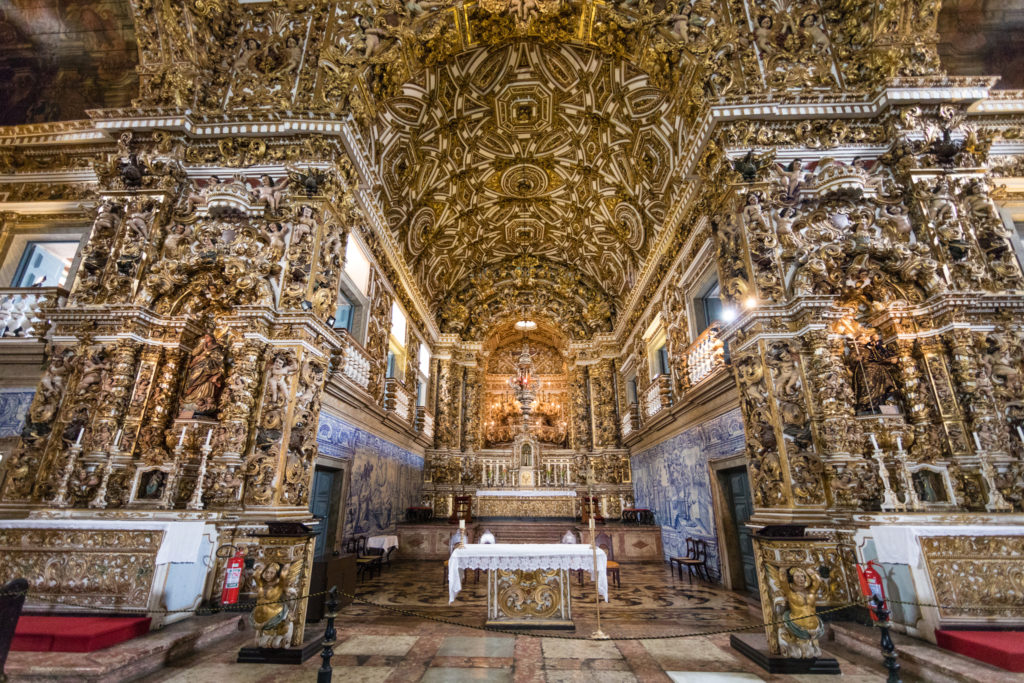 Known all over the world for its architecture, the richness of its interior and the details of its decoration, the Church and Convent of São Francisco in Salvador, located in Pelourinho, is one of the relics of the Brazilian Baroque. The church was listed by the National Institute of Artistic and Historical Heritage (Iphan) and classified as one of the Seven Wonders of Portuguese Origin in the World in 2009.

Through the internet, those who don’t know, or who already know the place and want to visit again, can see the hundreds of pounds of gold used to gold-plate the interior of the church and explore its paintings, facade, altar and sides. The 360º online tour is a great option for those who want to know this corner of Salvador better without leaving home in this quarantine.

360° tour through the streets of Salvador

Do you miss taking a tour through the capital of Bahia? With the covid-19 pandemic, it’s better to stay at home. But you can get to know, visit or remember the best beaches and sights of Salvador in 360 degrees online. The Salvador Destination.com website provides free panoramic photos of the palm oil land.

With just one click, the Soteropolitan or tourist can walk around and take a real virtual tour, exploring places like Pelourinho, Lacerda Elevator, Barra beach and Mirante de Itapuã. 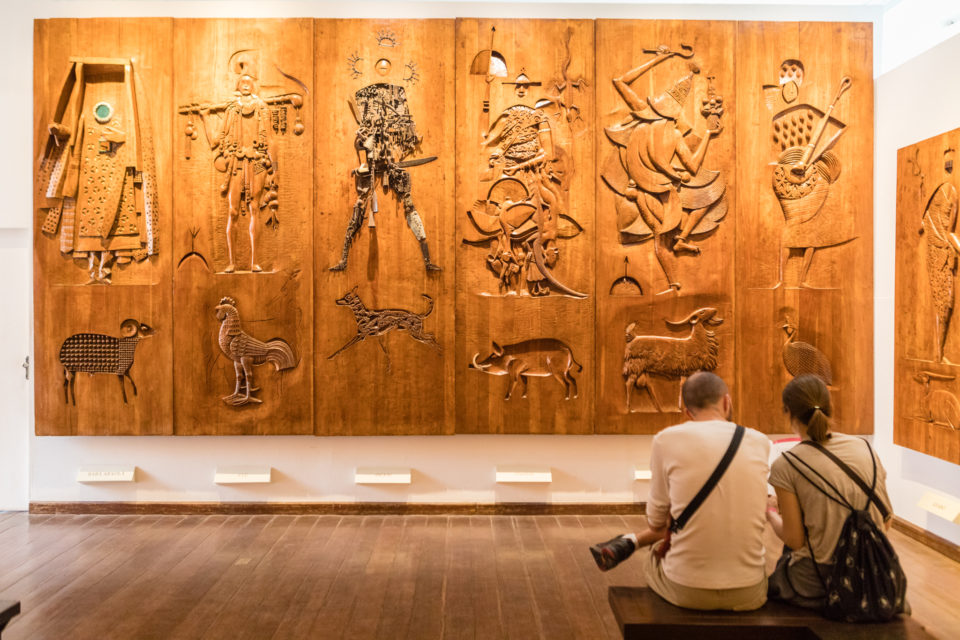 With more than a thousand pieces of material African and Afro-Brazilian culture, the Mafro – Afro-Brazilian Museum of the Federal University of Bahia actively contributes to the dissemination and preservation of these cultural matrixes. In addition to the headquarters in Salvador, the museum has a digital collection, which has photos and information of the items displayed at the headquarters, located at Largo Terreiro de Jesus, in Pelourinho, in Salvador.

Among the materials available on the Mafro website, there are the Afro-Brazilian Collection, with elements of religiosity, plastic arts, afro blocks, capoeira and more; and the African Collection, with musical instruments, weaving items, masks, sculptures and ceramics.

It is also possible to stroll through the long-term exhibitions: “Painéis de Carybé”, with 27 monumental carvings by the artist, representing the orixás of Bahia’s candomblé; “Artes do Crer”, with part of the Museum’s Afro-Brazilian Religious Material Culture collection, which values ​​the collection’s memory and its importance as a document of sacred art of African origin and inspiration produced in Bahia; and the exhibition “Máfricas: As Áfricas do Mafro”, which proposes a decolonizing look at Africa, with pieces from the Royal Museum of Tervuren.

Mafro is one of the few in the country to deal exclusively with African cultures and its importance in Brazilian culture. Through material elements, representative of these cultures, the museum presents contents that facilitate the understanding of the historical, artistic and ethnographic aspects that identify African societies and allow a reflection on the importance of this matrix for the development of Brazilian society.

The museum’s headquarters, which was first organized by Pierre Verger, is installed in the building of the first medical school in Brazil, which today is owned by the Federal University of Bahia.

During the pandemic, on-site visits are suspended.

Virtual Tour of the Geological Museum of Bahia 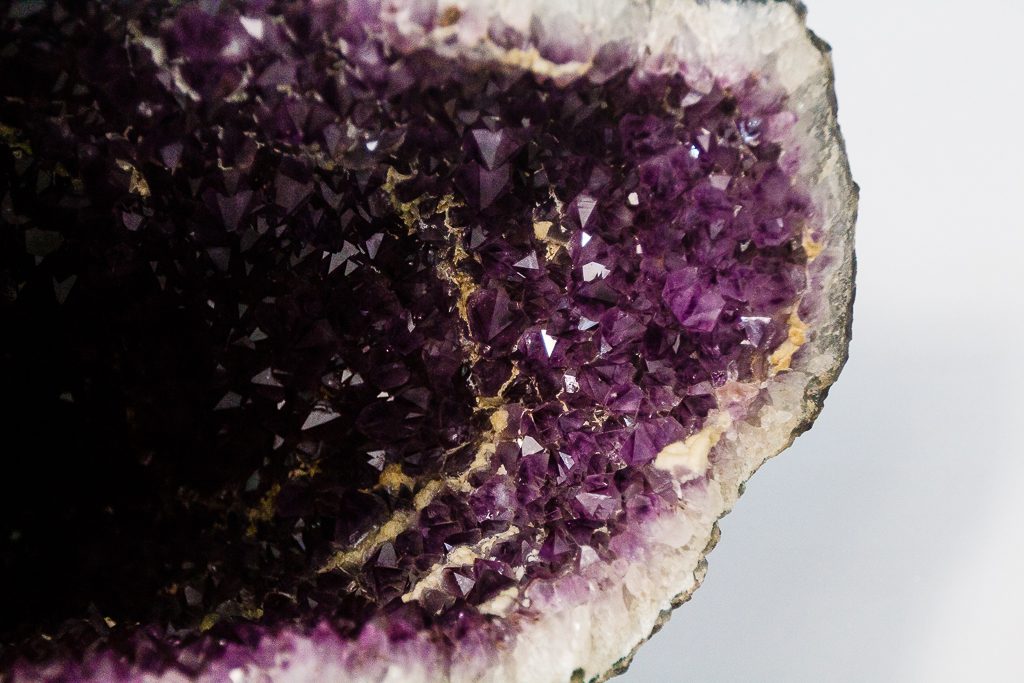 Thinking of taking a little of the geological history of Salvador and Bahia to Soteropolitans and people from anywhere in the world, the institution offers a virtual tour. Through it, users can know thousands of items, among them precious stones, archaeological fossils, celestial bodies, giant replicas of prehistoric animals and much more.

Among the main attractions of the museum’s virtual tour are the Universe Room, which provides a sensory experience about the origin of galaxies; and the Hall of Fossils, which has a giant replica of a Mastodon and archaeological fossils of ancient animals found in Bahian municipalities. It also has meteorites, precious stones and the mineral diversity of the capital of Bahia and the state.

With more than 20 thousand pieces, the Geological Museum of Bahia (MGB) houses one of the largest collections in the state. It is located at Avenida Sete de Setembro, in Corredor da Vitória, in Salvador.

During the pandemic, on-site visits are suspended.

Virtual tour at the Museum of the Merciful (Museu da Misericórdia) 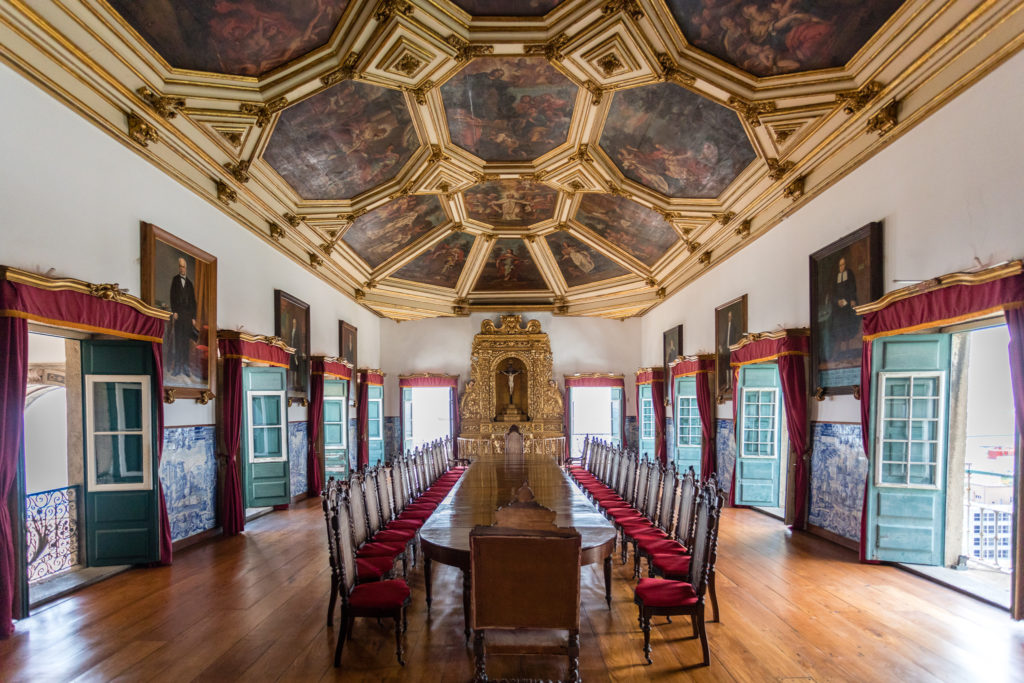 The imposing palace of the 17th century, located between the Municipal Square and Cruz Caída Square, holds an expressive part of the History of Bahia and Brazil. The Museum of the Merciful is one of the most important cultural spaces in Bahia, with more than 3,000 cataloged pieces that contextualize an almost 500-year-old historical narrative.

While the museum is closed, you can “go there” without leaving your home. Free of charge, the tool is available on the museum’s website for all devices (cell phones, tablets and computers). The tour starts at Rua da Misericórdia, in the Historic Center of Salvador, and covers all halls and wings of the cultural space with 360º images. By clicking on the icons, the visitor has information about the works and artistic elements that make up the collection formed by more than 3,800 pieces.

Learn more at this link

Virtual tour at the Geographic and Historical Institute of Bahia 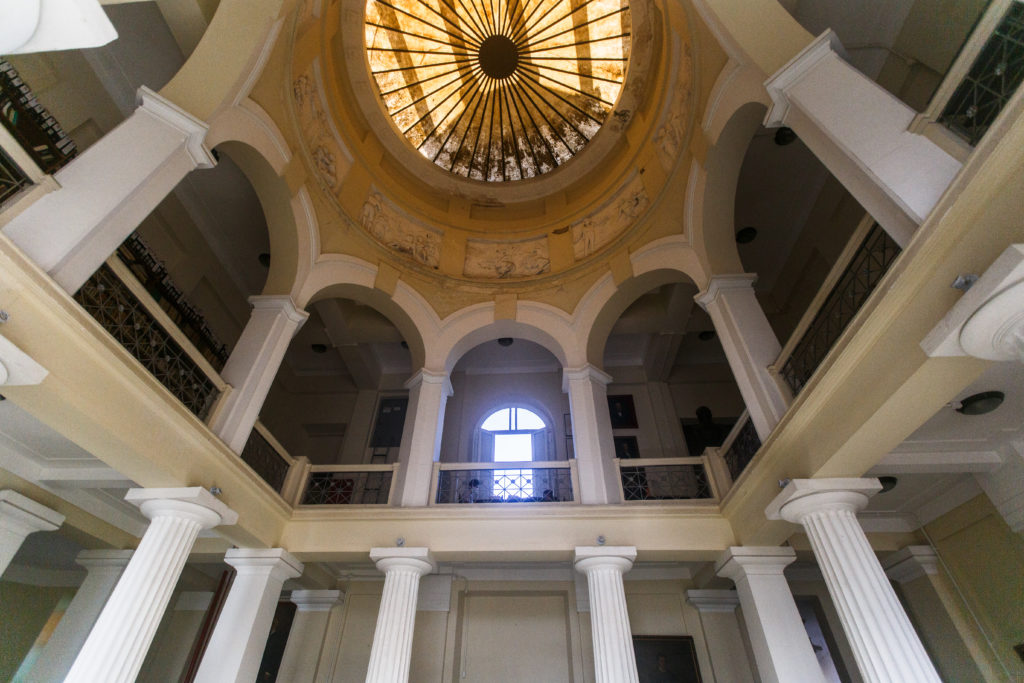 The Geographic and Historical Institute of Bahia launched a 360º virtual tour for the quarantine period. Due to the coronavirus, the museum is closed and the tour brings the opportunity to get to know the place without leaving your home.

The virtual tour shows the main facilities of the Institute. People have the opportunity to visit the Hemeroteca (newspapers collection), Ruy Barbosa Library, Theodoro Sampaio Historical Archive, Noble Hall, Museum, in addition to the famous view of the Dome, with a wide view of the Center of Salvador.

The Museum of Modern Art of Bahia (MAM) is also closed, but it has offered the option of a virtual tour to see the works for free. And do you know that sunset you love to watch from there? Well, it’s possible to see even that in this virtual and interactive tour!

In the virtual tour, it is possible to know two exhibitions that are in the Chapel and in the big house of MAM (Casarão). The exhibitions bring together 28 photographers and two artists in a total of almost 80 works.

You can even talk to Dom Pedro II and Castro Alves

First large Brazilian theater, with a capacity for about 2 thousand people, the Teatro São João, a cultural space that set tongues wagging in Salvador until 1922, can now be visited from home. Thinking of revisiting this place, which was the stage not only for theatrical performances, but also for important historical moments in the city, the History professor and researcher, Maria Antônia Lima Gomes, transformed the Teatro São João da Bahia into a Virtual Museum.

The Teatro São João da Bahia Virtual Museum allows close contact with the ambience of Salvador and its main road center, Freguesia da Sé. The 3D museum simulates environments and historic spaces that represent Salvador’s culture and history. In addition, people can chat with Emperor Pedro II, with poet Castro Alves, with conductor Carlos Gomes and singer Xisto Bahia. It is also possible to see a masquerade ball that took place inside the theater.

French photographer, ethnologist and anthropologist Pierre Verger traveled the five continents and was passionate about African and African-American culture. Verger was probably the first to photograph Bahian culture with such sensitivity and quality.

These and other stories and the entire trajectory of Pierre Fatumbi Verger are very well told (and cared for) in his home, which today is the Pierre Verger Foundation. Created legally in 1988, the Foundation works today in the same house where Pierre Verger lived for years, in Ladeira da Vila América, in Salvador.

On the Foundation’s website, it is possible to have access to a vast collection of brilliant images, such as the Portfolios of Orishas, Dieux d’Afrique, Pictures of Bahia, Fluxo e Refluxo, Capoeira, Trips, Sailboats, Architecture and Sleepovers. In addition, you can take a deep dive into the photo library with works from around the globe cataloged in the Americas, Africa, Asia, Europe and Oceania. It will be quite a journey! 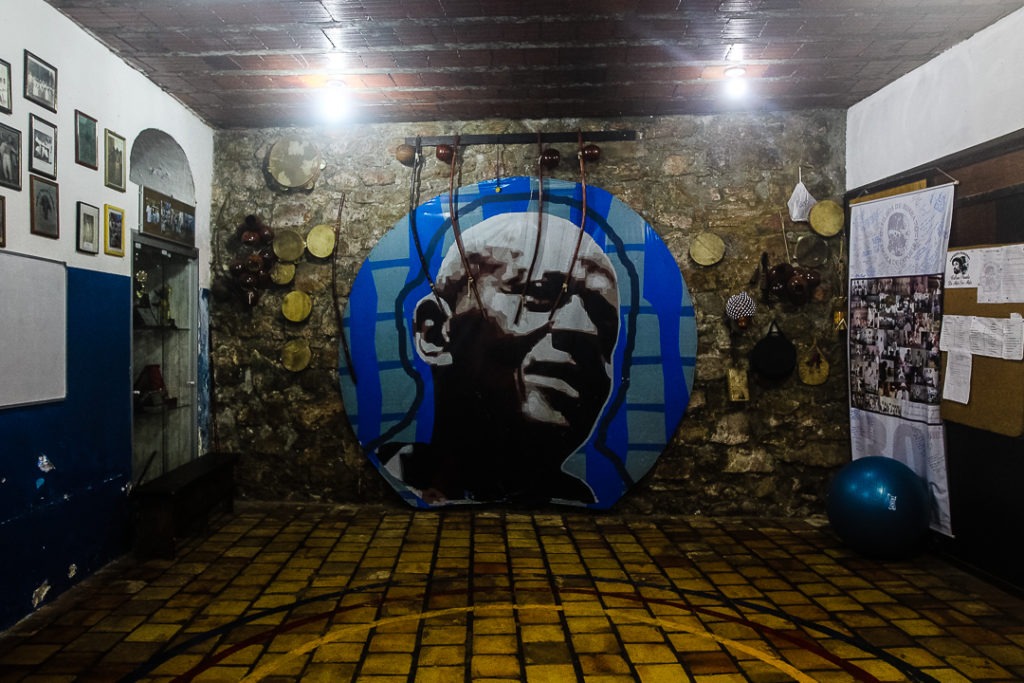 The Mestre Bimba Foundation (FUMEB) aims to preserve and disseminate the work of Mestre Bimba and his Afro-Brazilian cultural legacy through events and related activities in the field of capoeira.

The Foundation’s website has an excellent virtual exhibition. There, there is a digital collection of historical photos and objects, reports, distinctions linked to the master, such as Mestre Bimba’s famous berimbau of the 1960s.

Exhibitions around the world

It is worth remembering that all museums in Bahia are closed as a way of preventing Covid-19, as well as all museums worldwide. Many of them also started to offer free online tours. We selected 10 museums around the world with virtual exhibitions to be seen from home. Have a good trip!

Amazing Tenors In Concert May