There are people who cannot see a small door or colored window without stopping to take pictures. For some, this is an irresistible habit of clicking (and posting on social media) while walking around the city. And Salvador has a profusion of old houses, full of colors and details.

Aesthetics, architecture, symbolism, elements such as frames, railings and… there we go: the feed is beautiful! But when the door or window opens, what stories are hidden behind each façade? Here we tell you a little about what you will find around and inside each photographed place. But first, try to guess where each one is.

One of the most photographed façades in Pelourinho 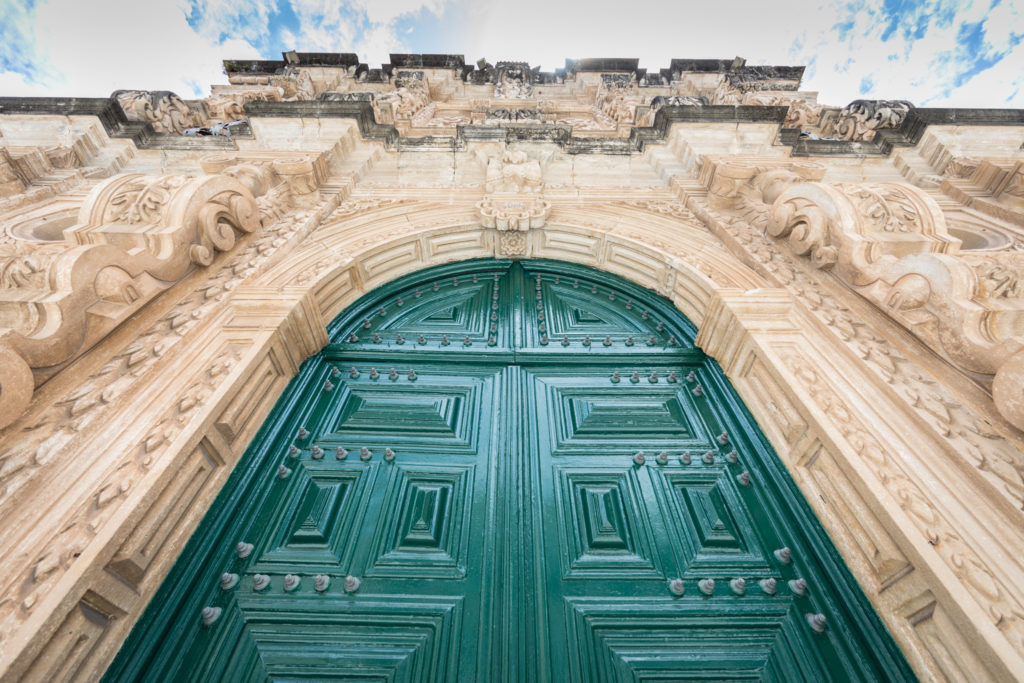 We start with one of the most classic photographic stops in Pelourinho, one for which residents and visitors have a real passion. The stone façade of the church of the Third Order of São Francisco is one of the most important works of the Brazilian Baroque for its uniqueness.

But did you know it wasn’t always like this? For more than a century, the façade was covered with mortar. Built in the early years of the 18th century by master Gabriel Ribeiro, it was financed by the third brothers, known as wealthy trade lords of the Recôncavo Baiano. It was just beautiful, the same way we know it today. Until, during the renovation at the beginning of the 19th century, its interior became neoclassical and the façade was covered. The “savior of our wonderful photos” was an electrician who installed lights on the church and discovered the original decoration by hammering the front structure of the temple. Learn more at this link.

It is even difficult not to stop for a while to look at every detail of it. There are studies that point to the possible union between Christian and pagan symbols: two sculptures of atlants surrounded by angels that would represent allegories of the god of commerce, Hermes, or even of the Paraguaçu and São Francisco rivers. Learn more at this link. The Church of the Third Order of São Francisco is a Catholic church and is located in Largo do Cruzeiro, in Pelourinho, Salvador Historic Center. Find out more at this link.

The most charming houses in the city 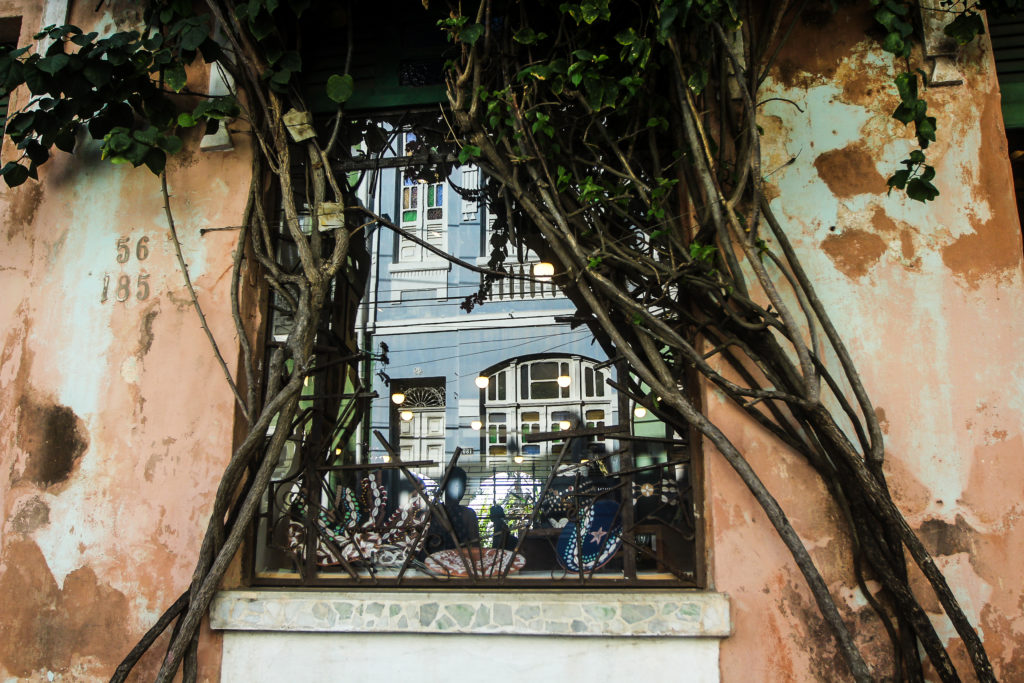 Colorful colonial houses, one close to the other, many of them with Bougainvillea flowered in shades of reddish rose and hot pink, rising up the walls. This is the scenario of the streets at Santo Antônio Além do Carmo neighborhood, in the Historic Center of Salvador. There, there are plenty of windows to photograph.

This is the case of Casa Boqueirão, a collaborative store that unites Art, Design, Fashion, Accessories and a café. There, you can find prints, shirts, backpacks, sculptures, paintings, handmade accessories such as glasses and jewelry, as well as carefully chosen decoration pieces. Everything there has a reason to be and a story. The store is cozy and, in addition to doing good shopping, you can have a coffee and eat a cake, pie or snacks. Learn more at this link.

And look how cool. There is also the Casa-Museu, a manor house made up of two big houses, listed by the Ministry of Culture in 2008. The owner is the art dealer, photographer and art collector Dimitri Ganzelevitch. He is French of Russian origin, born in Morocco, and has lived in Salvador since 1975, living in Santo Antônio Além do Carmo. Learn more about the Casa-Museu at this link.

The first mansion, restored after 1985, has characteristics of the mid-19th century. Windows, doors, flags and original floors were maintained. In 2004, the neighboring ruin was rebuilt in a totally contemporary spirit, maintaining the façade of the 1940s. This is where Casa Boqueirão is located.

Spread across the Casa-Museu, a collection of art objects is partially exposed. From Roman, Islamic, European and American pieces, as well as 19th century paintings, to more current pieces, also from different origins. In the other building, the store operates.

In the garden, there is an arena theater called Elena Rodrigues – a great supporter of the soirees at the manor – for 80 spectators. Before the restoration, there were only two concrete slabs. In the summer of 2020, Casa Boqueirão, managed by visual artist Alfredo Gama and architect Tânia Póvoa, hosted super interesting events in this space. Whoever was able to go could enjoy an excellent cultural program and a sunset facing the All Saints Bay. Wonderful!

During the pandemic of the new coronavirus, Casa Boqueirão is functioning in two ways: virtual visit, where a person shows you the products on your cell phone, in real time, and assists you with the purchase. You can call whatsapp 71-999832484 and find out more information. The other way is by appointment, for only 4 people at a time, following the security protocols. Learn all about it at this link. 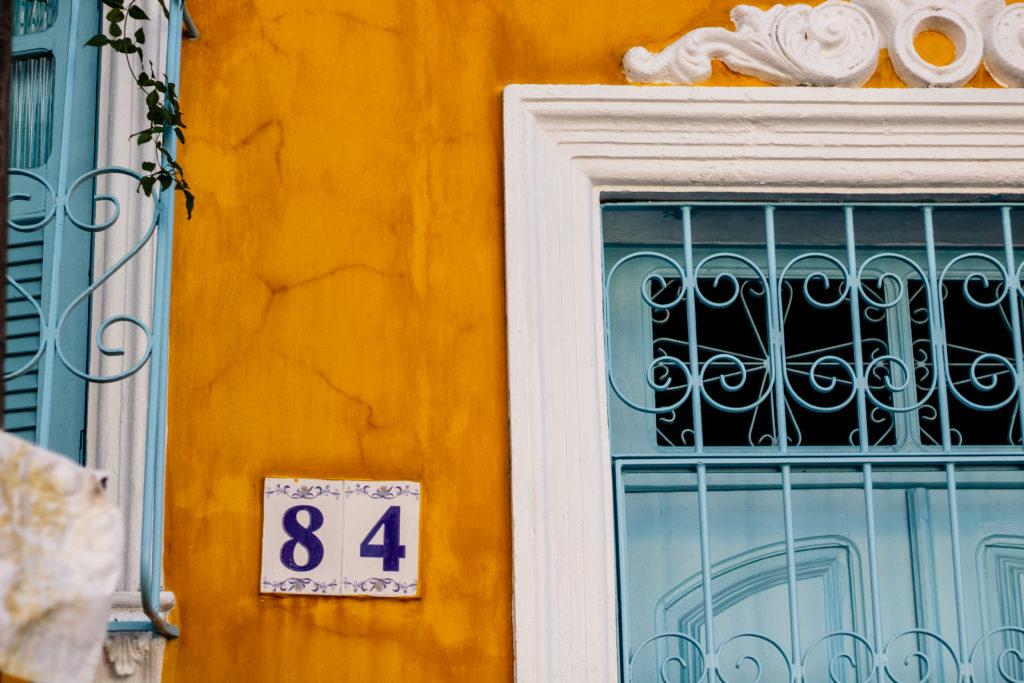 The Historic Center of Salvador, combined with a unique topography, has a landscape basically formed by buildings from the 16th to the 19th centuries, in which the monumental ensembles of religious, civil and military architecture stand out.

When you get ready to take a photo, try to know also the whole history behind the buildings, so the tour will be complete. For example: due to the richness of its buildings, the Historic Center was inscribed in the Book of Archeological, Ethnographic and Landscape Heritage in 1984. On December 5 of the following year, its inscription on the World Heritage List was ratified by UNESCO. Cool, uh? Santo Antônio Além do Carmo is full of these buildings, which is the case of this beautiful little house in the photo. Learn more at this link.

Nowadays, the neighborhood has been increasingly frequented by famous people who, over the years, have been buying properties there. Which was the case with Regina Casé, whose house has one of the most photographed façades in the place. The renovation was designed by the Bahian architect David Bastos. He brought together two houses from the 18th and 19th centuries, without changing the façades, listed by the Iphan (National Institute of Artistic and Historical Heritage). There are a total of five floors, two above the ground floor and two below, with a total area of ​​652.10 m².

Some buildings have real gems inside. See some in the article “You will be surprised by these 3 centenary mansions of Santo Antônio”.

Find out more about the neighborhood

Santo Antônio Além do Carmo is one of the oldest neighborhoods in Salvador. Its first record goes back to the 17th century. Limited by the neighborhoods of Barbalho and Carmo, it starts at “Cruz do Pascoal” and goes to “Largo do Santo Antônio Além do Carmo”, officially called “Largo do Barão do Triunfo”. The term “Além do Carmo” refers to the gates of the city of Salvador, which, in the first century of housing, had an entrance at Convento do Carmo.

The oldest medical school in Brazil 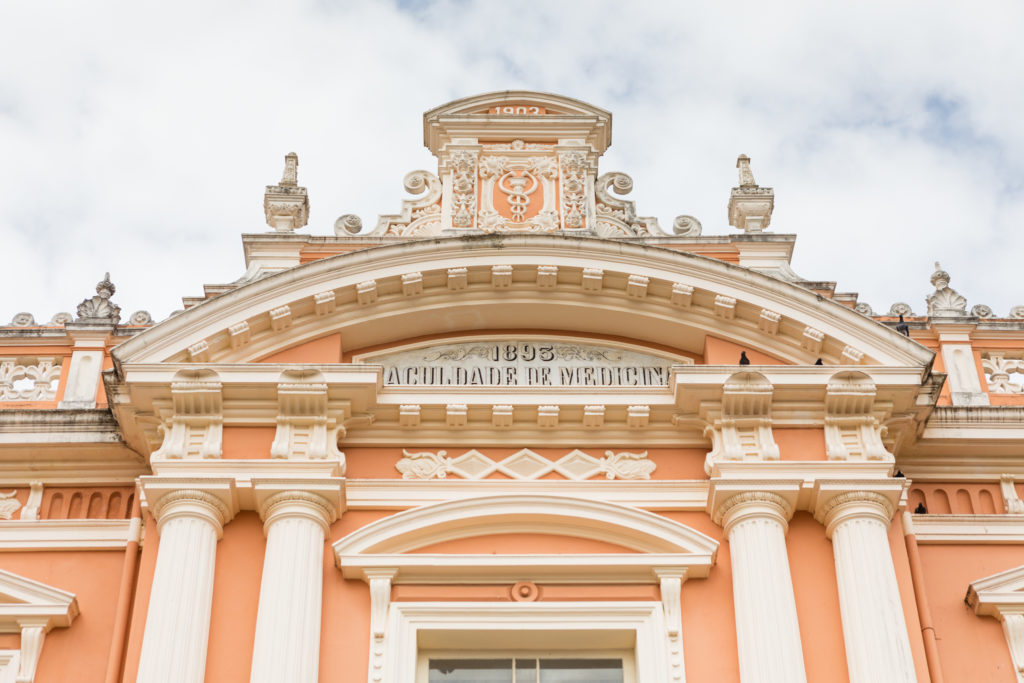 This big salmon-colored building (or light orange, if you prefer), at Largo Terreiro de Jesus, in Pelourinho, is the historic headquarters of the UFBA Medical School (Federal University of Bahia). This is the oldest medical school in Brazil, created on February 18, 1808, under the influence of the Pernambuco doctor Correia Picanço, shortly after the arrival of Dom João VI in the country, under the name of “Escola de Cirurgia da Bahia”.

Through this faculty, several names of Brazilian science (such as Nina Rodrigues, Juliano Moreira, Pirajá da Silva, João Targino) passed by and it was extremely important in several historical moments in Brazil, having, until today, stood out in the Bahian and Brazilian scientific and cultural scene. The entire history of the course is cataloged in the collection of the “Memorial da Medicina Brasileira”, the most important documentary of medical education in Brazil.

Did you admire it from outside? Did you take your photo? Well now, come in. The UFBA Afro Brazilian Museum (MAFRO) is inside, as well as the UFBA Museum of Archeology and Ethnology (MAE). MAFRO aims to do a job of preserving, valuing and disseminating African and Afro-Brazilian cultures. MAE’s vocation is related to the perspective of investigation and disposition of Brazilian indigenous cultures.

Created in 1974, MAFRO was inaugurated on January 7, 1982, and is a space of identity and memory. There, you have access to the collections referring to African and Afro-Brazilian cultures, with the aim of strengthening relations with Africa and understanding the importance of this continent in the formation of Brazilian culture.

Its original project, from 1974, conceived by anthropologist and photographer Pierre Verger, was developed in the early 1980s by architect Jacyra Oswald and ethnolinguist Yeda Pessoa de Castro, among other professors and researchers at the Federal University of Bahia and external consultants. Between 1997 and 1999, under the coordination of Museologist Marcelo Cunha, with the participation of a team of consultants, MAFRO underwent a process of renewing its exhibition, which has been periodically resized, with changes in recent years. Learn more about visitation in this link. Learn more at this link.

The Museum of Archeology and Ethnology (MAE) is “younger”, it was created on September 27, 1983 by professor Valentin Calderón, one of the first systematic collectors of archaeological material. The Museum was opened shortly after the teacher’s death. It has a very rich collection and ethnology collection. Learn more about visiting at this link https://www.agendartecultura.com.br/museu-de-arqueologia-e-etnologia/

The House of Blue Tiles 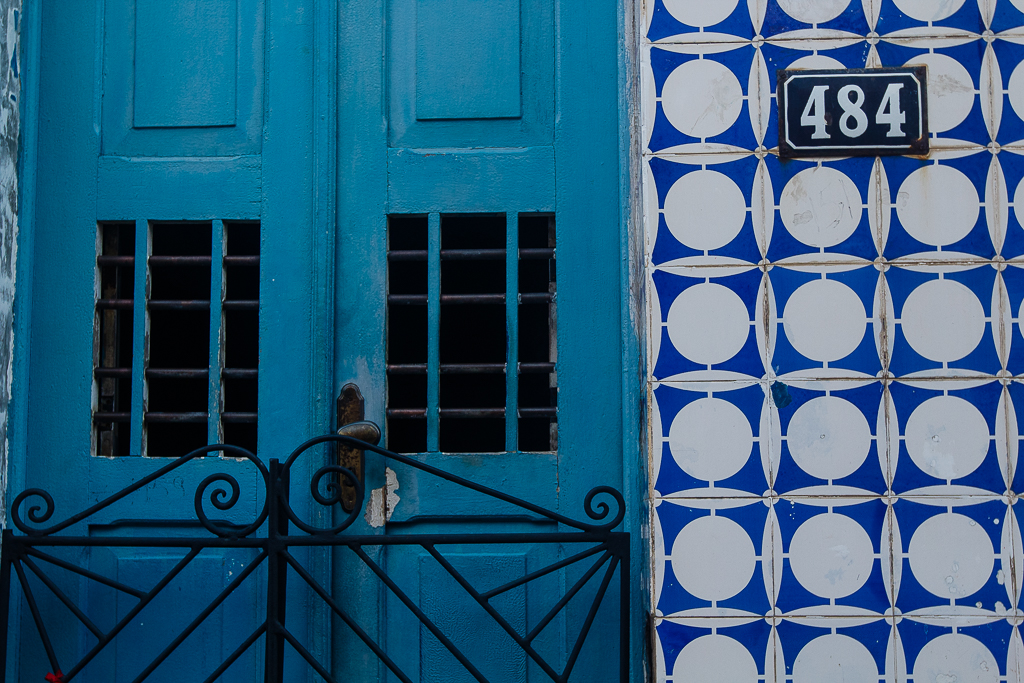 A stronghold of plastic artists, writers and musicians, Santo Antônio Além do Carmo is one of the most beloved neighborhoods in the Bahian capital. It has a country town atmosphere, with a parish, a bandstand, a square and that window chat between neighbors.

Residents preserve popular culture, but the cosmopolitan atmosphere is present in good restaurants, galleries, ateliers, cafés, inns, hotels, Boutiques and bars full of originality. Good music is also present everywhere, such as performances by Jazz, Ska and samba circles. In fact, one of the best known sambas takes place in the courtyard of the Santo Antônio Church, and the priest himself serves you cachaça. You can only see it in Bahia!

During your photographic tour, also choose one of the several houses with hydraulic tiles, some modern like the one in the photo and others from the past. The diverse decorative patterns are found in several historic buildings in Salvador. In the construction of the city, they were widely used between the 19th and part of the 20th centuries, executed by hand, but with a technique that required the application of innovative methods for the time.

If you got curious and want to get deeper into the subject, Pelourinho has a perfect place to learn about Portuguese, English, French, Dutch, Mexican and Belgian tiles and ceramics. More information on this link 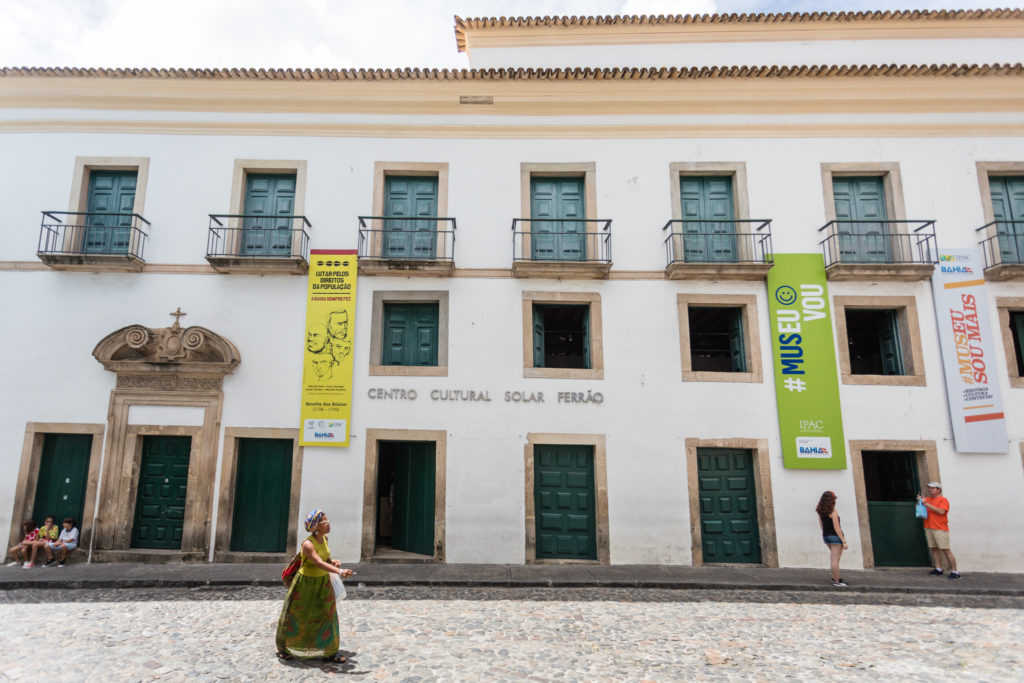 Located on the corner between Rua Gregório de Matos and Ladeira do Ferrão, in Pelourinho, the green doors, decorated with swirls and reliefs will soon make you stop for a pose in front of it.
This is the Solar do Ferrão Cultural Center, a noble mansion built between the 17th and 18th centuries, located in an area of ​​great slope, therefore having three floors in front and six in the back, in addition to a basement. The two doors on the main façade, where you made your photo, date from 1690 and 1701.

Inside, there is a dynamic space of art, culture and memory, installed in one of the most important monuments of Salvador Historic Center. Considered the “noble house” of Pelourinho, it was the residence of the Maciel family until 1756, when it started to house the Jesuit Seminary. Between 1793 and 1814, it belonged to Pedro Ferrão, from whom it inherited the current denomination.

It houses the Solar Ferrão Gallery, the Abelardo Rodrigues Museum and four collections: the African Art, the Popular Art, the Walter Smetak Collection and the Emília Biancardi Traditional Musical Instruments Collection. Worth the visit too. Find out more in this link.