Discover the mysterious history of the typically Soteropolitan chocolate pie 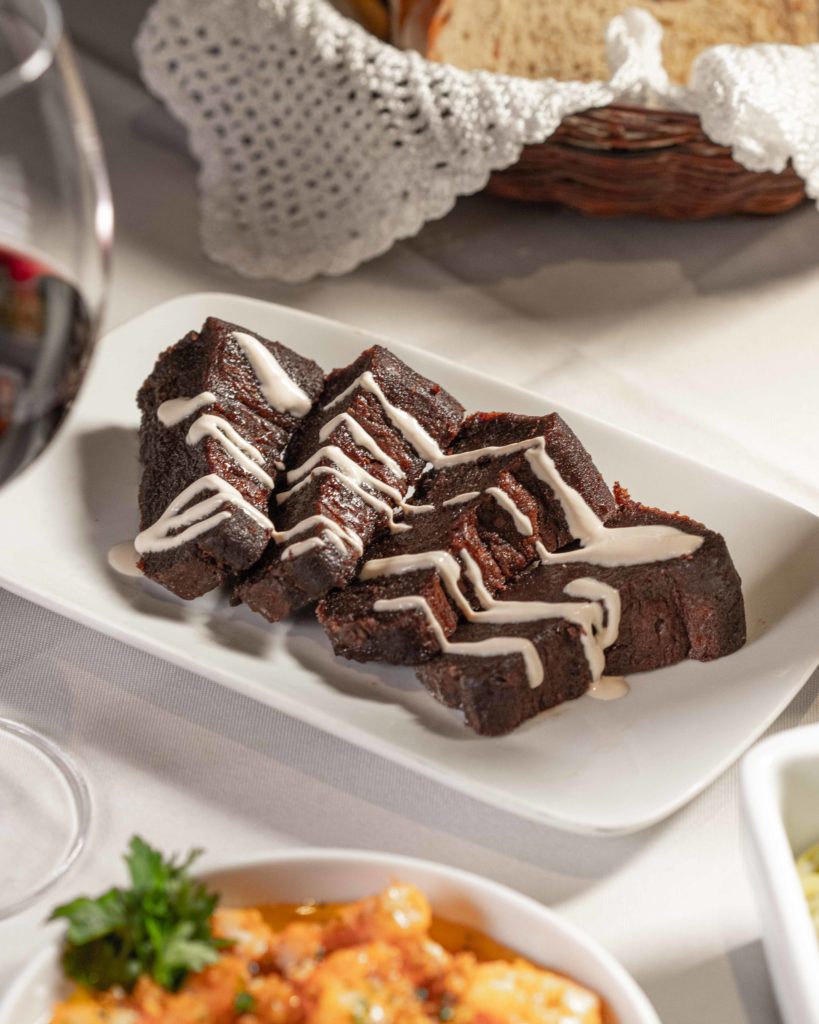 When we think about Bahian cuisine, a beautiful moqueca, or acarajé, abará, vatapá, caruru, lambreta, a good slice of fried fish and so many other delicacies, almost all with palm oil, comes to mind. For those who like sweets, they should be thinking now about a capelinha popsicle, umbu or cajá flavored, a warm bolinho de estudante, taboca and cocada. And do you really know all the delights of Bahian cuisine?

Among the darlings of Bahia, there are two stars of this “Hall of Fame” that most people from Brazil are unaware of: the pãozinho delícia and the torta Búlgara. We’ve already told you the story of the most beloved bread roll from Bahia and now we’re going to tell you a little about this wonderful – and mysterious – chocolate calorie bomb.

The recipe for the Torta Búlgara is simple, with only four ingredients: eggs, powdered chocolate, sugar and butter. No wheat flour, no milk and very creamy, it looks like a deflated cake, with a thick rind. It seems strange, but believe me: take the first spoonful and get ready to fall in love. Usually accompanied by sour cream or ice cream, it is sweet in the right measure, reminds a little of French petit gateau and American brownie pie.

And it only comes from Bulgaria if the country is in Porto da Barra, or near Corredor da Vitória, because believe me: the pie was born here in Salvador. If you’re from out of town, you’ve probably never heard of this delight. Typical from Bahia, it has a mysterious origin. You will find people who say that the recipe was created a long time ago, maybe even when wheat flour was rare. But the fact is that the Torta Búlgara has conquered popular taste and is now present in almost all dessert menus in restaurants, sweet shops and coffee shops in the city.

Many speculate about its emergence. One of the most famous and beloved delicacies chef in Bahia, Aldacir dos Santos, Dadá, presents a version very similar to the pie in her restaurant “O Sorriso da Dadá”, in Pelourinho, Historic Center of Salvador. Did she invent the Torta Búlgara? We’ll never know that answer. But here’s the tip: when you go to her restaurant, look for the dessert called “Negão da Dadá”, then you tell us what you think.

Another interesting version is that of the publicist Guilherme Caccicco’s family. He says that his great-grandmother, Dona Maria da Pureza da Silva Costa, was a sweet baker, but she only made candies for family members and people close to the family, and she didn’t do it for the money, but because she really liked it.

“We have a book here at home with the original recipe. My great-grandmother made the pie for the family. The Torta Búlgara was originally called Torta de Búlgaro. Now, the reason for this name, not even my mother can say. I think that at that time, the Torta Holandesa (Dutch pie), the Torta Alemã (German pie), already existed. Anyway. And then she must have given its name for this reason,” says Guilherme.

Two facts give a clue as to when the recipe came about: one is that Guilherme’s great-grandmother, his mother’s grandmother, was already making this recipe for 65 years, when his mother was around 5 years old. Another piece of information that is part of the family memories is that Marília, Guilherme’s grandmother, remembers eating the pie (Torta de Búlgaro at the time) since she joined the family when she married the son of Dona Maria da Pureza, that is, since 1943 .

“It (the pie) has always been a success in our family, passing from generation to generation, and it is like this until today”, says Guilherme.

He explains that, after years, the family opened a restaurant and the recipe ended up being put on the menu. The pie became famous, several other restaurants wanted to and made their own versions of it, and probably that’s how the story began.

“In 1987, my uncle Sérgio Camélier opened the Double Gulla restaurant, in Itaigara, and later Lá Gulla, at the Ondina Apart Hotel. Dona Maria, a cook who worked for years in the family and directly with my great-grandmother, took this and other sweets recipes to the restaurant, then disseminated the recipe”, he recalls.

According to Guilherme, today’s recipe has some modifications. A very important thing is that the original Torta Búlgara takes, instead of cream, a vanilla syrup that makes it a thousand times better.

“Most places don’t make the original recipe, which ends up being very expensive, so the real Torta Búlgara remains a tradition – and almost a family secret,” he says.