A personal account of this virtual tour of the city 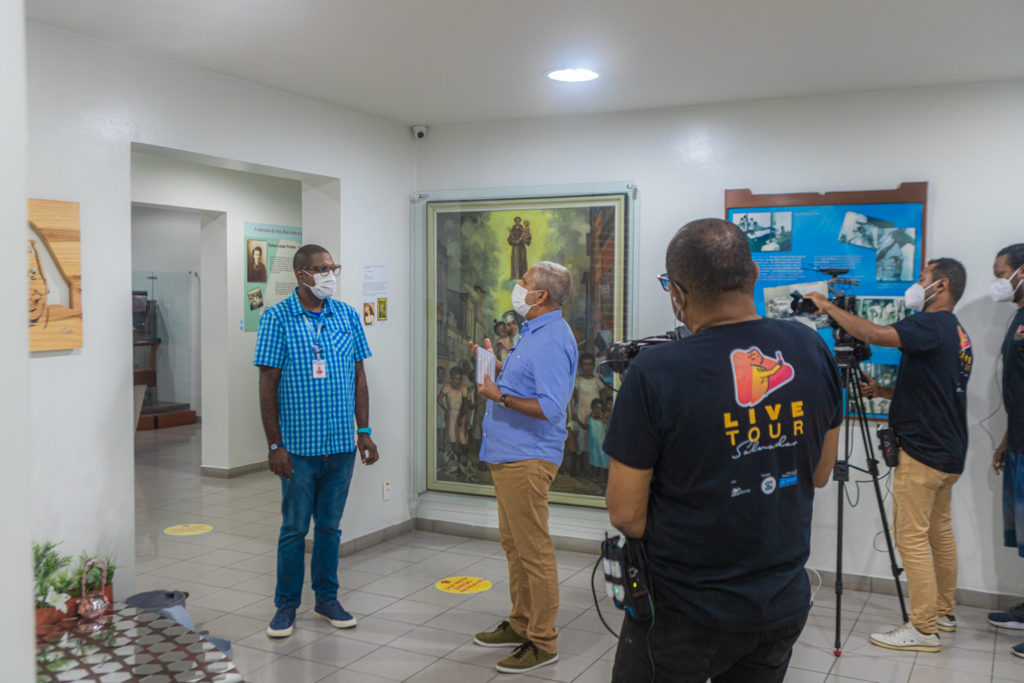 I didn’t imagine that I would surrender to the charms of such an interesting experience. I confess that, although I didn’t think twice when I was invited to present it, at first I got a little unsure, I didn’t think that was my thing. What I really know how to do, as I have done over 40 years of work, is tell stories. Commanding live broadcasting was not part of the tasks I master and that give me pleasure, I thought.

It didn’t take long and I started to realize that the challenge was much bigger than the simple live presentation to promote Salvador. What I was doing was exactly what I know and like: reporting, telling stories on TV. The difference was the shape, the “redneck” way, something impossible to change. The responsibility for success or failure was partly mine. The achievement of the successful project, or the blame for the failure, would fall on whoever invited me, of course. 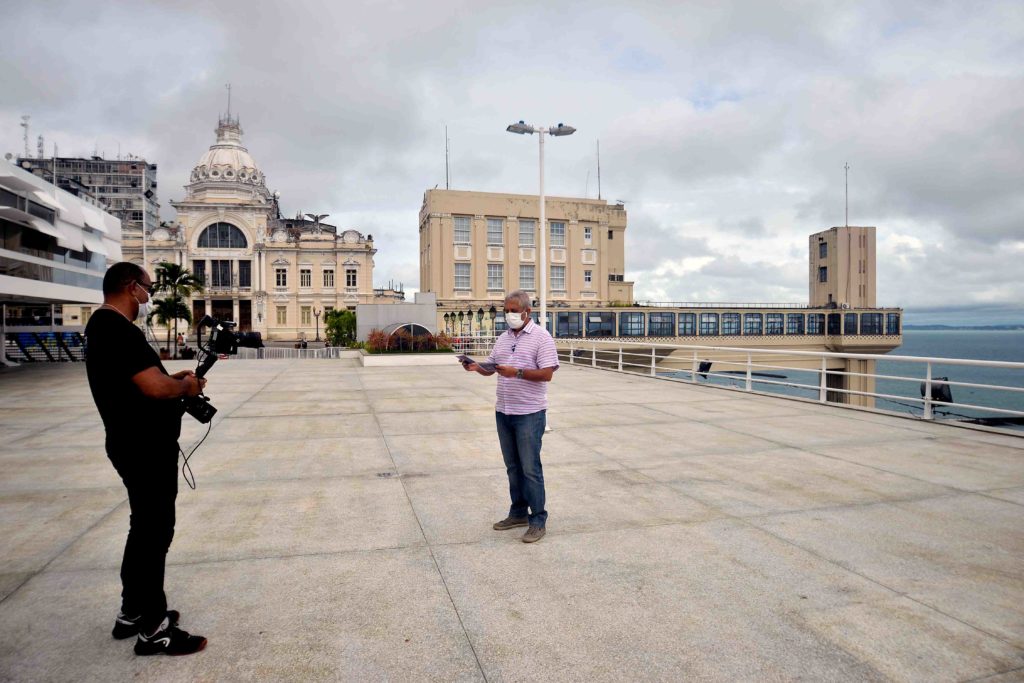 The assembled structure resembled a movie set, with due proportions. There were 3 cameras, drone, audio operator, production, screenwriter, editing room and director. 50 professionals in total. The presenter had nothing to complain about, on the contrary, only to praise. A finely tuned, exemplary work team, led by the experienced Director JP Costa, coordinated by Bruno Lage. And it was in the company of so many competent people that I suddenly found myself making report with a “live broadcasting” title. In fact, great reports. And with the difference, previously unimaginable, of being live for Bahia, Brazil and the world. For those used to telling recorded and edited stories, the experience of entering the intimacy of the beautiful Salvador city live, with images, interacting with tour guides, researchers, historians, adding information, was a rewarding exercise, as well as a great learning experience. I was there, live, telling good stories.

All points shown were carefully chosen. And, despite knowing them reasonably well, some of them positively surprised me, such as the Beach Clubs – Lôro’s is one of them, with excellent structure and feet on the sand; the Restaurante da Preta, on Ilha dos Frades, which has already become a tourist attraction and where, in addition to the architectural charm, you can eat very well; Senac’s school restaurant and the Museum of Bahian Gastronomy (Museu da Gastronomia Baiana), with so many ancestral stories. How not to applaud Renata Presépio’s zeal to preserve the “Poetinha” collection at Casa Di Vina? And the Memorial at Jorge and Zélia’s house (Casa do Rio Vermelho), so well managed by their grandchildren, Jorginho and Jonga Amado.

Speaking of the most exciting places, I highlight the Sanctuary of Saint Dulce of the Poor, a place that always moves me, no matter how many times I visit. The same goes for the Churches of Bonfim, of São Francisco, and the Catedral Basílica.

I’m from the interior of Bahia, proud of the my homeland and I don’t get tired of walking the streets of my beloved capital. Especially around Itapuã, Rio Vermelho, Barra and Pelourinho. Even more in the always-welcome company of dear friends, such as actor Felipe Veloso, journalists Pablo Vasconcelos, Luana Souza and Larissa Meira. It was an honor to share the presentation with them. It was a privilege to have participated in this project, which has already entered the history of the Bahian capital, called Live Tour Salvador.
The Salvador City Hall project, through the Municipal Secretariat of Culture and Tourism (Secult), had an important partnership with the Brazilian Association of Travel Agencies (Abav). The proposal was to strengthen domestic tourism and I have clues that we have reached the goal, such is the amount of people watching in real-time and interacting through social networks.

For those who followed the live broadcasts of the 11 editions, here is my thank you. It was very important to have you there with us. If you haven’t seen it yet, I invite you to get to know Salvador through this tour full of beautiful images and good conversations with tour guides, historians and guests. See you next time!