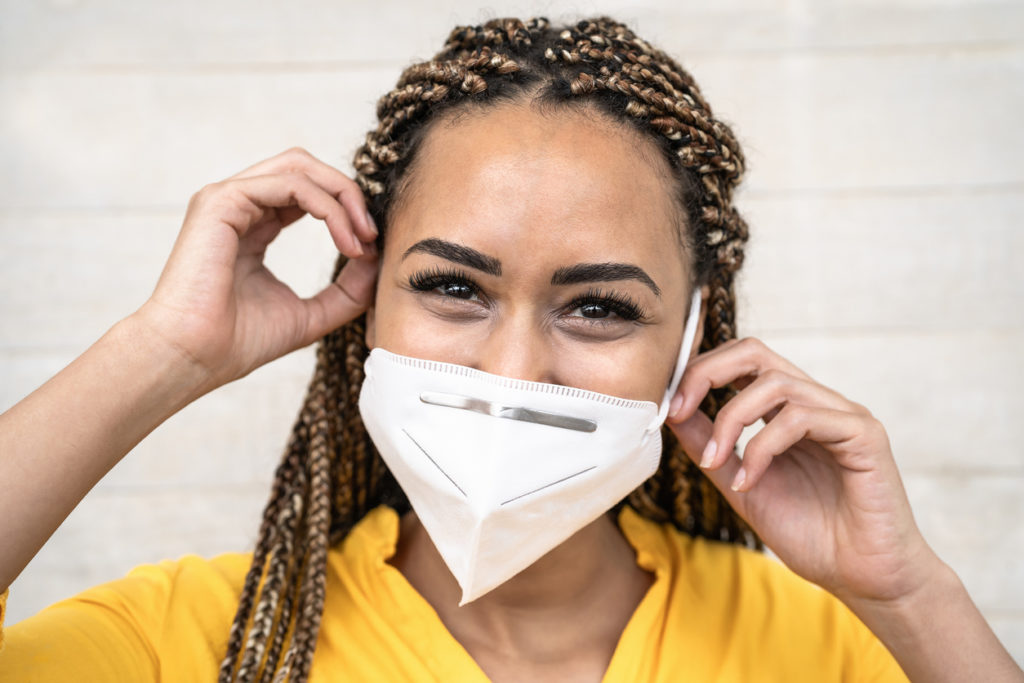 Walking through the streets of Salvador is to be sure that we will see a wide variety of African braids and hairstyles, of different shapes and forms, adorning the heads of men and women. Many people do not know, but according to information from journalist Juliana Henrik on the Voz das Comunidade portal, the African braid, specifically the nagô, is quite old in Africa and the hairstyles cover different social areas. Religion, kinship, state, age, ethnicity and other identity attributes can be expressed through hairstyles.

According to the publication, “ethnic terms such as Nagôs, Angolas, Jejes and Fulas represented identities created by the slave trade and each term contained a range of enslaved tribes from each region”. But what many people did not know is that the divisions and the recognition of these tribes were made from the design and observation of each hairstyle, which always had a map to help locate its members.’

With the enslavement process of African societies in the early 15th century, hair also played an important role as a conductor of messages, as part of a complex system of languages. According to Juliana Henrik’s publication, the manipulation of hair was a way of resistance and of maintaining its roots. “The braids also served as a backdrop for various movements such the Civil Rights March in the United States and the appearance of black movements like Black Power and Black Panthers, who fought for rights and praised Afro culture.”

That said, we can understand the wide variety of African braid styles, ranging from complex curves and spirals to strictly linear composition. But what we often do not is listen and learn about the history of the owners of the talented hands that decorate the heads of the Soteropolitanos. Now get to know the history of some of them, which are inserted in the Curuzu neighborhood.

And why get to know who goes up Ladeira do Curuzu?

Until 2017, Curuzu was a street in the Liberdade neighborhood. However, as it grew in relation to its autonomy and identity, it was included in the list of neighborhoods in Salvador, through No. 9,278 / 2017 Municipal Law. The choice to present the history of the neighborhood’s trancistas is due to the connection of this place with the Afro-Brazilian culture, which has existed since the beginning of the occupation of the place.

There, there are several candomblé terreiros, among them the traditional Ilê Axé Jitolu and Terreiro Vodun Zo Kwe that, in addition to religious activities, were pioneers in carrying out cultural and socio-educational activities for the community in favor of Afro-Brazilian culture and against the racism.

As of 1974, Curuzu gained another reinforcement: Ilê Aiyê, the oldest Afro group in Salvador’s Carnival, founded by neighborhood residents. Ilê Aiyê is a cultural group that promotes culture of African origin in Brazil.

Currently, the group maintains a cultural association, being considered a heritage of Bahian culture, a landmark in the process of re-Africanization of the Carnival of Bahia. It is also characterized as a black militancy entity, with actions that value culture and combat racism. One of these actions is A Noite da Beleza Negra, the biggest beauty contest and exaltation of black women in Brazil, which takes place since 1975 and elects the Goddess of Ebony (Queen of Ilê).

Born in the neighborhood of Pero Vaz, Itana Sara Santos had a difficult childhood, as she was raised by women who always worked to support the family. As a teenager, she moved to Curuzu, where she learned to braid hair.

“This happened because my mother was not able to pay a trancista. I learned out of necessity, to do my self-braiding and also earn money from it to help support the family”, she explains.

Currently, at the age of 29, she does all kinds of African hairstyles, nagô braids and applies the techniques of crochet braids in her own salon, Orí de Ouro Hair Studio. The public that served is formed, generally by black women, of low income, who are in hair transition phase.

“My priority is to help these women discover their own identity, exalt their beauty, making them discover the texture and beauty of their own hair, thus making peace with the mirror and with self-esteem”, highlights the transwoman.

A resident of Curuzu, Heliene Teles (Afrele Teles) is the daughter of two street mobile vendors and is the youngest among four sisters. In her early teens, as she moved through the streets, she began to observe the similarities between women in the neighborhood.

“Whenever I walked through the street alleys, I saw those beautiful black women parading through the neighborhood with their braided hair and beautiful African hairstyles. I also saw my mother getting ready to go to sell things at parties and my sisters decorating themselves to go to school. As this type of service was expensive at that time, my mother ended up not being able to pay to do the hair of the four of us, and I, being the youngest, was always left out,” she says.

But anyone who thinks she has given up, is wrong. What could be cause for discouragement, in fact, prompted her to move on, and at the age of 13, she began to learn the techniques of African braiding.

“I used my sister as a guinea pig, because, until then, I had only seen one person do the braids, but I had never stopped to do it. I made her nagô braids and realized that I had the gift for it. At first, I spent four days doing my sister’s hair as a short bob. But I got better and today I have a store in the center of Salvador, Linda Arte Hair, a specialist in hair extension, Afro braiding, dreadlocks, Afro hairstyles, among others”, she celebrates.

Born and raised in Pero Vaz, Elaine Cristina Silva Lima de Jesus is the daughter of a housewife and a security guard. She is the youngest of the three brothers and considers that she had a simple but very happy childhood. At the age of 17, recognizing the need to seek a position in the job market, she started braiding hair in a professional course at the Ilê Aiyê Cultural Association.

“I already knew how to braid, but I became professional thanks to Ilê Aiyê. Until then, my self-esteem was very low, I didn’t accept myself, I didn’t think I was beautiful, nor did I like the features of my face, that is, I didn’t recognize myself. Only after this course did I start to recognize myself as a black woman and for that I am very grateful to this institution”, she highlights.
After recognizing her own identity, Elaine decided to bring about change in the lives of other women, creating her own salon, specializing in Afro aesthetics.

“The profile of Ori Candaces is to take care of the aesthetics of the ori (head) of the black women of our city, because the greatest difficulty of acceptance is in us, due to so many situations of prejudice that we are exposed to on a daily basis”, explains the trancista.

“When the girls arrive, they leave knowing that they are being crowned, knowing the meaning of each braid and aware that our braids tell stories of our ancestry”, she points out.

A dancer since she was 6 years old, Monique Ellen Silva Santos had her childhood marked by the separation of her parents and the dream of uniting them again, this being her main request for the letters she wrote to Santa Claus at Christmas. With the distance from her father, she gave up this idea in her teen years and, in addition to her mother’s love, started to have the main male references in her grandfather and stepfather. She started braiding her hair after giving up on becoming a professional dancer at the age of 15.

“Since I was a little girl, I saw my mother braiding the neighbors’ hair, I saw that they left feeling beautiful, invigorated, with bright eyes, and I was impressed. With that, I started to do hairstyles little by little, at the age of 17, watching and asking my mother for guidance. And today, at 21, I do it professionally”, she explains.

Nicknamed as a Woman of phases, Monique considers herself inspiration for many of her clients, as she always seeks to change her look and feeds her personal page on instagram (@oxe_elenoficiall), showing these changes.

“My clients, in general, want to try new things, they want to change their look. And there are those who are going through a hair transition and go there to look for alternatives so that this can happen without lowering their self-esteem”, explains Monique.

Working with nagô braids, twists, organics, hairstyles, box braids and interlaces, Monique feels fulfilled with the work she does and summarizes it:

“When I finish a hair, I see the twinkle in my clients’ eyes and that is a satisfaction for me. I am invigorated, because I see the smile and the posture of an empowered woman”, she concludes.

About the collaborator: Cristiele França is Ekedji from Ilê Asé Oya Mesi. She is a journalist, makes the Mojubá program of the Metrópole Group and is a press officer at the Municipal Department of Education. It’s worth knowing her YouTube channel at this link.