Bahia is in vogue

Big companies in the fashion world have Salvador as their source of inspiration. In particular, the Rio brand FARM, which made a true declaration of love to this land 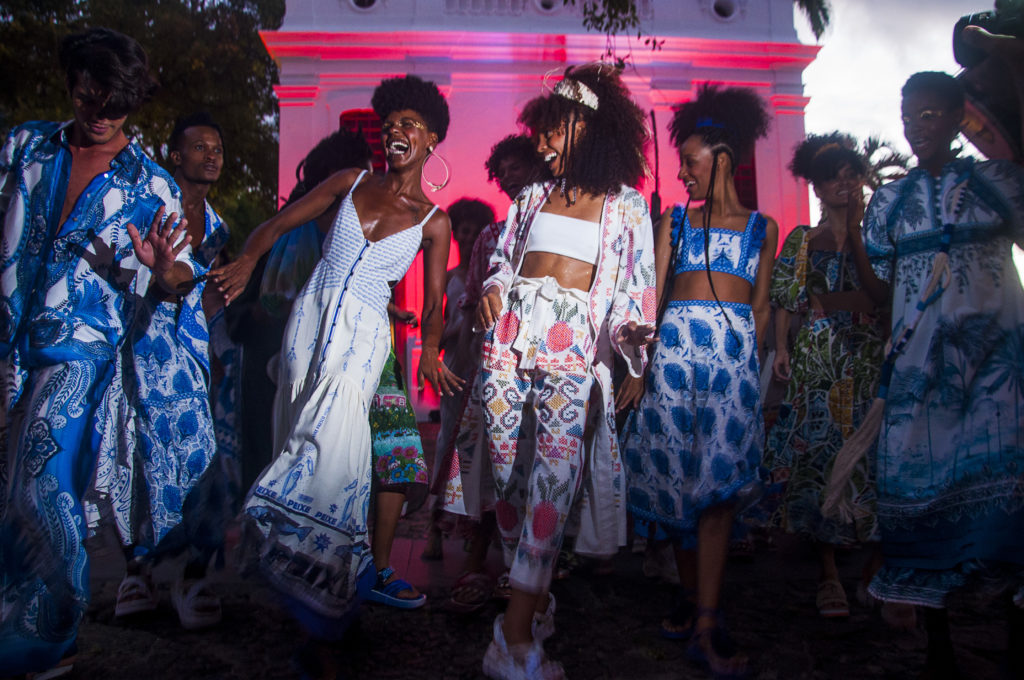 Fashion in Brazil, currently highly regarded worldwide, is known for its creativity and originality. But the recent “Fast Fashion Era” has distanced world fashion from its main concept: art, where product development is also meant to express ideas, emotions, and ways of seeing the world. And around here it hasn’t been different. We seemed to be doomed to copy, to do more of the same, surrendered to overconsumption.

Thanks to Our Lady of fashionistas, a lot has been changing. What draws the most attention is the behavior of the fashion consumer, who wants to know how the product has been made, the materials that were used, even the values ​​used in each piece. More than that, he wants to know the stories behind the collections, and especially who are the people involved in the process, what they do, what they think, what they read, what they hear. Fashion today connects people.

And this really seems to be the great turning point of fashion: the relations between culture, art and their people. In line with this thought, great works have been presented, full of meanings and, mainly, representativeness. This includes the Rio brand FARM, Ipanema Sandals, Grendene Group and Marie Claire magazine. And do you know what they have in common? In their latest releases, everyone has Bahia as their source of inspiration.

A creative immensity in Bahia 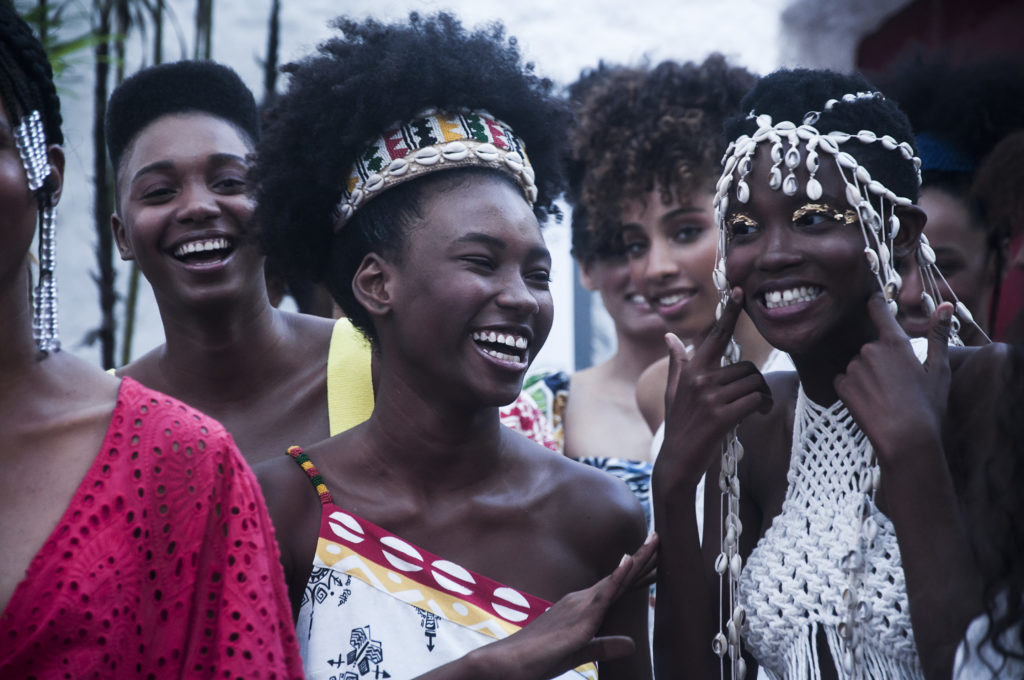 The sunset on that October 4th seemed to have been ordered. The perfectly placed clouds left the sun’s rays with a diffused light in the fullness of that blue sky. The parade began and amazed everyone: a true reverence for Bahia with prints that showed all the love and poetry present here. In the Museum of Modern Art, facing the All Saints Bay, Bahians and cariocas who are passionate about fashion reached another astral plane with shows by Gilberto Gil, Luedji Luna, Cortejo Afro and Bloco Afro Olodum.

This was the FARM convention in Salvador, a beautiful experience. The brand is known not only for selling clothes: it speaks of concept, lifestyle, printing values ​​with each release. With the Oxe! High Summer collection, it has made a declaration of love for Bahia, going beyond just dressing people with every piece of clothing that has been created, but also leaving people wanting to know this country-state deeply, and especially our São Salvador. 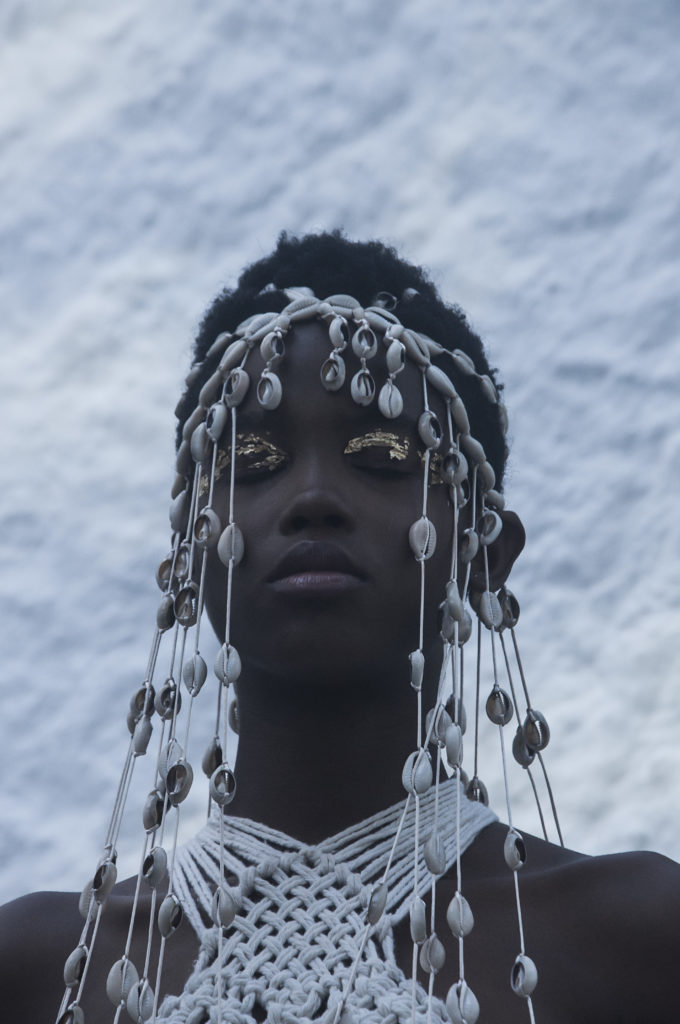 Along with the Rio brand are Alberto Pitta, Gilberto Gil and Olodum – unpublished partnerships that co-created part of the collection’s pieces and helped tell this story from the inside out. According to the company’s creative team, this collection is a dream that has been lived for over a year by many hands and eyes.

For 21 years, the look at Brazilianness has been FARM’s direction. And after the first stores in the United States and the entry into the international market, the quest to register Brazil’s multicultural greatness became even more latent. Recognizing the immensity of our own country was the motto for the pieces development. The brand’s creative team came here to get inspired, such is Bahia’s immensity!

“It was a great pleasure for me to receive this invitation from FARM to make this (High Summer) collection. A collection that is super Bahian, which comes from my story with the Afro Blocks. Then people will see a kind of insubordination in motion. Artistic pieces that everyone will be able to wear, since Bahia knows how to make it like no one else. But now it’s going to be all over Brazil and at FARM stores outside Brazil”, says Alberto Pitta. 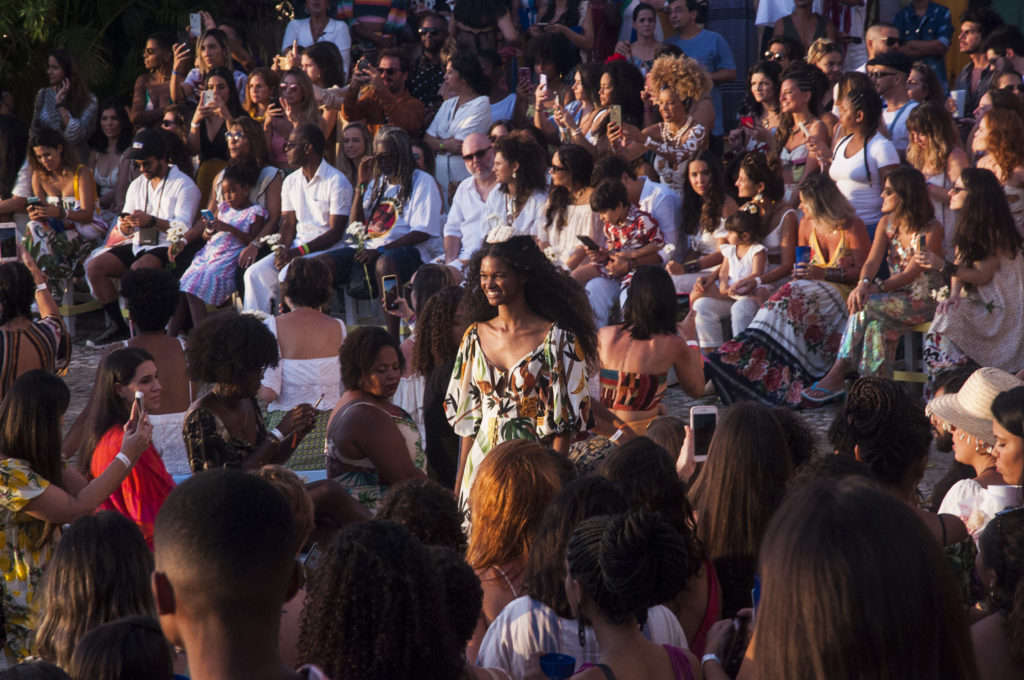 Alberto Pitta, son of mother Santinha de Oyá, Bahian plastic artist, creator of Cortejo Afro and one of the pioneers of the African Bahian stamping, offered a creative workshop for designers of the Rio de Janeiro brand in his own studio in the Pirajá neighborhood. From there was born “Andar com Fé” (Walking with Faith), a collection signed by him, in collaboration with the designers, which gives life to his origins and reverence the friendship that he has had, for years, with Gilberto Gil. The most important thing is, when buying any piece of “Andar com Fé” collection, the customer supports, along with the brand, the Oyá Institute, Bahian art and culture.

“The prints are what we call Bahian-African themed prints, with millennial signs and signs of Africas, as well as tools of Orixás, shells, resignifying and telling stories in the cloths since these prints have lyrics (of songs) by Gilberto Gil , among the prints, which is a great honor for me”, explains Pitta.

Andar com Fé is the name of one of Gilberto Gil’s iconic songs. Alberto Pitta and the singer are long-time friends and, at the invitation of the artist, he agreed to participate in the collection, which also honors his work in pieces, with part of the income reverted to the Oyá Institute, fostering the culture for young people of Pirajá. The print “Aquele Abraço” brings important musical references from his almost 65 years of career. In addition to this creation, the brand has developed silks and jeans pieces that interpret the songs “Eu vim da Bahia”, “Back in Bahia” and “Toda Menina Baiana”. 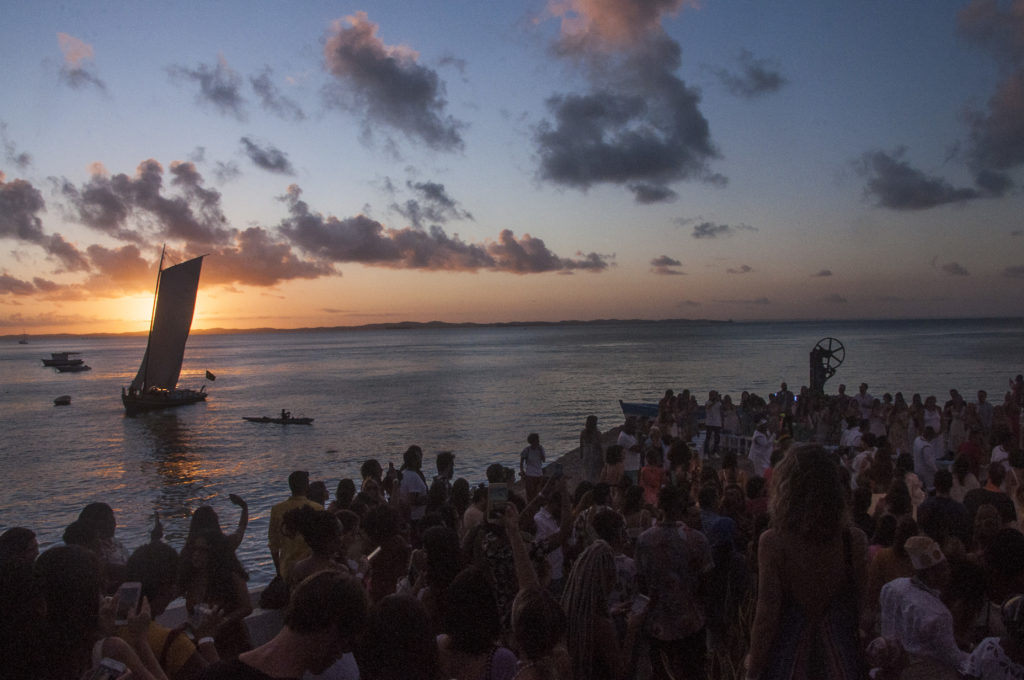 “Bahia is an aesthetic feeling”, phrase from Alberto Pitta.

With music as a starting point, the high summer campaign connected with the city by experimenting with various visual languages, bringing together several Bahias. There are references to Ilha de Maré, Feira de São Joaquim, Largo do Pelourinho, Paciência Beach among many other locations. The mini documentary filmed at Pelourinho, with casting signed by the Afro Olodum Group itself, with the special participation of singer Larissa Luz, was a celebration of the success of FARM’s collab with the Bahian group that had already started since last winter’s collection.

The campaign, directed by Carlos Mach – branding manager of the Rio brand – and direction assistance signed by Sirc Heart, a Bahian visual artist, brought a team of Bahian artists, including dancers and models, occupying symbolic spaces in the city of Salvador. Vera Passos, choreographer and teacher at the Cultural Foundation of the state of Bahia, signed the choreography.

In addition to the above partners, FARM joined a creative team from Salvador: makeup artists, filmmakers, copywriters, photographers, models and other professionals contributed to the collection’s results, respecting the Soteropolitan originality and the Bahian representativeness. To top it off, he also made a special catalog with all the characters involved in the process, telling a bit of their stories and their relationship with the city.

For those in Salvador, Pitta’s art can also be seeing at the installation “Trança’tlântico”, a work he idealized with the support of Vik Muniz, which tells the story of hair and hairstyles that crossed oceans on the slave ships. The installation will be on display for the coming weeks of October at the museum on Contorno Avenue. 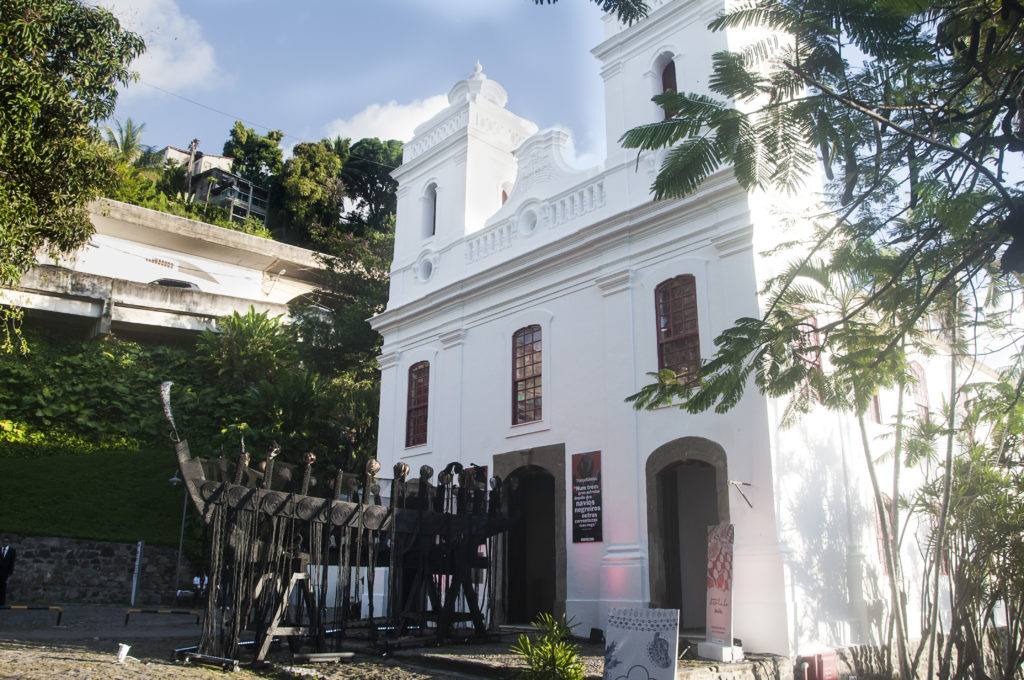 The sandals brand Ipanema has just launched this October the new collection of Ipanema Graffiti. One of the names chosen to illustrate one of the new models was the artist and muralist Nila Carneiro. The giant mural of Yemanjá in the port of the ships arrival is in the artist’s list of great works in Salvador. Ipanema chose her because Nila spreads her colors across the city walls, inspired by the feminine nature. Born in Feira de Santana, Bahia, the artist was invited by the brand because she believes that women need to occupy urban spaces and the arts, so Ipanema has a team composed mostly of them.

To celebrate 17 years of partnership between Grendha and Ivete Sangalo, the Grendene Group’s footwear brand launched, in the first half of September, the “Discover your origins’ strength” campaign. The action sought to honor the singer’s culture, bringing two personalities that were used as inspiration for the collection development. Goya Lopes – who has been printing African-Brazilian fashion for the world for over 30 years – has created the prints that illustrate the products, and Negra Jhô – a bartender who for more than 40 years has empowered women and their culture through her hair – was responsible for presenting braided art to Grendha’s design team.

In the September edition of Marie Claire magazine a strong team from this ancient land printed the publication’s pages. A great essay united the Bahian singer Luedji Luna and the content producer and Soteropolitan model Luana Nascimento. Together with the model and São Paulo actress Samira Carvalho, they were photographed by the also Bahian Helen Salomão. In addition, the Soteropolitan Luma Nascimento signed as a hairstylist in the HiLo article for the same edition.

Here in our land we also have many people doing very interesting and quality things. We have chosen different creators who translate into products what it is to be a Soteropolitan. Learn more at this link.

5 Bahian brands that you must know