A break in paradigms and a delicate sound journey

The importance of the vocal group that reafricanized Bahia, resignified rhythms and praised the orixás

I remember the first time I saw Mateus Aleluia. That night, the Black House Cultural Space was crowded. It was the recording of the DVD of the Sambagolá Popular Orchestra, which keeps alive the memory of Batatinha, one of the great masters of the Bahia samba. Mateus would play a part. Last preparations of sound and light, much talk. Behold, from above, all dressed in white, he begins to come down the stairs. Some people knew who he was, others did not. Some opened as a procession, others did not move. I stood there waiting. Until then, when they wanted to explain to me who he was, they said, “Mr. Aleluia is a living entity.”

He reached the patio, walked slowly through the instruments already positioned for the presentation, went towards the main door, and on the first step to climb, he stopped, looked back and returned. He went to one of the microphones, tapped twice, and with his eyes closed he began a beautiful, sonorous vocalize – I venture to say that in Yoruba. In a crescendo and uninterrupted sound, with a voice that reverberated in those historic walls and that softly reached the ears, little by little, one by one, the house was in its most complete silence. You could hear only breathing. He stayed there for a few more minutes and, with his eyes open, said, “I think the microphone is good. We can start!”. People collapsed on claps and laughter. 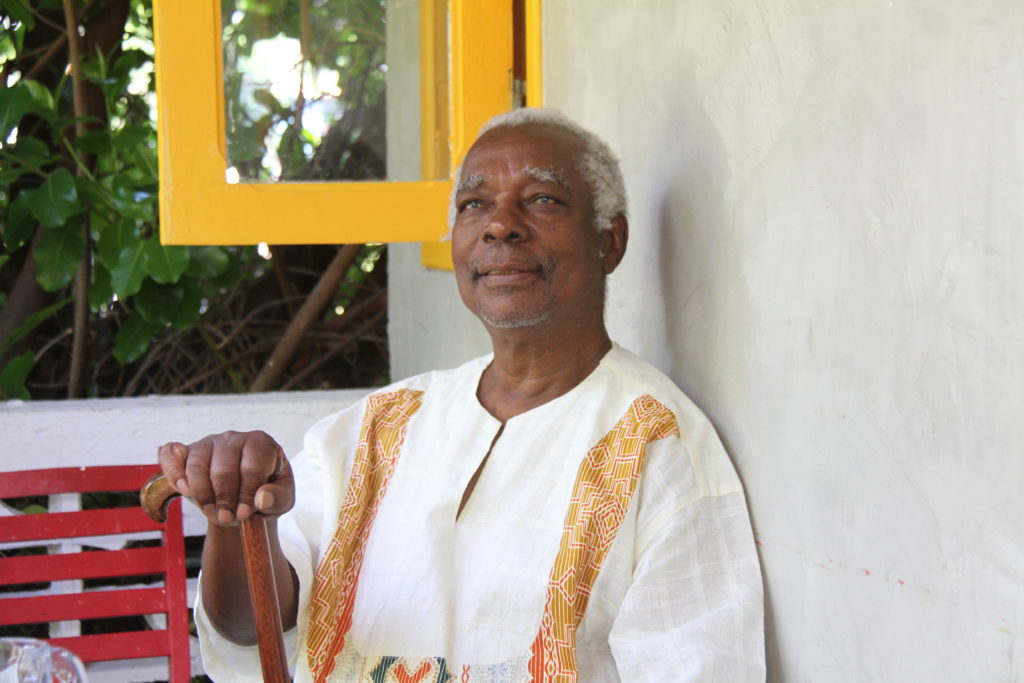 Cut for two years later, during the press conference for the release of the memory book “Nós, Os Tincoãs”, a multilingual project with a commemorative show and the re-launch of the group’s three main albums: Os Tincoãs (1973), O Africanto dos Tincoãs (1975) and Os Tincoãs (1977), released in the golden phase of the group. The show would happen at the Castro Alves Theater (TCA), on the night of December 6, 2017.

And what a night! The remaining Mateus Aleluia and Badu sang at the TCA alongside Ana Mametto, Bira Marques, Ganhadeiras de Itapuã, Margareth Menezes, Saulo and Terreiro Icimimo. It was amazing to hear the Afro-Baroque sound of Cachoeira, in the Recôncavo Baiano – in activity since 1960 and with different formations – to take that stage with great memories. A brief summary of this important legacy for understanding the influence of African sounds in Brazilian musicality.

Then, calmly, reading the book, at each text and looking at the pictures, I found out that I knew nothing about Tincoãs’ work. Listening to the songs is already amazing, but when it’s contextualized, it becomes an extraordinary experience. Knowing the “tincoanic” influences in the work of Bixiga 70, Emicida, Criolo, Carlinhos Brown, Martinho da Vila, Letieres Leite and many others is revealing. With the edition of only 3,000 units, the publication has everything to become a collector’s item. 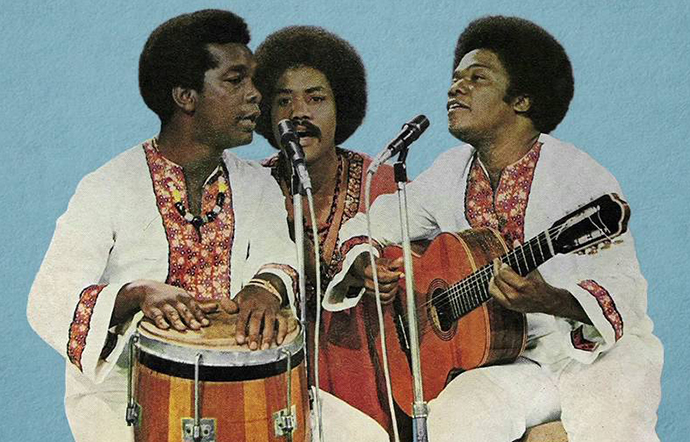 The compilation of texts is an immersion in a sophisticated, rooted and yet current work. A musicality that reverberated back in Tropicalismo, until arriving at Márcio Victor, lead singer of the band Psirico – that, out of curiosity, according to the book, was the one who presented The Tincoãs to the São Paulo rapper Emicida. The “living entity” is more than a musician and composer. It represents, along with the group, a historical cultural milestone. Their compositions are interpreted by orchestras and centenary music bands, until arriving at the carnival of our days.

“The reafricanization of Bahia began with Os Tincoãs …”
Carlinhos Brown. Excerpt taken from the book: “We, the Tincoãs”.

Even so, if you don’t know what this great work is about, calm down! The search for these references is recent, boosted when the Bixiga 70 recorded “Deixe a gira girar”. Here is the wish that the delicate arrangements, the voices in perfect harmony, the percussive guitar and the harmonic atabaque of Tincoãs invade your ears. You’ll probably feel like they’ve always been around.

Back to the Lower City

What's up? Operation of Parks and Museums in Salvador