Santa Dulce, Dutch and Portuguese made the history of this region of Salvador 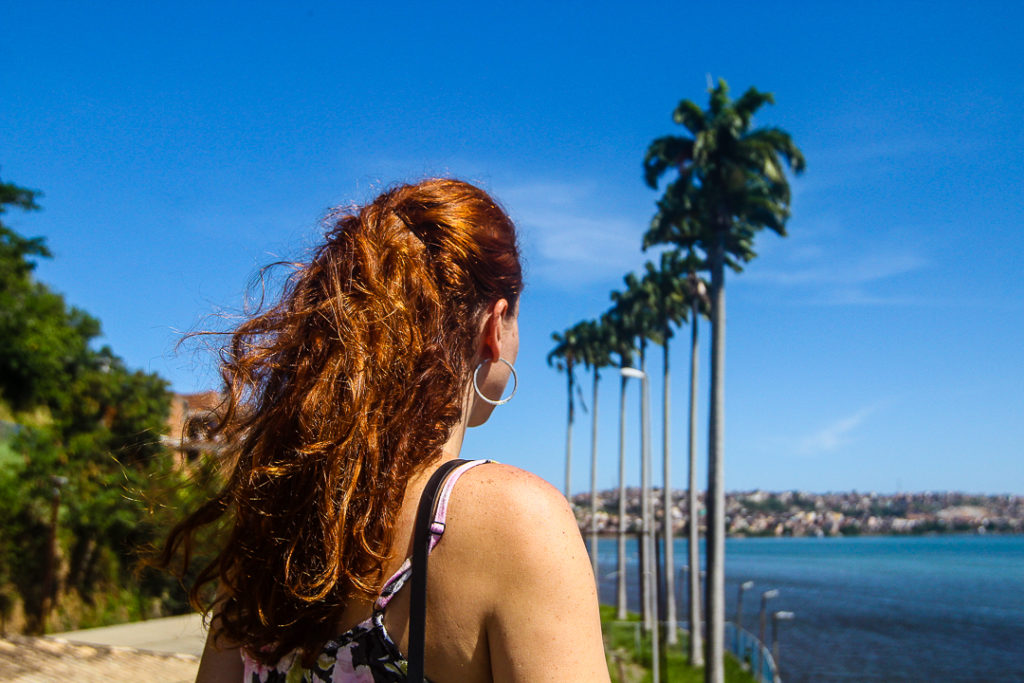 Surrounded by the All Saints Bay seafront, Plataforma is one of the oldest neighborhoods in the Railway Suburb of Salvador and is located on the edge of Suburbana Avenue. The neighborhood has its foundation history linked to Salvador industrialization process in the 19th century. Plataforma began to develop after the São Brás fabric factory installation, in 1875. The name of the neighborhood came from the existence of a ferry in the shape of a “floating platform”, which made people’s sea crossing between Plataforma and Ribeira.
The first residents of the neighborhood were Tupinambás Indians who were catechized by Jesuit priests. In the 19th century, the region where the neighborhood is today was the stage for the first public sermon in favor of black slaves, made by Father Antônio Vieira.
In 1638, the neighborhood was the gateway to the Dutch invasion in the city of Salvador. In 1823, it was used as the stage for the fight for Independence of Bahia. In 1850, the implementation of the Calçada-Paripe railway started the urban expansion towards the railway suburb, with the Almeida Brandão Train Station being built in Plataforma.
The neighborhood currently houses the São Bartolomeu Park, which is one of the main points of the city with remnants of the Atlantic Forest in an urban area in Brazil. In addition to the Park, the neighborhood is also recognized throughout the city by the famous Boca de Galinha restaurant and the sea crossing “Plataforma-Ribeira” – both considered tourist attraction points – and has a privileged view of the All Saints Bay.
Saint, Dutch and Portuguese
What today is the Plataforma neighborhood area was, in the past, the farm of the Portuguese sailor Antônio de Oliveira Carvalhal. According to records from the Historical and Geographic Institute of Bahia, the official birth date of the neighborhood is April 16, 1638, the day on which the Dutch prince, Maurício de Nassau, landed on the beach. The Portuguese bombed the neighborhood in 1823, in an attempt to block the Independence of Bahia.
In 1851, farmer Almeida Brandão built a plant that, in 1860, was transformed into the São Braz Factory. Another factory that makes up the history of Plataforma is “União Fabril dos Fiais”, better known as “União Fabril”, owned by the Martins Catharino family. The two factories contributed to the settlement of the site until the 20th century.
Another important historical moment in the neighborhood is linked to the life of Saint Dulce of the Poor. With her help, the neighborhood received the Cine-theatre of Plataforma, an important place built in the 1940s through the Bahia Workers Organization (Círculo Operário da Bahia). In addition to showing films, Sister Dulce provided training courses and assistance to workers in the space.
Boat and palm oil
The Ribeira-Plataforma boat crossing is one of the most interesting tours in Salvador. It takes less than 10 minutes, but provides a panoramic view of the city. Through the crossing, it is possible to reach the famous Boca de Galinha restaurant, which attracts tourists and Bahians to taste the many kinds of moquecas such as shrimp with lobster, shrimp, beijupirá, dourado, vermelho, caçonete and stingray, for example. The dishes are accompanied by rice, pirão and a wonderful view of the All Saints Bay.
We have a suggestion of itinerary that goes there. Check how nice!

At Carnaval
Keeping the tradition of costume and mask, elements of the old times party, the members of the pierrots groups in the Plataforma neighborhood parade taking color and joy wherever they go during the carnival. The outfit is inspired by the traditional character of the Commedia dell’Arte, a French variation of the Italian Pedrolino, and the masks of the Venice Carnival.
There are three groups of people in costumes: Pierrot Tradição, Pierrot Teimoso and Pierrot de Plataforma. You can find them at some Popular Festivals, such as Lavagem do Senhor do Bonfim, the pre-carnival of the Rio Vermelho Clowns, also in Barra, Fuzuê and mainly during the carnival in the Campo Grande circuit (leaving Rua Chile) and Pelourinho. Without a band, the group parades along with any trio elétrico.
But the most special day is when they walk the streets of the neighborhood. The groups have men, women and children and, to participate, you need to be indicated by a member. The Pierrot de Plataforma group, for example, was created in 1960 and initially only paraded in the neighborhood. Only in 1996 did it start performing at the Osmar Circuit.
Parque São Bartolomeu
Parque São Bartolomeu is located between the district of Pirajá and Enseada do Cabrito, in the neighborhood of Plataforma. The space has four waterfalls, mangroves and the Rio do Cobre dam. The park’s 75 hectares are located in the territory of the Environmental Protection Area Bacia do Cobre – São Bartolomeu, which reaches the neighboring municipality of Simões Filho. The park is one of the main points of the city with remnants of the Atlantic Forest in an urban area in Brazil.
In addition to the environmental value, it has a strong religious importance. It is considered a sacred place for religions of African origin. In 1823, in the area of the park, the Battle of Pirajá took place, an important historical event that culminated in the Independence of Brazil. 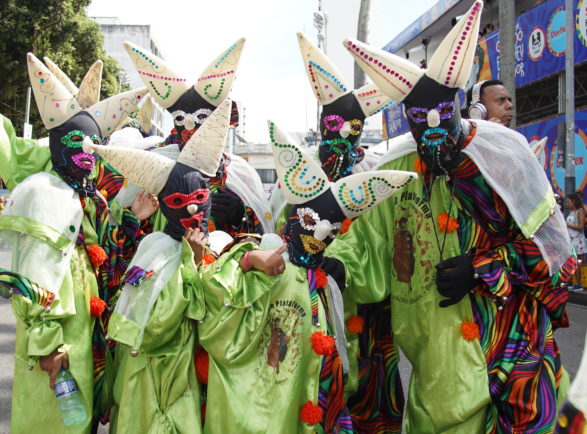 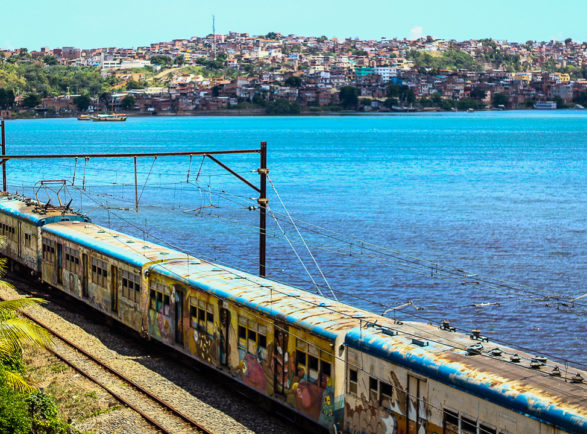 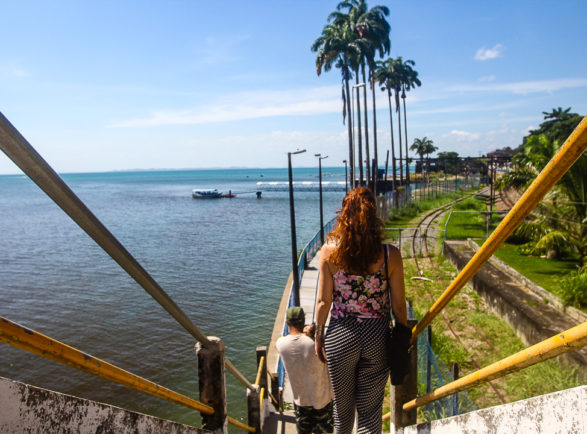 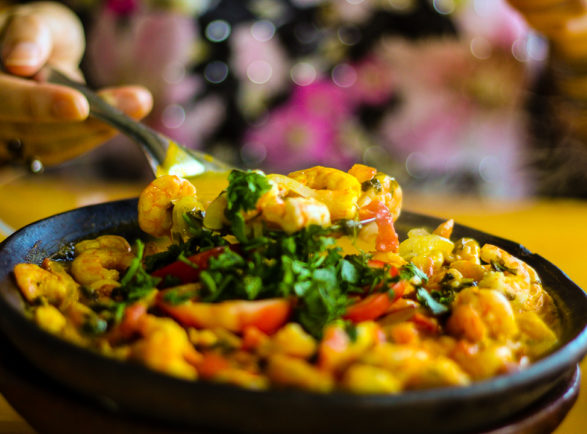 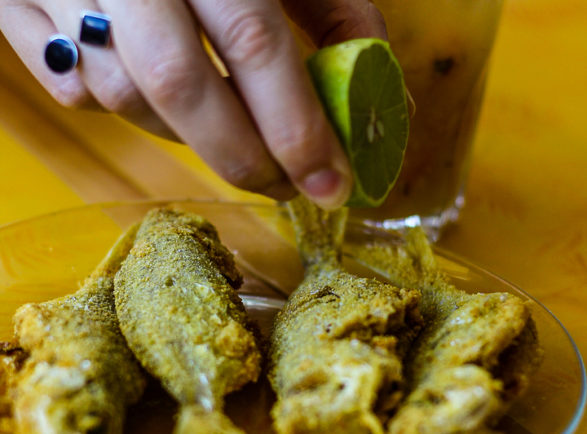 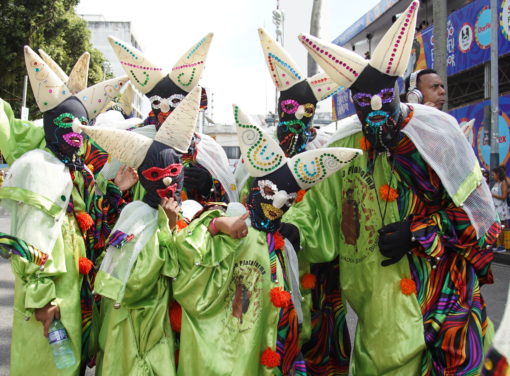 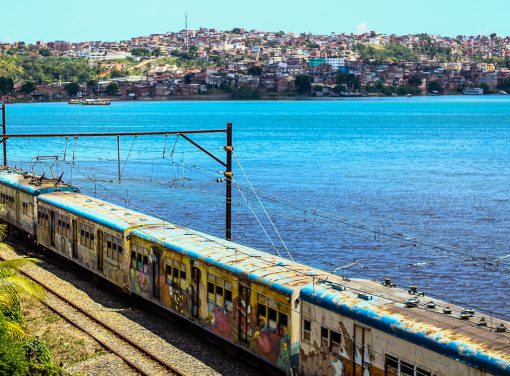 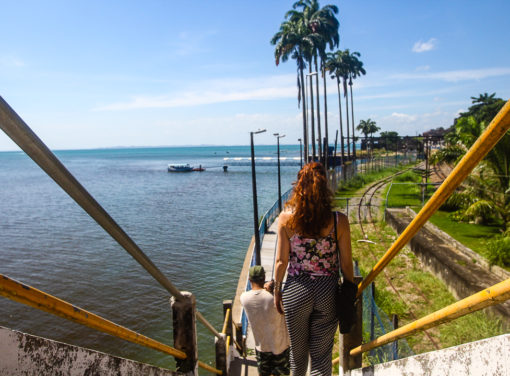 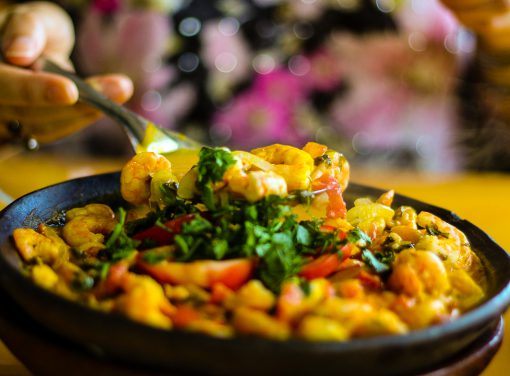 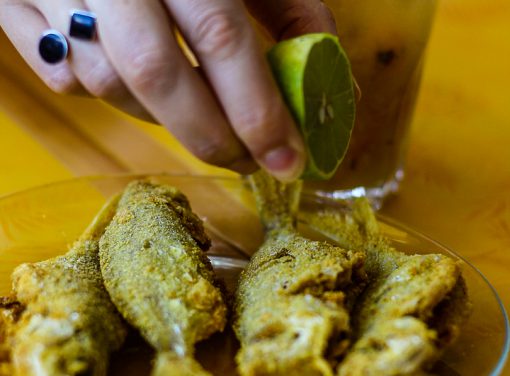 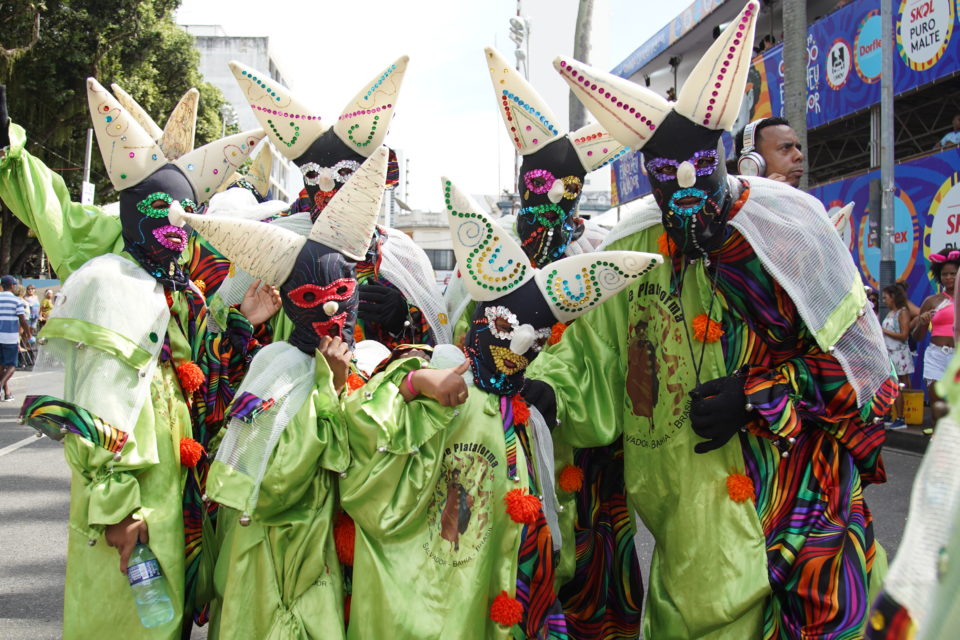 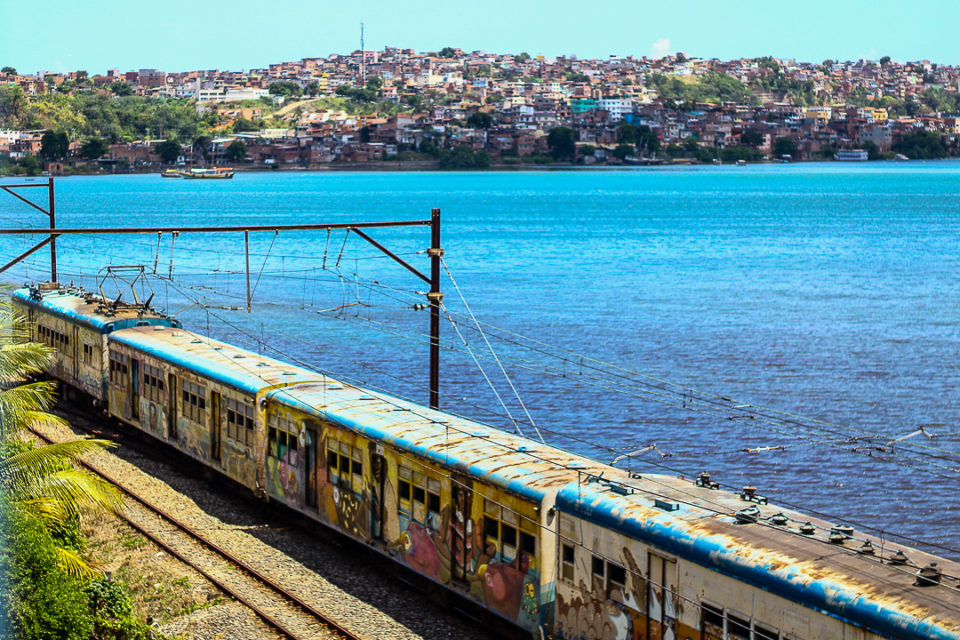 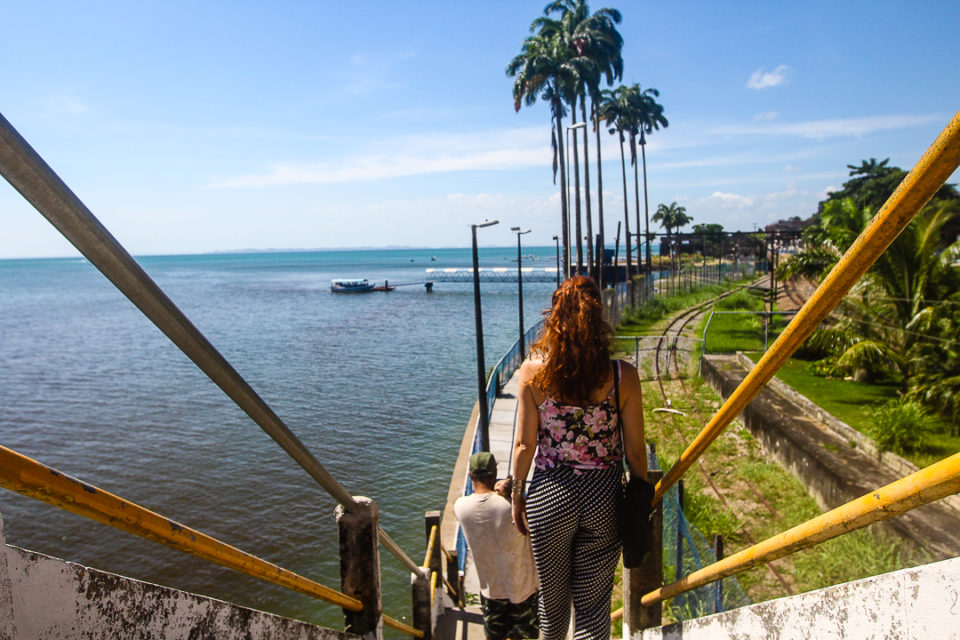 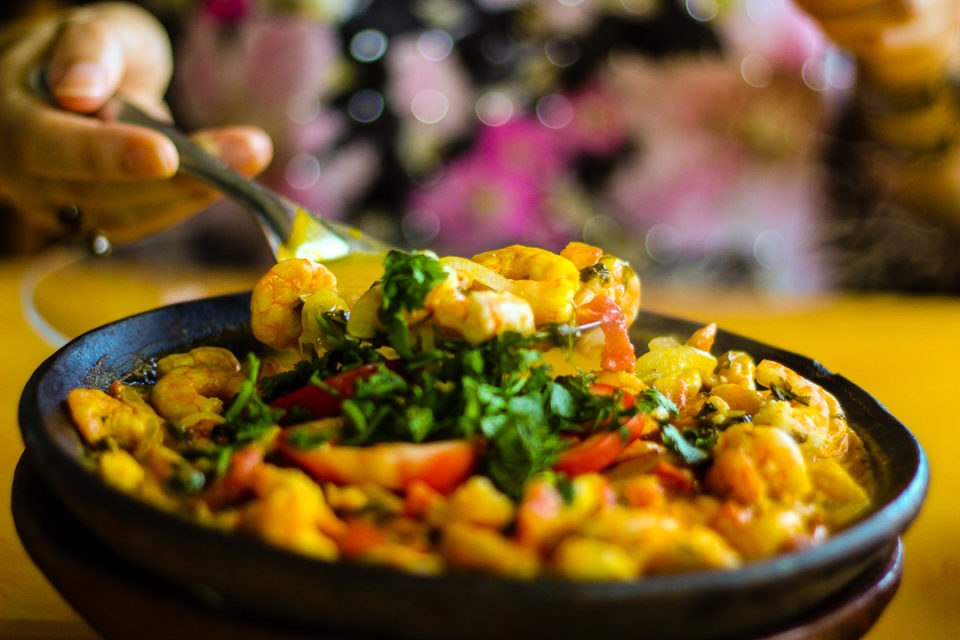 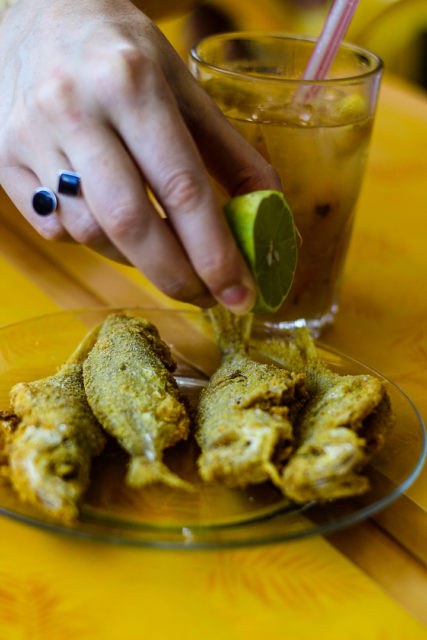