10 reasons to watch "Fevereiros", a movie about Maria Bethânia

Mangueira carnival in Maria Bethânia’s honor and a trip between Rio and Bahia.

The movie that accompanied Maria Bethânia from Rio de Janeiro, with the victorious Mangueira parade in her honor, to Santo Amaro, her hometown, has just been launched. “Fevereiros” by director Marcio Debellian, had its premiere in Salvador and was exhibited in an open square in Santo Amaro, at Recôncavo Baiano, Maria Bethânia’s and Caetano Veloso’s hometown. The city gained prominence in the movie in scenes that show the family and religious atmosphere, and the parties that had an impact in the singer’s life, besides addressing historical aspects such as the emergence of samba, religious tolerance and racism.

Some people watch a movie because of its subject, others pay more attention to the aesthetics, the soundtrack, the edition. There are those who go for the characters or the actors, for the director and even for the awards that the cinematographic work has won. Get ready to put the documentary movie “Fevereiros” in several or all of these categories. Definitely, Maria Bethânia’s trajectory through the homage paid by Mangueira in the carnival of 2016 will enter your top favorite documentaries list.

1 – The Universe that inspired the plot 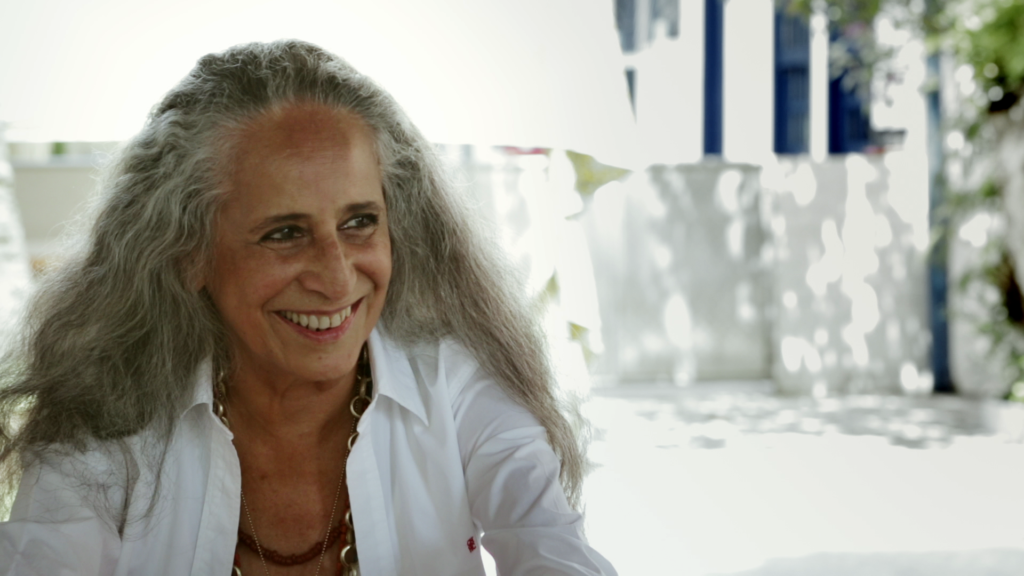 Maria Bethânia, exuberant, in her favorite history’s fragment: living the month of February intensely; the Veloso family atmosphere; the charms of Santo Amaro da Purificação, at Recôncavo Baiano. The delicacy of sharing these experiences makes us feel the “scent of sugar cane” of olden times that stands still, giving us a desire of getting to know Santo Amaro and its Popular Festivals immediately, as well as surrender to the singer’s many carnivals, of samba de roda and samba de enredo.

“Recôncavo Baiano, where Bethânia was born, has the particularity of being the place in Brazil that received the biggest number of enslaved black people brought from Africa. Bahia was able to mix the African, Indian and Portuguese traditions and transform them into original Brazilian music, religion and popular festivals expressions. These aspects are presented in the movie as we approach Santo Amaro and follow Mangueira carnival’s construction”, explains Debellian. 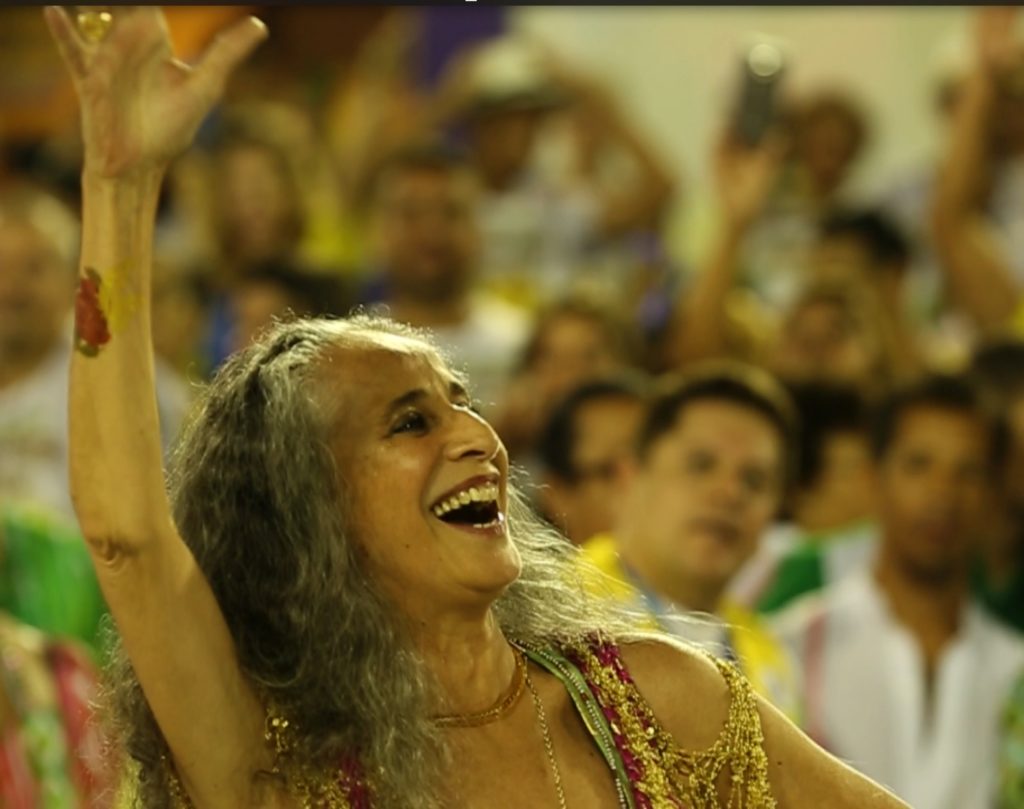 The country’s most popular samba school opens the doors to its “dreams factory”. The movie shows Mangueira carnival’s construction in 2016 – from the first allegories drawings to the parades on the avenue. The day to day in the shed, the rehearsals, other years parades, touching testimonials. The heart beats fast all the time and for those who love carnival, the wish is that it never ends. For viewers who went to rehearsals or to that year parade, there will be moments of trying to find themselves on the screen just to feel that carnival magic again. 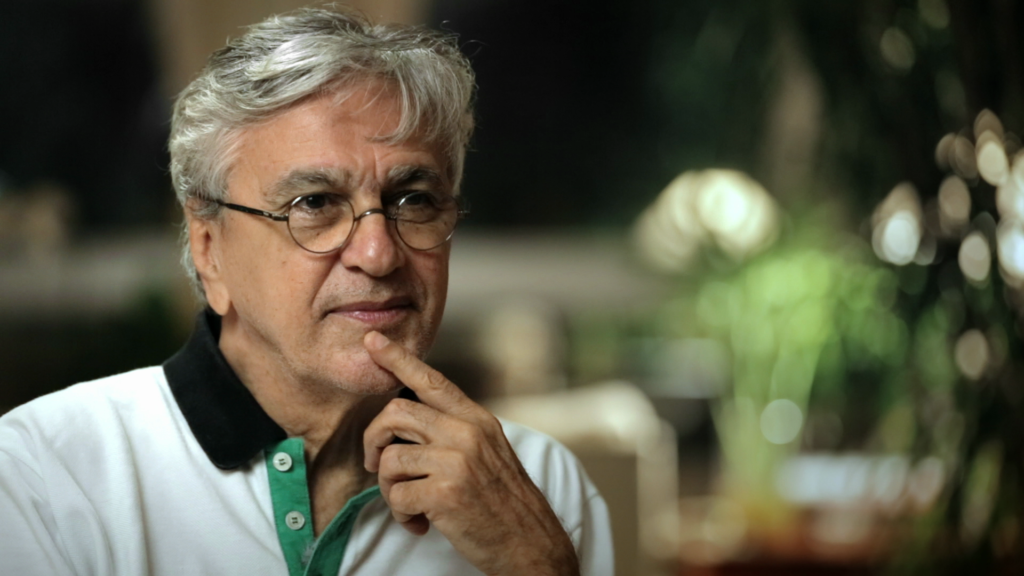 There’s an unique connection of the Veloso family with the Catholic religion and Candomblé. The duality of fear and joy, the singer’s curiosity in childhood and understanding of her faith road. The stories about Mothers of Saint, Mãe Menininha and Edith do Prato. Maria Bethânia moves around both religions with delicacy and mastery, without prejudices, without barriers, but with affection and a lot of dedication.

“What interested me since the beginning, regardless of the result that the Carnival (of 2016) would have, was the segment that Mangueira chose for the plot. Among the many homage possibilities to Maria Bethânia, the school chose to deal with her religious devotion, her personal syncretism that joins Candomblé, Catholic devotion and wisdom inherited from the indigenous”, recalls director Marcio Debellian.

In this movie, samba lovers will want to write down the interviewees’ and the characters’ names to learn more about the subject. The movie touches on subjects that intertwine, such as religious tolerance and the samba emergence, starting from Estação Primeira de Mangueira’s history that has been born in a Candomblé house. Luis Antonio Simas, a historian, tells us about the “Ala das Baianas” importance in Rio Samba School parades, and about the “Bond of Sociability” – the idea that without the community it’s not possible to survive. The movie also talks about João Machado Guedes, known as João da Baiana, popular composer, singer, samba dancer and instrumentalist. João da Baiana is considered the introducer of the tambourine in samba.

5 – Celebrations that had an impact in Bethânia’s life 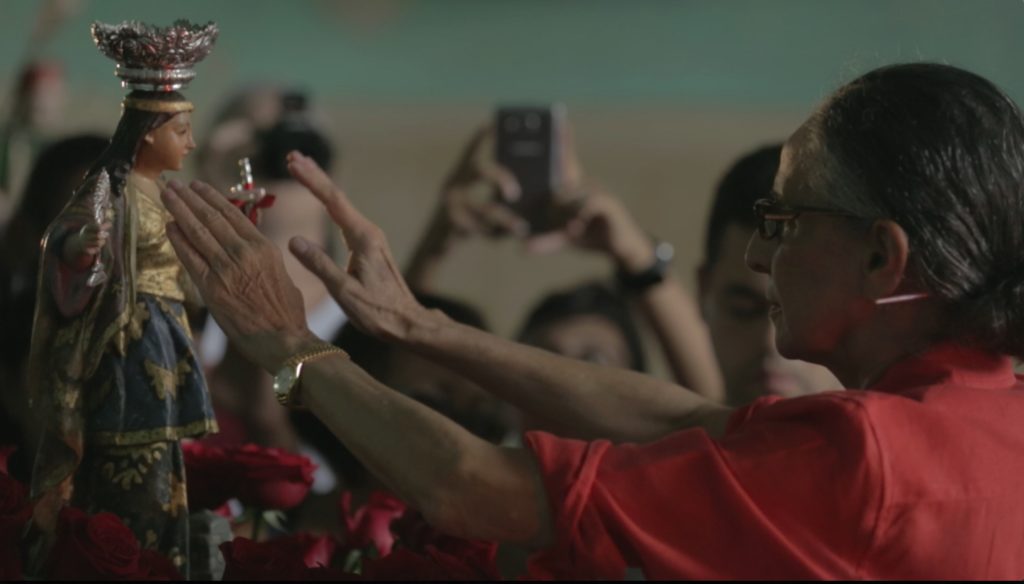 The movie could only have this name. The month of February has an importance in Maria Bethânia’s life as the air that she breathes. It’s beautiful to see her commotion when she participates in the Feast of Our Lady of Purification. Every February 2, the Purification feast or the Candeias (Light) feast is celebrated. It is the day of the candles blessing (candeias) and in many churches of Santo Amaro, before the celebration of Holy Mass, solemn processions that walk through the city are organized.

Another celebration shown in the movie is Bembé do Mercado Feast on May 13. This one celebrates the slavery abolition date, the day for “Cheering Isabel”. Bembé do Mercado, which had its first edition in 1889, is considered the largest street Candomblé in the world, gathering more than 40 terreiros from Recôncavo territory to celebrate in Mercado do Santo Amaro shed.

For those who love to watch an award-winning movie, Fevereiros has been in 29 film festivals around the world, including Canada, France, Russia, Switzerland, Spain, Italy, Chile, Uruguay, Congo and Senegal. The documentary received the award for Best Movie in the 10th IN-Edit Brasil and the jury’s Honorable Mention in the Ibero-American competition of the 36th Uruguay International Festival.

7 – Wisdoms and lots of love

According to the director, the movie valorizes ​​humans, reconnects and affirms a strong Brazil. A joyful country that combines faith with feast, that is tolerant, that has in its miscegenation its greater originality.

“… they’re trying to get Brazil to turn its back on itself, putting it all in an inferior place. (…) This here exists. The movie is an affirmation. It has wisdom and much love”, says Debellian. 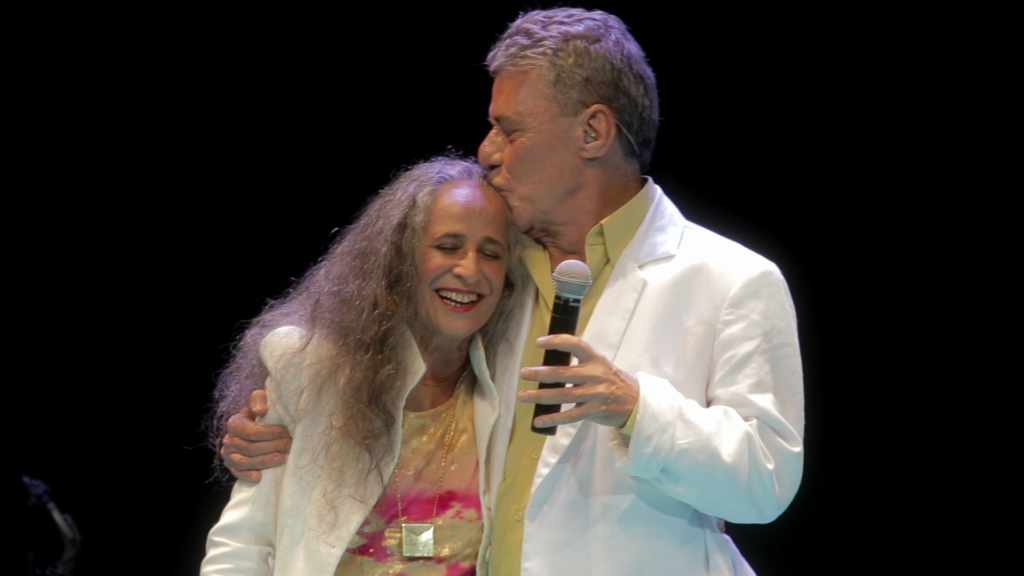 The soundtrack is practically another character, it’s a text. Songs that tell much of the story. Worth listening to the track on Spotify. It has treasures like Yaô, by Pixinguinha; Clementina de Jesus e João da Baiana; Não me deixaste ir ao samba, by Carlos Cachaça; 13 de Maio, by Caetano Veloso; É D’Oxum, by Geronimo Santana; Atrás da Verde e Rosa só não vai quem já morreu, by Jamelão; and, of course, the 2016 samba of Mangueira, Maria Bethânia, A Menina dos Olhos de Oyá, by Ciganerey and Maria Bethânia.

The movie shows old images of the Veloso family, Santo Amaro, Maria Bethânia, still young, participating in the parties, along with Dona Canô, Caetano and Mabel Velloso. There are also parts of conversations, when Chico Buarque and Bethânia were still very young, where she tells Chico about one of the many myths of Candomblé.

Back to the Lower City

What's up? Operation of Parks and Museums in Salvador