In addition to bringing knowledge and information, books transport us to other places and universes. Also through them, the first capital of Brazil, founded on March 29, 1549, became known throughout the world.

With that in mind, we have chosen 10 historical books that delve into the history of Salvador for you to read for free in this quarantine. When all this is over, you can get to know Salvador – or revisit our city – knowing a lot of information and curiosities about the palm oil land, internationally known for its natural beauty, flavors and sounds, and for the religious syncretism of the warm population. There are also stories of resilience and resistance since its existence. Have a good reading! 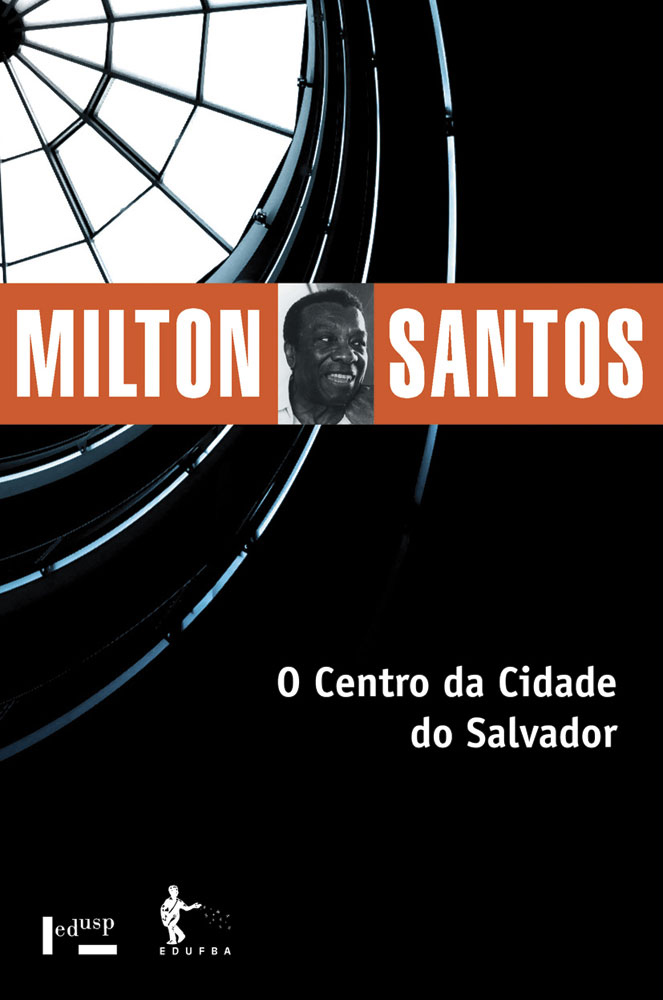 The work “O Centro da Cidade Salvador” (The Center of Salvador City), written by Milton Santos, a classic of Geography, was presented to the University of Strasbourg, in 1958, as the professor’s doctoral thesis. In this work, Santos shows Geography as a science that, besides being spatial, is also temporal.

The book brings a rich association between the stories of Salvador and the events of the 1950s, in addition to explaining the multiple functions in a city in an accelerated process of transformation. The author analyzes the Bahian capital landscape from the interaction between the city site, the built environment and the social dynamics, and reveals the inequalities in the appropriation of the city space by different social classes.

The book became a landmark in the beginning of the geographic studies renewal, which started to incorporate social relations as inseparable components of the physical environment. Milton Santos also expands his analysis to the Recôncavo Baiano and the state of Bahia, as well as searches the national and world scales, describing the phenomena of urbanization and metropolization. 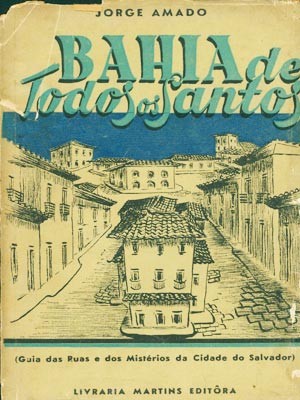 “Bahia is waiting for you for its most ordinary party. Your eyes will be soaked in the picturesque, but they will also grieve with the misery that remains in these colonial streets where the modern skyscrapers begin to rise, thin and ugly.”

The above excerpt, from the book “Bahia de Todos os Santos – Guia das Ruas e dos Mistérios da Cidade do Salvador” (All Saints Bay – Guide to the Streets and Mysteries of Salvador City), invites the reader to get to know the capital of Bahia, understand the city’s beauties and contrasts and fall in love with the “city of Bahia”.

In the publication, Jorge Amado, one of those responsible for projecting beauties and mysteries of the Bahian people to the world, shows the reader a little about the streets, customs, secrets, personalities, gastronomy, religion, parties, beaches, among other aspects and places belonging to the city ​​and people. With the author’s refinement and simplicity, “Bahia de Todos os Santos” is a road map of the “city of Bahia”, Salvador.

The guide has been updated several times, due to the city’s growth, but has not lost its essence. Despite the changes, the writer portrays in the book the spirit of the Bahian people that is still possible to perceive today. In “Bahia de Todos os Santos”, Jorge also highlights the music by his friend, also from Bahia, Dorival Caymmi: “Você já foi à Bahia, nêga? Não! Então vá…”.

The names of streets, avenues, alleys and hills are so important and carry so many meanings that they can rescue an important part of Salvador’s memory. This is the premise of the book “Os Nomes das Ruas Contam Histórias” (The names of the streets tell stories), written by journalist and researcher Luiz Eduardo Dórea.

The work, published in 1999, tells the story of Salvador through its streets. The author shows the meaning and origin of several streets in the city, revealing to the reader the charm and beauty that outline the trajectory of the country’s first capital.

After all, who has never wondered why Avenida Luís Viana Filho is called Paralela? And why is a small street near Largo Dois de Julho called Rua do Cabeça? These and other questions are answered in the book.

Alessandra Carvalho da Cruz reflects, in her master’s dissertation, on the importance of samba in the elaboration of the main national identity projects that were being produced in the context of the 1930s and 1950s in Salvador.

This is all shown through the pages of the Cultura Política magazine, at the national level, and in the specific context of the city, in the criticisms against “sambas and other monstrosities”, by Pinto de Carvalho and Pedro Calmon, and in the ethnographic production of Édison Carneiro.

From there, she also describes the historical importance of autonomous popular culture, which was expressed in the circles and songs of figures such as Batatinha and Riachão.

The work includes interviews and testimonies from key characters to understand the moment the club went through, such as Carlos Ratis, Jorge Maia, Sidônio Palmeira, Fernando Schmid, former president Marcelo Guimarães Filho and others. Athletes who were in Bahia team at the time of the intervention, such as defender Titi and midfielder Fahel, were also heard.

The starting point of the book is the day when the fan Jorge Maia went to court against Bahia, requesting intervention, until the day when Fernando Schmidt was elected president of Bahia, in 2013.

The work “O Largo da Palma” (Palma Square) is composed of six novels by the Bahian writer Adonias Filho: A moça dos pãezinhos de queijo (The girl with the cheese rolls); O largo de branco (The white square); Um avô muito velho (A very old grandfather); Um corpo sem nome (A body without a name); Os enforcados (The hanged ones); and A pedra (The stone). Placing his plots around the square that gives the book its name, Adonias mixes the sacred and the profane, the urban and the rural, the erudite and the popular, bringing also non-fictional places, such as Igreja da Palma, Mercado Modelo, Jardim de Nazaré and other spatial references.

In the book, the writer focuses on the lower-middle class – characters that, although fictional, can be found in the place nowadays, including the elderly, beggars and immigrants.
Therefore, even with tales, “O Largo da Palma”, located in the quiet neighborhood of Mouraria, is portrayed almost reliably in the work. The writer also humanizes the place, such as the church that was “humble and wrinkled” and that witnessed everything that happened there; or else the “small, narrow streets try to hide themselves ashamed”.

Two Bahians and two important works for Brazilian literature guide the thesis written by Adriano Bittencourt Andrade, which brings a historical-geographical analysis of Salvador between the 1950s and 1960s.

The author uses as a base the books published in the same year: “A Morte e a Morte de Quincas Berro D’água” (The Double Death of Quincas Water-Bray), by Jorge Amado, and “O Centro da Cidade de Salvador” (The Center of Salvador City), by Milton Santos, both from 1959. In his work, he explains that, despite being works of fiction, the books bring, in their core, information and “readings” of the city’s daily life that are rarely discussed in scientific books.

That is, in addition to showing links between the productions of the two Bahian writers, the author shows that the works enable the reader to better understand the conjuncture of that time, understanding the social and economic structure of Salvador before the dense transformations of the last decades of the 20th century.

In 1817, zoologist Johann Baptist Spix, 36, and botanist Carl Friedrich Phillip Martius, 23, arrived in Brazil on a ride with Princess Maria Leopoldina, the future empress of Brazil, with the mission, given by the King of Bavaria, to collect as many samples of the fauna and flora of Brazil.

After 14 thousand kilometers traveled in Brazilian territory in three years of research, passing through Minas Gerais to the border with Goiás and Bahia, the Bavarians faced everything – drought, floods and all kinds of diseases – and returned to Europe with about 9 thousand species of plants and animals, including mammals, birds and amphibians, many of them from Salvador.

Spix died shortly after the trip, struck down by illnesses he faced on the journey. Martius, on the other hand, lived to be 74 years old. Until the end of his life, Martius dedicated himself to organizing and publishing what he discovered in Brazil.

In the book “Através da Bahia” (Through Bahia), the researchers show what they saw in the state, especially in Salvador, during the period they were here. They describe some movements that were important for national independence and report when the city of Salvador has ceased to be the center of the Government. However, it didn’t lose its importance as a commercial port of first order.

Raised in the interior of Bahia, the doctor, politician, teacher, novelist and Brazilian historian Afrânio Peixoto (1876 – 1947) came still young to Salvador. In the capital of Bahia, he graduated in Medicine in 1897, at the School of Medicine of Bahia, founded in 1808. The city, then, was the scene of most of his books.

In the work “História do Brasil” (History of Brazil), Afrânio brings a historical panorama from the Mediterranean civilization to the Republic in Brazil. The book then tells in detail how the general government of Tomé de Sousa was, who arrived in All Saints Bay and founded the City of Salvador on March 28, 1549.

It is possible to notice, throughout the volume, several similarities and differences in comparison to the current Salvador, including the names of the neighborhoods, which used to be settlements, but which still exist today.

The book “História do Brasil” (History of Brazil), written by Frei Vicente do Salvador (1564-c.1636-1639), has historical information about Salvador, which was the seat of the first Portuguese colony in America since the arrival of the Portuguese until the time it was governed by Diogo Luís de Oliveira. It also draws a panorama of the territory, with its flora and fauna, commenting on its climate and geography, in addition to showing characteristics and impressions about the natives, their way of speaking and customs.

The first chapters describe the arrival of Pedro Álvares Cabral’s fleet and narrate the first organization of colonization. In the volume, Frei Vicente also shows episodes of its first governors, the formation of administration in Salvador, explaining the system of general governments and hereditary captaincies; the entrances to sertão and the wars against the native people; military strengths and tactics; the Dutch invasion; among other historical events. He also writes – in a poetic and lyrical way – specifics of Salvador’s crops at the time.
In the work, Frei brings bold opinions, for example, in the well-known statement that the colonists should venture into the interior of Brazil, because “being great conquerors of land, they do not take advantage of them, but are content to scratch them along the sea like crabs”.

24 places in Salvador with sidewalk seating