Food with a dose of joy and ancestry

A tour around the tabuleiros in Salvador

(*Tabuleiro: a wooden board or a glass box where the Baianas organize the foods they sell)

Fried bean dumpling prepared in an artisanal way, in which the beans are ground, seasoned and later fried in the boiling palm oil. Then comes the art and energy of the Baiana, who loads it with a dose of joy and ancestrality and makes it become the beloved and famous acarajé. As a filling, the acarajé can have pepper, vatapá, caruru, dried shrimp and salad. Besides being food and sustenance for several families, it has an important symbolic character. It’s original from the Bight of Benin in West Africa (where it’s called acará), and was brought to Brazil with the arrival of enslaved people from that region.

In the beginning, all the people who produced and sold acarajé were initiated in candomblé, in a practice restricted to women, usually Daughters of Saint (Filhas de Santo) dedicated to the cult of Xangô and Oiá (Iansã). In order to fulfill their “obligations” to the orixás during the colonial period, the free black women or earning black women prepared the delicacies and took to the streets at night to sell them, starting this tradition. To this day, the great majority of Baianas go to the street only from 5pm on.

Baianas de Acarajé are Cultural Patrimony of Brazil and this itinerary is about them and their wonderful delicacies. The idea is that everyone can participate by saying his or her own tips. This way, we will always update this itinerary, mapping together the city’s most beloved acarajés. We don’t intend to make an order of preference, but rather to take you for a tour around the tabuleiros in Salvador, to know some of the stories that helped making the acarajé a tourist attraction of the city. To contribute, send your tip about a Baiana de Acarajé to this email.

Beginning “from the beginning”: The Memorial of Baianas de Acarajé. 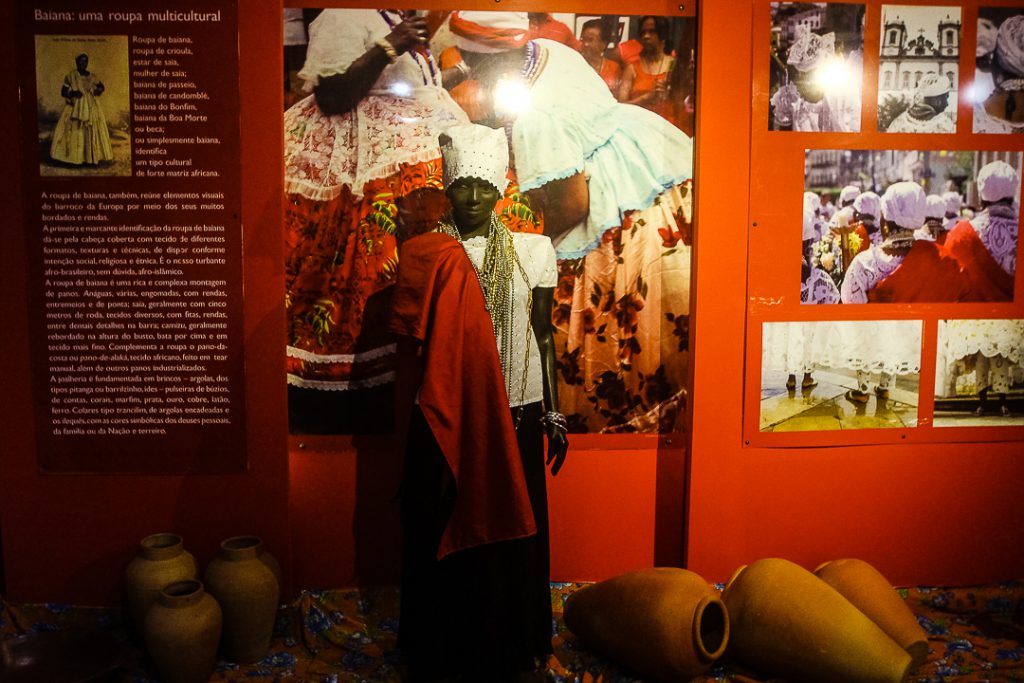 The place, registered by the National Institute of Artistic and Historical Heritage from the Ministry of Culture (Iphan / MinC) as Cultural Heritage of Brazil, has exhibition and documentation spaces. The visitor can find, for example, props, handicrafts and some gastronomic instruments used by the Baianas of Acarajé. More information at this link.

A job from mother to daughter

The Baiana’s commercial point is licensed in the City Hall, so it can not be sold to another person, being passed from mother to daughter. But even before all the trade legalization, it was already a tradition for the tabuleiro to be passed to a relative. Two very popular Baianas are examples. Dinha, in Rio Vermelho and Tânia Bárbara Neri, in Farol da Barra.

Dinha was one of the best-known quituteiras (woman good at preparing tidbits) in Bahia. Largo de Santana, in Rio Vermelho, where her tent has always been, is affectionately known as Largo da Dinha. The point was the first of the kind established in the neighborhood, by Dinha’s grandmother, the cook Ubaldina de Assis, almost 70 years ago. Dinha died in 2008 and the successor was her daughter, Cláudia de Assis.

Recently, the same happened to Tânia Bárbara Neri, a popular Baiana who used to be right in front of Barra Lighthouse. Tânia passed away in early November 2018. Ana Cássia and Anderson, her children, took over. In this case, it is already the fifth generation of Baianas de Acarajé: the great grandmother, the grandmother, the mother and Tânia herself were all Baianas. Now her children have become too, and her granddaughter at age 7 is already being prepared.

For the dough, you need 800g of fradinho beans, 80g of grated onion, 500ml of palm oil and salt. Let the beans soak for five to six hours. Then you need to peel the beans and grind them. Each Bahian does it in a way, some use the acarajé pestle, others do in the manual mill and even electric cereal grinders. Add onion and salt. There are those who say that “mystery” happens at this time, by mixing the dough. Remove the dough portion with a spoon and place to fry in the boiling palm oil.

They can use the same recipe, but from Baiana to Baiana the result is different. For example, Cira, Regina and Glorinha, the three in Rio Vermelho – which is known as the Bohemian neighborhood, but could also be the Acarajé neighborhood. Each of them serves in a different way. One is crunchier, the other has a little more dough, the other one is smaller. One places large prawns, the other smaller prawns and the other one is known for taking off the prawns head, making it easier to eat (good for “beginners”). One has a spectacular fresh salad and the other doesn’t even serve salad. In Pituba, Daria and Laura have a crowded tabuleiro, considered among the best acarajés of the city.

Cira – 50 years leading her tabuleiro, it has already been considered, more than 10 times, the best acarajé of Salvador. She is at a few addresses in the city. The two most popular are in Largo da Mariquita, in Rio Vermelho and the other in the square that follows to Lagoa do Abaeté, in Itapuã. Besides the acarajé and the abará, the cocadas are delicious.

Regina – With a fixed point in Rio Vermelho, for more than 30 years, and another one in Graça, Regina dos Santos Conceição is known by one of the best abarás of the city, besides the acarajé. On her tabuleiro, the clients who are sweets fans also find white-coconut cocada, burnt coconut and peanut cocada, as well as bolinho de estudante (a dumpling made of tapioca, coconut, sugar and cinnamon).

Glorinha – This is the example of Baiana who becomes a friend of the locals. It is usual to see someone telling his or her life, sitting next to her, while eating an acarajé. With almost 30 years of Rio Vermelho, she practically knows the customers by name. On her tabuleiro, there are funny phrases such as: “Pay on credit only for people over 90, accompanied by parents.”

Acarajé da Glorinha – Rua Almirante Barroso, s/n, Rio Vermelho, Salvador, Bahia. It is near the corner with Cardinal da Silva. From Tuesday to Sunday, from 5:00 p.m. to 10:00 p.m.

The tabuleiro and the dress

A tabuleiro can also have other “Baiana’s food” as abará, passarinha, porridge, lelê, bolinho de estudante, cocadas, pé de moleque and others. There are many ways to better know the historical, social, religious, aesthetic and gastronomic values of the Baiana de Acarajé trade. The Baiana’s clothing also brings together visual elements of the European baroque through its many embroideries and laces. It is a multicultural dress that goes from palm oil, starched cloth, traditional richelieu, the scent of lavender until the fig sign, the shell earring and the way of being. 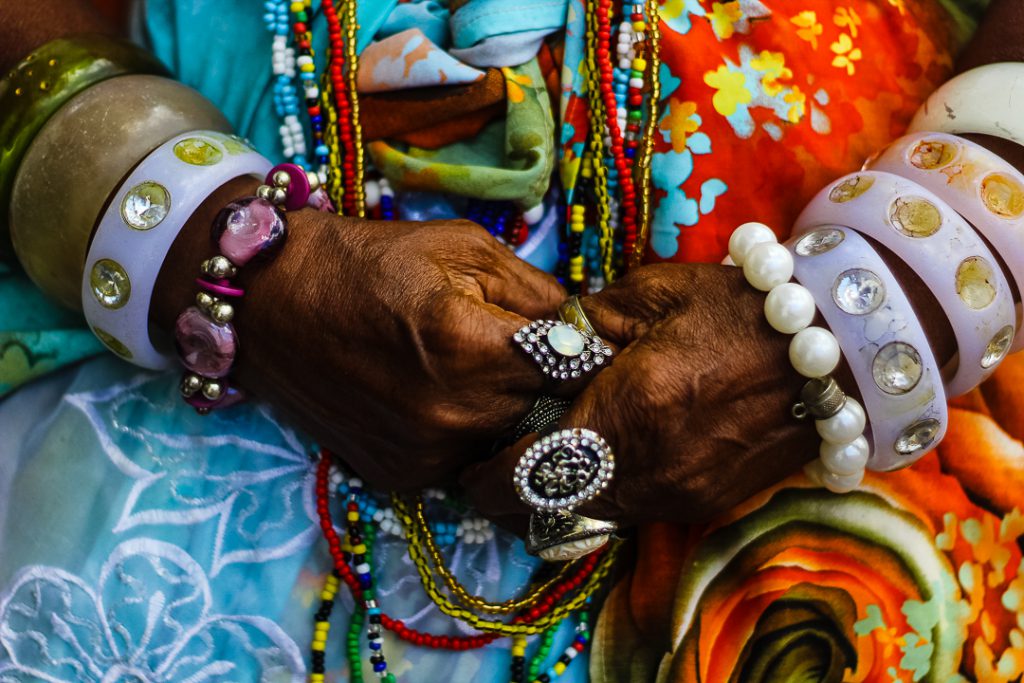 There are R$1 acarajés and even one-kilo ones. From the famous Baianas on the seashore to the darling ones of each neighborhood, who doens’t have a good story to tell? From the suburbs, for example, comes the tip of Anderson Simplício, from his Instagram profile “The Suburbs Beauties”. He says that Dona Ninha’s acarajé is practically a tourist spot in São Tomé de Paripe. She also makes a peanut cocada that makes your mouth water just looking at it.

R$1 acarajé. Downtown, more specifically on Sete de Setembro Avenue, it is easy to find acarajé for this price. The most wanted ones are right in front of San Pedro’s clock, in front of Caixa Econômica. At the other end of the city, there is also one in Ladeira do Abaeté, in Itapuã.

One-kilo acarajé. One of the most popular is in Ladeira São Cristovão, in the neighborhood of Liberdade. Larger version of the dumpling, it can have 15cm, and the giant abará can measure up to 22 cm. The delicacy is for night people, since it only starts being sold from 10pm on. Another one, known by the name “Exagero de Acarajé” (Acarajé Exaggeration), is in Ladeira da União, 4 – Engenho Velho de Brotas. It’s necessary to hold it with both hands!

If you want to learn how to make acarajé, learn more about this food history and even stroll through the São Joaquim Fair, you need to meet Lilia Almeida. She does a tour-class around the fair that is super nice. Lilia explains that “acará” means fireball, “jé” means to eat: “This is an ancestral force food that fills us with axé and nourishes us with culture,” she says. She gives a tip about Dona Ivete’s acarajé. Her store is at the end of “rua nova de acarajé” (just ask any tent’s owner, everyone knows where it is), at the São Joaquim Fair. Information about the tour-class by whatsapp: 71 99951-7907. 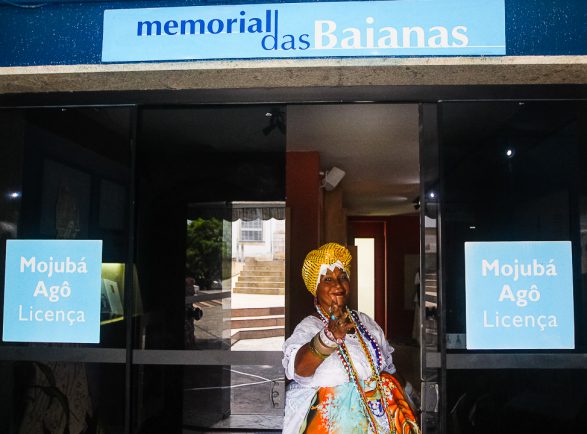 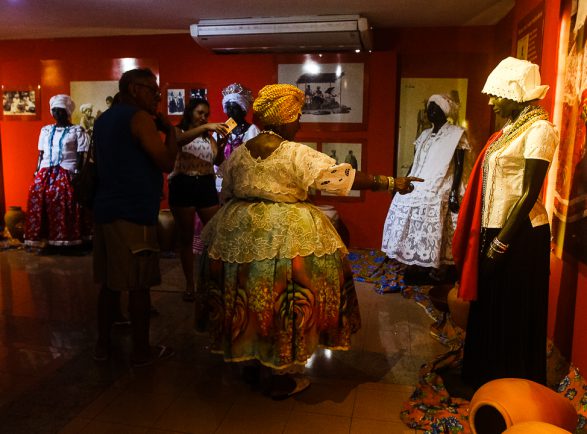 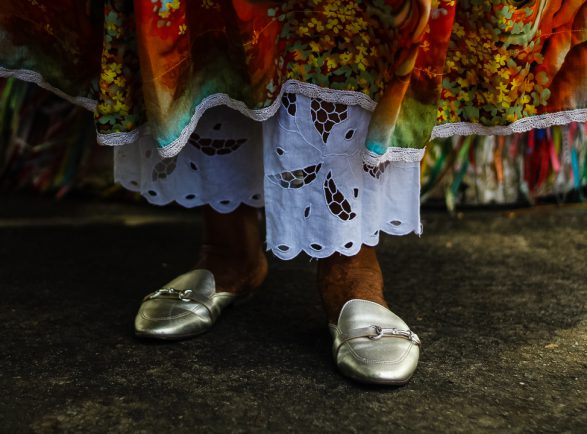 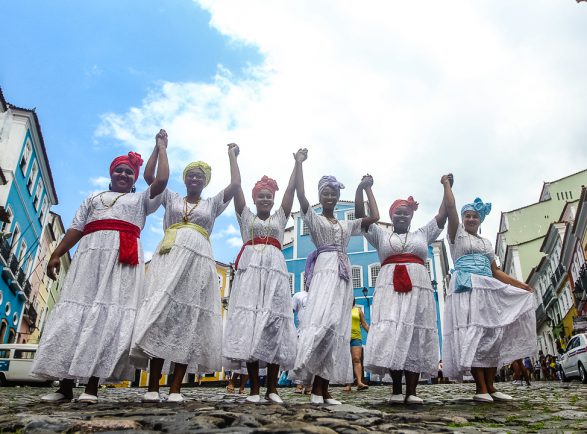 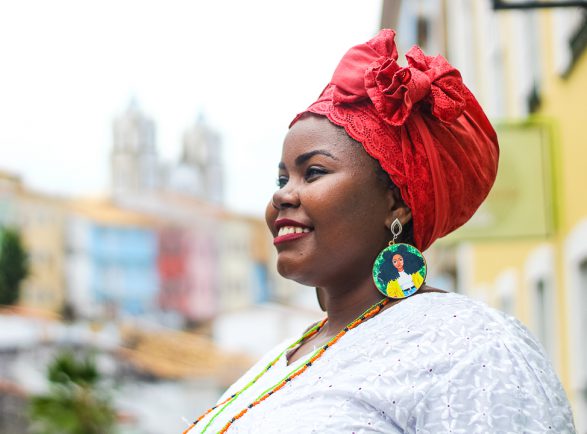 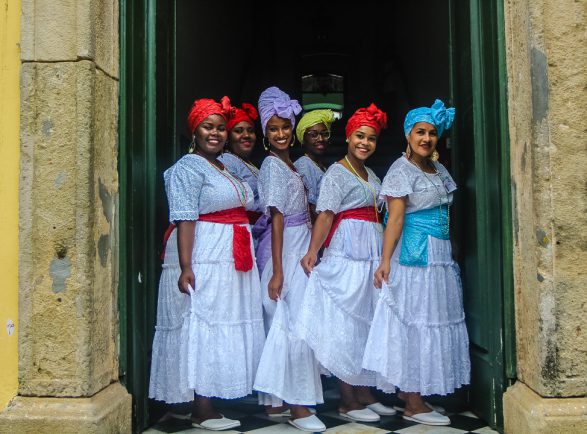 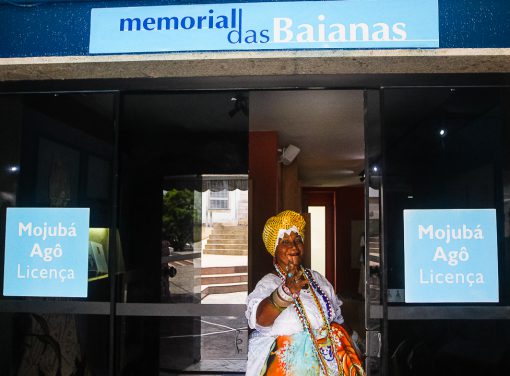 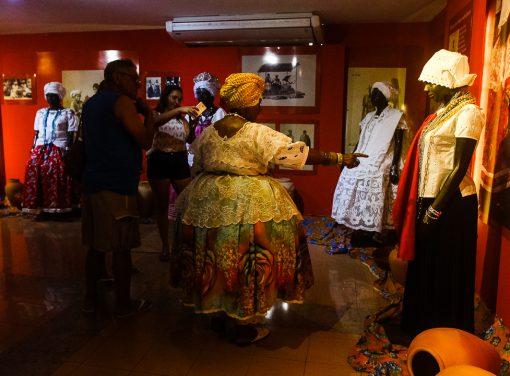 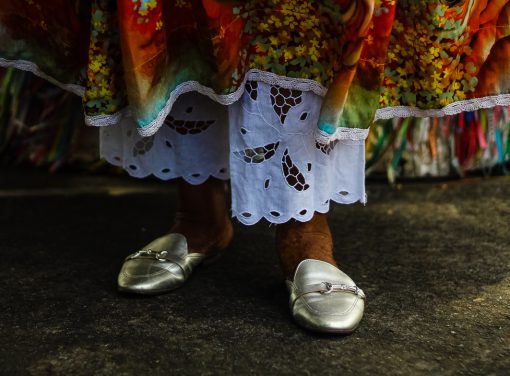 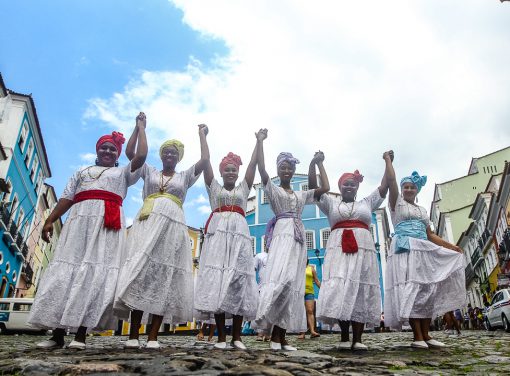 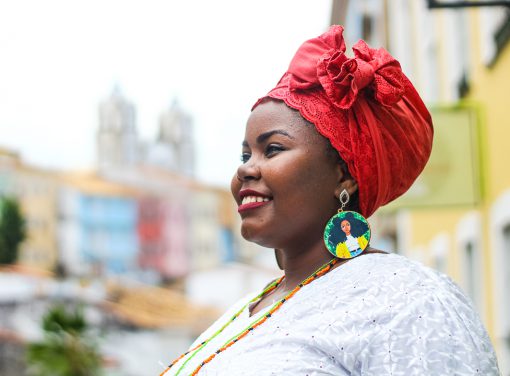 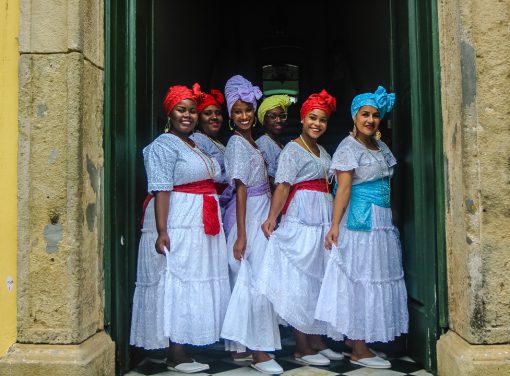 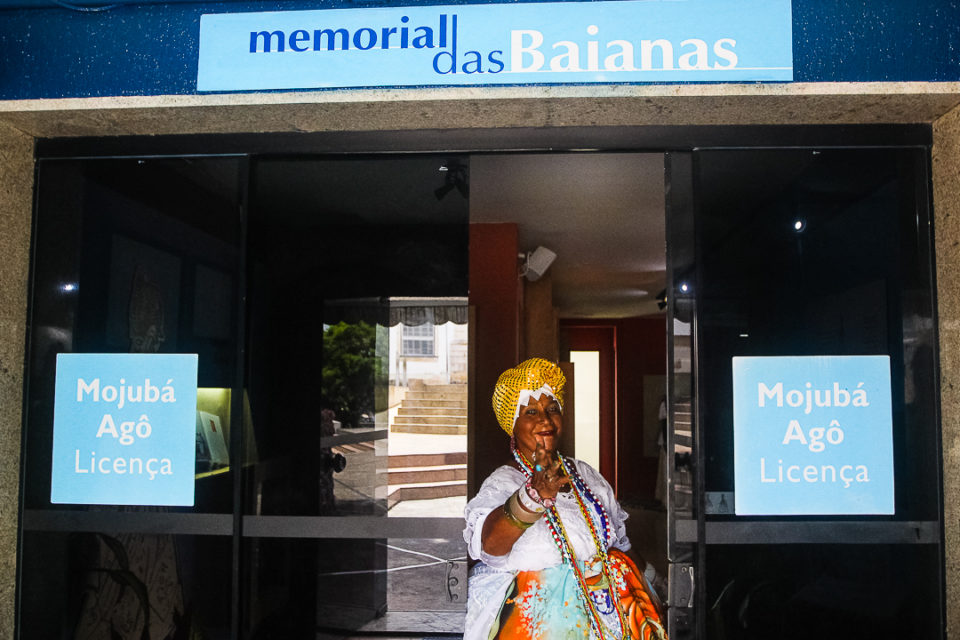 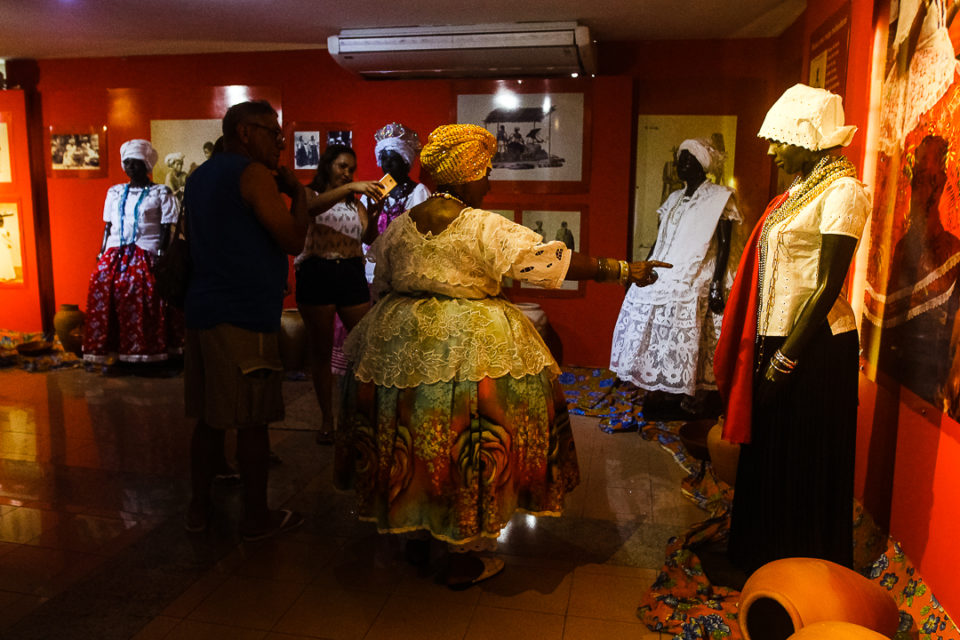 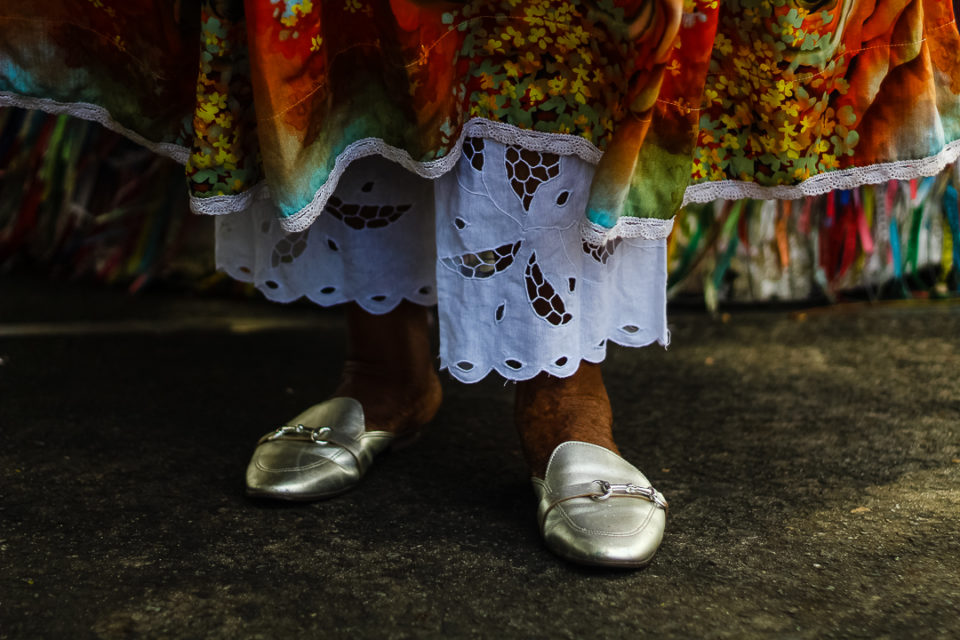 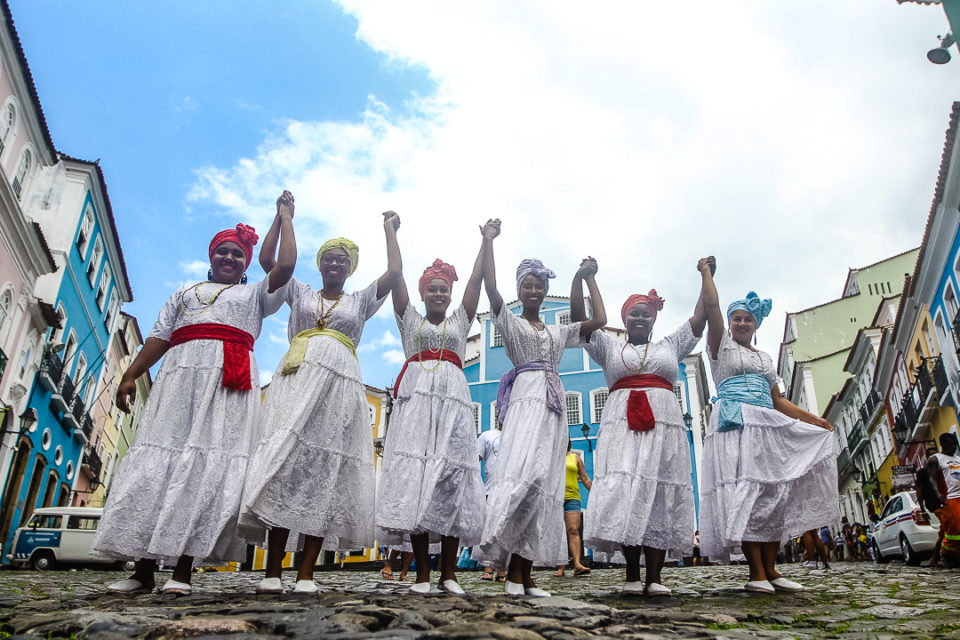 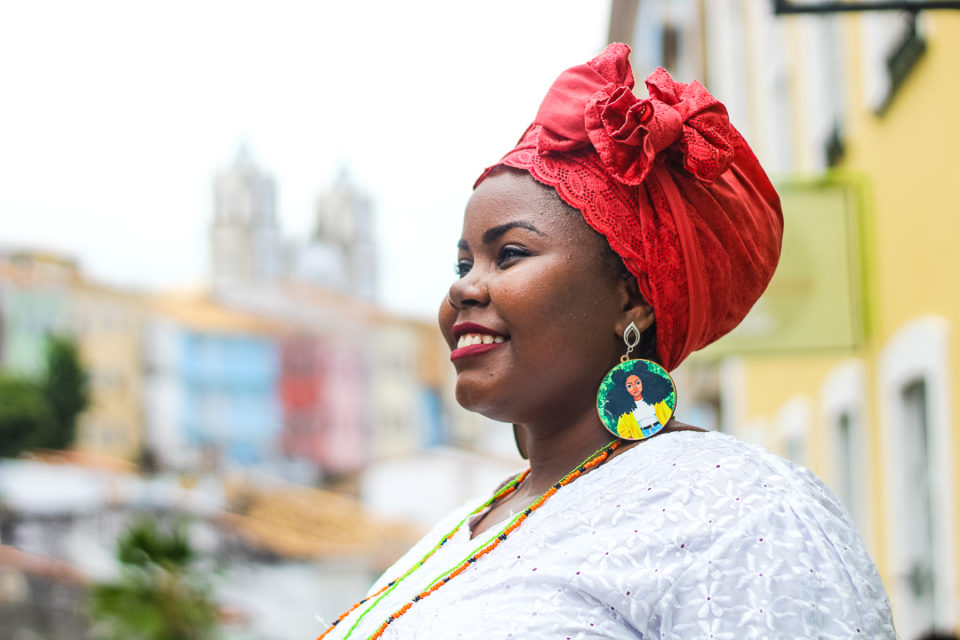 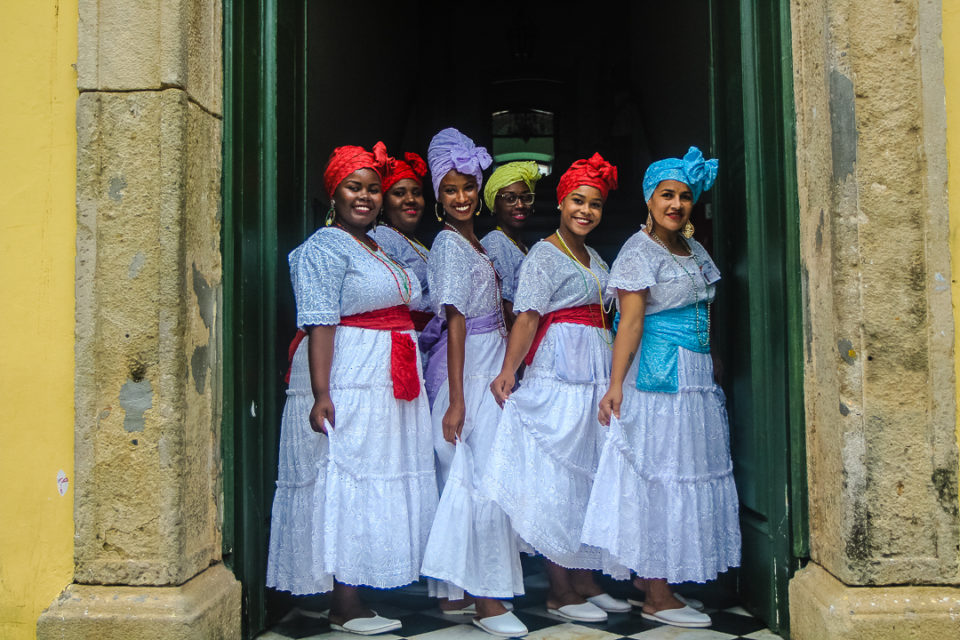