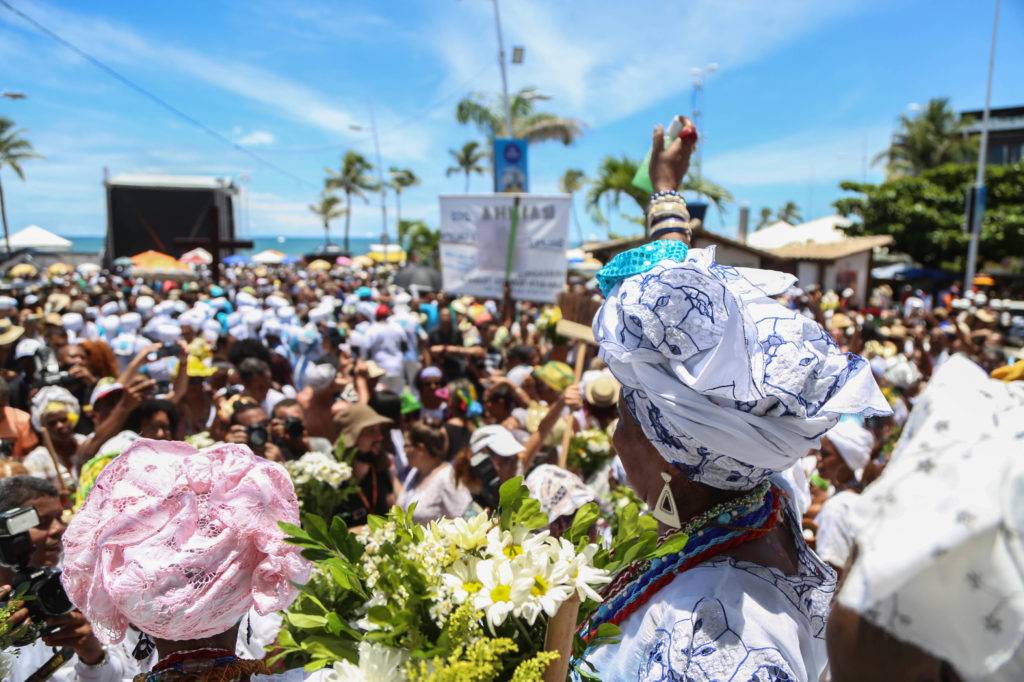 The centuries-old Lavagem de Itapuã is celebrated on the Thursday before the start of Salvador’s Carnival and, in 2020, the party celebrated 115 years. The party starts at dawn, when the residents leave the neighborhood in an Announcing Group, inviting the community to the party. The celebration lasts all day on the waterfront that connects the Piatã neighborhood to Itapuã. In the program, there are several acts such as masses, processions and breakfast. The washing is the last of the popular festivities in a calendar that begins with the Festivity of Santa Bárbara and Iansã, on December 4th.

In 2020, the washing honoree was the samba dancer Gal do Beco. Born in Rio de Janeiro and a Bahian at heart, she conquered her space in the Bahian public. In 2000, she won the title of citizen of Salvador not only for the time she has been living here, but also for her influence on the Bahian samba culture. Maria das Graças Silva, 65, came to live in Salvador, more specifically in Itapuã, in 1979. She had a bar called Beco da Gal, known for its delicacies (mainly oxtail) and the samba circles of the highest musical quality. Gal has performed in shows with Nelson Rufino, Juliana Ribeiro, Waldir Lima and, today, the new samba dancers take her as their godmother.

If you want to participate, choose to wear white, as a sign of peace and reverence for the people of faith who make the processions. Also, be careful when taking pictures of everything: ask for permission, look with affection and be polite when registering the party. 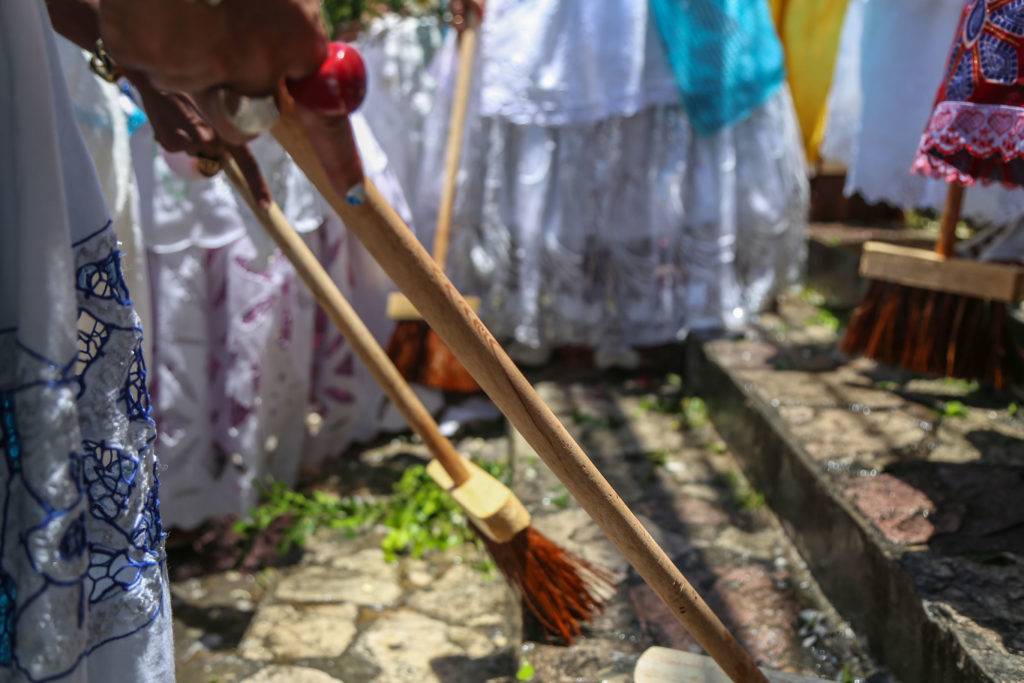 The Announcing Group begins the ritual of awakening the residents of the neighborhood to the sound of string instruments such as violas and mandolins and also maracas. The celebration starts early at dawn, fireworks announce the sunrise. Currently, at the same moment, at sea, several groups leave in a maritime procession with boards, canoes and boats going towards the Church of Itapuã.

At around 6am, the washing of the “Nativas”, resident women of the neighborhood, who have been carrying out the action for about 30 years, begins. It is the pre-washing of the Parish Church of Our Lady of Conceição de Itapuã that, for many years, was done with the presence of the Ganhadeiras de Itapuã. This part of the washing, however, is unofficial, but it has also become a tradition.

Residents say that this initial washing was introduced by the deceased resident, Mrs. Niçu. After the pre-wash, Dona Niçu’s coffee takes place, a tradition followed by her children until today.
Around 10:20 am, Bahians, faithful and residents leave in a procession from the Piatã neighborhood to Itapuã, where the steps are washed. The procession starts in Piatã, at Praça Dorival Caymmi and continues along the shore to the Parish Church of Our Lady of Conceição de Itapuã.

The washing is very beautiful, done by Baianas dressed for the occasion who take ceramic pots with flowers and scented water. Afoxé Filhos de Gandhy accompanies the entire procession, as well as fishermen, capoeiristas and conservation groups that take advantage of the date to talk about subjects such as the preservation of whales, fauna and flora of Lagoa do Abaeté, among others.

Upon arriving in Itapuã, the Baianas carry out the second wash with a lot of scented water, perfuming and embellishing the staircases of the Parish Church of Our Lady of Conceição. This is one of the most important moments of the tradition.

In the afternoon, on this same route, it’s the floor blocks’ and trios’ turn to make the party, such as the Afro block Malê de Balê, the Samba School Unidos de Itapuã, Kimbaila Erê group, Ecoar dos Tambores, Puxada Itapuanzeira, Pipoca de Oxeturá , among others, that go on until night making a party with music for all tastes.

The celebration continues for another three days

Despite having the main part celebrated on Thursday, the celebrations continue until the following Monday. On Friday, the day after the processions, local attractions perform in the neighborhood, in a nostalgic atmosphere. On Saturday, there are several nautical sports practices and a procession of the Terno de Reis, a historical cultural manifestation made by local residents, starting at 6pm.
The celebrations end on Monday, with the delivery of an offering to Iemanjá, at 3pm, and a native fish dinner, around 6pm, usually at the headquarters of the Neighborhood Residents Association.

Lavagem de Itapuã
Celebrated on Thursday before the start of Salvador’s Carnival
2am – Announcing Group through the streets of Itapuã
5:30 am – Nativas’ Washing – pre-washing of the stairs of the Parish Church of Our Lady of Conceição.
10:30 am – Baianas’ Parade and main Church Washing: Piatã – Itapuã route
11 am – Cultural Manifestations
From 12:00 on – floor blocks and trios 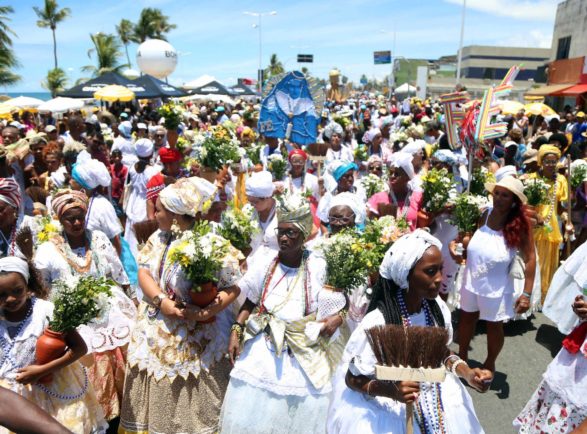 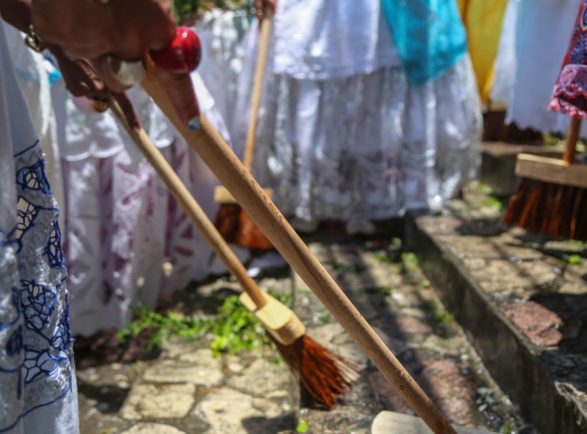 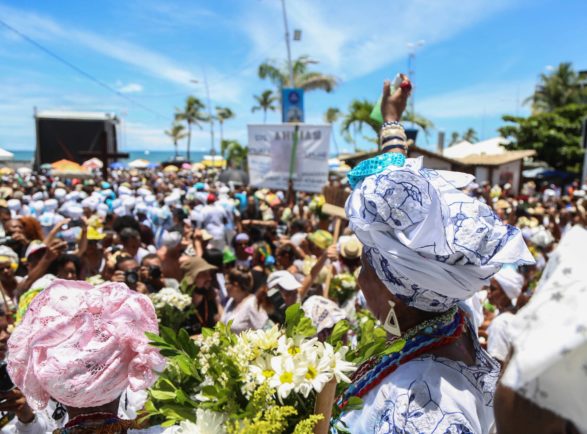 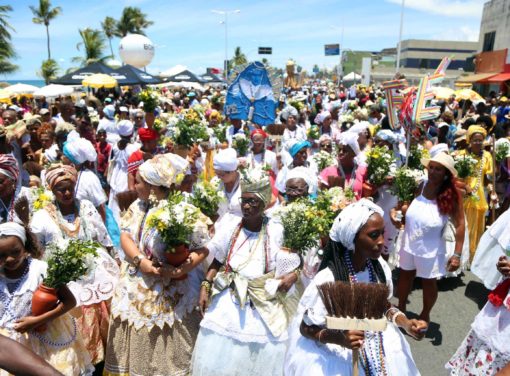 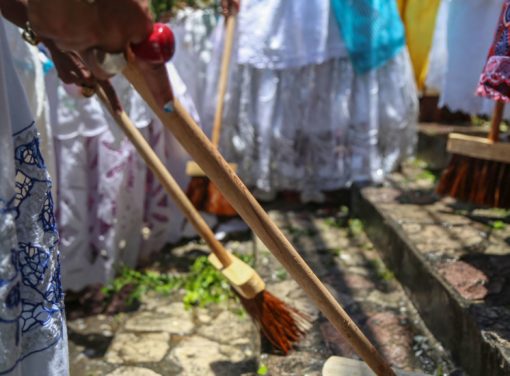 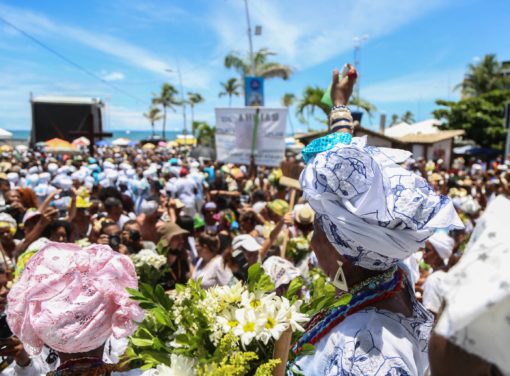 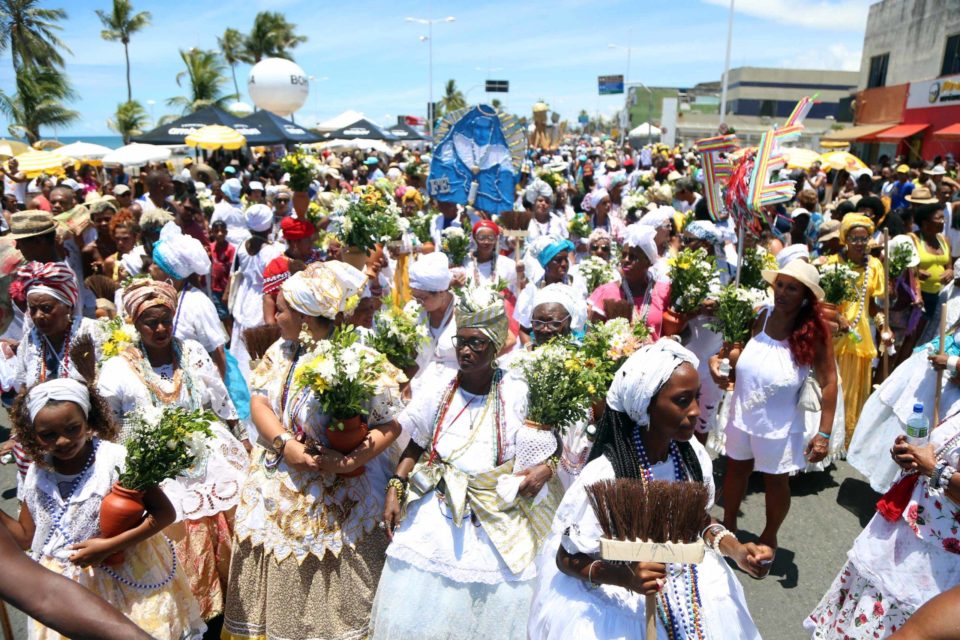 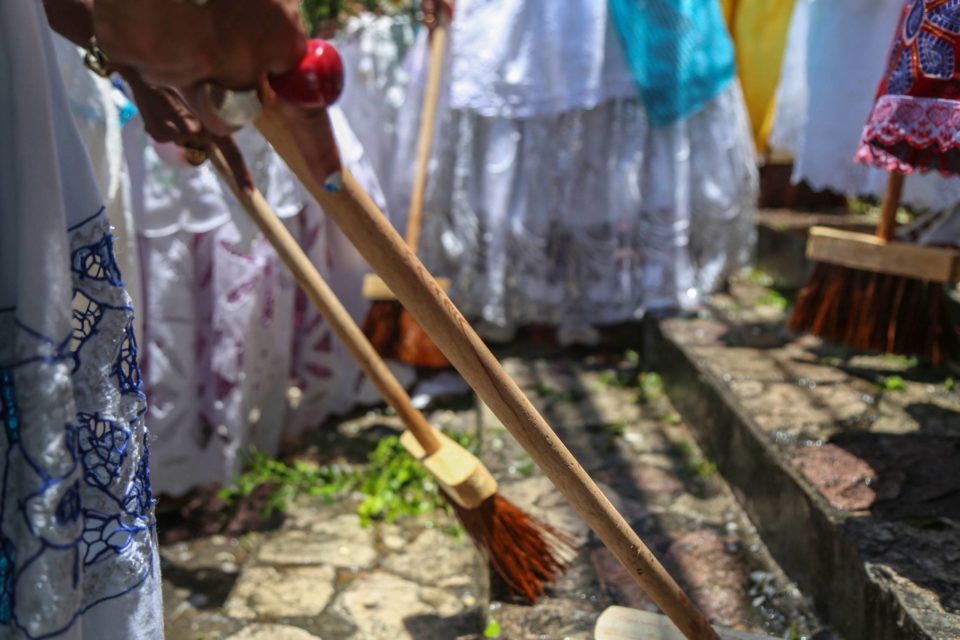 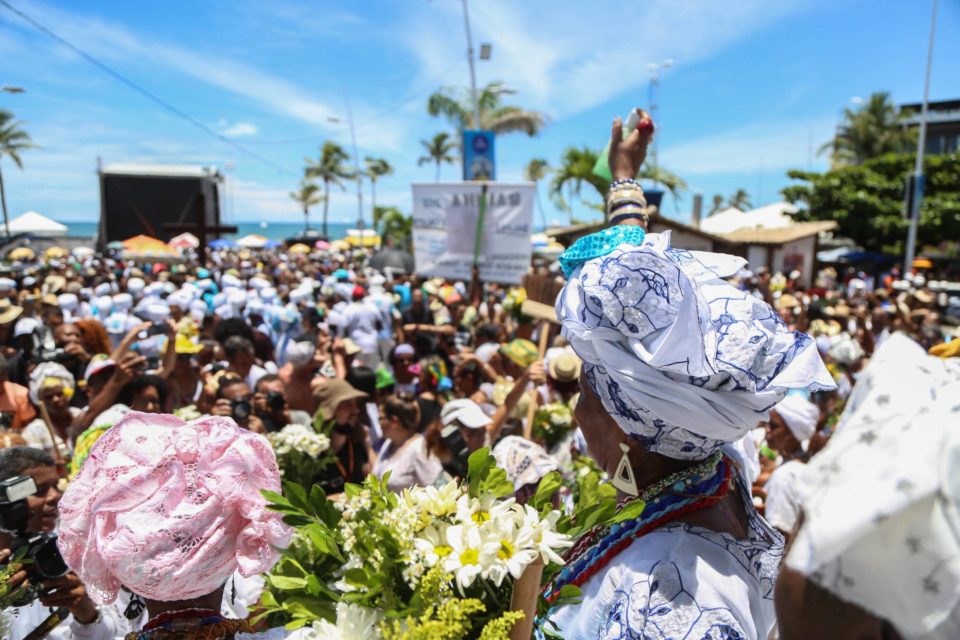