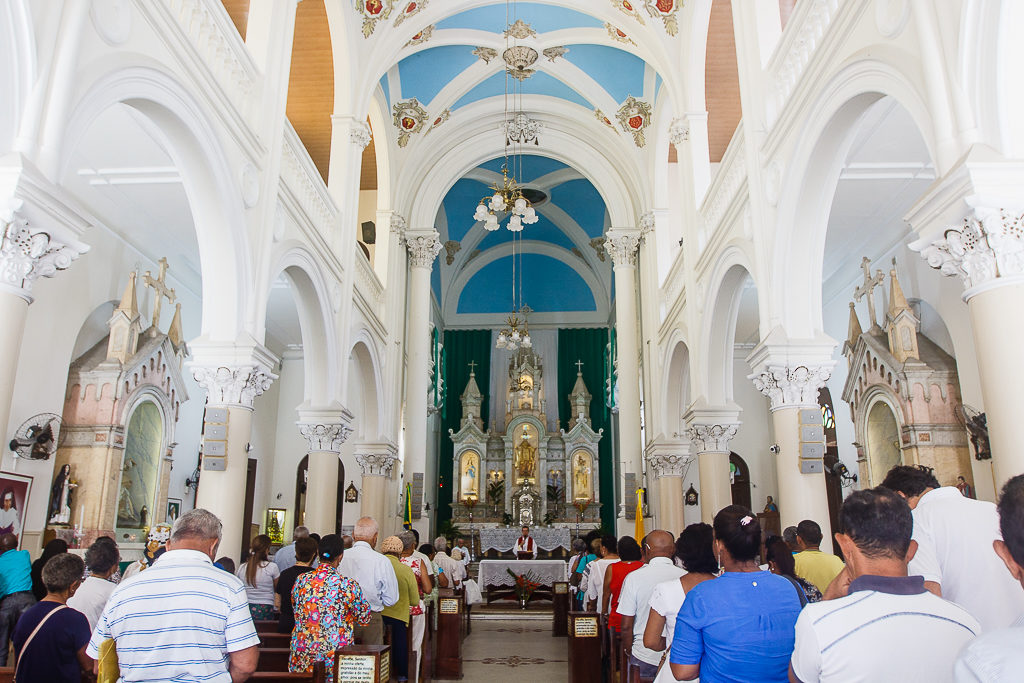 The Paróquia de São Pedro (Saint Peter’s Parish) is one of the most active in Salvador, for its masses and celebrations are always crowded. Its website is always up to date and the online newspaper “Folha de São Pedro” always brings news about religious follow-up and announcements of conversational tables. For religious and also for the curious, the site contains very cool information like this:

“The celebration of the June 29th, in praise of the apostles and martyrs of St. Peter and St. Paul – founders of the early Church – is one of the most solemn and most antique universal church festivals, introduced in the liturgy in the third century, long before Christmas party.”

In Bahia, the devotion to Saint Peter is also old. In the first half of the sixteenth century, a primitive chapel existed under the invocation of St. Peter, and it was built by order of the brazilian first bishop, D. Pero Fernandes Sardinha, in 1554. The chapel was in the place where the Forte de São Pedro (Saint Peter’s Fort) was, in Campo Grande, which is private area. This chapel was demolished in 1723.

From the Forte de São Pedro (Saint Peter’s Fort), long after, the Head Office Church was built next to the Mosteiro de São Bento (St. Benedict’s Monastery), in the square that is now called Relógio de São Pedro (St Peter’s Clockwalk). In the beginning, the Parish was called São Pedro Velho Extramuros (Old St Peter Outside the Wall), for it is outside the city walls. In 1912, Governor José Joaquim Seabra expropriated the church to build the Barão do Rio Branco Square and also open the Sete de Setembro Avenue.

Under protests from parishioners and devotees, the church began to be demolished and then built on the corner of Piedade Square and Avenida Sete. This is the third temple of this historic church and it began to be erected in June in 1916. It was inaugurated on December 2nd, 1917. The present image of St. Peter, from the high altar, is probably from the 18th century.

The history of the neighborhood is also very interesting

In ancient times, Salvador was divided into parishes, each with its main church. This was the Parish of São Pedro Velho Extramuros, with origins in the 17th century. Popular tradition continues to refer to this historic area as being a small neighborhood.

In the 1960s and 1970s, São Pedro (St. Peter) was one of the main commercial areas of the City. In the following years, the trade changed, to a large extent, to shopping malls. Today, São Pedro is a popular shopping area. In the center of the Largo (square) is the monument to the Baron of Rio Branco, and next to it is the Relógio de São Pedro (St. Peter’s Clock), installed in 1916. 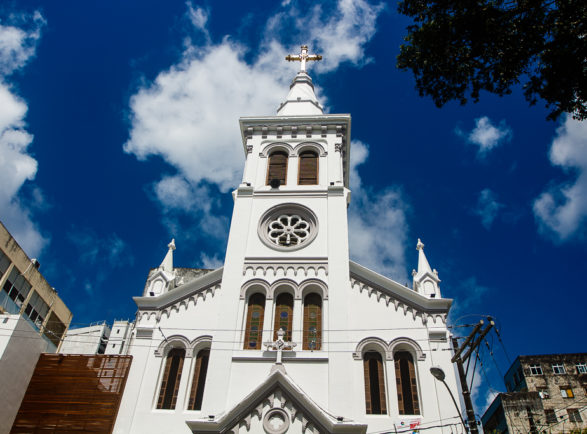 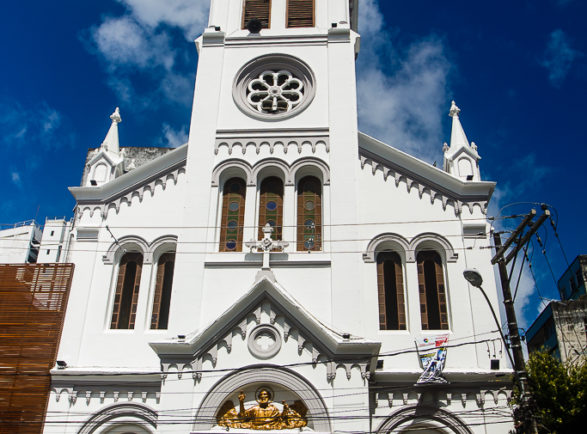 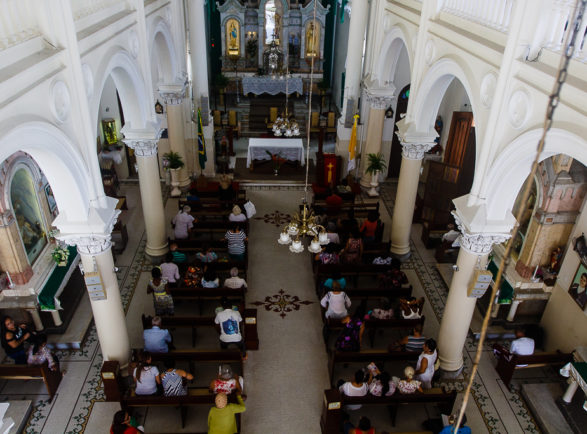 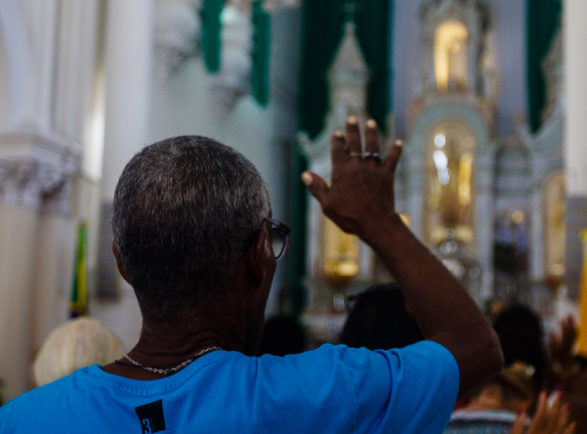 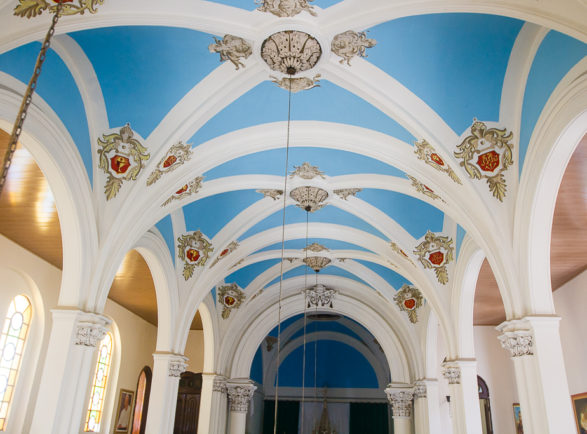 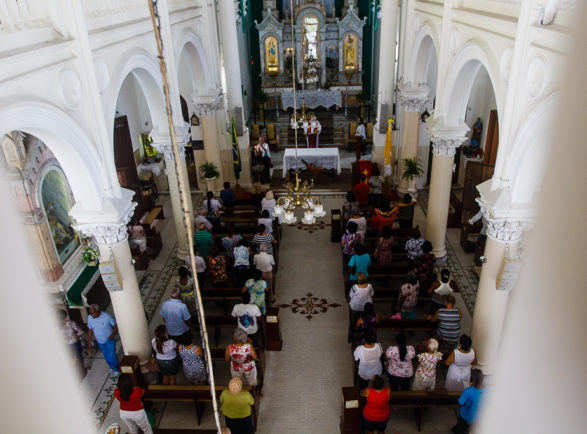 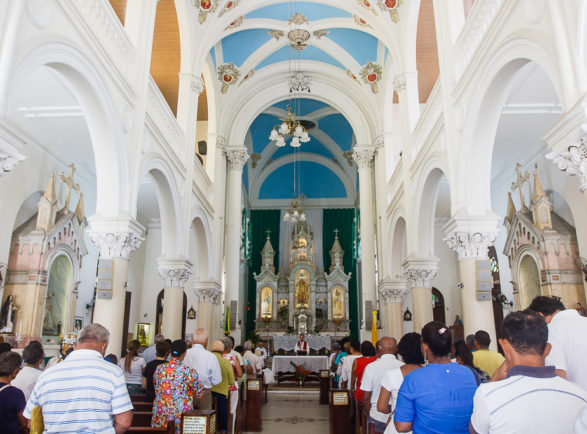 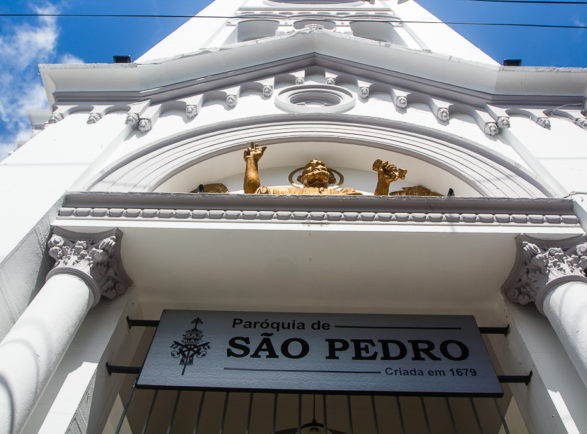 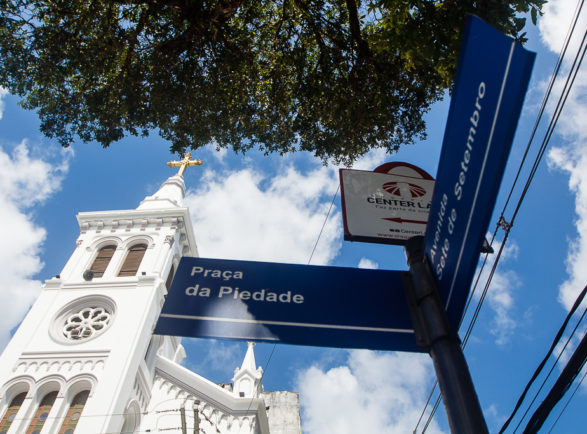 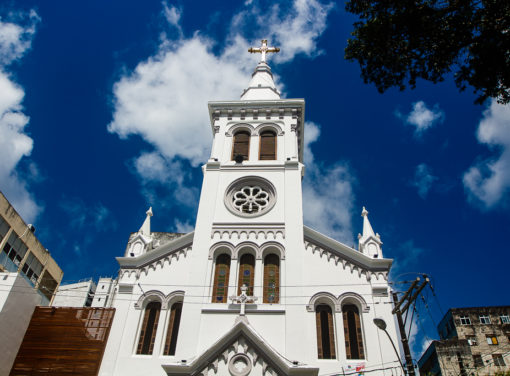 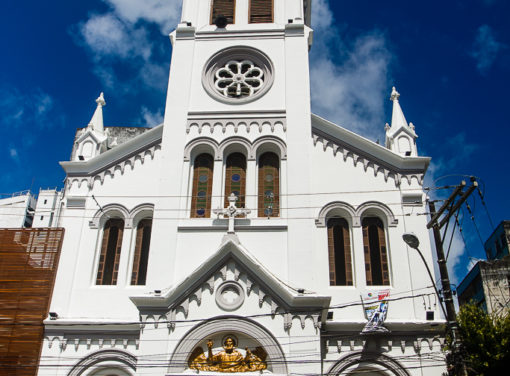 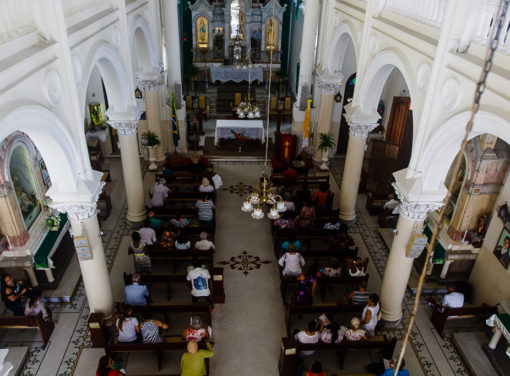 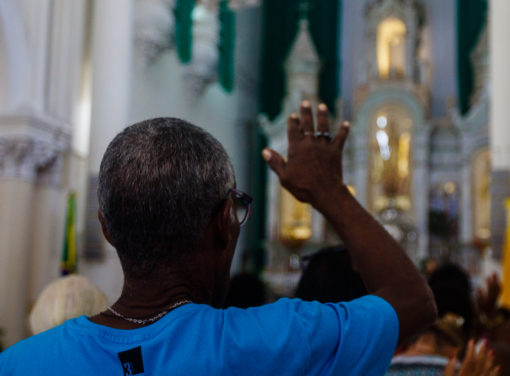 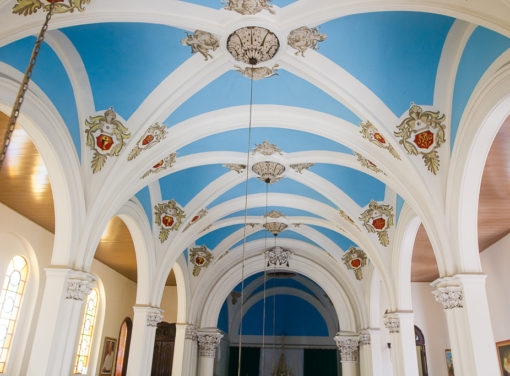 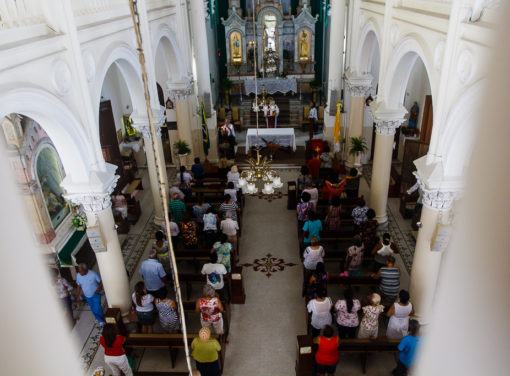 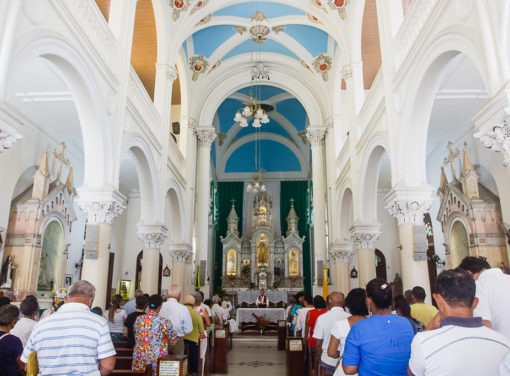 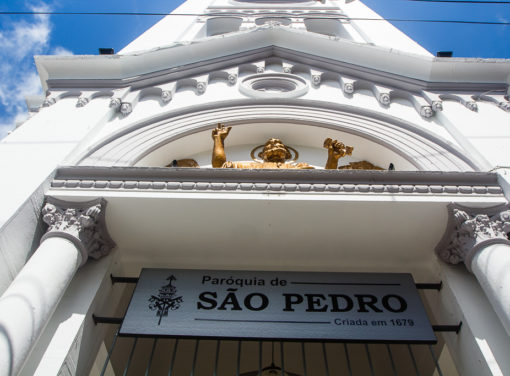 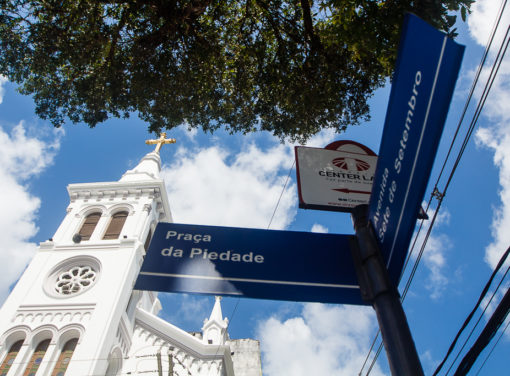 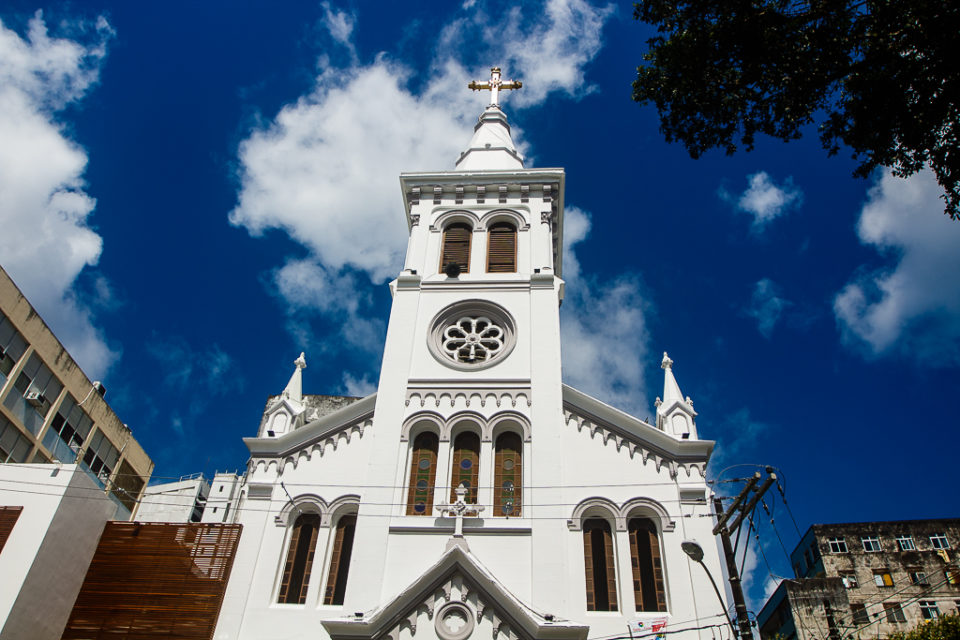 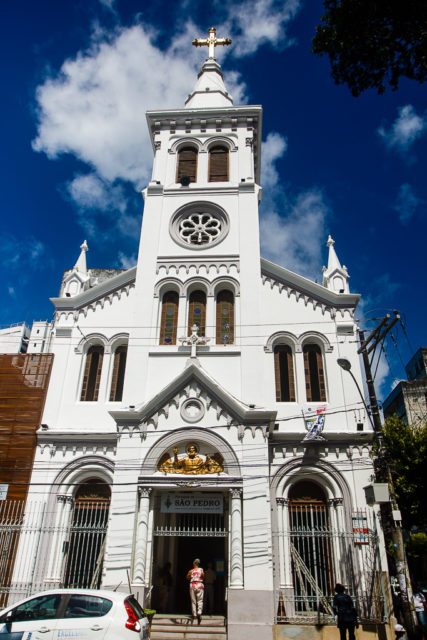 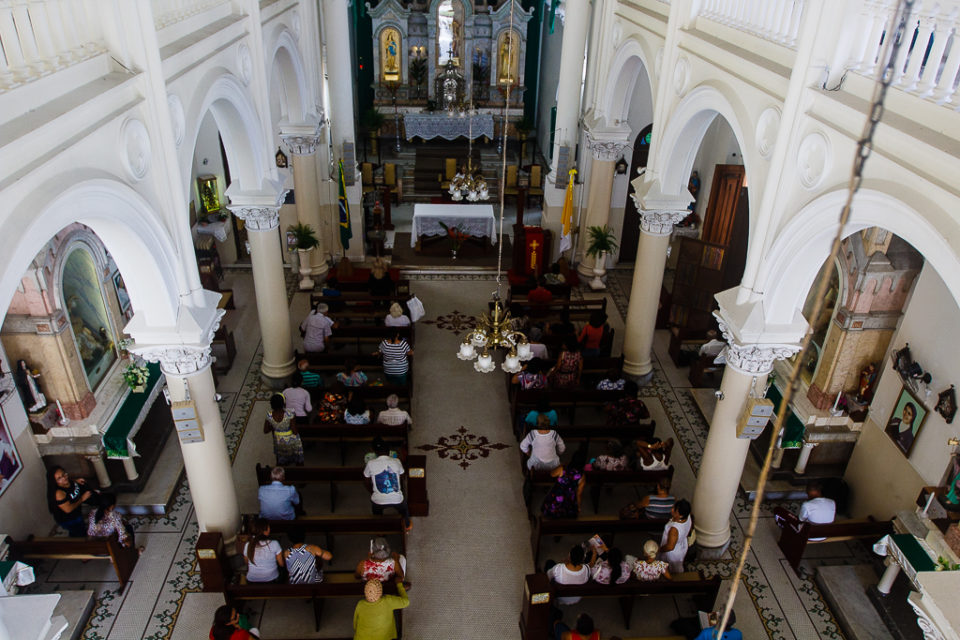 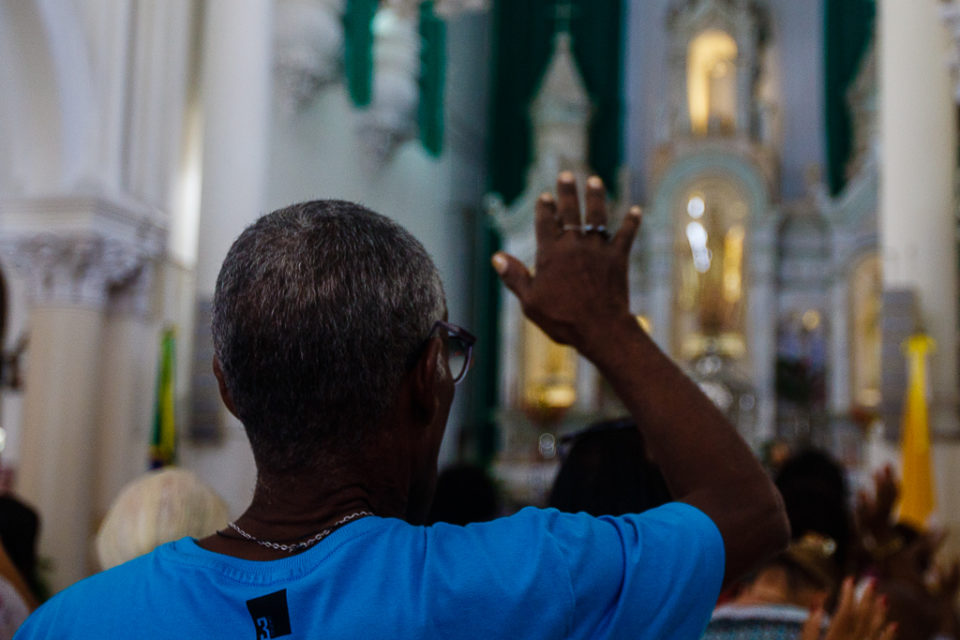 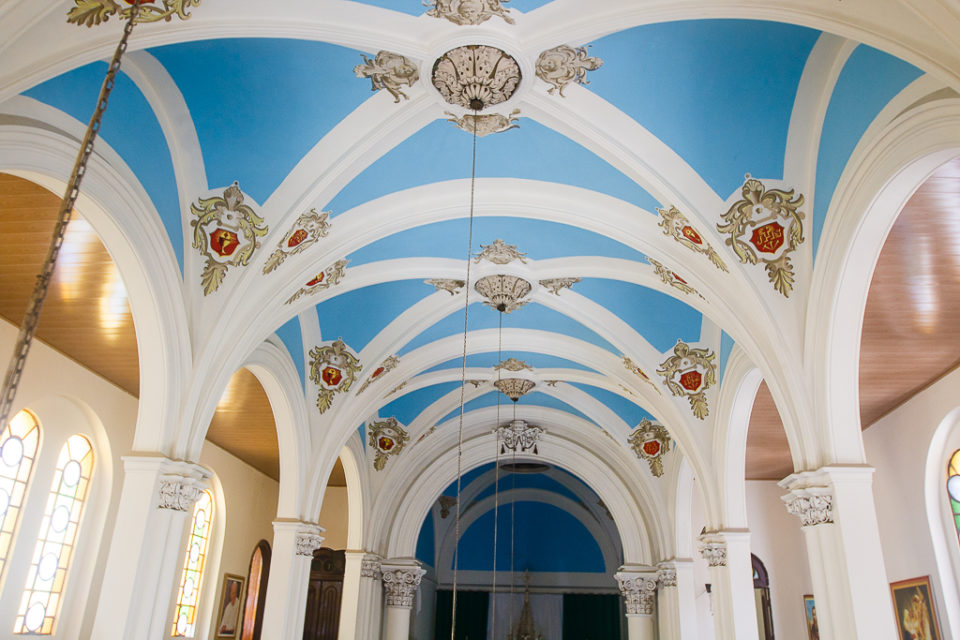 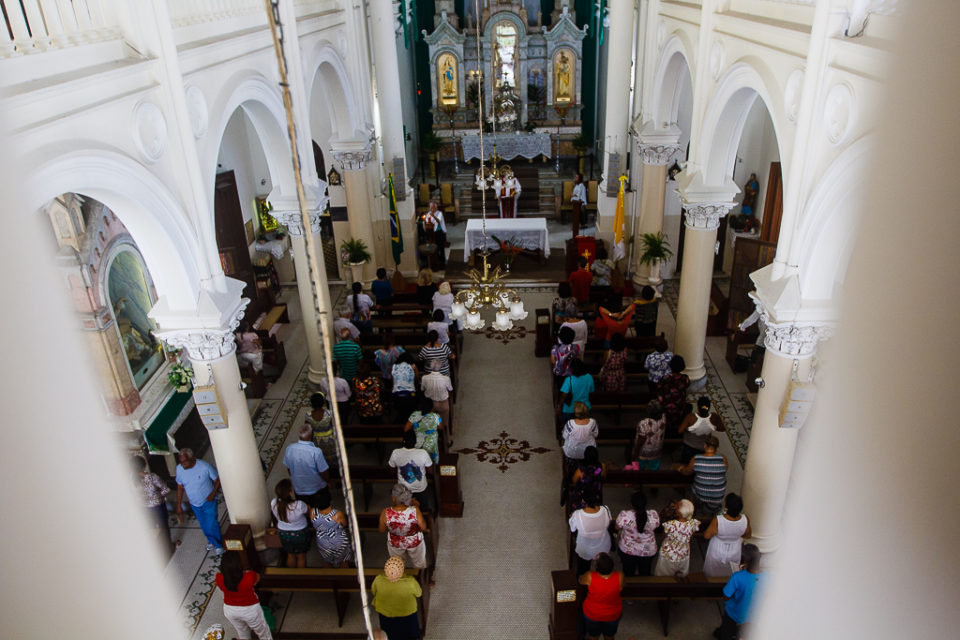 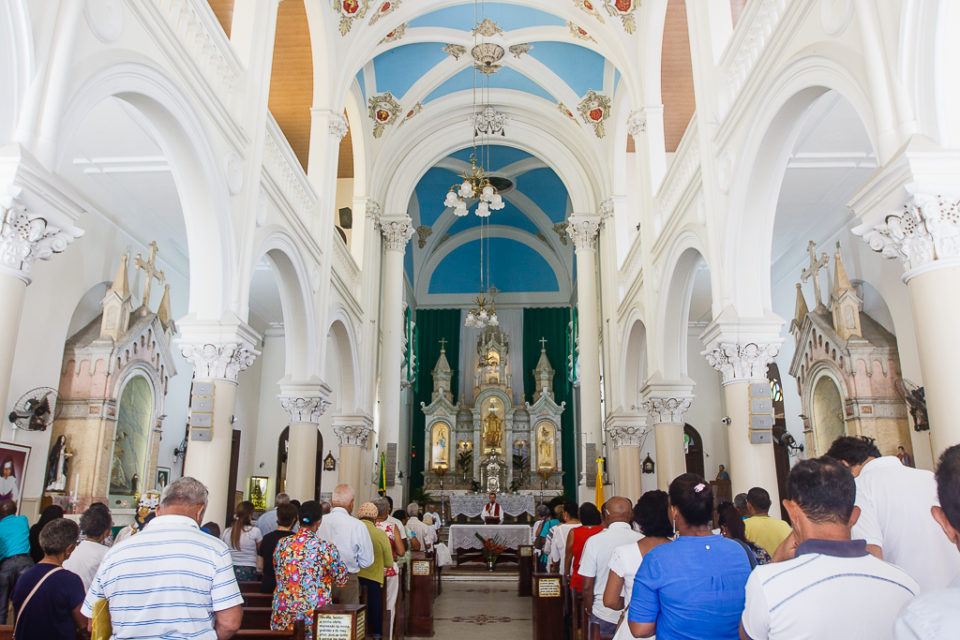 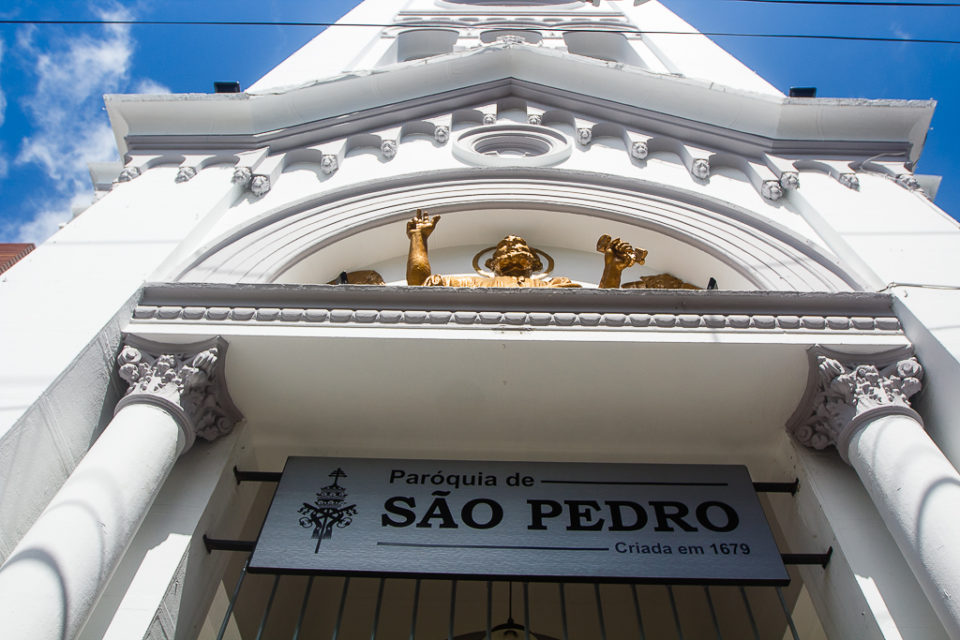 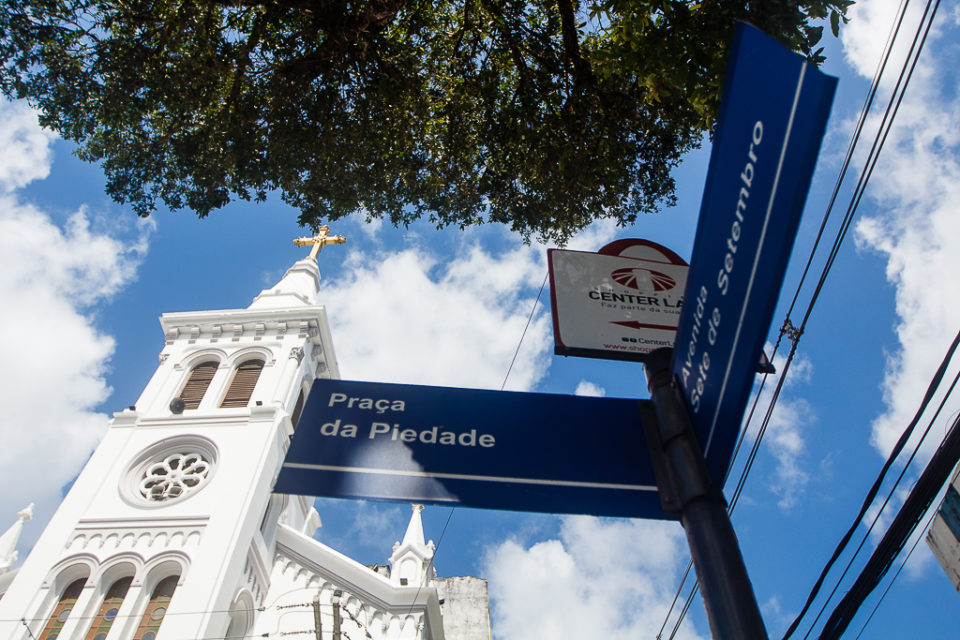