Sand to play: the shore of the Bahian capital is an invitation to footvolley

Discover spaces and schools to practice the sport

If you think that the coast of Salvador – one of the most beautiful in the world – is just for you to swim in the sea, you are wrong. The sands of the beaches in the capital of Bahia are great to practice sports outdoors, such as footvolley. It is common to walk around the city’s seashore and find several spots to practice the sport, from Barra Lighthouse to Itapuã Lighthouse.

Despite its origins in the mid-1960s, footvolley has gained a lot of space in the last 10 years. Today, the sport is a hit, especially among younger people. With such success, Salvador has hosted several competitions, from the smallest to those that count points for the Bahia ranking of the sport and, therefore, bring together the best athletes in the state.

With the increase in demand for the sport, several footvolley schools appeared – or became popular – around the city, either in closed arenas or on the beaches, such as Jardim Armação. There, some fixed supports for nets were placed in the sand and are an appeal for classes that mix football and volleyball.

The Armação neighborhood is also one of the places where people can take their nets, install them in one of the free spots and play on their own, without paying for instructors. Another place where you can do the same is in Porto da Barra. In all of them, there’s a great advantage: after class, the sea is right there for an invigorating dip.

In addition, two closed arenas, also without a net, are free for the public: one in Praça do Imbuí and the other in Parque dos Ventos. For those willing to attend classes, the possibilities are spread across the shore.

Marcelinho is a footvolley athlete and instructor. With him, you will have the experience of practicing with a sportsman who has already been five times world champion and ten times Brazilian champion.

Service
Location: Clube Espanhol – Arena (classes for members and non-members).
Instagram:@ctfmarcelinho
Phone #: 71 99173-5120
Information about prices and hours on this link.

Located in Itapuã, the Afonso Team School operates every day, with different monthly fees and classes twice or three times a week. Training takes place in all shifts of the day to better satisfy the students.

Muca Team is located in Stella Maris and serves a diverse audience, including older and younger people. The school has different values ​​for people interested in playing footvolley.
Service
Address: Stella Maris, on Via C, Rua Orlando Gomes.
Opening hours: Monday to Saturday in Stella Maris and Monday to Friday in Vilas do Atlântico
Phone #: (71) 992359112
Instagram: @mucateam

The first footvolley school in Bahia, Vitinho Team performs its training sessions at Praia do Flamengo, Costa Verde Tênis Clube and Praia do Porto da Barra. The school introduces people to sports and also works with intermediate and advanced students.

Located in Itapuã, the school offers footvolley training every day of the week for adults and children.

The Endorfina school is located in the Armação neighborhood and offers classes every day of the week for beginners and advanced students. 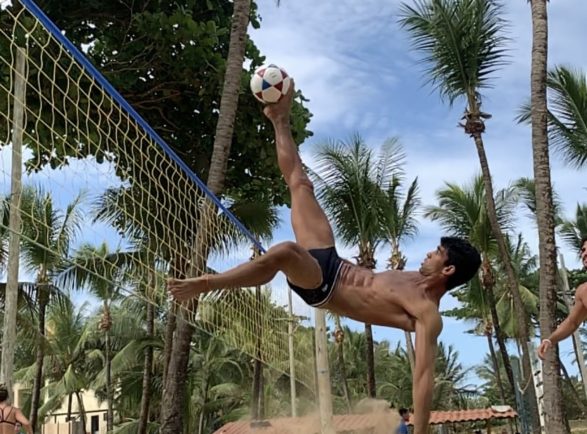 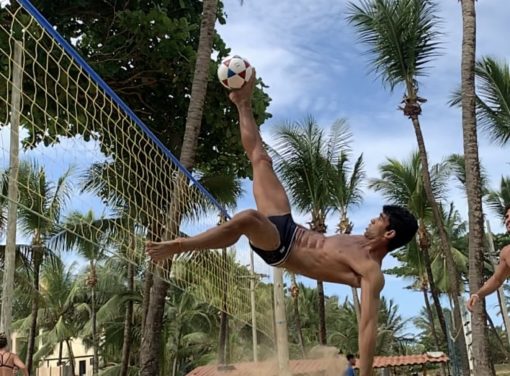 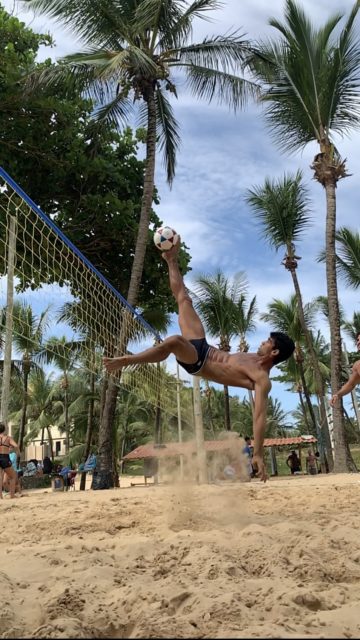 Arraiá do Beer May
See more at Schedule