The end and the beginning 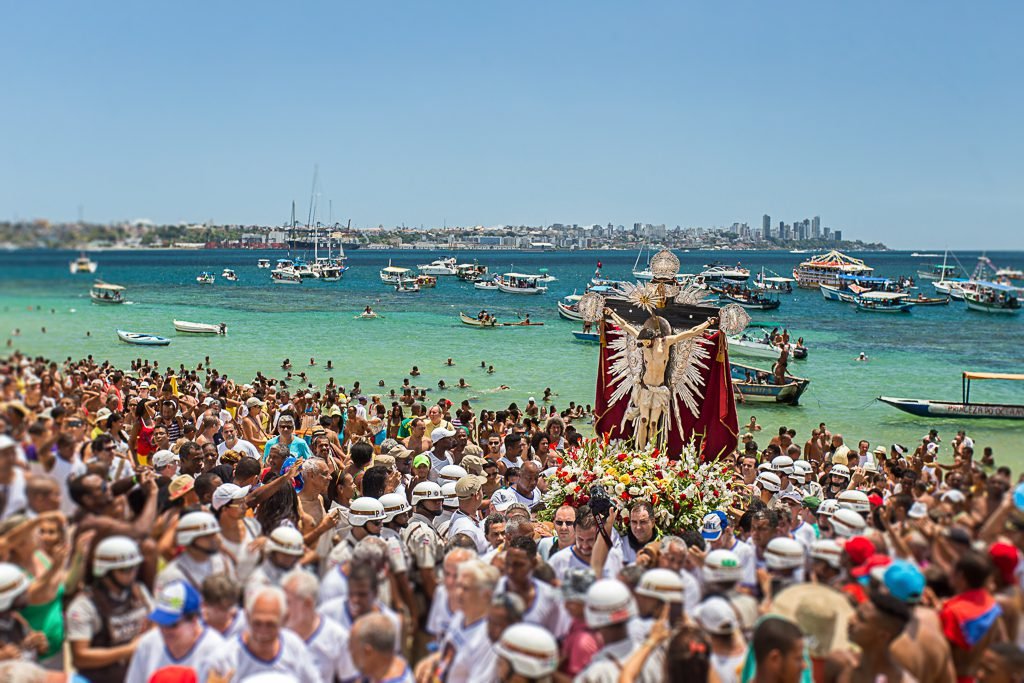 Every last day of the year and the first of the following year are marked by one of the most beautiful and traditional celebrations of Catholic faith in Salvador, which began in 1750 and seeks to strengthen faith and hope. This party was initially instituted by the captains, who on the 31st thanked for the year that was finishing and on the 1st requested Bom Jesus dos Navegantes for blessings for the year that was beginning. Thus, a request of protection was made to Bom Jesus.

For over 200 years, countless faithful have participated in the honors of Our Lady of Boa Viagem and Lord Bom Jesus dos Navegantes. In 2019, the central theme of the party was “In the People’s Gratitude the Good Angel of Bahia Sails”, a tribute to the sanctification of Santa Dulce of the Poor People. Devotees have one more reason to celebrate: The “Galeota Gratidão do Povo“ will return to the maritime procession after being completely restored. This vessel has been making the maritime procession in Salvador, bearing the image of Lord Bom Jesus dos Navegantes for almost 130 years. To learn more about this story, click this link.

The event includes two maritime processions: the first, on December 31st, takes the Largo da Boa Viagem / Basilica of Conceição da Praia route; The second, on January 1st – one of the most popular in the city – has hundreds of boats accompanying the Galeota Gratidão do Povo, which carries the image of Our Lord of the Navegantes through All Saints Bay waters.

Understand the celebration day by day

The festivities in honor of Bom Jesus begin at the Church of Boa Viagem, in the Lower City, on December 27, at 6 am, when the dawn happens. At 7:30, devotees will attend a mass, which will be followed by the temple washing and a moment of prayer. At 11am this same day there will be the traditional hoisting of the devotion flag; and at 7:30 pm a mass will be celebrated with street vendors and families residing in the Boa Viagem beach region.

Between December 28 and 30, always at 7:30 pm, the triduum happens in this same Church. One of the most anticipated moments of the party will happen on December 31st, at 9am, when Galeota will descend to the sea. At 3pm there is the Boarding Mass and, shortly after the Eucharistic Celebration, around 4:30 pm, the image of Lord Bom Jesus dos Navegantes will be boarded at Galeota and sail from Boa Viagem beach to the port of Salvador (2nd docks warehouse), from where it will follow, in terrestrial procession, to Our Lady of Conceição da Praia Sanctuary (Comércio).

The honors continue on the first day of 2020, when, at 8am, Dom Murilo will hold a mass in the Basilica of Conceição da Praia. The devotees who are in the Parish Church of Our Lady of Boa Viagem will attend masses at 9am and 10am.

At around 10am, in Comércio, the image of Lord Bom Jesus dos Navegantes will be taken to the Pier of the Authority of Ports (Navy), and will go to Porto da Barra, returning to the pier and following to Ponta do Humaitá. There, the image will be landed and will follow in terrestrial procession to the Parish Church of Our Lady of Boa Viagem, where it will be exposed for public veneration until 3pm.

The closing of the festivities will take place on January 5th at the Church of Boa Viagem. On this day, the schedule will feature the rosary recitation at 3:30pm and mass at 4pm. Around 5pm, there will be a terrestrial procession with the images of the Lord Bom Jesus dos Navegantes, Our Lady of Boa Viagem and Saint Dulce of the Poor. It will start at Boa Viagem and will go through Luiz Tarquínio Avenue, Irmã Dulce Square (Largo de Roma), Henrique Dias Street, Baixa do Bonfim, Imperatriz Street and Largo da Boa Viagem. Find out all the information in this link. 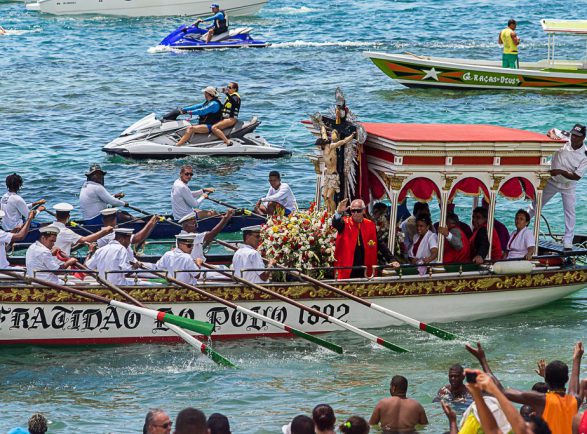 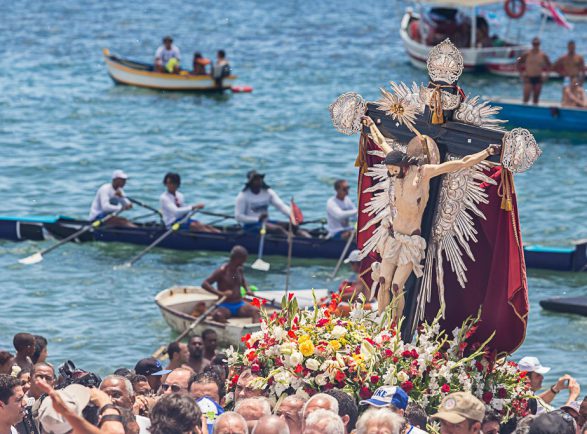 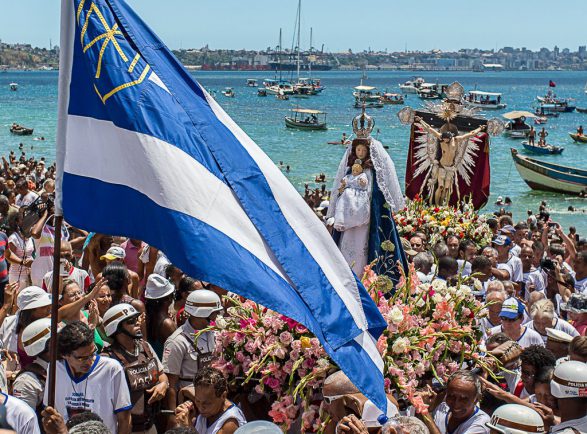 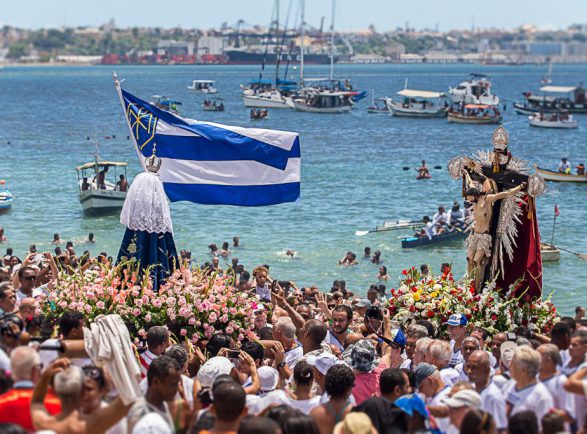 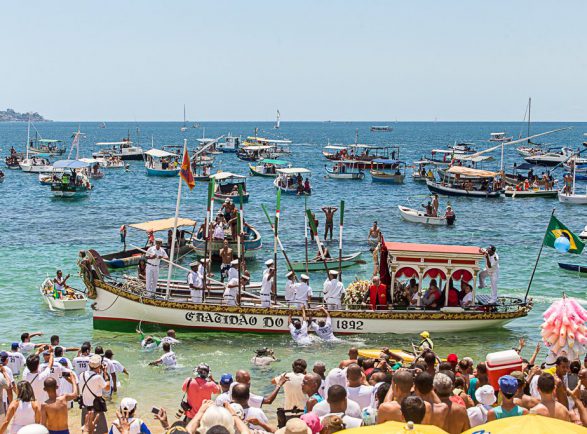 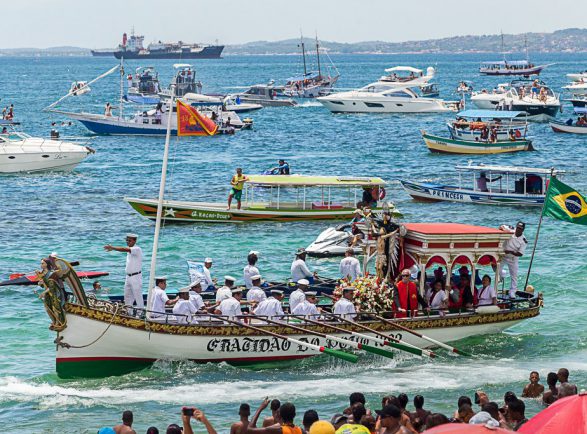 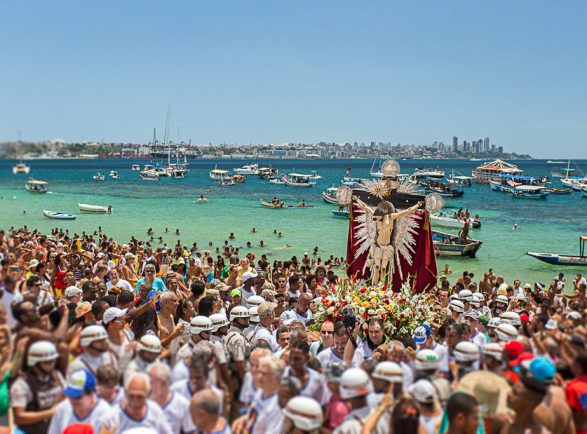 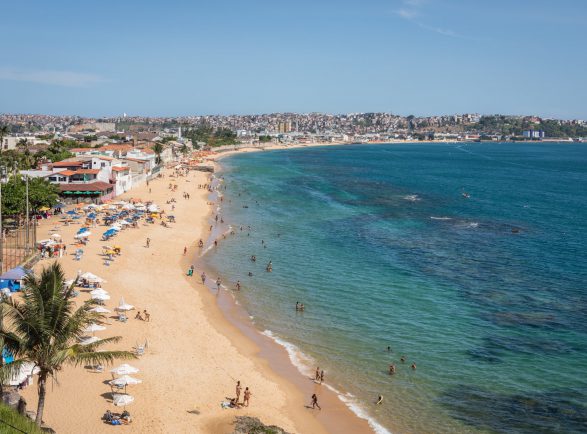 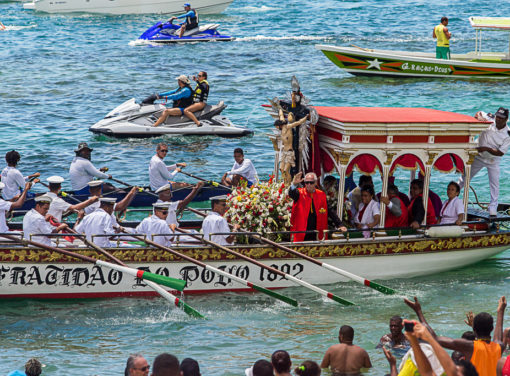 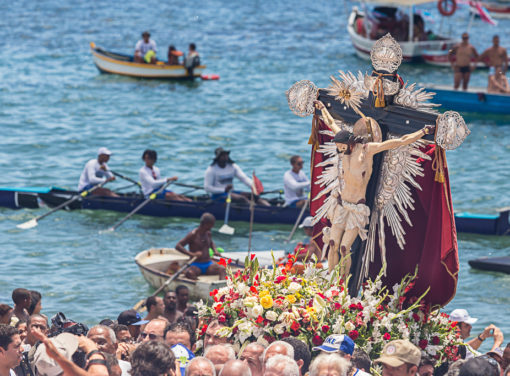 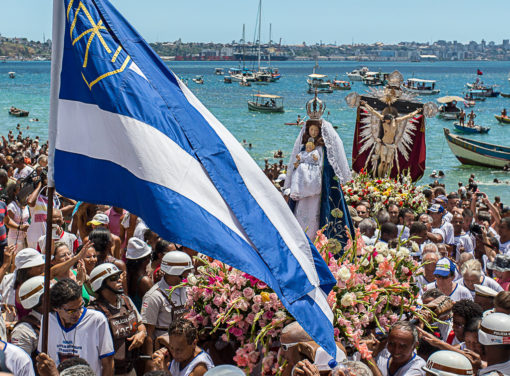 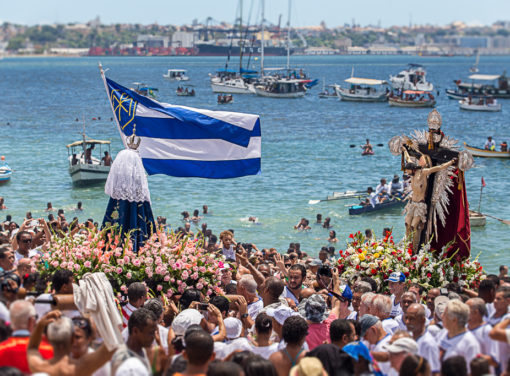 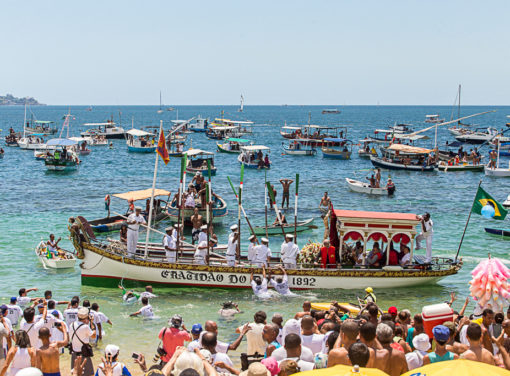 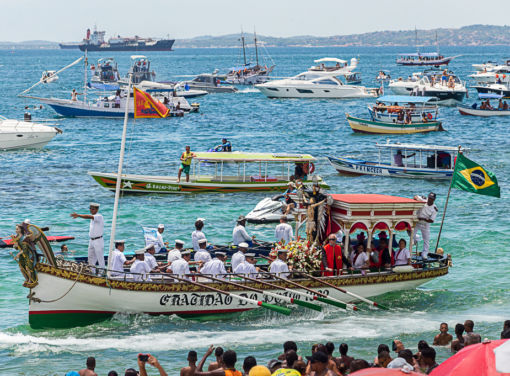 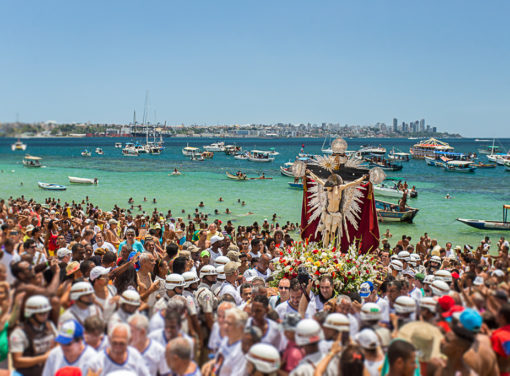 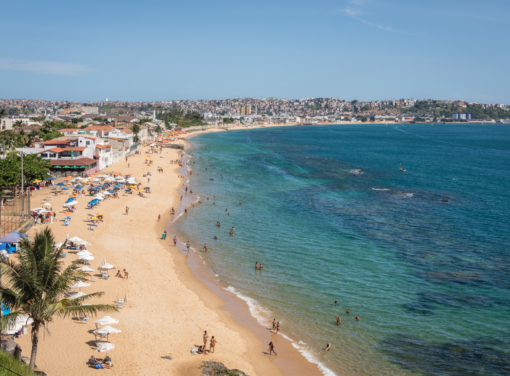 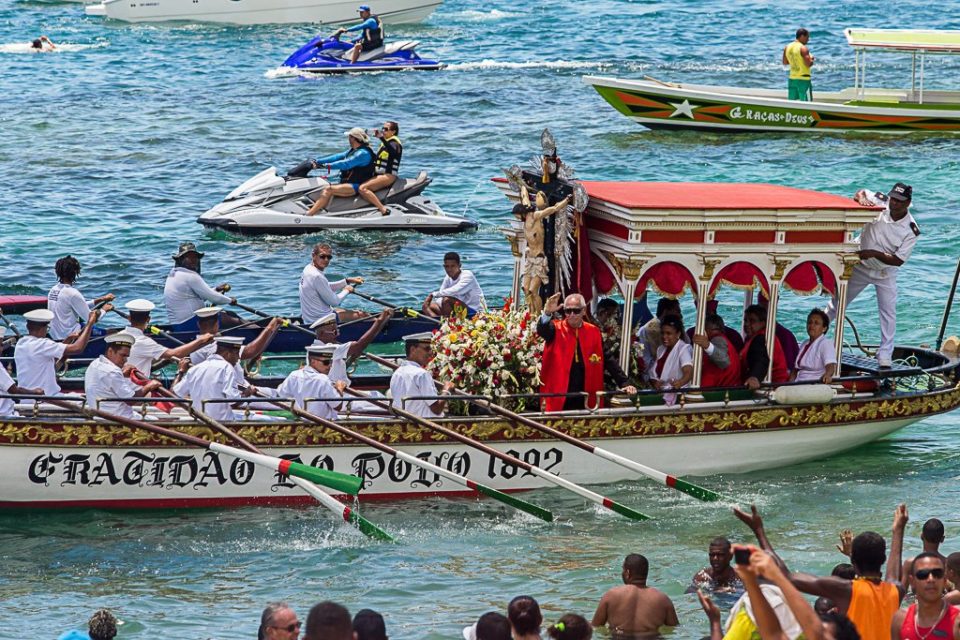 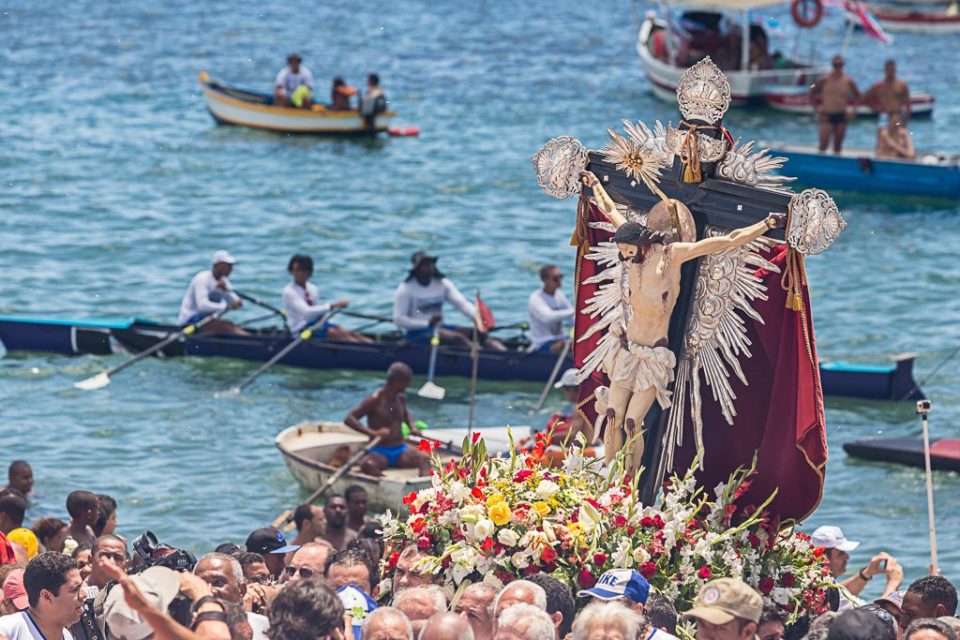 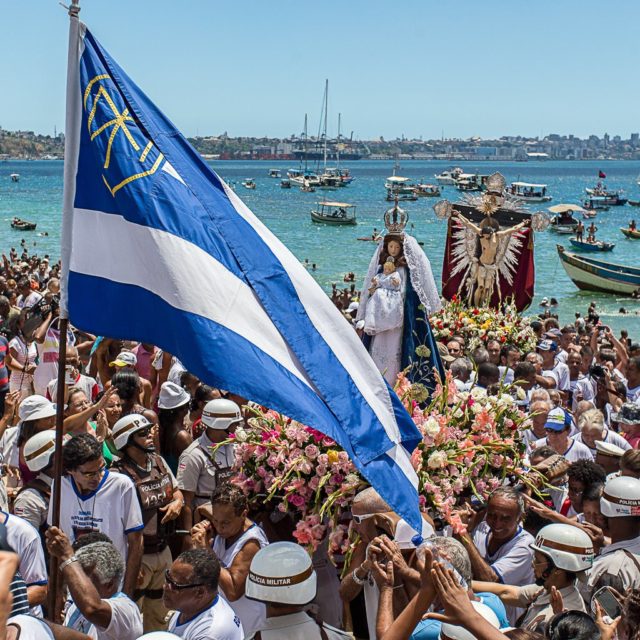 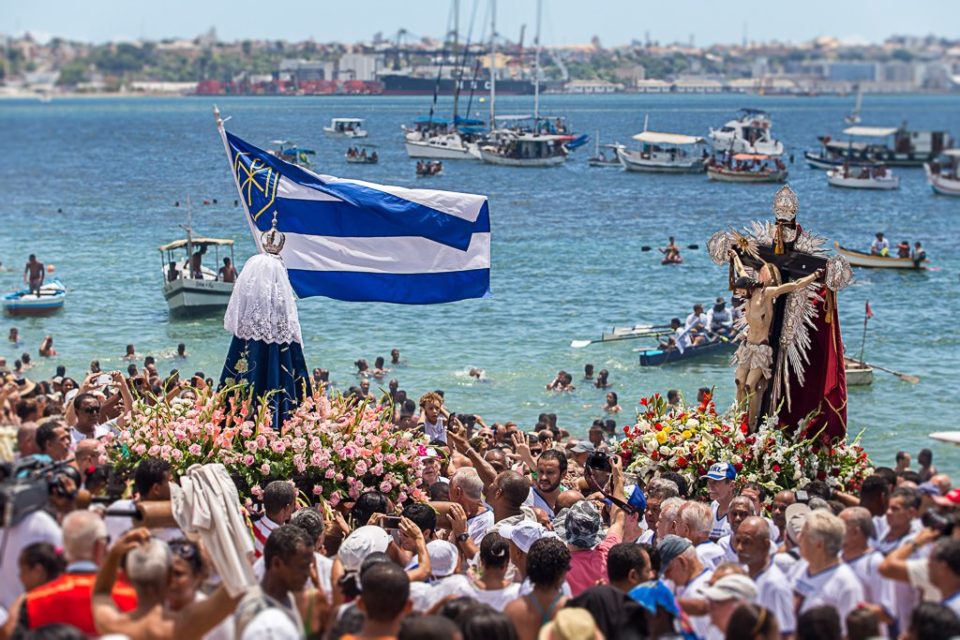 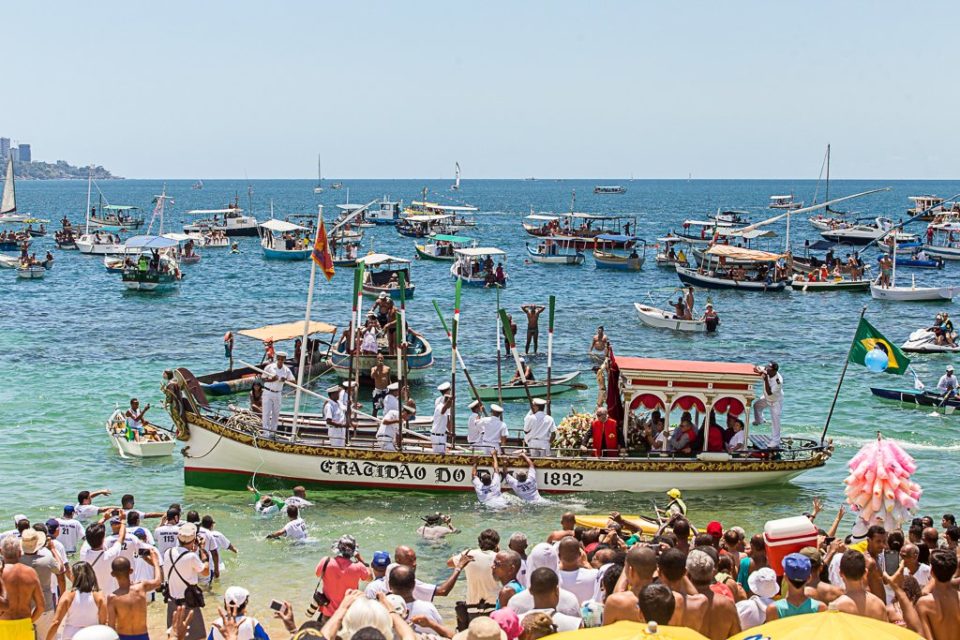 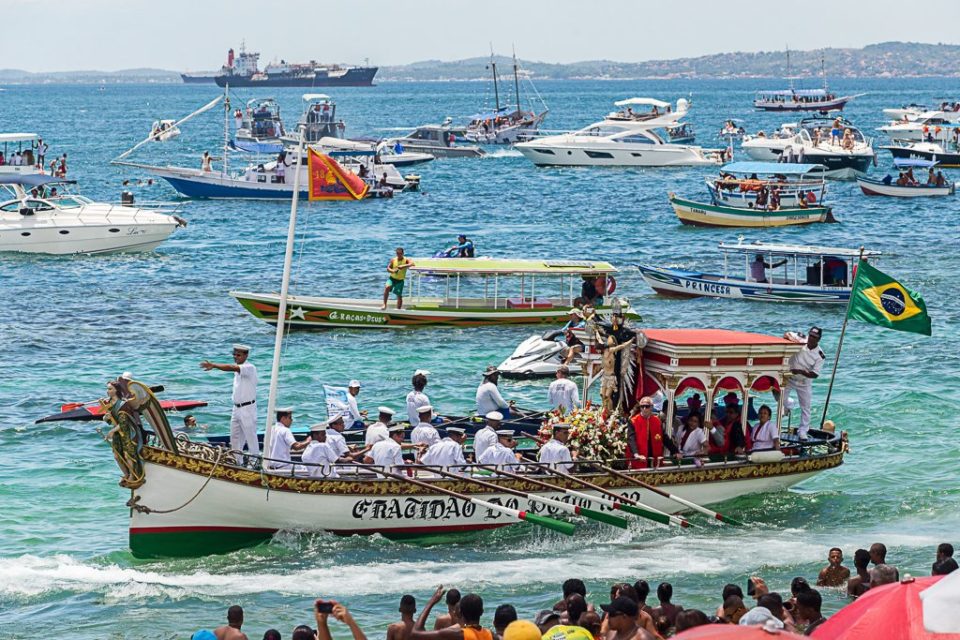 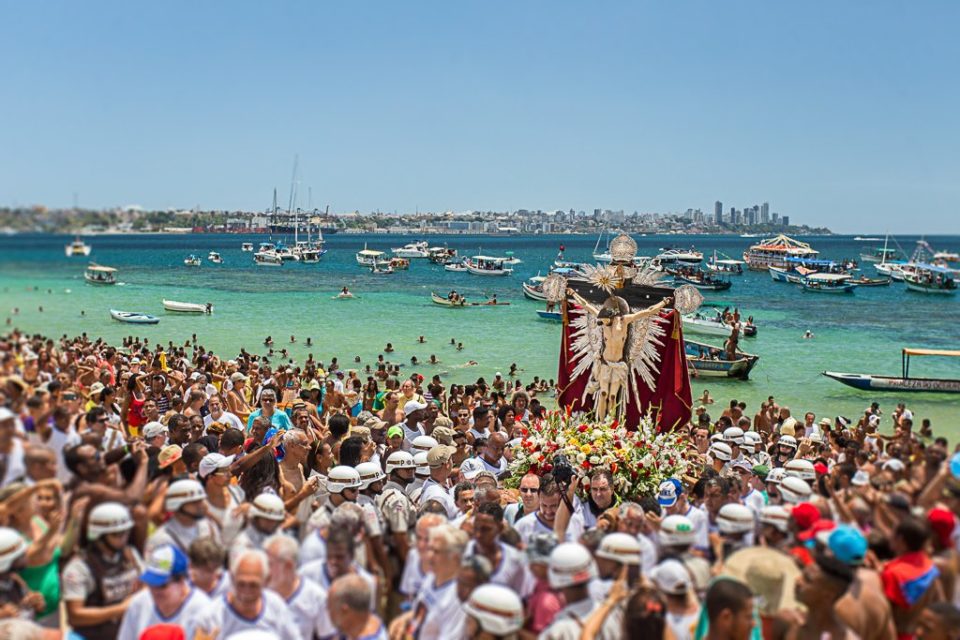 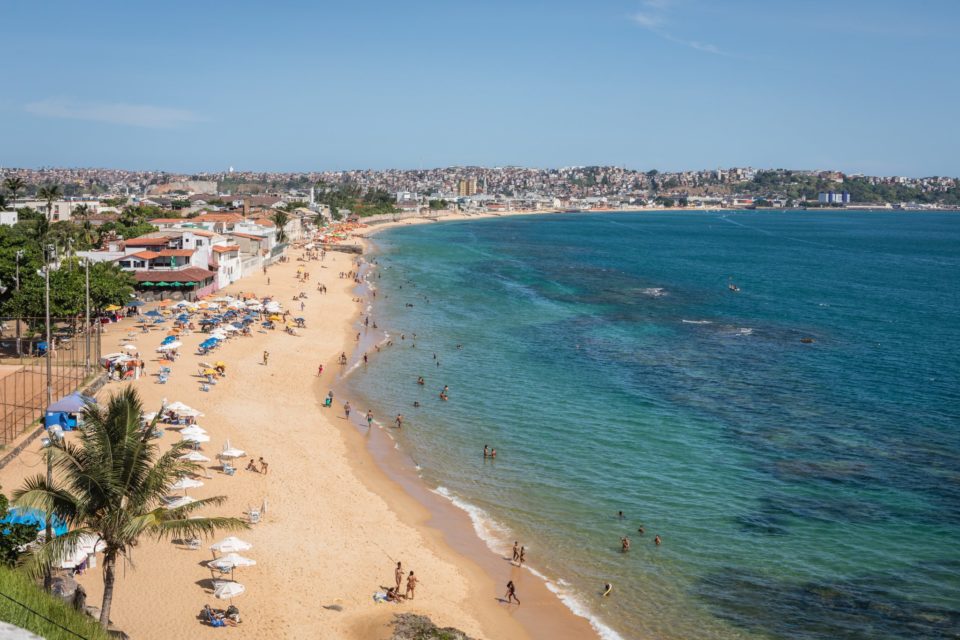