A story of determination and tasty food

Cantinho da Jô turned 5 years old on October 16, 2021. The restaurant is located in Vila Brandão and has a wonderful sea view. A little corner of Salvador where you feel like you’re in the countryside.

“Of course, on the weekend there are people who drink and party, but, in the end, it’s a very quiet place”, says Dona Jô, owner of the space.

One of the most popular dishes is the aratu moqueca with green papaya, which recipe Jô brings in her memories of childhood in the countryside. Papaya from the backyard was widely used as an ingredient, cut into small pieces to make the recipe grow. The difference from the dish served today at Cantinho da Jô is that it takes aratu, and the one at her house was with miraguaia fish.

The recipe also includes biri-biri, black pepper and grated coconut. The dish is cooked in layers: aratu, papaya, spices. It doesn’t take water, so a little coconut milk and a few drops of palm oil are added to give it a golden color.

Another very famous dish, which entered the Donas do Sabor Festival, in which Dona Jô is one of the ambassador chefs, is the “cama-polvo” moqueca. Take the opportunity to order the fried banana farofa, which is well toasted with butter to gain a slight crunch. The menu also has fried fish, sun dried meat, several very local and very tasty snacks.

“We always work with the dishes being freshly prepared. I know it takes more work, I know that sometimes it takes a little while, but it’s fresh food, the restaurant’s brand, food that you cook with love, make with affection, such like grandma’s food”, explains Dona Jô.

Another attraction is the sea, which at times is a little restless, bumping against the rocks, at others it is calm, but it is always possible to take beautiful pictures. It’s a good place to relieve the torrid heat of Salvador. Many visitors take the opportunity to cool off in the waters either before or after meals. The tour is so worth it.

Learn more about this story

The relationship of Joelia Ramos Bruno Cova, Dona Jô, with gastronomy began when she was about 15 years old, when she went to work in a family home as a cook, here in Salvador. Ten years later, with the birth of her daughter, married, she had the illusion that she would be able to live on her husband’s money only. Time passed and Jô felt the need to have her own money back, her independence. That’s when cuisine crossed her path again.

“I already had two children, I was having a lot of difficulty, and I started selling snacks at my doorstep. I sold sonho (a kind of doughnut with guava paste inside), pastels, hot dogs, and whoever ate praised them. It worked so well that I got a helper to sell outside the neighborhood”, explains Dona Jô.

A lot happened. Unfortunately, she gave up on the business for a long time, but after her relationship ended and her children grew older, she decided to go back to selling her treats on her doorstep. And that was when Dona Jô never stopped. In 2 or 3 years, things got better, and then the opportunity arose to buy a house, which is the restaurant today: Cantinho da Jô, in Vila Brandão.

In the beginning, it was a cafeteria, with tables and chairs, where people could go and eat their lunch right there, peacefully. The menu grew, becoming diverse, Jô started making some tidbits, selling beer, snacks and sundried meat with mashed potatoes, which, at the time, was the flagship of the house. It was then that the “Conexão Bahia” TV program put the restaurant on the TV screen and more and more people started to appear.

“The food, the view and the very peaceful community give the place its charm. And then word of mouth began, friend calling friend, and this good relationship was created”, she explains.

To make the story even better, boosted by the “Panela de Bairro” attraction, on TV Bahia, the news of good, cheap and tasty food became the talk of the town. Today, the restaurant is full of happy people, who like to eat well, and also enjoy the view and even take a dip in the sea. 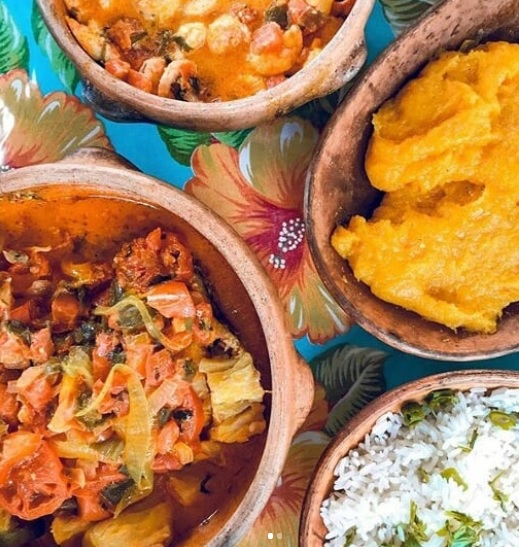 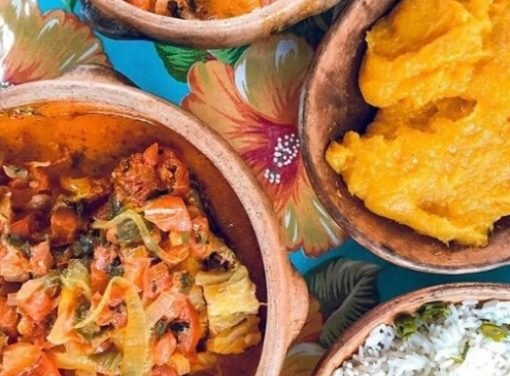