Ajeum da Diáspora is a gastronomic and cultural project that aims to enhance Afro-Brazilian cuisine. Ajeum is an opportunity to bring together people interested in tasting delicacies from our vast cuisine, always with a touch of creativity and originality.

The project, conceived by Angélica Moreira in 2013, happens regularly in the home of the cook and hostess. The diverse menu is full of recipes loaded with flavors brought from Africa. Another strong point of the project, highlighted by everyone who gets to know it, is the purpose of sharing, inherited from African ancestry and applied at the Ajeum table.

Ajeum da Diáspora is located in the Tororó district, in the center of Salvador. The restaurant is frequented by locals and tourists. The dishes are quite varied, such as: Arroz de Hauçá; Efó with Fish; Jambalaya; Chicken Yassa; Jollof rice; Maniçoba and others.

Learn more about this story

The idea of ​​the first edition was to spend the day after carnival with good food and friends. Today, it receives up to twenty diners, on Sundays only, for an African-inspired meal. The bowls in which the main dishes are served offer the possibility of meeting new people and exchanging ideas.

The Ajeum da Diáspora team also works with events previously scheduled for closed groups, in addition to being open to invitations and services in other spaces that dialogue with the principles and concept of the project.

Walking with tradition and innovation hand in hand, Ajeum da Diáspora is conquering its space in the agendas of people who are willing to try interesting, different and creative proposals, in addition to eating and drinking well.

Angélica Moreira, a black woman from Bahia, mother and educator, is the creator of Ajeum da Diáspora. She is 62 years old and has never attended any gastronomy school. She learned how to cook with the eldest members of her family, who were masters of this art.

“Cooking is part of my life. Mother of three daughters, I always cooked. I come from a family of women who had the job of cooking as a survival”, says Angélica.

With her project, “Ajeum da Diaspora, an Afrodiasporic ethnogastronomy”, Angélica has already held and participated in numerous events in Salvador and other Brazilian states, such as Belo Horizonte, Brasília, São Paulo and Rio de Janeiro, in addition to having taken her cuisine to Mexico, in 2019. Among workshops, cocktails and dinners, she has hosted personalities such as writer Conceição Evaristo, activist Angela Davis, international chef Roblé Ali and actress Camila Pitanga.

She developed the project “Saboreando Histórias”, in which she unites gastronomy and black literature, in online classes, which have already had the presence of Lázaro Ramos and Ana Maria Gonçalves. Angélica is also the author of the book “Memórias da Cozinha Ancestral” (Memories of Ancestral Kitchen), released in 2021. She is also an ajoiê de Oxum, at Ilê Axé Opô Afonjá. 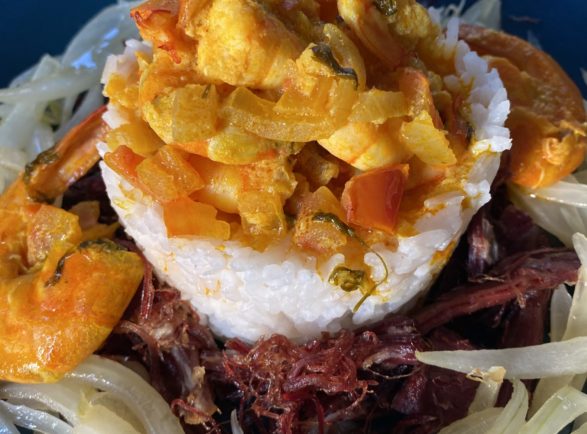 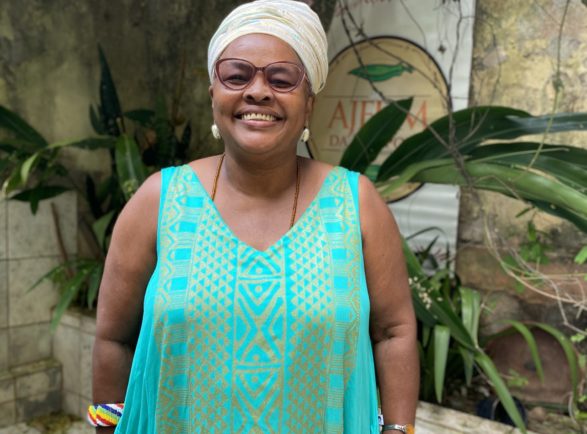 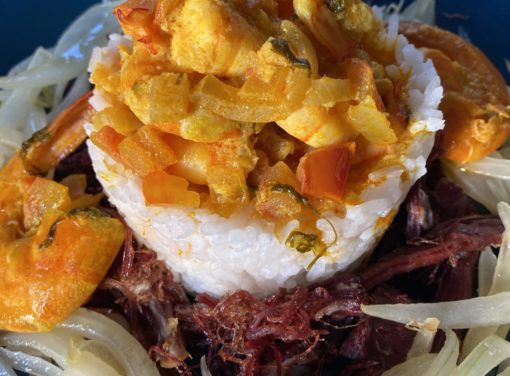 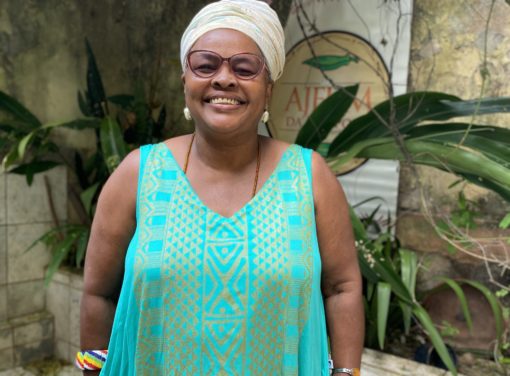 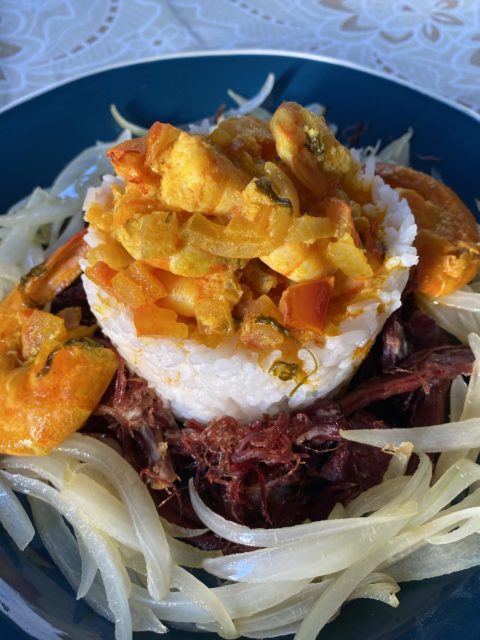 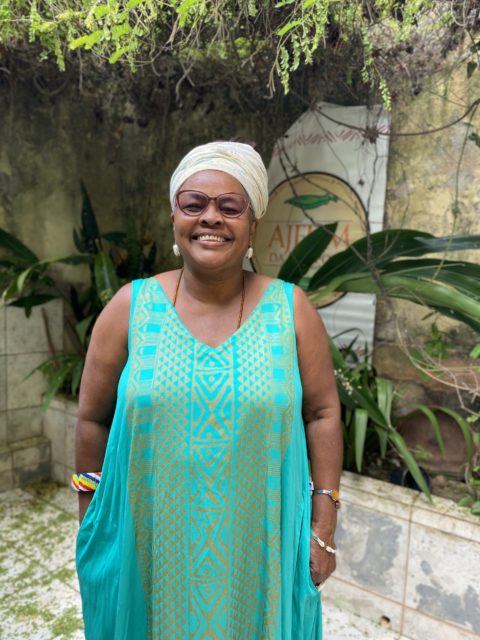