A pinch of history

Salvador has an invaluable historical heritage. It has about three thousand buildings built from the 18th century on, with highlights for religious, civil and military architecture monuments and also Afro-descendant culture temples.

The Historical Center of Salvador is composed of streets and architectural monuments of the time of Colonial Brazil, the Empire and the First Republic. It covers the Pelourinho, Sé and Pilar neighborhoods. The region, rich in historical monuments dating from the 17th century to the 19th century, is the oldest part of the city and frequented by tourists looking for museums, theaters, churches, musical performances, gastronomy and the souvenir commerce. 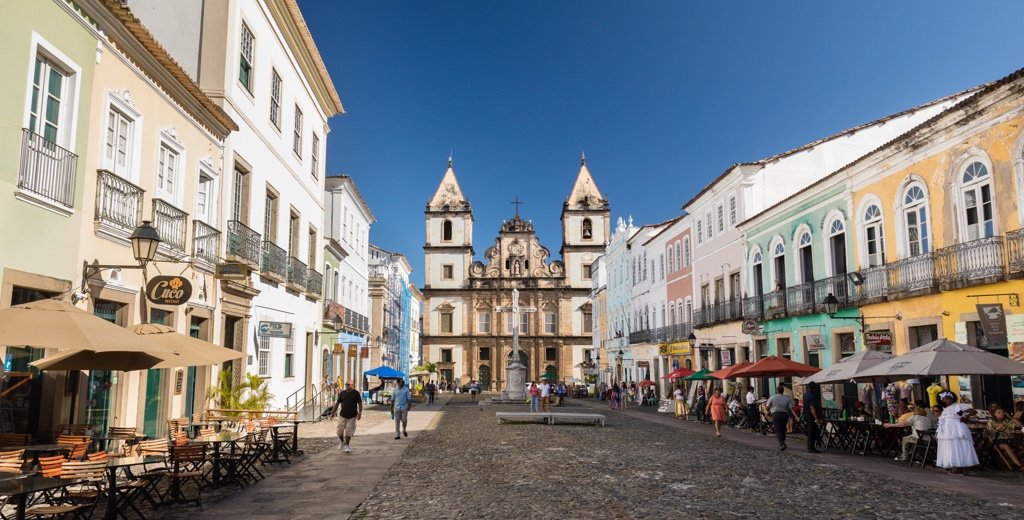 UNESCO considered, in 1985, the Historical Center of Salvador as Global Heritage of Humanity. Since then, the site has undergone several restoration, aiming at preserving the historic area of the city.

The square, which is the meeting point for blocks and trios elétricos during Carnival, is one of the most important squares in Bahia’s capital. It is in the Poet’s hand that the sun rises and the moon goes down. 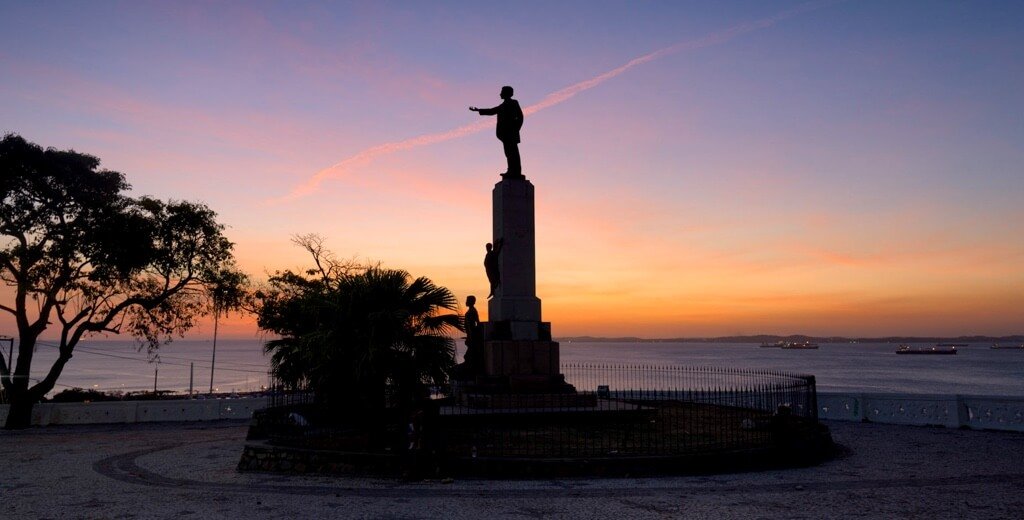 One of the city’s main postcards. It was the first urban elevator in the world. Even nowadays, it works as a public transportation between Cairu Square, in Cidade Baixa, and the Tomé de Souza Square, in Cidade Alta. From the top, you can enjoy the All Saints Bay view, Mercado Modelo and São Marcelo’s Fort. 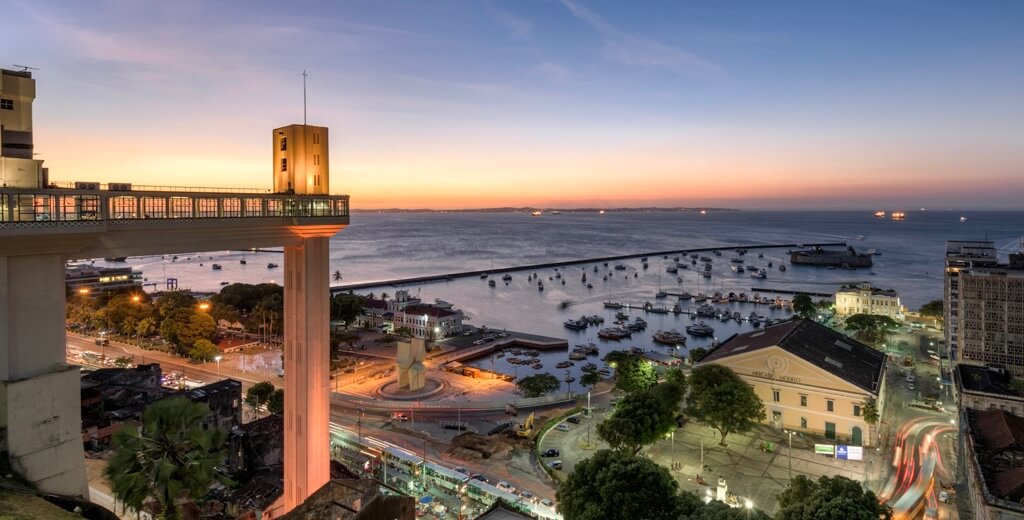 Largo do Pelourinho, or Praça José de Alencar, was the place where the slaves suffered punishments in the time of Colonial Brazil. Today, its countless houses and churches from the 17th, 18th and 19th centuries house museums, cultural centers and restaurants. Popular festivals are celebrated there throughout the year. 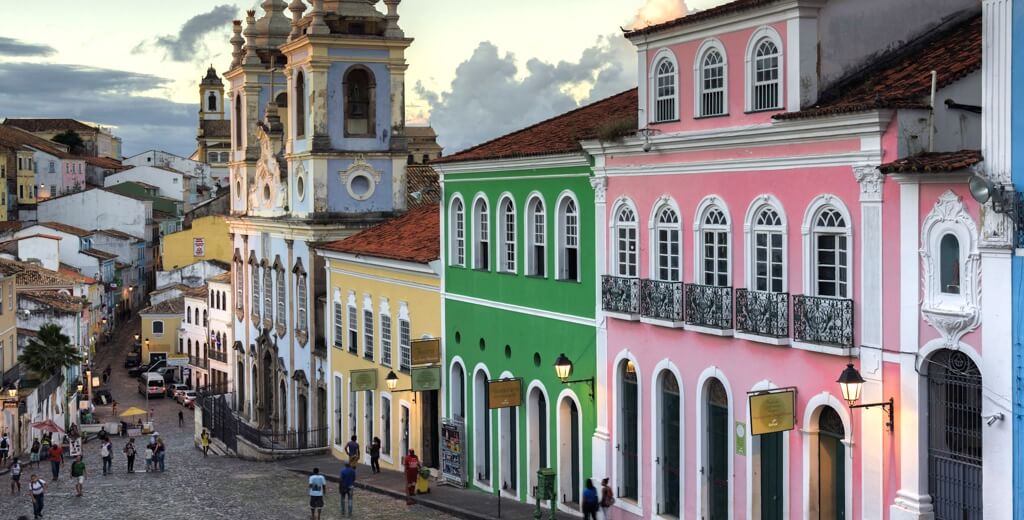 Located in one of Salvador’s oldest and most traditional commercial areas, Mercado Modelo is a major tourist attraction. In front of All Saints Bay, it houses 263 stores that offer the widest variety of crafts, gifts and souvenirs from Bahia, counting on two traditional Bahia culinary restaurants. 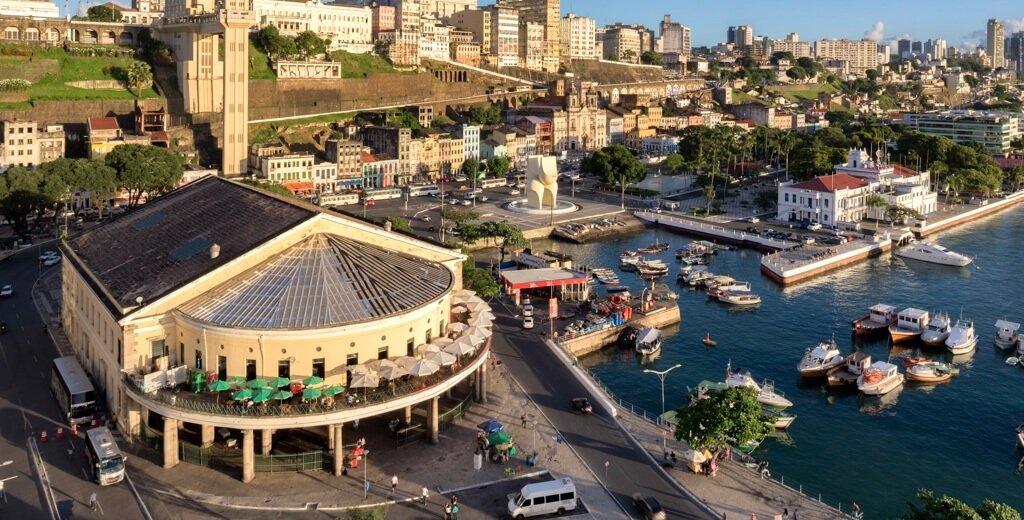 Barra Lighthouse, built inside Santo Antônio da Barra’s Fort, is one of the city’s main postcards and houses the Nautical Museum of Bahia. Open to visitation, the lighthouse looks like a frame for the most beautiful sunset in Salvador. At Carnival, it is the starting point for the trios elétricos that cheer up the crowd. 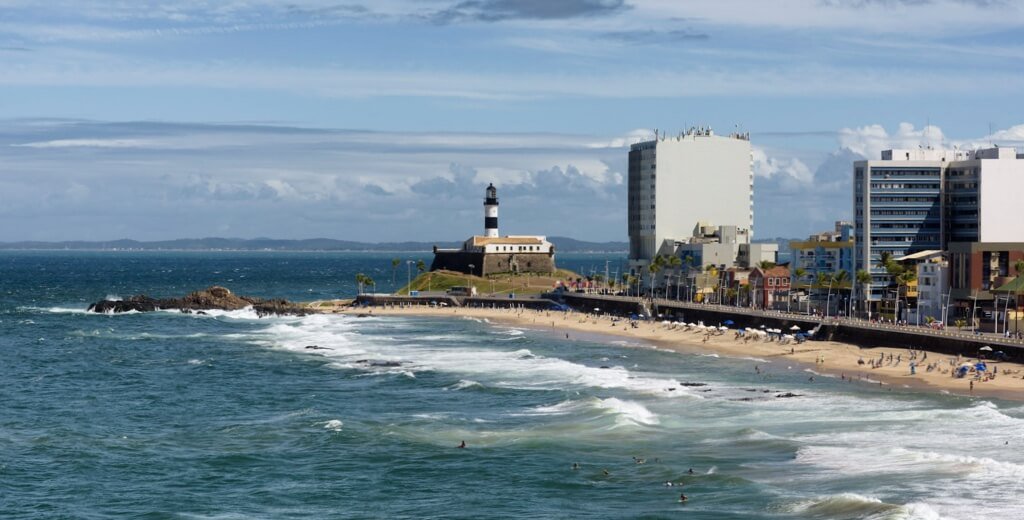