Visit Salvador da Bahia Podcast will rock the summer of 2020

Lots of fun, laughter and content with three women in love with Salvador and full of stories to tell 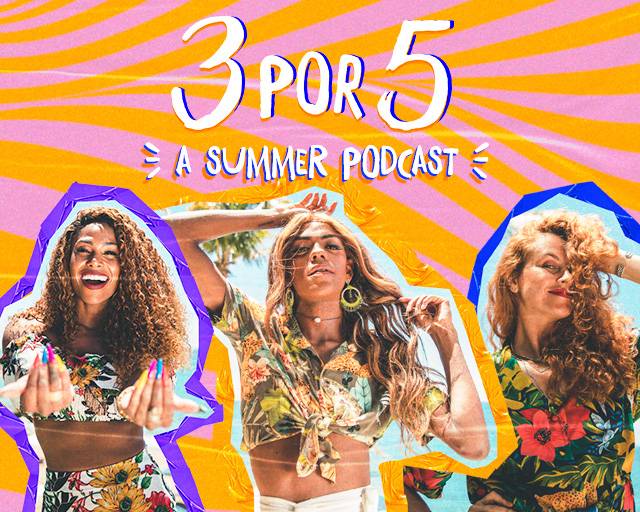 Summer is here and we’ll talk about the best time of the year in a Visit Salvador da Bahia podcast with several episodes. The podcast is like a radio program, however, its main difference and advantage is the content on demand that you can listen to whenever you want. Titled 3 por 5, um podcast de verão, it has the proposal of bringing the best tips about Salvador, stories of past summers, interesting information, besides a lot of humor, everything to make you want to enjoy this hot and busy season with us.

The episodes are led by three people who love Salvador: Lise Oliveira, Fitness lifestyle, journalist and presenter at TV Aratu (SBT Bahia); Fernanda Slama, content coordinator for the Visit Salvador da Bahia portal; and Nininha Problemática, a character created by artist Digo Santos, a black drag queen from the periphery who, since 2017, has occupied several spaces with her humor full of empowerment speeches.

The three of them talk about five subjects per episode, making the funniest review about the best season of the year. The podcast’s name alludes to a classic expression of the Soteropolitan summer, “3 x 5: 3 beers for 5 reais”, which means “an unmissable promotion” itself. And let’s agree that this podcast is more than unmissable! In addition to all the chat between the three, the content producer Nininha Problemática has her own attraction called Momento Piriguete in which, in a fun way, she tells the stories of past summers, bringing curiosities and experiences about the city. The cool thing is that these stories are sent by the Visit Salvador da Bahia followers and interpreted by her.

To listen to the podcast is very easy: just enter Spotify, follow the profile of Visit Salvador da Bahia, open the episode post and click on play. With a total duration of 30 minutes, 3 por 5, um podcast de verão, will also be launched on the channels @visitsalvadordabahia on Instagram, Facebook and YouTube.

To watch and listen to

The first theme is “Summer Project”, where the three will talk about how to enjoy with or without money, songs for the sunny days, summer love and contacts, the best rides and the summer body, a chat about health to deal with this intense summer schedule. The conversation between them is fluid, funny and engaging, each with a different point of view and experience, bringing to the listeners multiple ways of getting to know the city.

In addition to listening through the official Visit Salvador da Bahia channel on Spotify, the conversation between them is filmed, so you can watch the best moments on the project’s channel on Youtube. The recording took place in a wonderful house in Praia do Buracão, in Rio Vermelho, on a classic sunny day of Salvador summer. You guys deserve to see that too!
Learn more about presenters 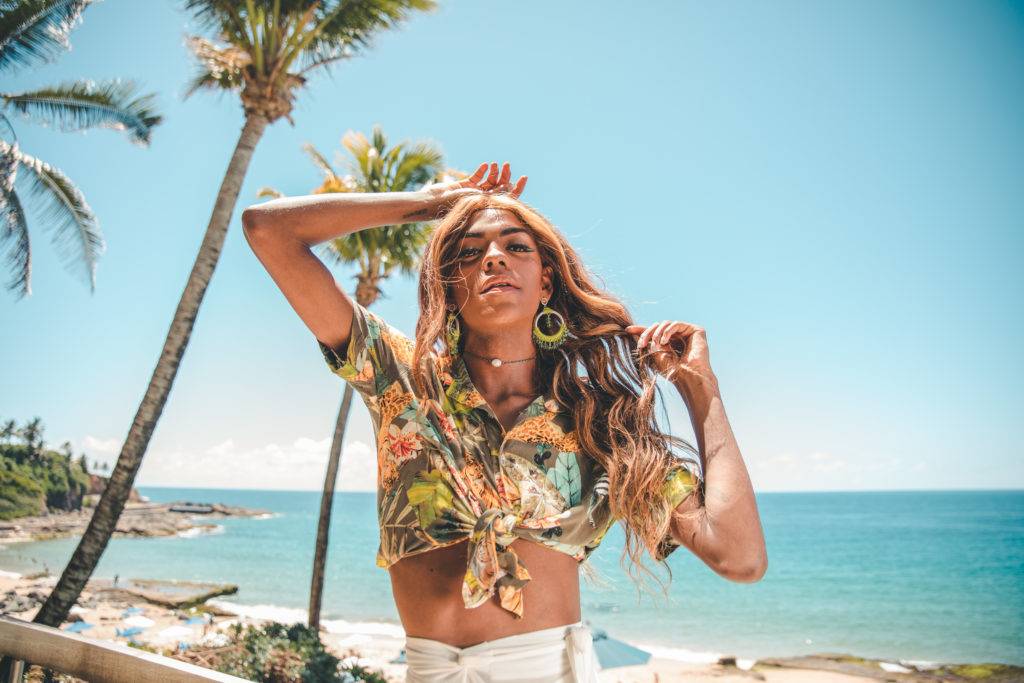 The character Nininha Problemática, by the artist Digo Santos, reflects in her work all her experience in the Bahian ghettos, becoming one of the greatest personalities in the city. Nininha has participated in clips such as: Popa da bunda, Psirico and Attooxxa; Decote, by Preta Gil ft. Pabllo Vittar; Caixa Postal, from Attooxxa; and Teile and Zaga, from La Furia. She has been a reporter and guest on several occasions in the program Universo axé of TV Aratu, affiliated with SBT, and Mosaico Baiano, of Rede Bahia, affiliated with TV Globo. Nininha is the first drag queen to parade at Afro Fashion Day (largest black fashion show in Brazil). 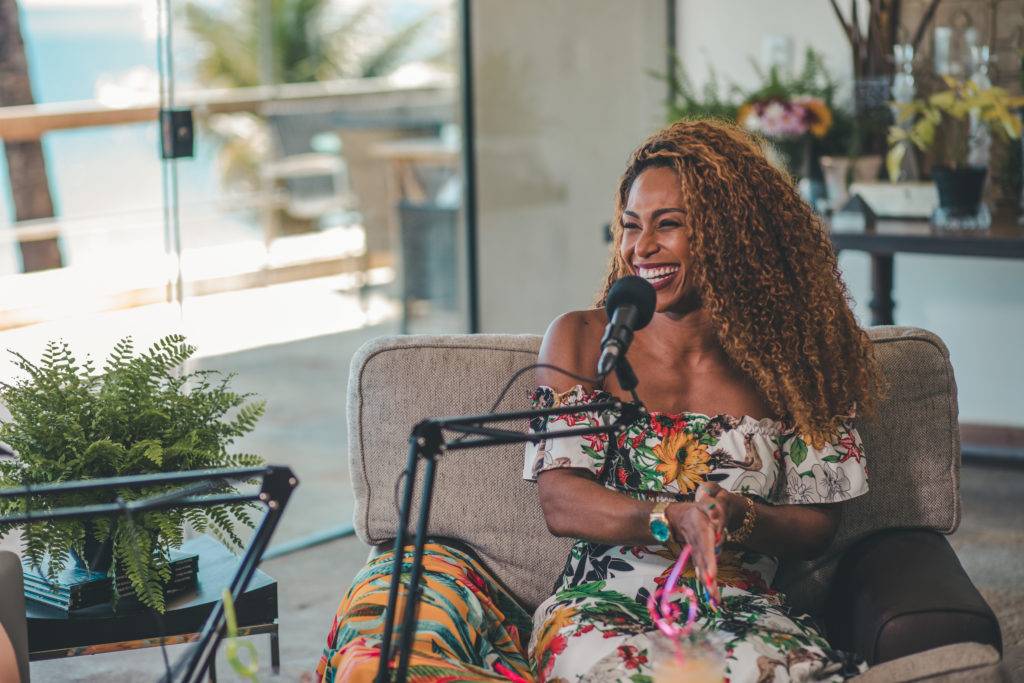 Fitness lifestyle, journalist and presenter of TV Aratu (SBT Bahia), Lise Oliveira has presented the SBT Folia since 2014, when she started broadcasting Salvador’s carnival alongside the team of TV Aratu presenters. The live experience extended to the two main circuits of Salvador Carnival. On TV, she has been a reporter for “Realizando Sonhos”, has presented “Bom dia Cidade”, in Camaçari and stayed for 4 years ahead of the “No Campo do 4” sport program.

Lise is an avid Vitória’s team fan, loves sports and leads life as an athlete. She shows this routine in her networks, which today has more than 180 thousand followers on Instagram. With this vibe of healthy life and smiling face, empowered and always with a transforming look, Lise Oliveira presents the weekly “Chegue Mais”. The female universe is the focus of the program, which airs on TV every Saturday morning.
In addition to being a reporter, Lise Oliveira also hosts the longest running newscast on the TV station. The traditional Aratu Notícias has gained a new appearance since she took over the presentation in 2017. With a more relaxed language, the broadcaster now presents the news with humor and lightness, with the same credibility and seriousness prized by Aratu TV’s journalism. 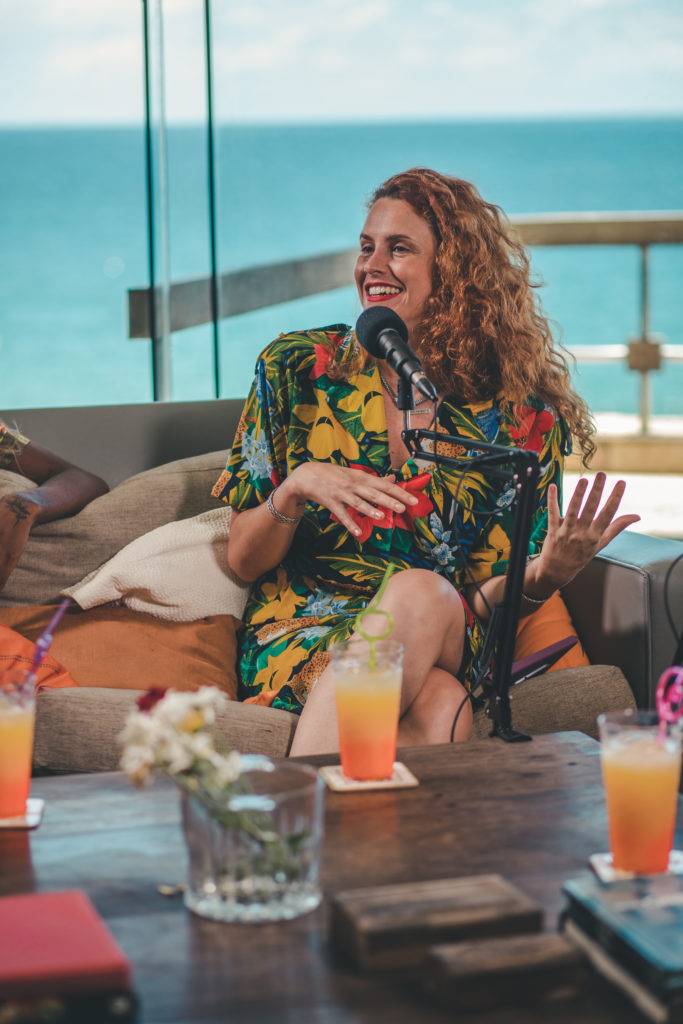 Rio de Janeiro journalist Fernanda Slama has been around the world, but in 2015 she set her roots here, in the palm oil land. A resident of Rio Vermelho, Fernanda came to visit the city for the first time during the carnival, but it was after a party for Iemanjá that she decided to stay.

She, who is precisely the content coordinator of the Visit Salvador da Bahia portal, has been writing about Salvador since 2017, talking about culture, gastronomy, music, beaches, as well as the city’s events agenda. An eternal tourist, as she describes herself. She doesn’t miss any popular party, she is always visiting exhibitions by new and renowned artists, she is a popular figure in summer rehearsals and in carnival blocks and is passionate about Bahian food.