Sailors’ guides and postcards, the lighthouses are beautiful attractions in the city

Lighthouses are the guardians of the Brazilian coast. Always located in strategic places, they signal nearby dangers and help to navigate with caution.

In addition to helping navigators, whether amateurs or professionals, small sailboats or large merchant ships, they are also postcards from Salvador city. One in each point of the city: Humaitá (in the Lower City), Barra and Itapuã, are mandatory stops for visitors looking for beautiful scenery and full of history at the same time. Discover the 3 lighthouses of Salvador here. 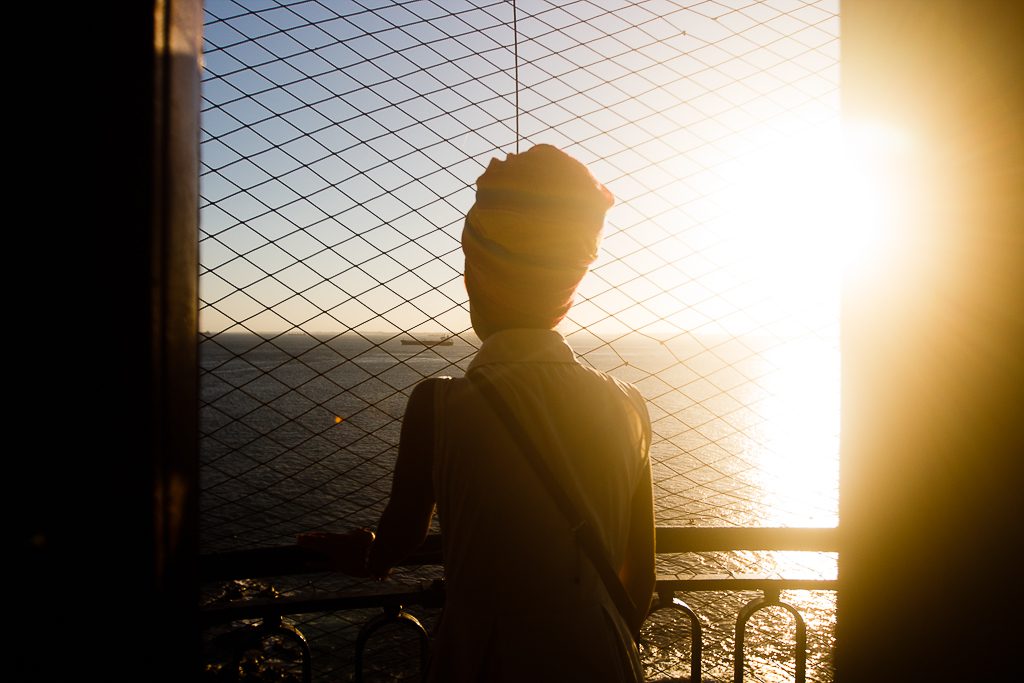 Barra Lighthouse (Farol da Barra) is part of Santo Antônio da Barra Fort. This place marks the entrance to the All Saints Bay. It became known as “Ponta do Padrão” and, later, “Ponta de Santo Antônio”.
It was built even before the city of Salvador itself was founded. It’s a lot of history! According to the Brazilian Navy portal, it was erected in 1536, being the first fortification in the country, and is one of the main tourist attractions in Salvador.

The current tower, 22 meters high, was installed on December 2, 1839, in honor of D. Pedro II birth. This important aid to navigation emits white and red light beams, which can be seen from 70.3 kilometers (38 nautical miles) away.

The fortification houses the Bahia Nautical Museum, which has a historical collection made up of objects from different eras, some of them submerged for up to 300 years, and which help to understand the relationship of man with the sea and Bahia with the Lighthouse.

The visit to the top of the lighthouse is allowed. From there, you have a 360° view, with wide views of the All Saints Bay on one side and, on the other, Barra neighborhood. A good suggestion is to arrive at sunset.

In 1823, the Itapuã Lighthouse (Farol de Itapuã) was inaugurated. Installed at Pedra Piraboca, the lighthouse is 21 meters high, shaped like a tower, all in cast iron, to guide navigators in the region of calm sea, but full of rocks. Along with the sand banks of this region, these rocks caused several shipwrecks until the lighthouse was raised to warn of the dangers.

Since 1950, it has had the current color: white and red. In addition to being useful for navigation, it also became a scenery, a postcard of Salvador.

Our suggestion to enjoy the neighborhood of Itapuã is to wake up early to see the fishermen pulling the fishing net, check the tide table to enjoy the natural pools that are formed in low tide and practice SUP or Windsurf. On the tour, you will see the Itapuã Lighthouse from various angles. Your photos will look beautiful! 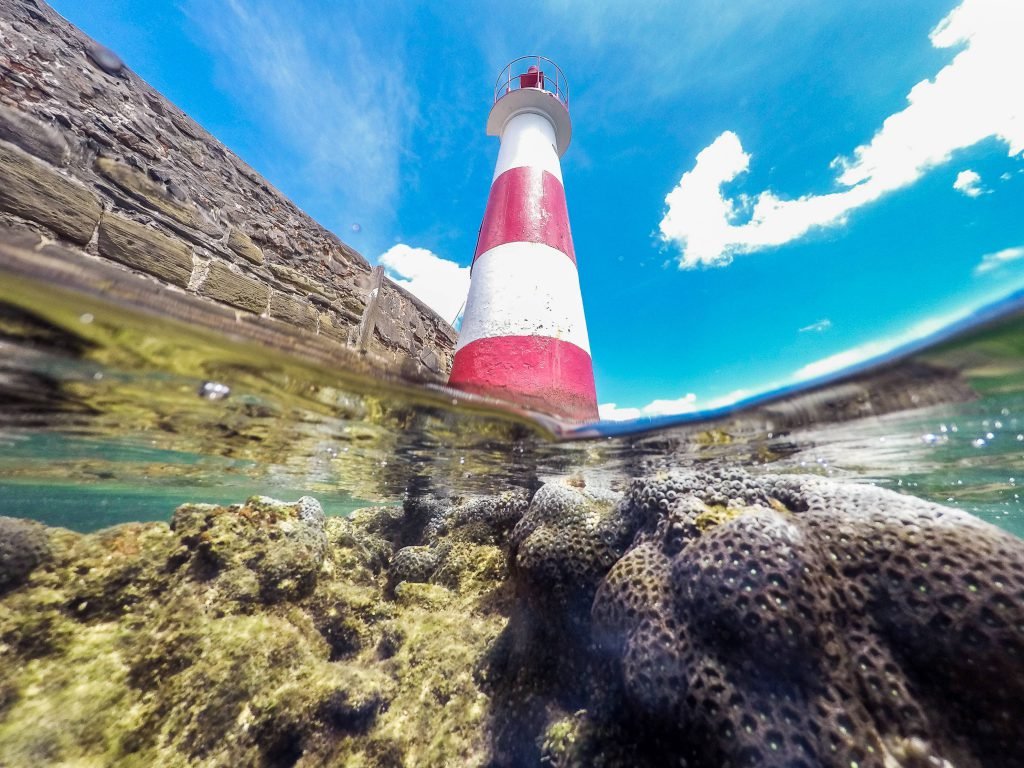 The Ponta de Humaitá Lighthouse (Farol de Humaitá) is the only one of the 3 lighthouses in the city located inside the sea water, on the shore of Mont Serrat beach. When the tide rises, part of the lighthouse’s structure is submerged and the scenery becomes even more fascinating. Currently, the lighthouse is under the guard of the Regional Army Maintenance Park and is part of the architectural complex of Ponta de Humaitá, at the end of the Itapagipe Peninsula.

Despite serving for nautical guidance and signaling the dangers, Humaitá Lighthouse is better known as “Farol dos Namorados”. Bahia things! The sunset seen from there is one of the most beautiful in the city, attracting couples in love because of the excellent view. The balustrade also provides good chats. It protects the sea and also serves as a bench for those who want to sit, the only one of its kind in the city.

With the covid-19 pandemic, the capital of Bahia has been adapting to this new normal. Tourists and residents must be aware of the use of the mask, 70º alcohol and the safe distance from other people.

It is necessary to call Santo Antônio da Barra Fort in advance if you want to visit it. Because of the pandemic, opening hours may have changed.

This is the Activities Resumption Plan. Understand all the operating protocols in this link. 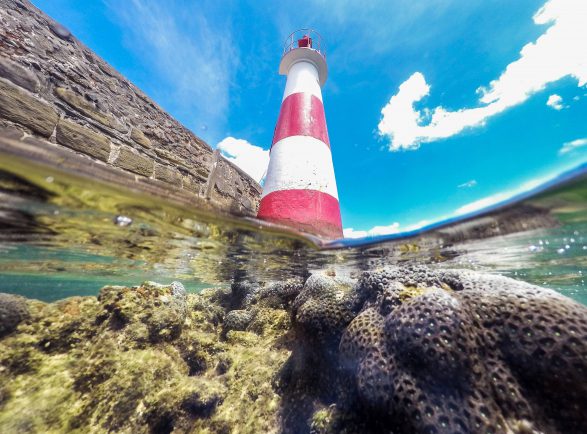 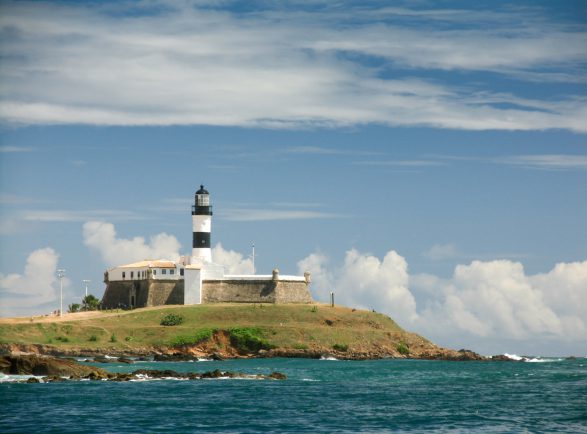 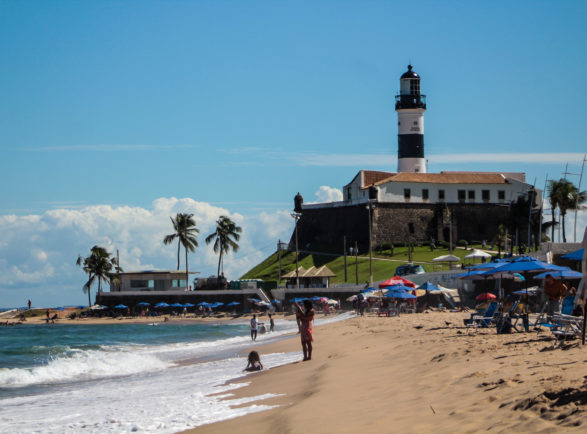 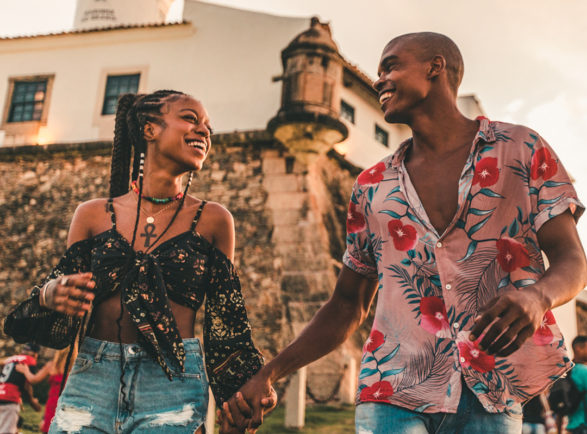 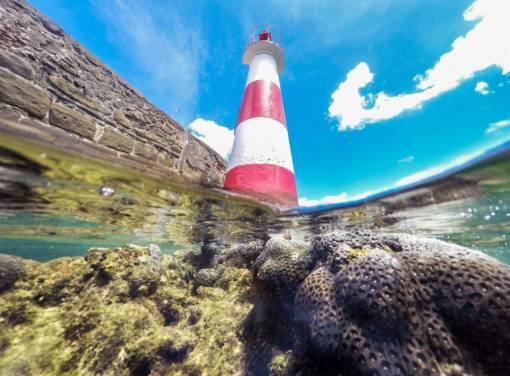 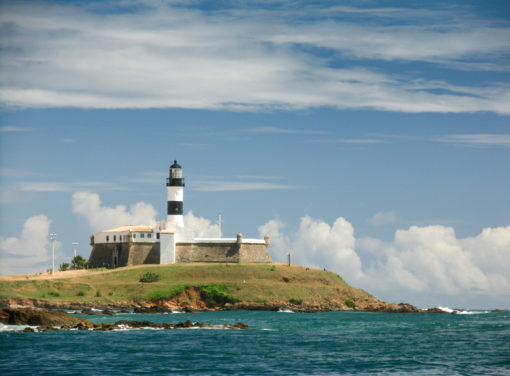 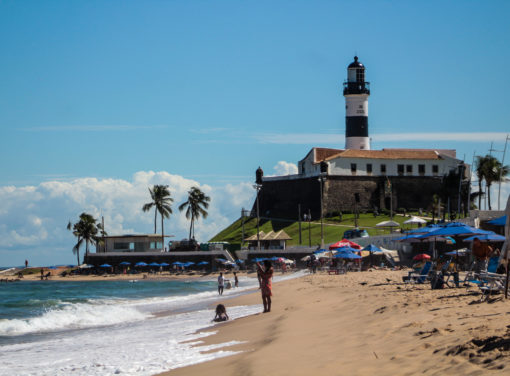 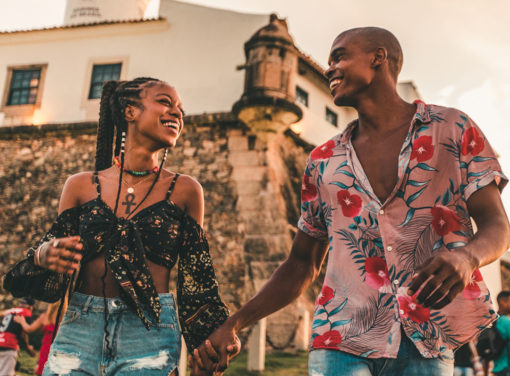 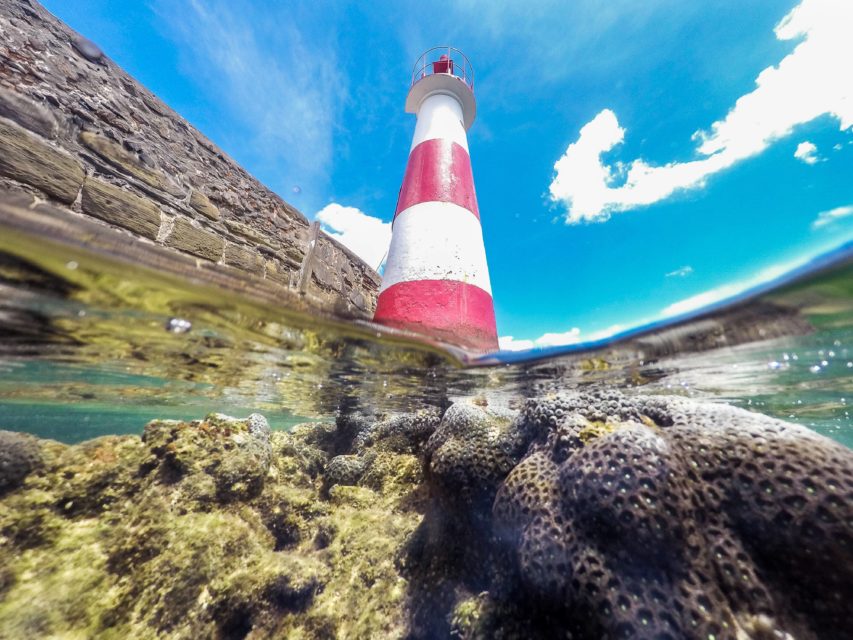 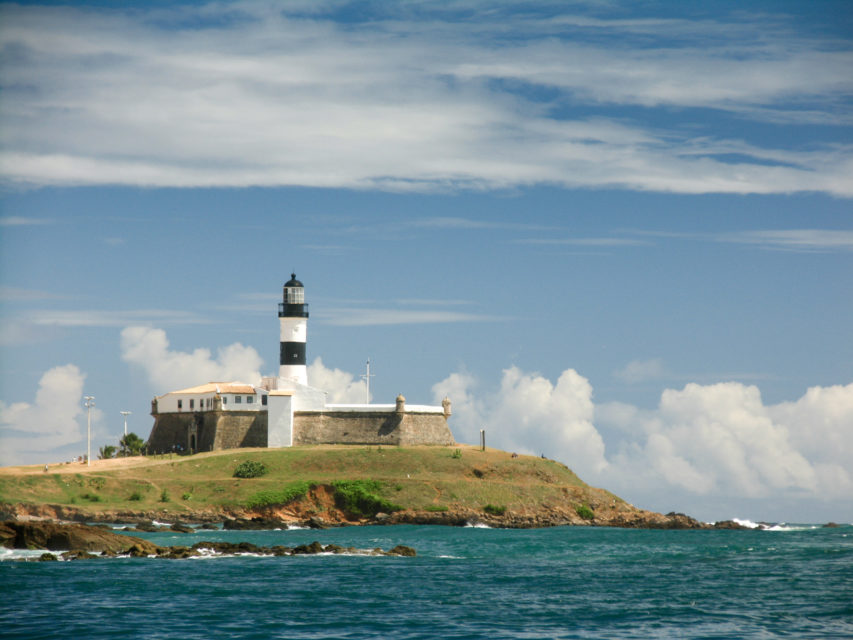 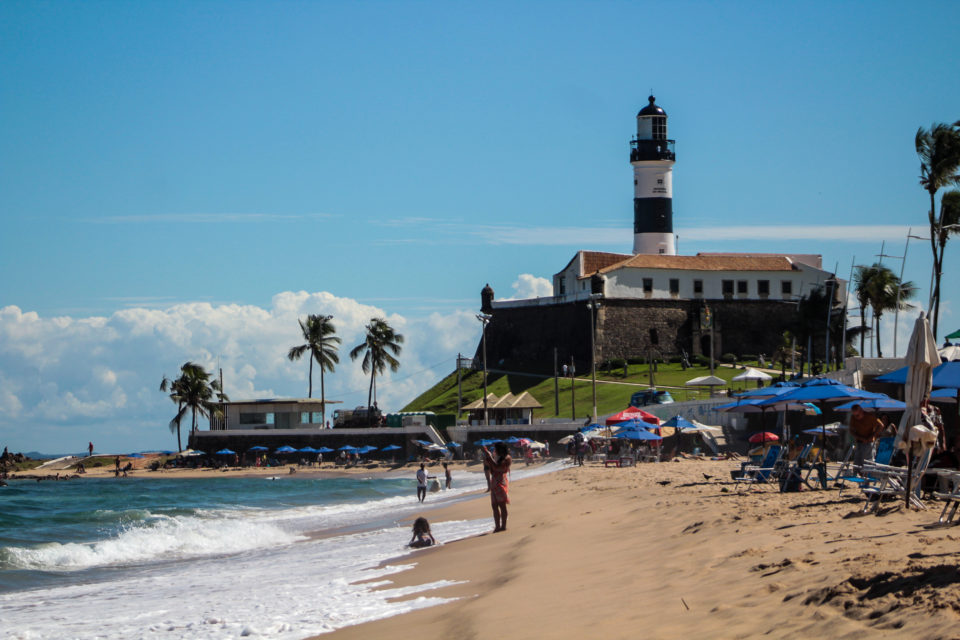 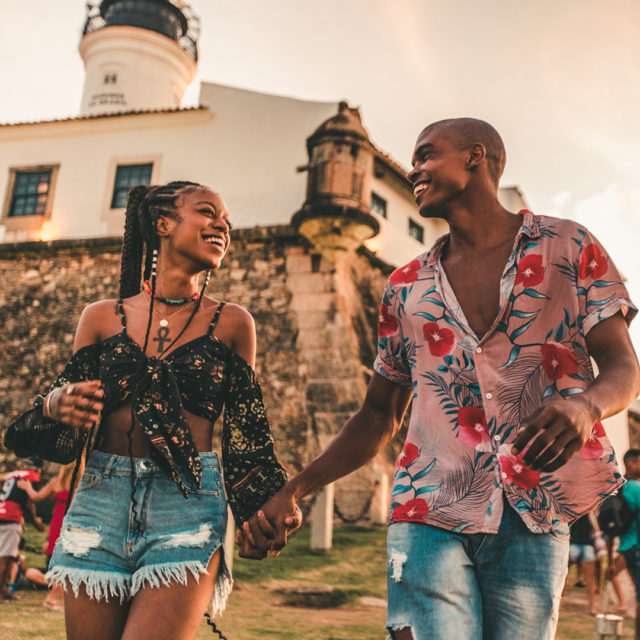