A prehistoric climate for Salvador

The New space has public squares with playgrounds for children 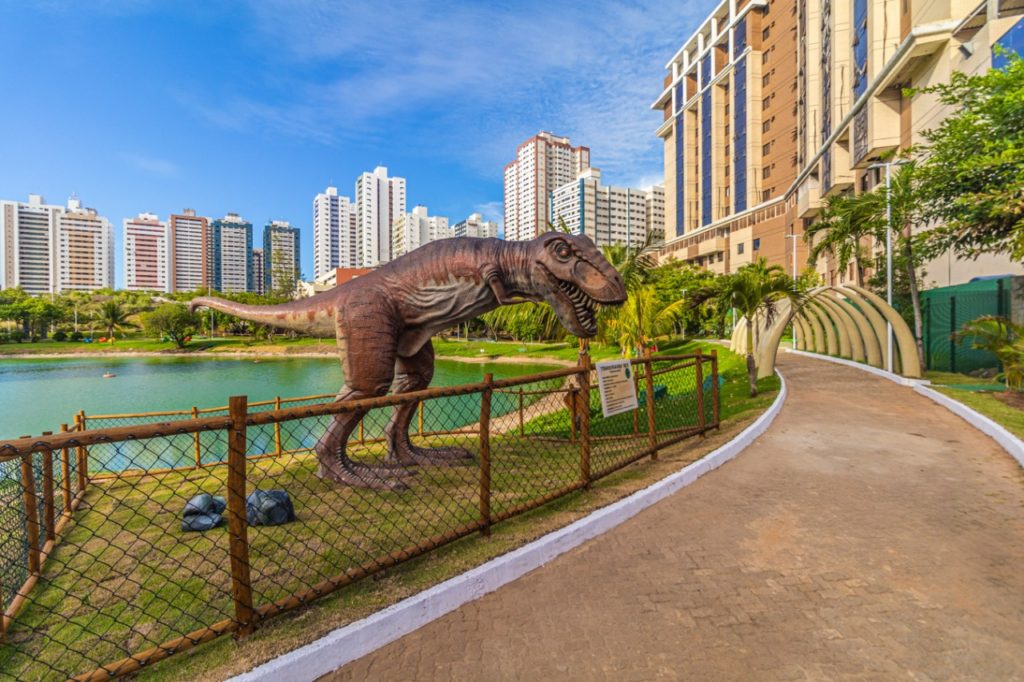 Organize your schedule to visit the Dinosaur Lagoon, where the whole family will have fun seeing replicas of Velociraptor, Dilophosaurus, Brachiosaurus and more. The new interaction, research and leisure space with a prehistoric atmosphere is located in Lagoa dos Frades, in the neighborhood of Stiep, close to the old Convention Center. The area has been requalified, making the place an attractive difference from everything that exists in the city.

With a prehistoric climate, the visitors have fun letting their imagination soar, while having the feeling of travelling back in time, standing before the sculptures in real life size. Two of them are Tyrannosaurus Rex, approximately five meters high and nine meters long each. The rest are distributed in six replicas of Velociraptor, two of Dilophosaurus, one of Diloposaurus Sinensis, one of Brachiosaurus, one of Pteranodon and one Ankylosaurus. The replicas emit sound as people approache, through a presence sensor within the use of an application. It is estimated that the lagoon will gain even more sculptures.

The place is located in a green area, with native vegetation of the Atlantic Forest in the middle of the city. The lagoon has 16,470 m² and the surroundings have a living space, toilets, new furniture with benches and table games, toilets for the disabled, a pergola, an amphitheater, accessibility and kiosks.

Learn more about the sculptures, fishing and the community’s engagement

The process of building the pieces involved a study of what the anatomy of the dinosaurs looked like. After studying and searching for images, the municipality’s employees designed the images in 3D and portrayed them in metallic structures. The next step was to cover these structures, sculpting cell by cell with clay. After the pieces were completely covered and fibered, they were cut out, giving rise to the fiberglass that is used as the final shape.

The lagoon has also undergone an aeration process, which improves water conditions. Five thousand fry of different species, donated by Bahia Pesca, will be released in the water, to increase the number of fish. For 30 days, fishing will be prohibited so that this population can multiply.

In the interaction and leisure space are also found species such as chameleons, tamarins and even john clay birds. The project has the intense participation of the community, who even helped in the purchase of products to improve the water and in the donation of the ducks that will beautify the place.

Number of visitors and health protocols

The number of people present simultaneously inside the Dinosaur lagoon park, at Stiep, will be 200. Employees count the visitors, who enter and leave the space, at the two access gates, performing flow control, as a system scheduling is under study.

It is worth remembering that the health and safety measures provided in the general specific protocols must be followed, such as the mandatory use of a face mask. Thus, activities that may generate crowding, such as picnics, events, concerts, collective sports practices, school or religious groups and the like, will also not be allowed.

The Dinosaur Lagoon
Lagoa dos Frades – Stiep, Salvador – BA
Opening hours follows the municipal decree to confront covid-19, from Monday to Saturday, from 6 am to 5 pm.
Number of visitors: 200
Important: use a face mask and take 70 ° alcohol gel. 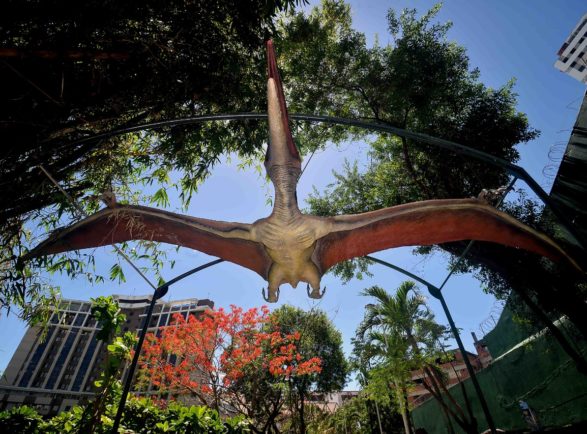 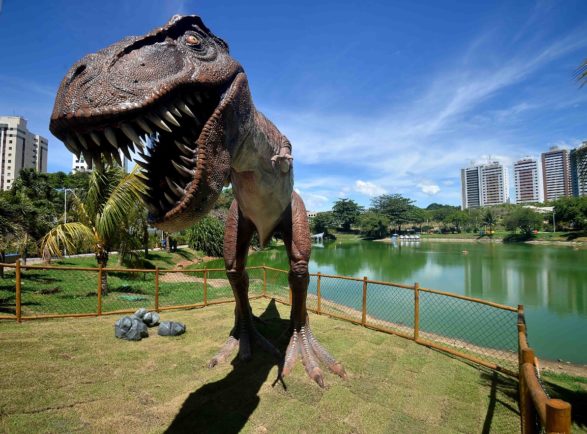 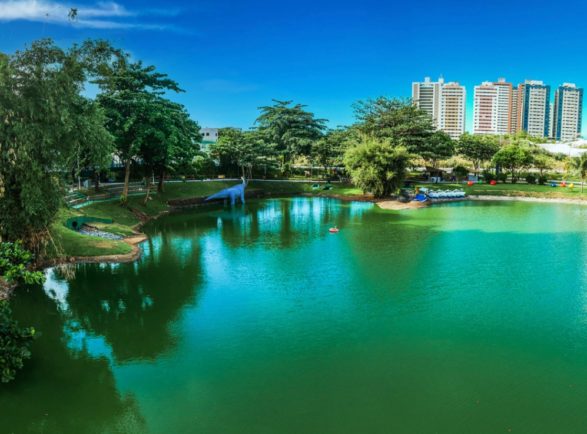 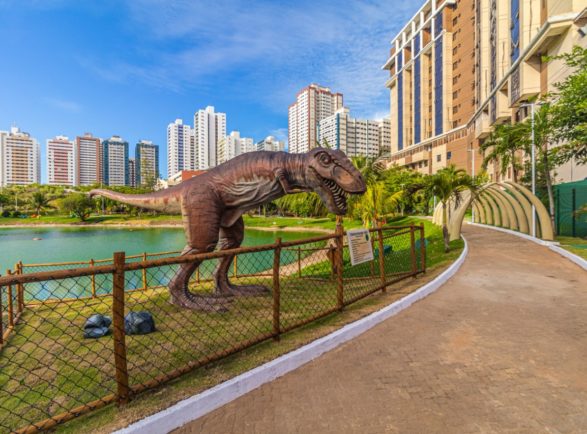 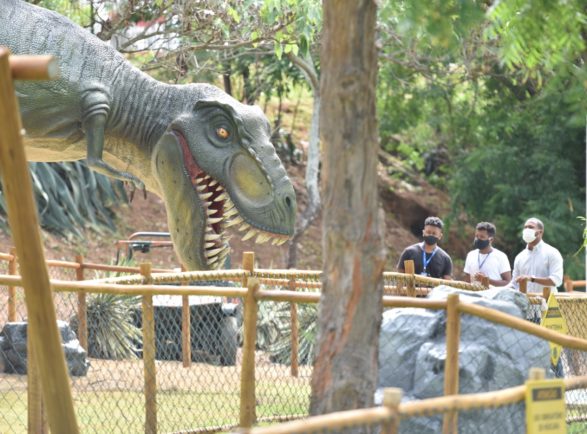 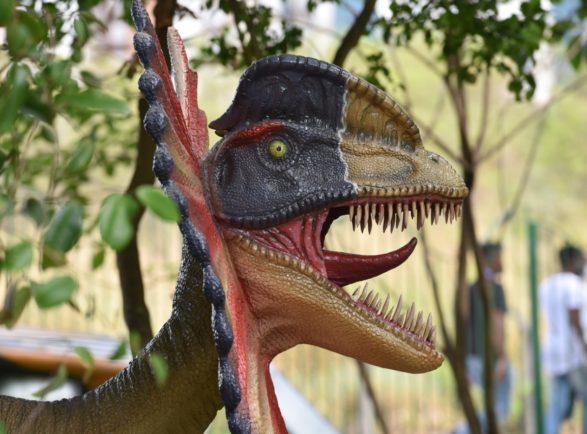 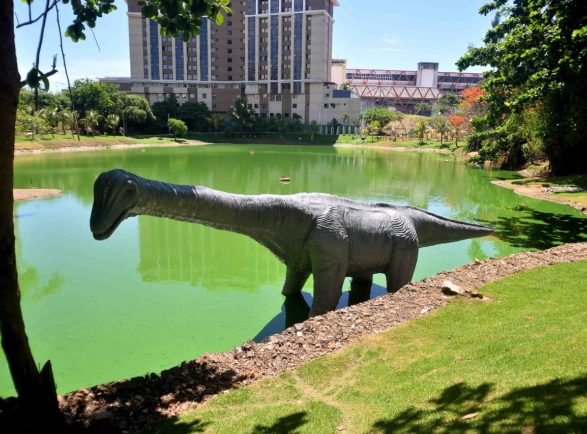 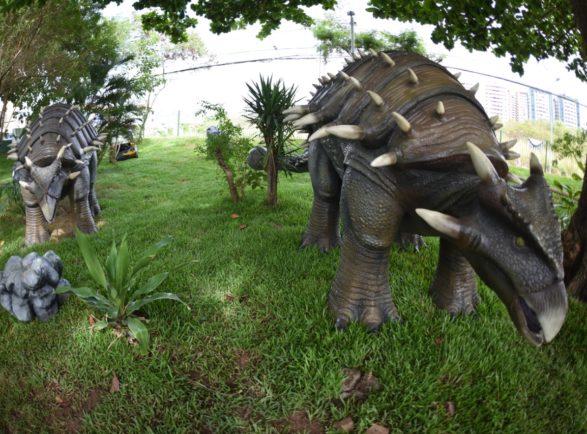 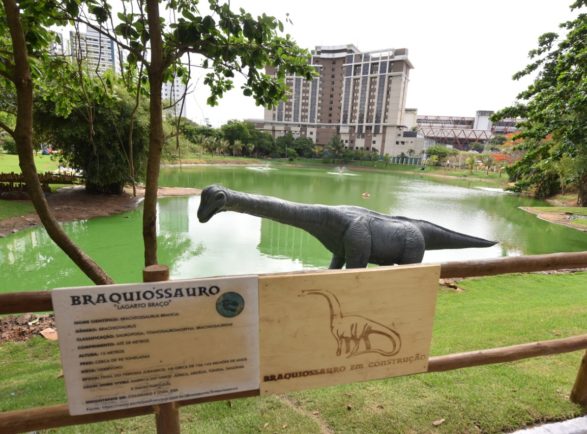 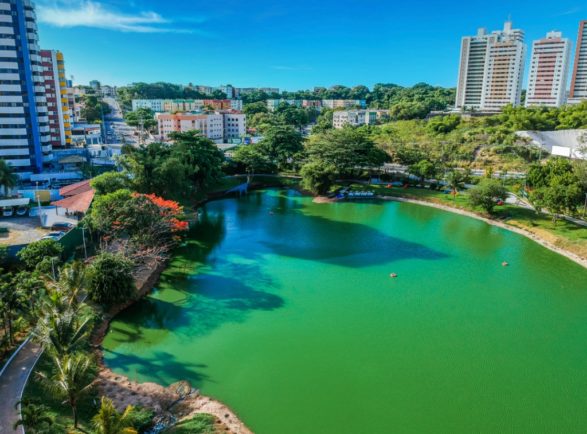 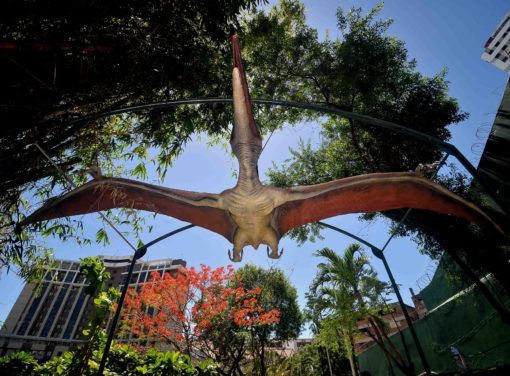 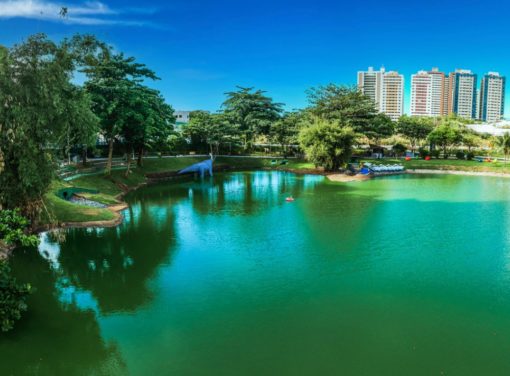 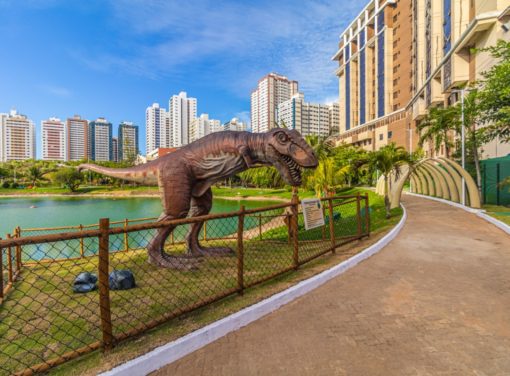 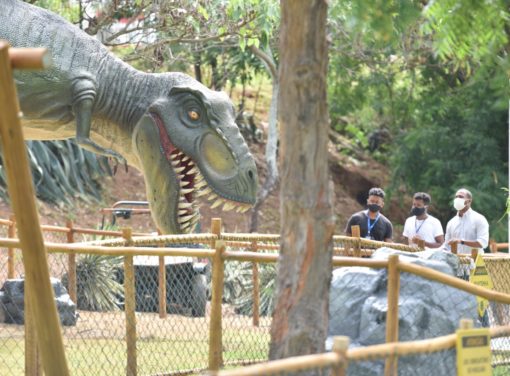 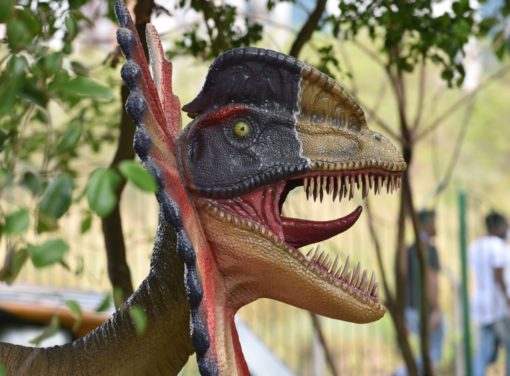 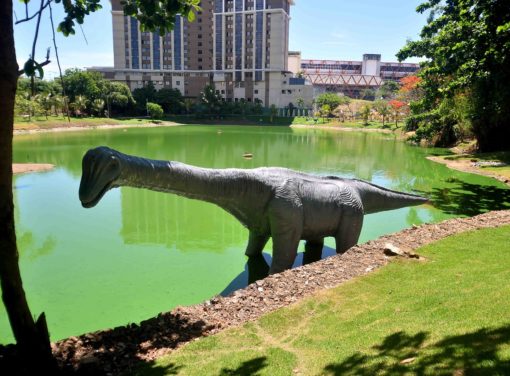 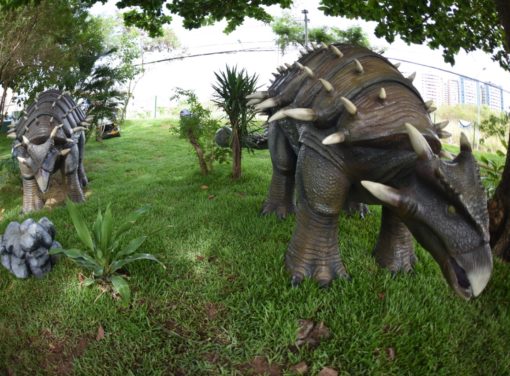 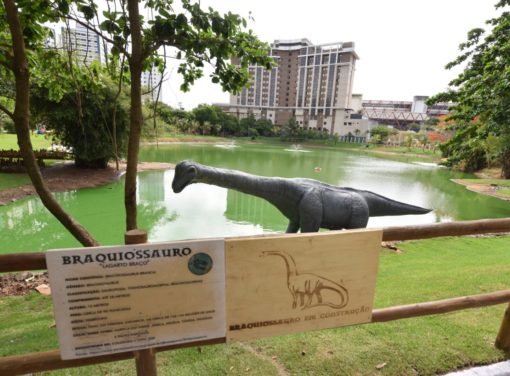 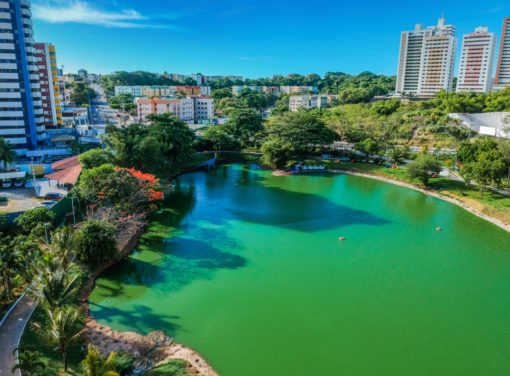 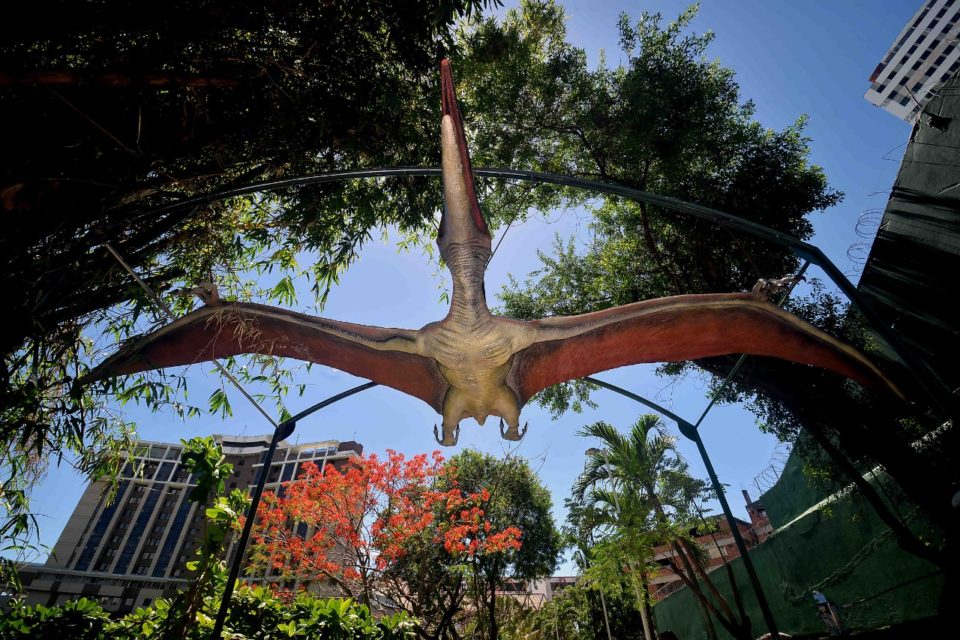 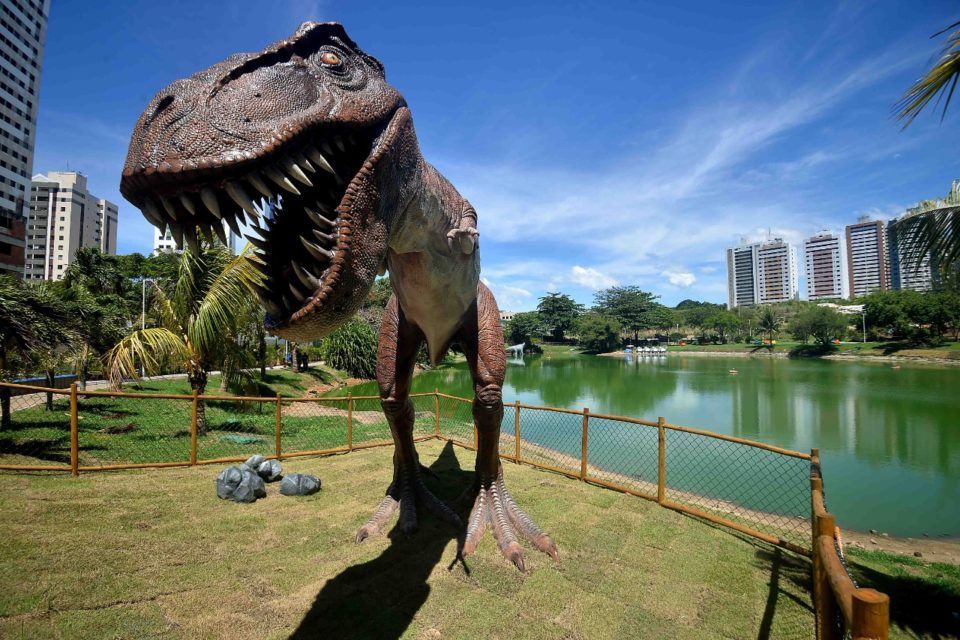 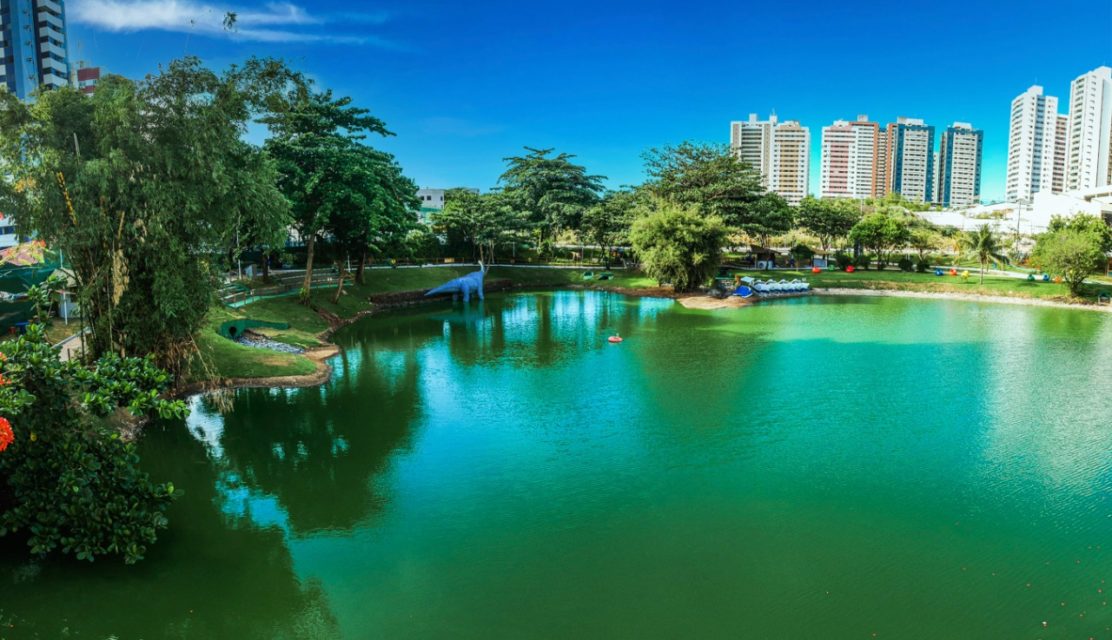 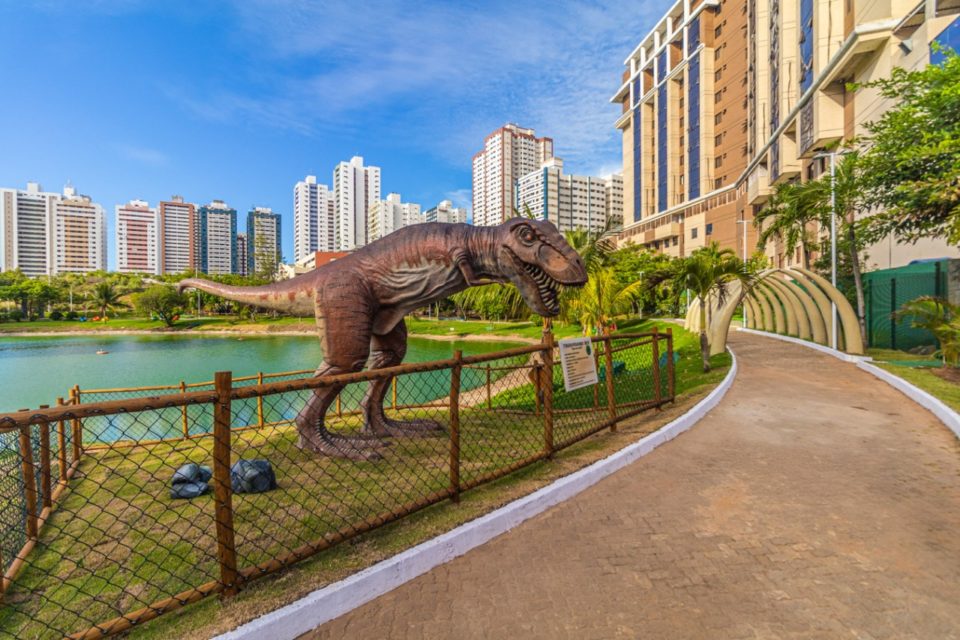 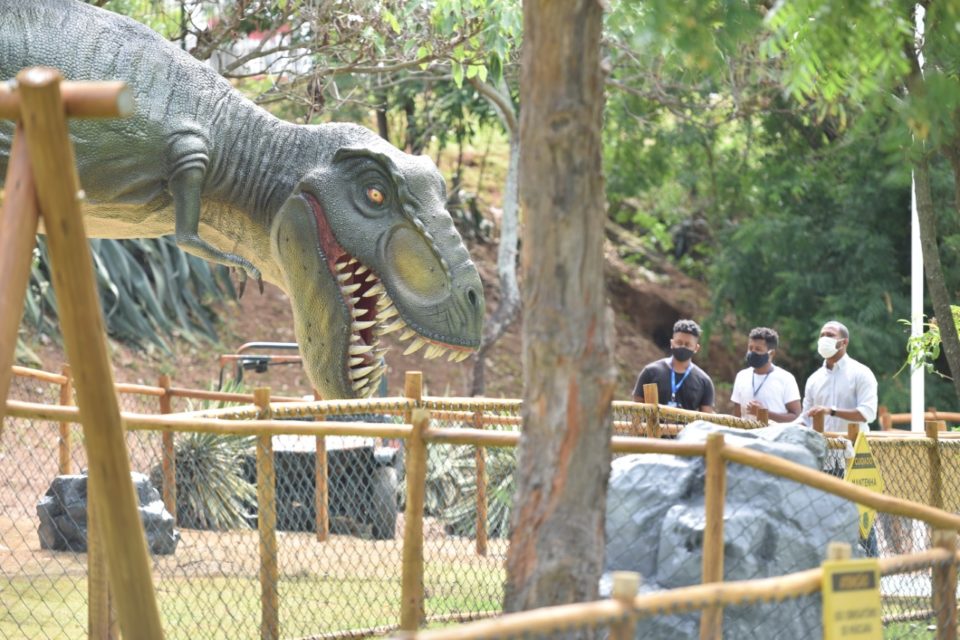 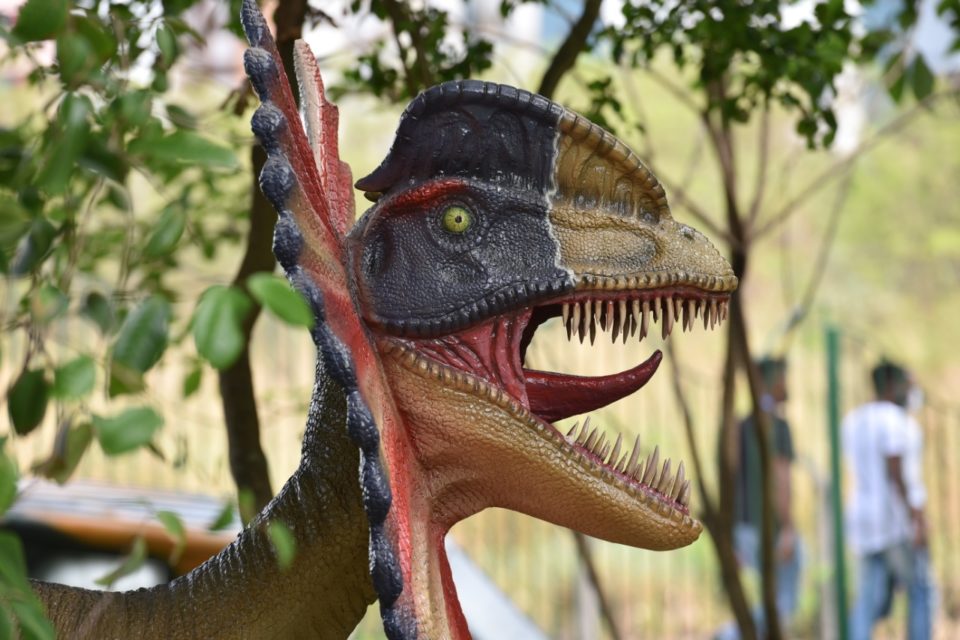 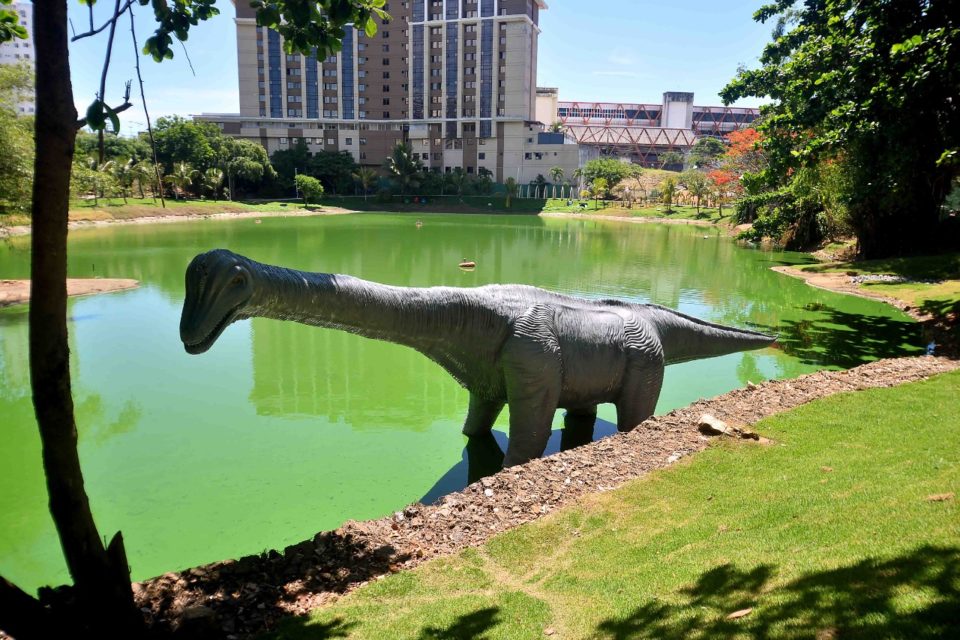 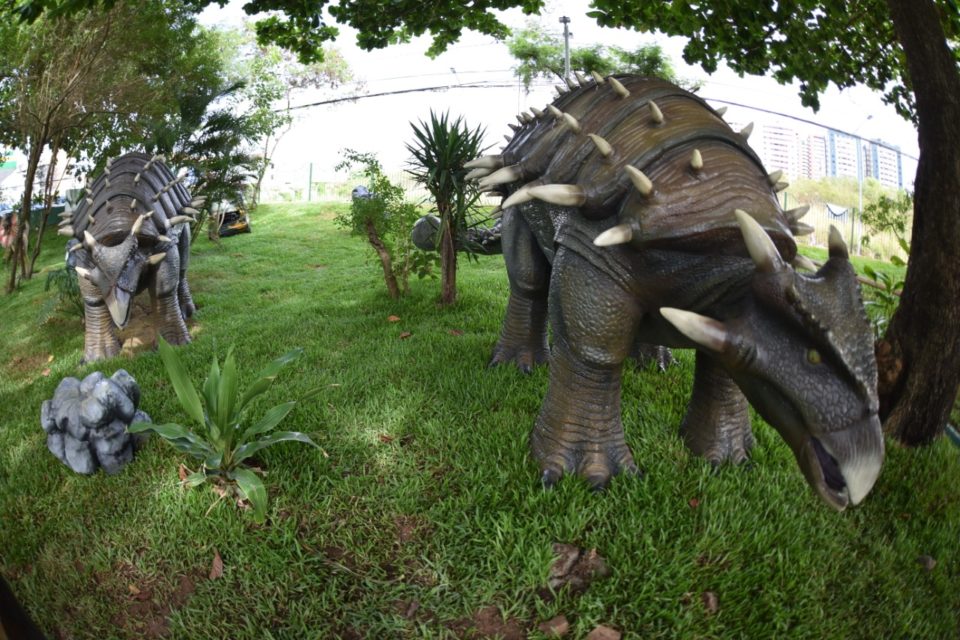 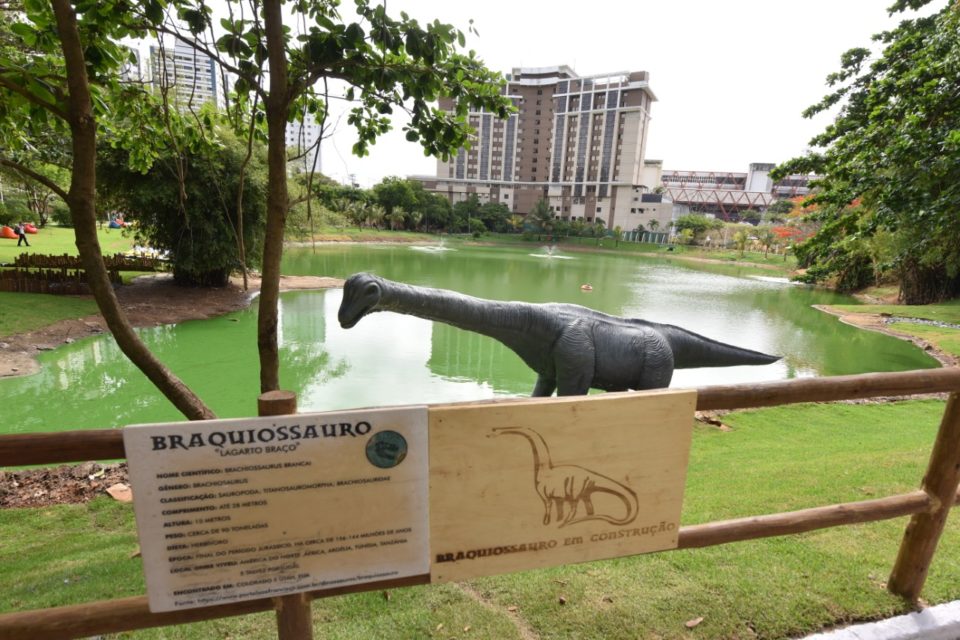 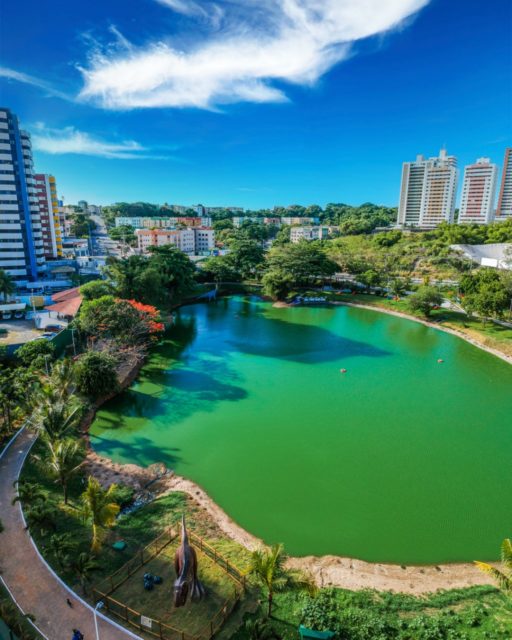