An example of synergy and social empowerment 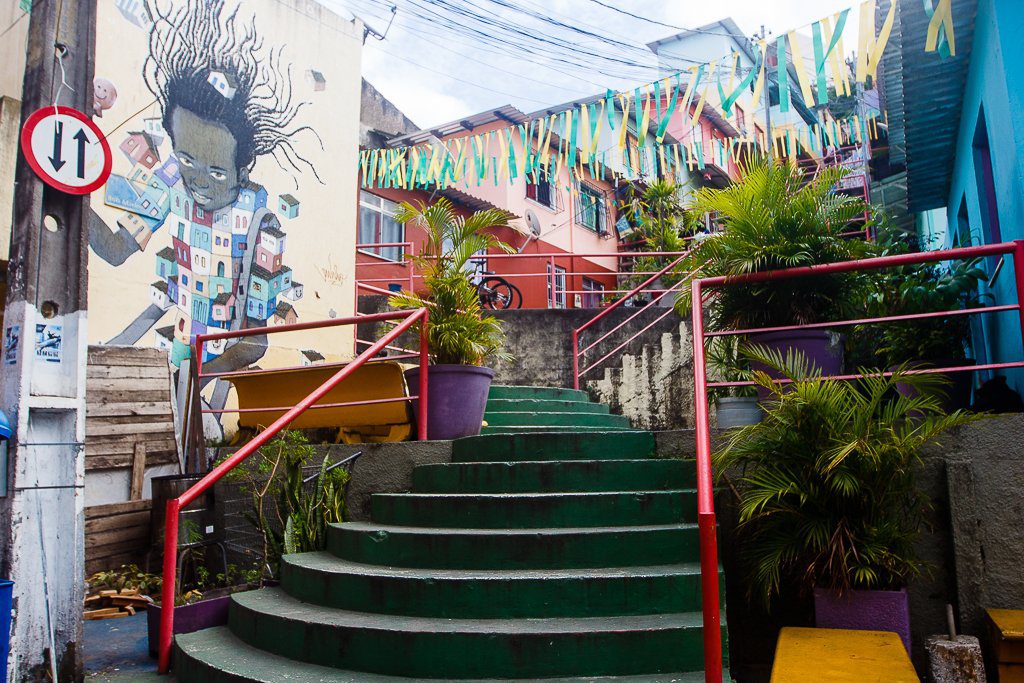 A matriarchal community, with a strong African heritage, created from the union of Manuel Mendes and Josefa de Santana, a black woman freed from Côte d’Ivoire, who arrived in Brazil in 1769. She arrived here looking for her relatives who came enslaved. The story goes that the family bought “Roça Candeal Pequeno”, a place that later became an “urban quilombo”, where Dona Josefa bought and released black people and welcomed the fugitives.

Candeal is one of the oldest communities in Salvador, Bahia. Its name comes from the existence of the candeia plant, which at the beginning of the formation of the neighborhood, around the 18th century, was abundant in the region. Forming itself as a community of quilombola characteristics, Candeal has never lost its close relationship with African influences and culture, as well as keeping the resistance and solidarity inherited from its founders as a mark of its history.

The streets are narrow and winding, with many colorful houses and tradition perpetuated through music, culture, gastronomy and religion. 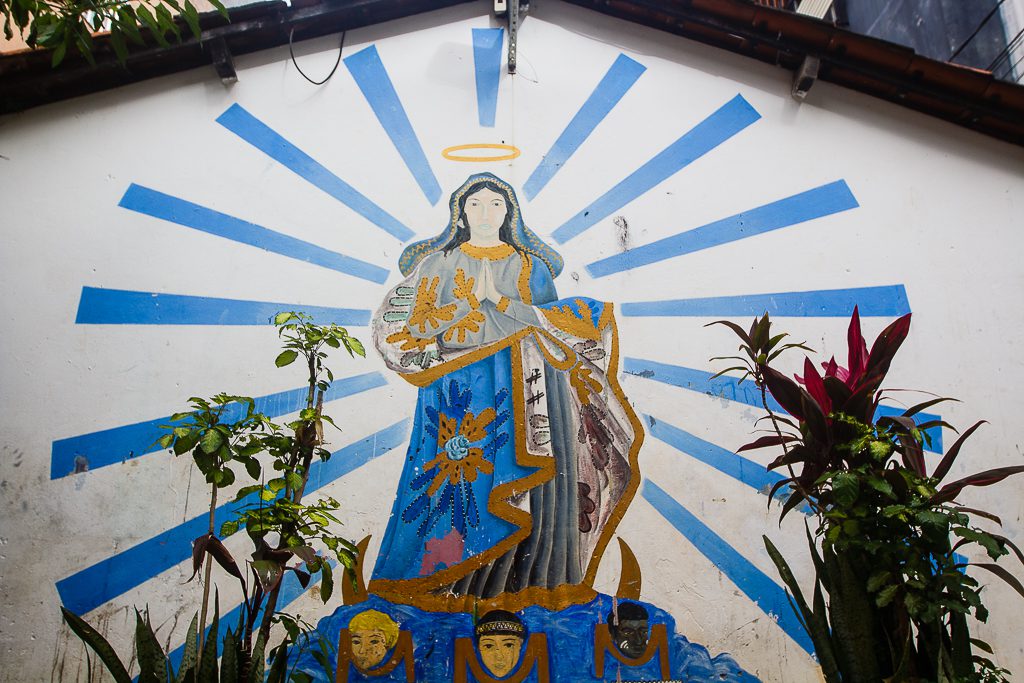 At Candeal, the visitors go on an “experience tourism”: they enter the community and make a cultural immersion, they have lunch at a local restaurant (Dona Madalena, Carlinhos Brown’s mother, serves a super famous moqueca there), buy products made there, with the local essence, besides being able to go during the international music festivals promoted by Pracatum.

Carlinhos Brown was born in Candeal. It was in this neighborhood that he and percussionists from many places came together to create new rhythms, which today are references for all of Brazil and several countries in the world. Carlinhos planted seeds, and the neighborhood germinated hope. There, Candyall Guetho Square emerged, a multicultural space that hosts and promotes shows and cultural events and that has made and makes history in Salvador. When it was launched, it surprised the whole city! “Lets go around the ghetto?” (Vamos dar a volta no guetho?) Yes, that’s where it all comes from! 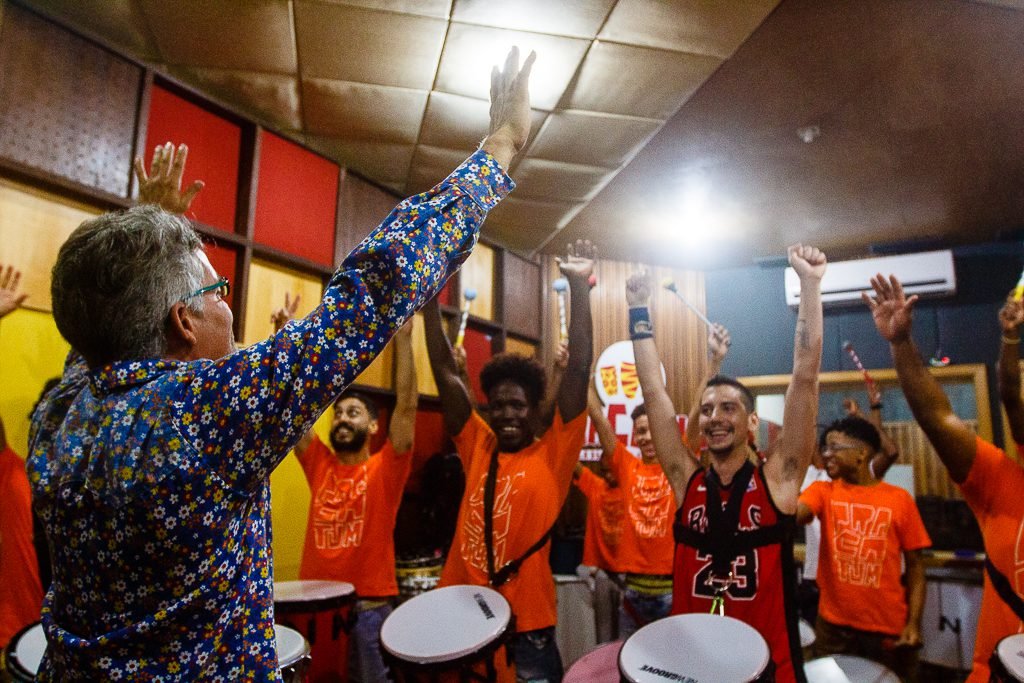 It was through percussion that Carlinhos Brown won Brazil and the world. Identifying Candeal’s creative potential and the place’s and its residents’ dynamism, Brown began his educational work through the foundation of the Pracatum Association. Since 1994 until today, by teaching how to play the drums, Pracatum has contributed to making Candeal a place of quality lives where their knowledge and demands are honored.

Carlinhos Brown’s work enabled the emergence of several musical groups such as Timbalada, one of the most important names in Afro-Bahian culture, proudly from Candeal Pequeno de Brotas to the world! Pracatum School of Music and Technology has already trained more than 2 thousand musicians, including members of the Timbalada band.

Today, the institution develops its actions based on the pillars of Education, Culture and Community Development, through the projects “School of Music and Technologies”, “Tá Rebocado”, “Pracatum Inglês”, for children and adolescents, among many other engagement projects not only from the residents, but from young people from all over the city. In addition, it offers vocational courses for young people and adults.

Where all sounds lead to Candeal Pequeno de Brotas

“Candyall e Tal” is an event known in the city for bringing excellent cultural programming to Candeal. There, there have already been shows by BaianaSystem, Carlinhos Brown with the participation of Saulo, Bnegão Trio, Ministereo Público, Patubatê, among many others.

The event is an urban art festival, usually with three days of intense movement on the streets of the neighborhood. Music, gastronomy and crafts dialogue.

The idea of ​​the festival is to enhance the musical atmosphere of the neighborhood and invite the city to meet it. Celebrating Candeal’s artistic pulse, “Candyall e Tal” proposes the fusion of rhythms created in the neighborhood.

The program is diverse and open to the public, moving the streets of Candeal, including the Arts and Gastronomy Fair and musical performances in spaces that are local symbols, such as “Escadaria do Zé Botinha”, “Bica” and “Praça das Artes”.

When you go strolling around there

The music Dandalunda, composed by Carlinhos Brown, performed by Margareth Menezes, tells a lot about the neighborhood history. How about putting it on your playlist during the tour?

“Bica do Candeal”, which is practically a postcard or reception of the Candeal Community, underwent a general renovation. The space serves as a leisure area for the entire community, in addition to receiving cultural programming during local festivals. Two other stops that can’t be missed are the “Escadaria do Zé Botinha” and the amphitheater in “Praça das Artes”. Just walk around the neighborhood and you’ll find everything.

Service
Location
The neighborhood of Candeal is divided into two parts: Alto Candeal, with middle-class buildings, and Candeal Pequeno, about which we tell the story here. It is neighboring the Itaigara, Brotas, Pituba, Santa Cruz and Rio Vermelho districts. 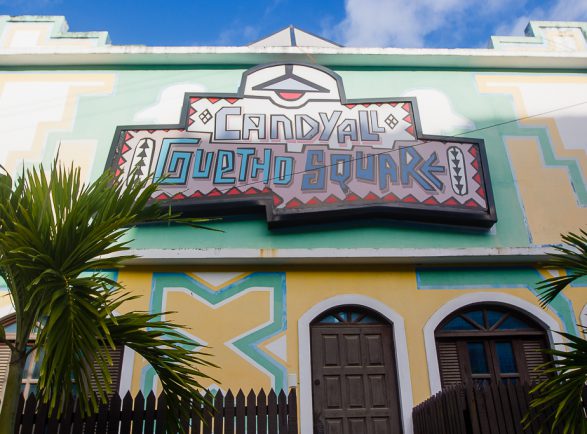 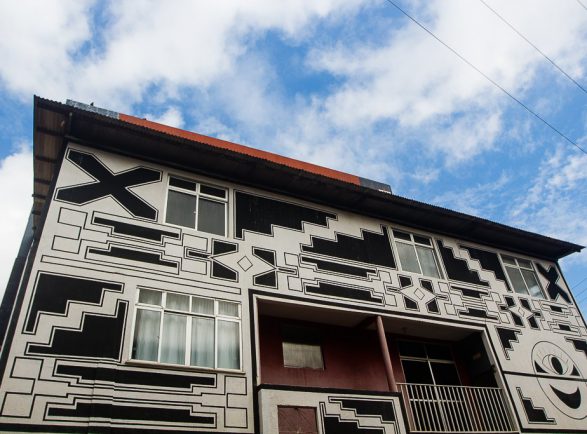 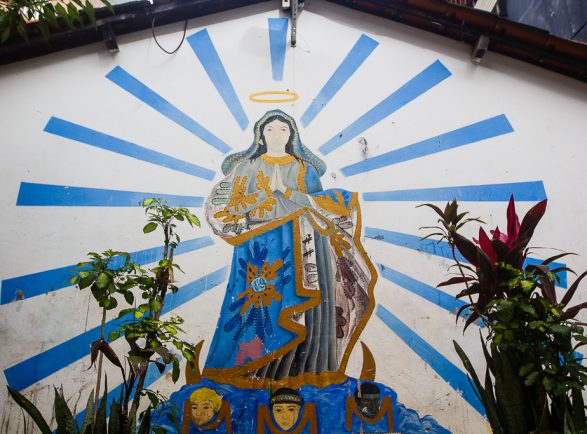 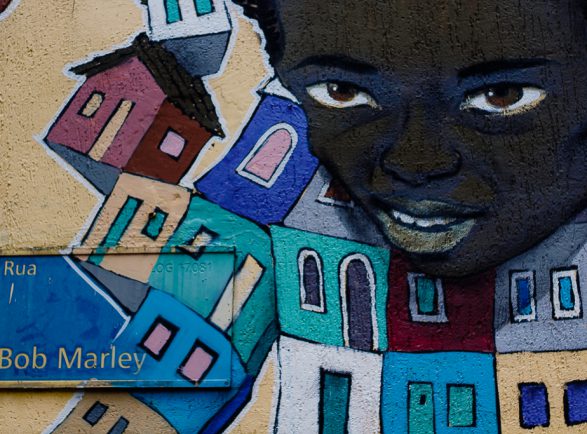 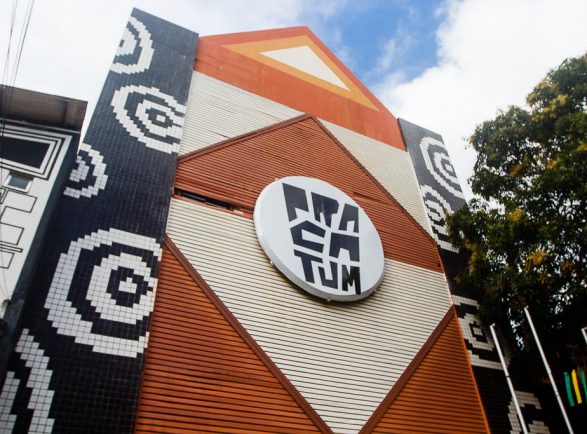 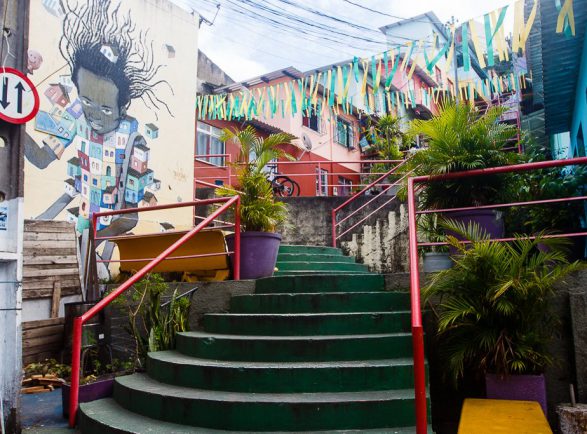 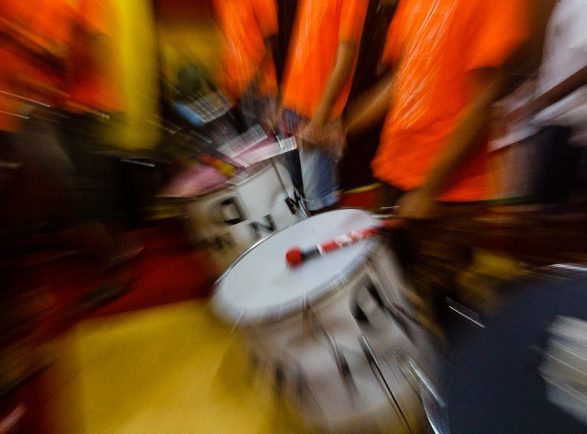 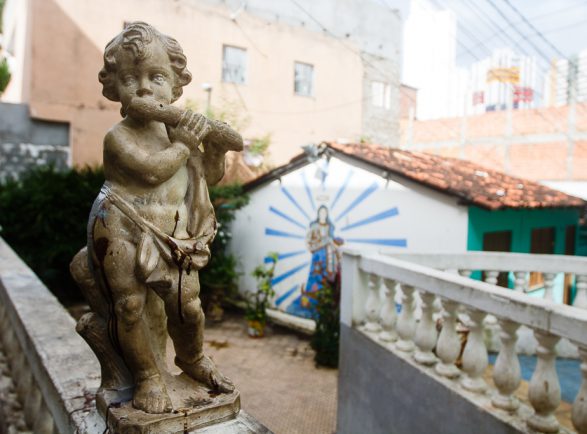 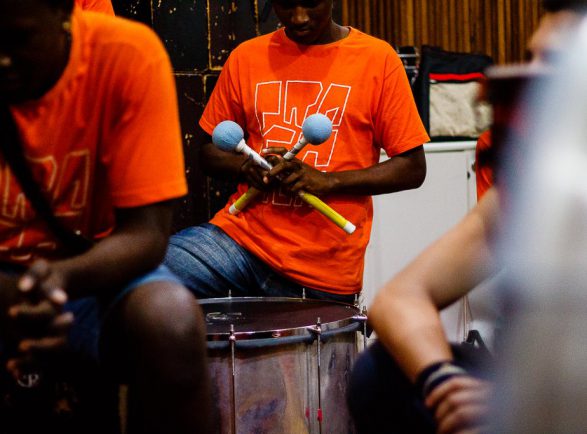 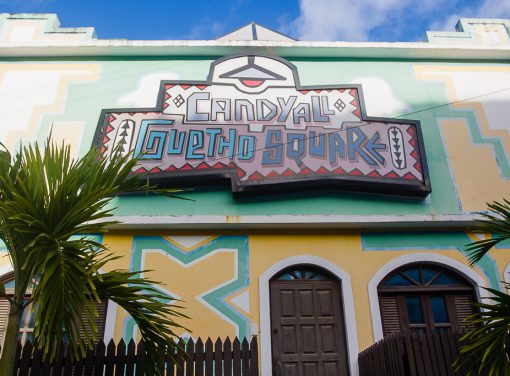 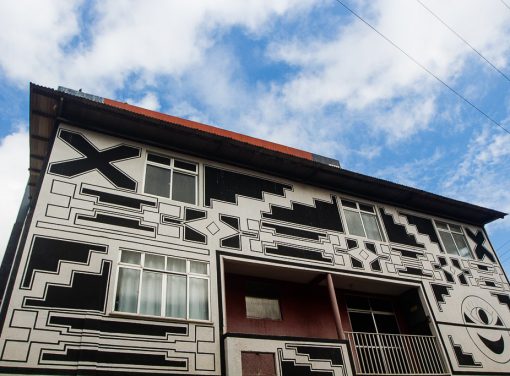 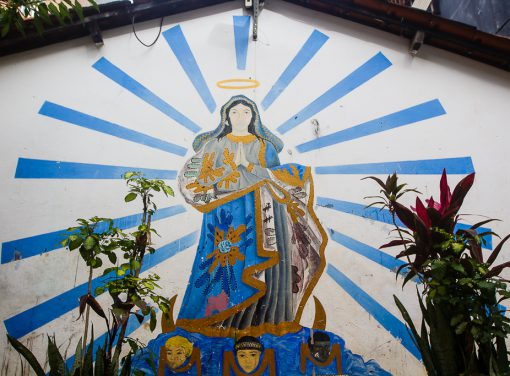 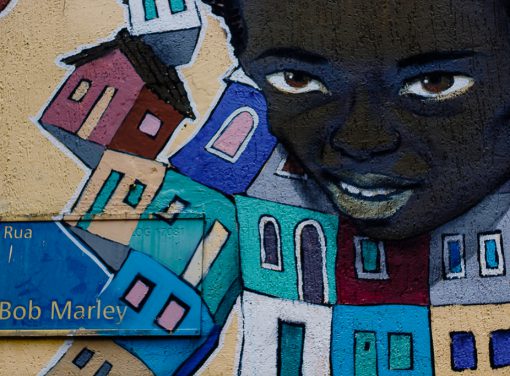 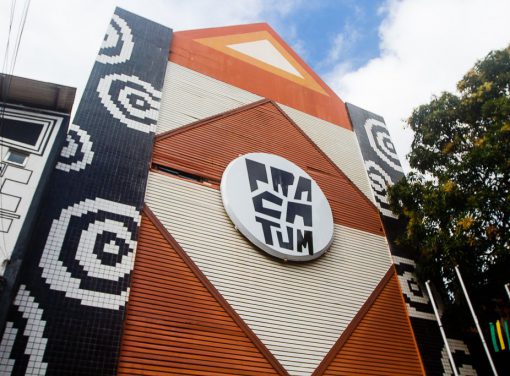 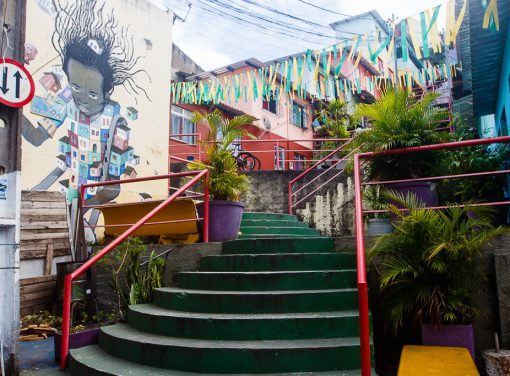 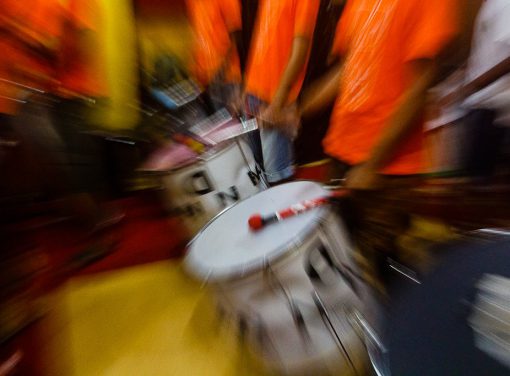 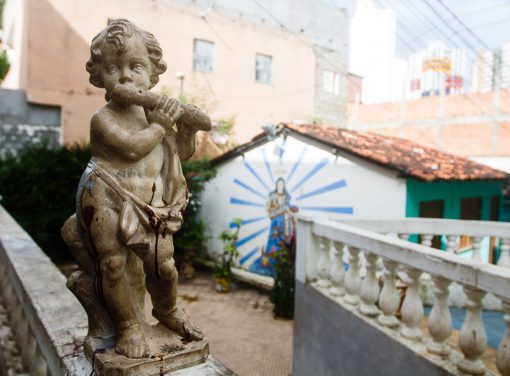 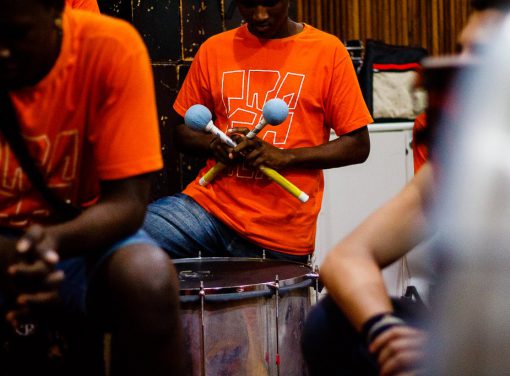 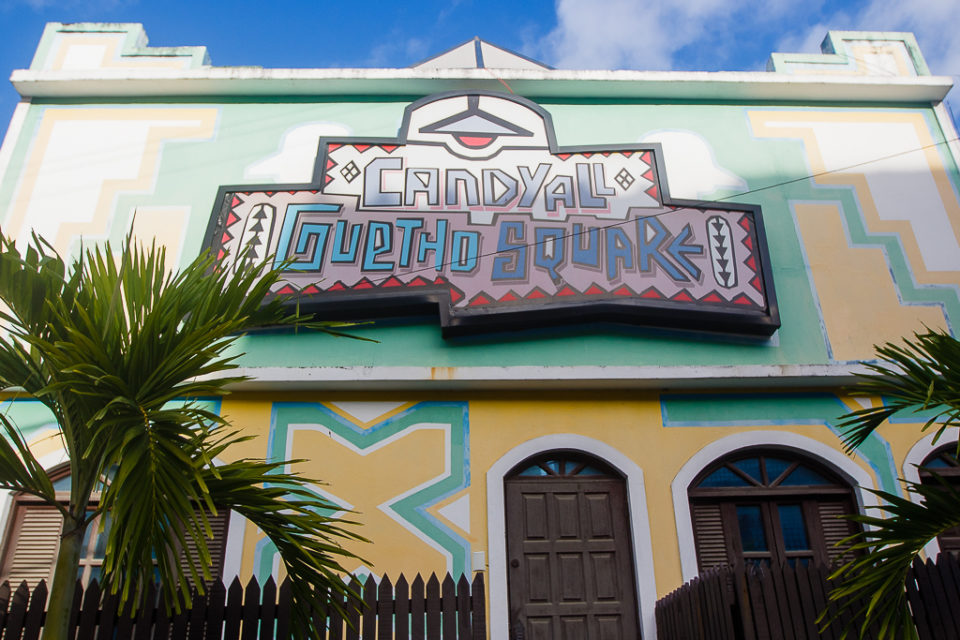 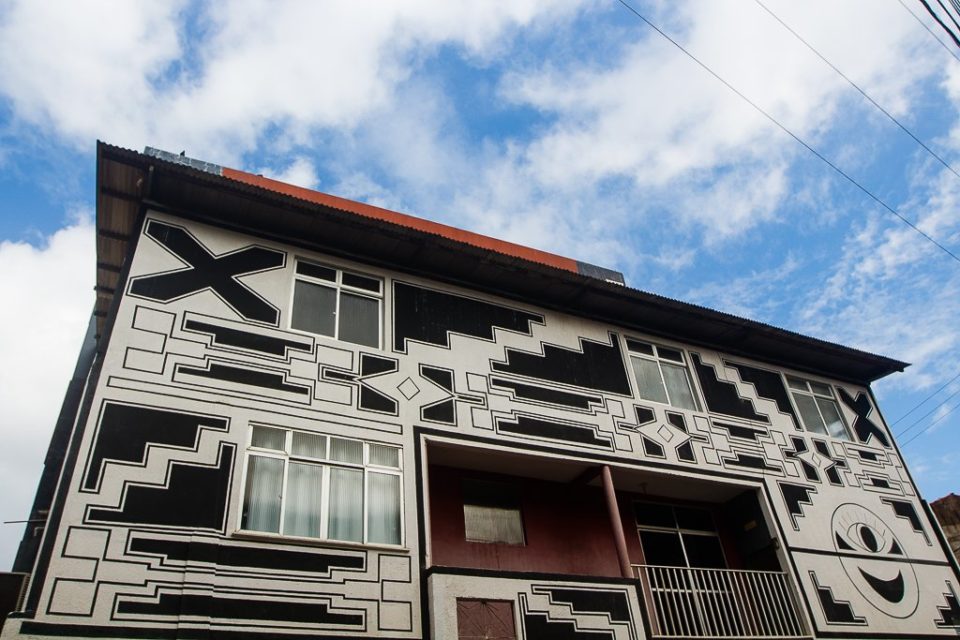 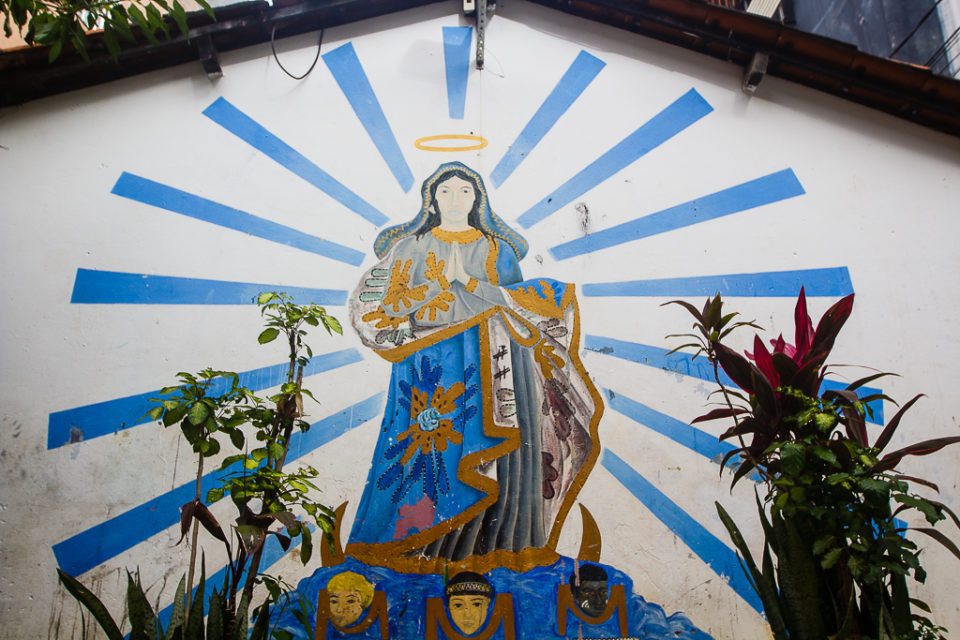 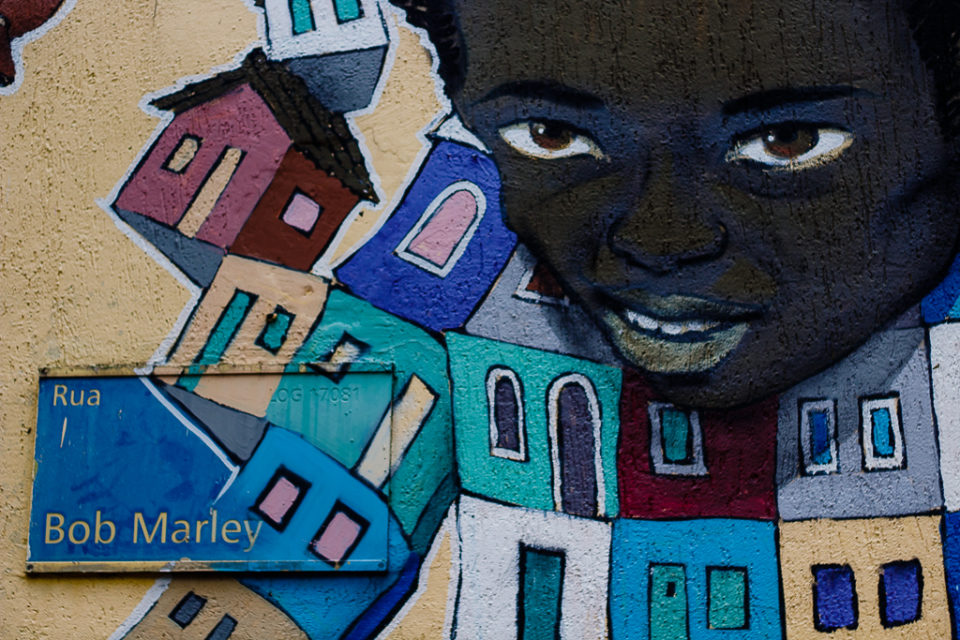 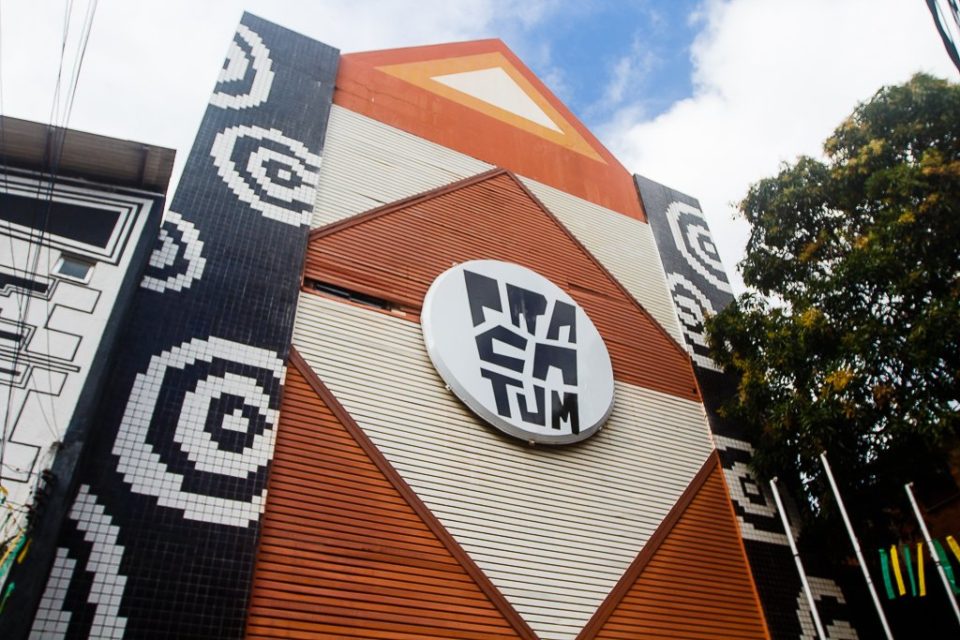 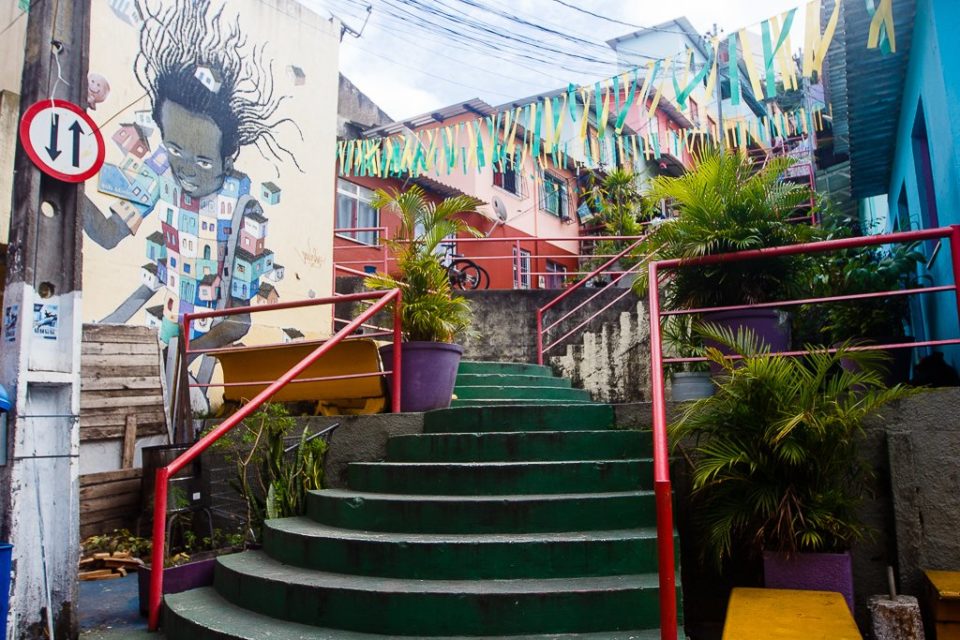 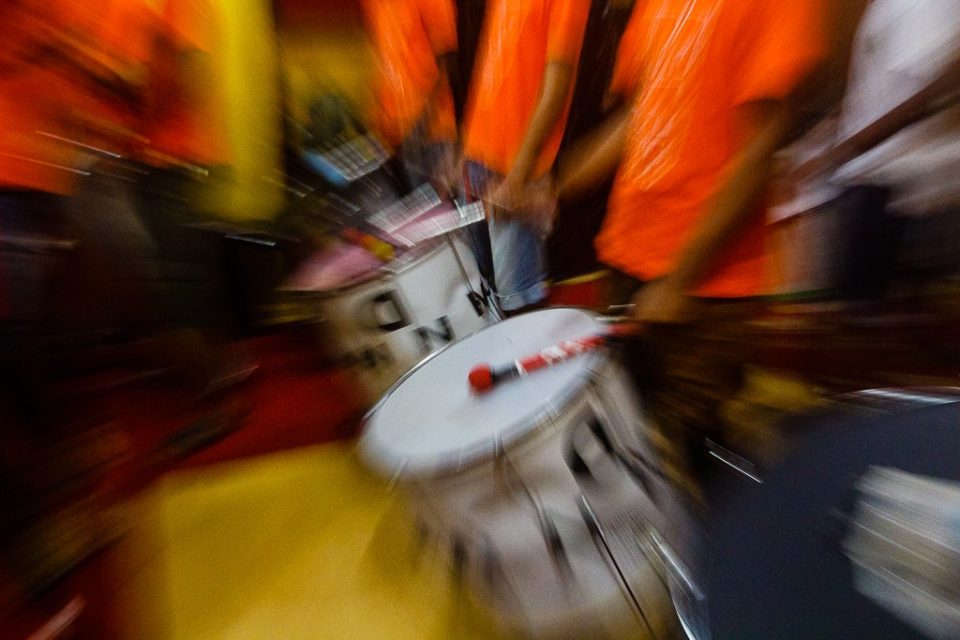 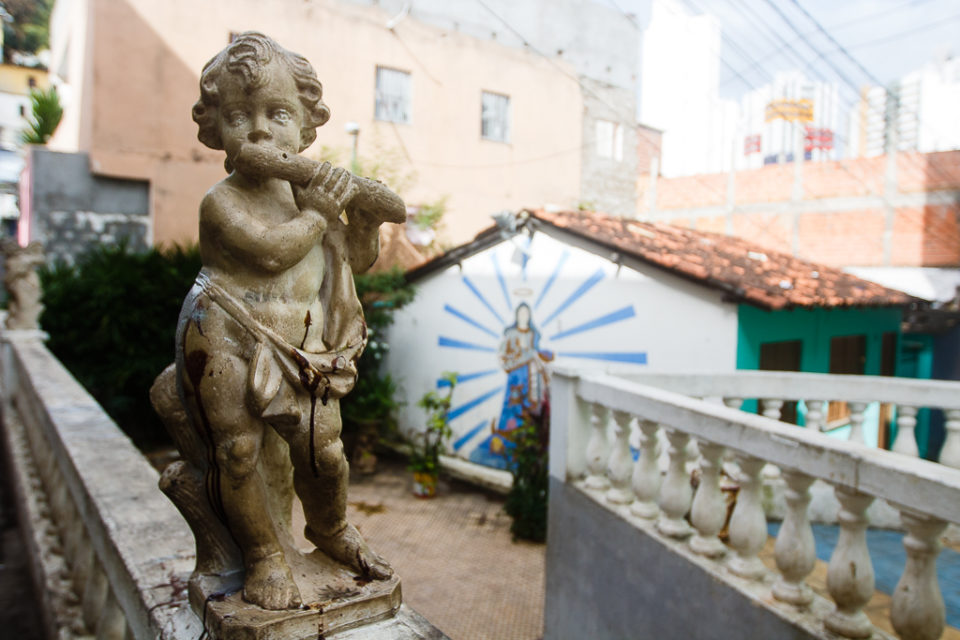 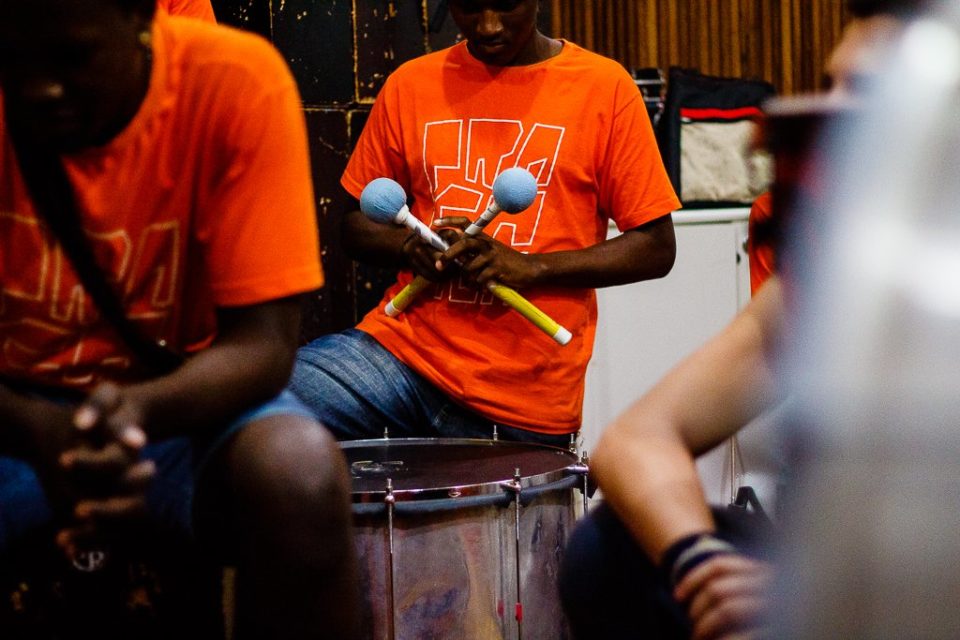