The Afro Group that was born in Itapuã, the most musical district in the city.

Eternalized in Vinícius de Moraes verses, Itapuã has the artist’s “presence” until today. The most musical district of Salvador is also home to Malê Debalê Afro Group. The Group is a black movement that has survived for more than three decades in the Bahian music scene, and made a deep impression in the 80s and 90s for the affirmation of the struggle against racism and the spaces occupation by the black people. Malê is consecrated through songs, dances and costumes that take questionings and reflections on the history and life of its people to the circuits of Salvador Carnival. 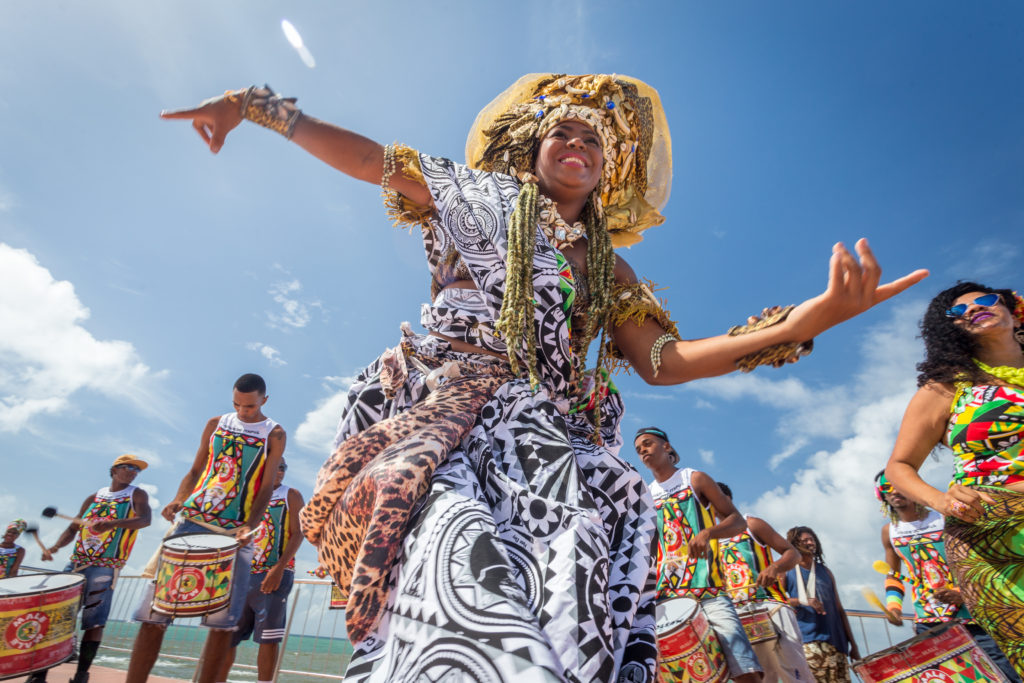 These experiences, therefore, were molding themselves into the “Itapuã way of life”, building what was necessary for the creation of an entity that, besides being from carnival, value promoter and significant for black culture, was also a space for positive affirmation of history, Itapuã neighborhood, Lagoa do Abaeté and its surroundings. From there, came the entity’s name.

The name “Malê” is in honor of the black Muslims who, in 1835, made an important achievement in Brazil’s history, entitled “Revolta dos Malês” (Malês Revolt). The name “Debalê”, created by those who have founded the group, translates, according to the founder Josélio de Araújo, a “positivity”, happiness connotation, or any translation of affirmative character.

The Group has an extensive calendar throughout the year, especially in the summer. Every year, it promotes the Festival de Música Malê (Malê Music Festival) and the Concurso Negro e Negra do Malê (Malê Black Man and Black Woman Competition). Both events made their fortieth edition in 2018. The group also integrates children with the Concurso Negro e Negra do Malêzinho (Malêzinho Black Boy and Black Girl Competition). All of them at the group’s headquarters. Some of Malê rehearsals happen in Pelourinho. In addition, they participate in the Lavagem of Itapuã that happens on the Thursday before carnival. Tradition for more than a century, the Lavagem gathers faith and groups’ parade. 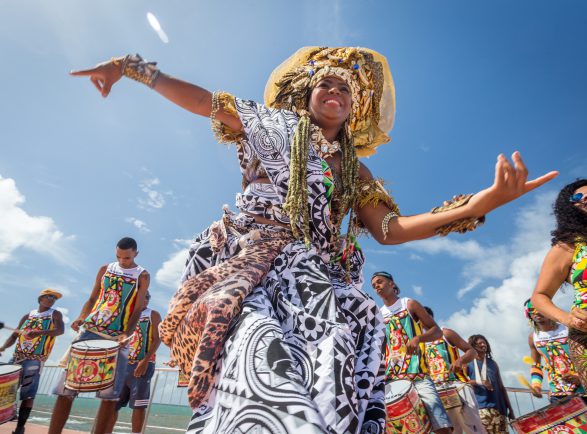 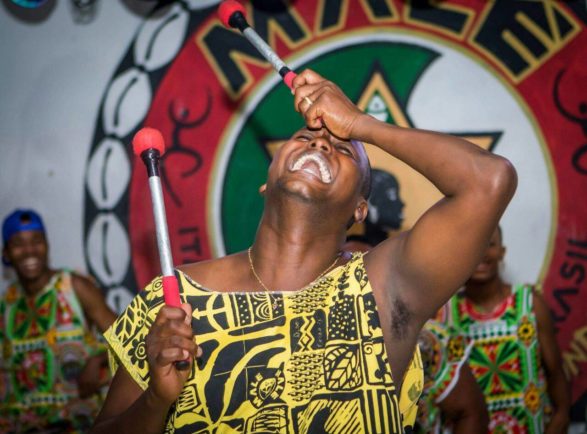 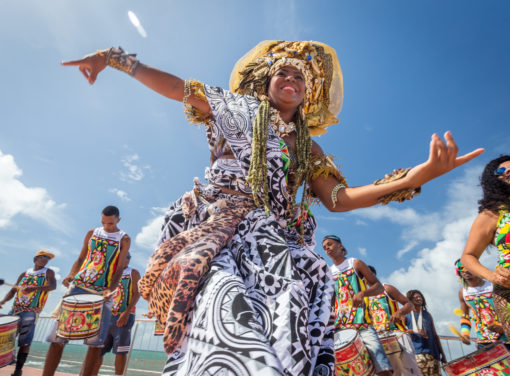 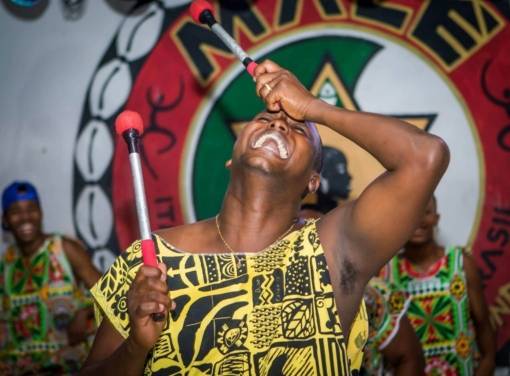 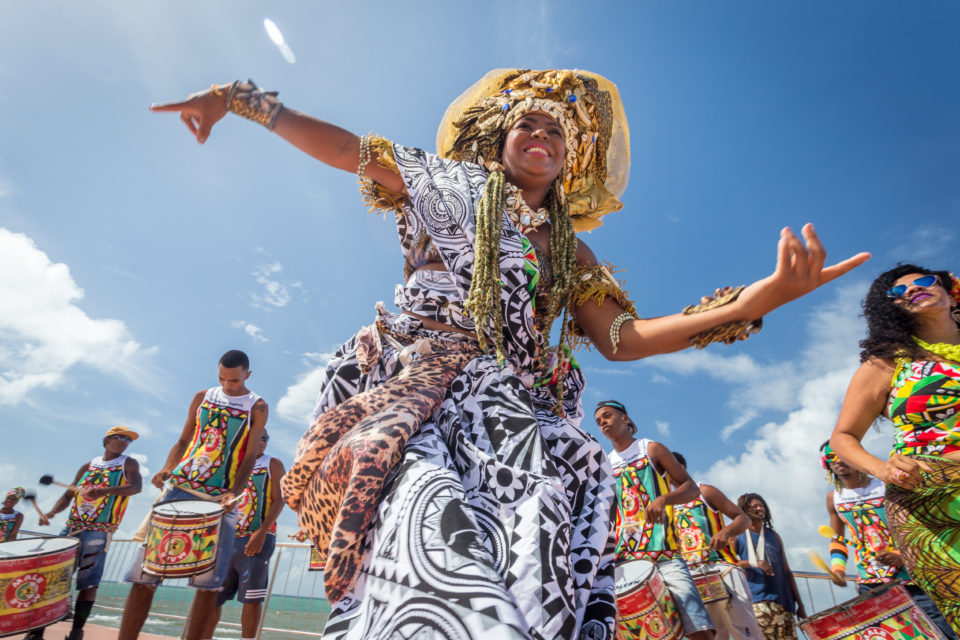 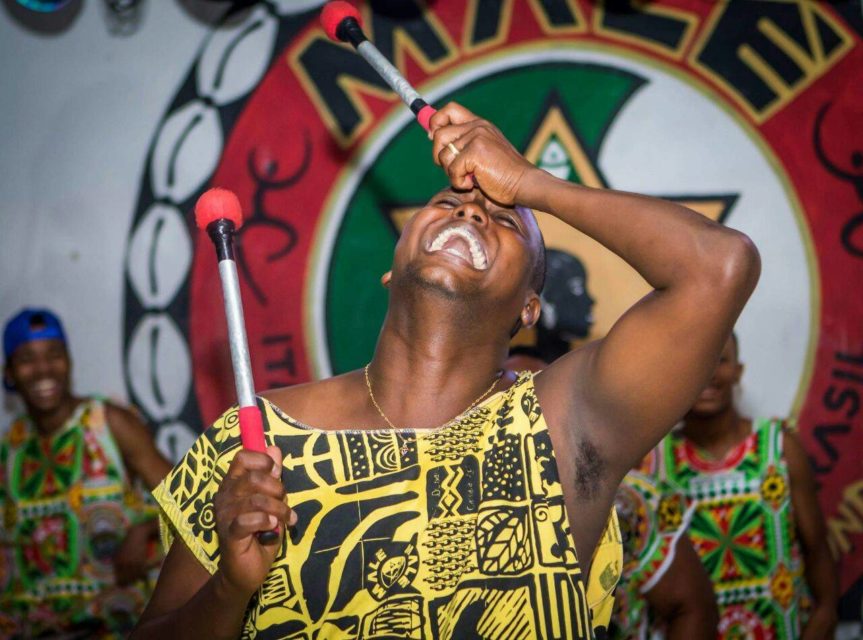