The women’s power in percussion

From the idealization of Antônio Luís Alves de Souza, the legendary Neguinho do Samba, arose the rhythm that would mark Bahia’s carnival and Brazilian music forever: samba reggae. Also in the master’s hands, a project was created in 1993 that would change, through the drums, the lives of many girls and women in Salvador Historic Center: the Didá Educational and Cultural Association.

No wonder, Didá is a word in Yoruba that means “power of creation”. Fruit of the creative mind of a music master and carried on by the power of women, the group remains firm as an instrument of social transformation and resistance. Didá is increasingly strengthening the thought* that women can and want to play drums, that black women are magnificent goddesses in creativity, in the university and in everything they want to accomplish.

The Association has activities throughout the year. At its headquarters in Pelourinho, ancestral house and territory, it maintains social inclusion activities with free arts education for women of all ages and for children. There are percussion, afro dance, capoeira and theater classes and dialogues about identity for female empowerment. When there is financial support, the artistic expressions development expands even more and girls and women from the Historic Center can participate in singing, computing and English workshops.

During Carnival, these women take the avenue with the wealth of female stories they know how to tell. There are 1200 members who participate every year. The parades are also open to all women who wish to parade on the avenue with the group, whether playing percussion or in any of the other sectors. In 2020, Didá is preparing to come with 9 wings, all representing political speeches, one of them exclusively for trans women. Highly representative women come as highlights, holding standards or on top of the trio.

Learn more about this road of achievements

In 1993, the need to offer the female audience, especially black women, a space where they could develop artistic activities and expose their ideas, made Neguinho do Samba use the house he won from the American artist Paul Simon, in Pelourinho, to found the headquarters of the association, which, at the time, was formed by a small group that gave the first beats on percussion instruments.

In January 1994, when they played in Lavagem do Bonfim, they surprised those who had never seen samba reggae performed by female hands and, in the following year, started to organize themselves as an Afro block – the first formed only by women.

Combining dance to the drums beat and wearing the colors red, yellow, black, blue and white, Didá Banda Feminina traveled the world and even recorded with Caetano Veloso the song “Luz de Tieta”, which was part of the soundtrack of Tieta do Agreste.

In the world, they have become a reference for all women who want to love, smile and fight all kinds of oppression with their drums. Didá plays and dances while printing its own truths. They are royalty, reality. 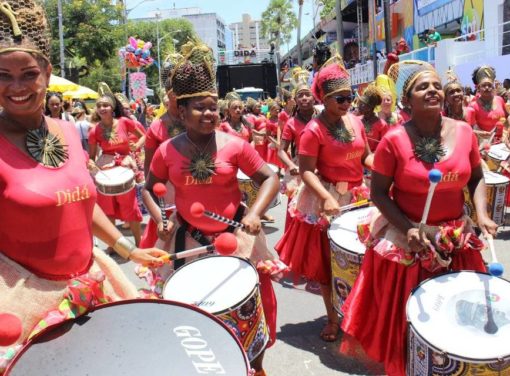 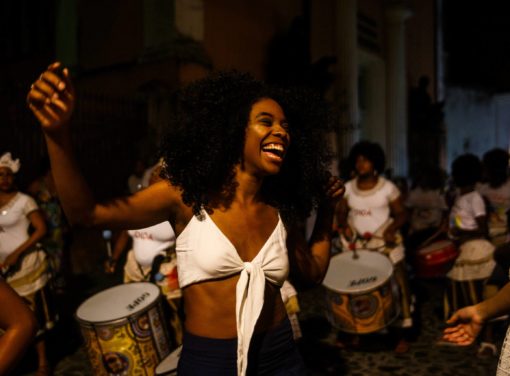 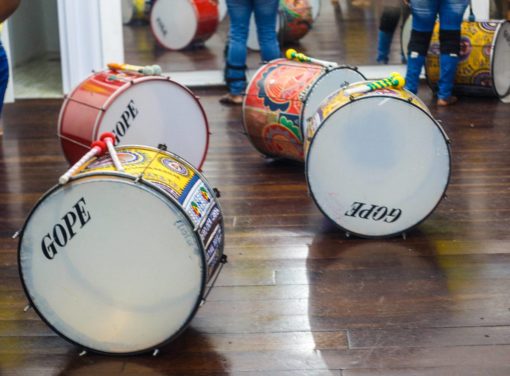 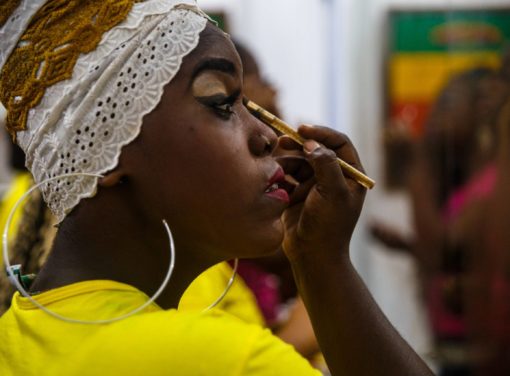 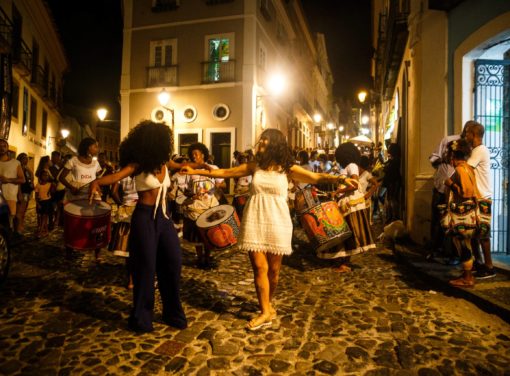 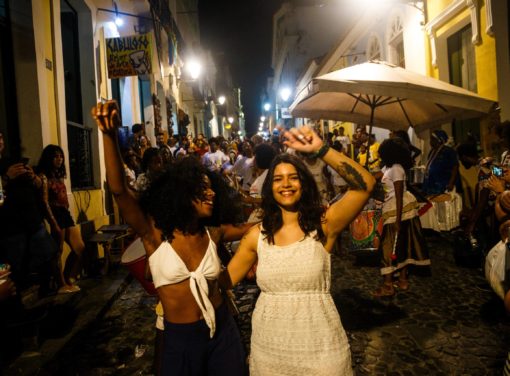 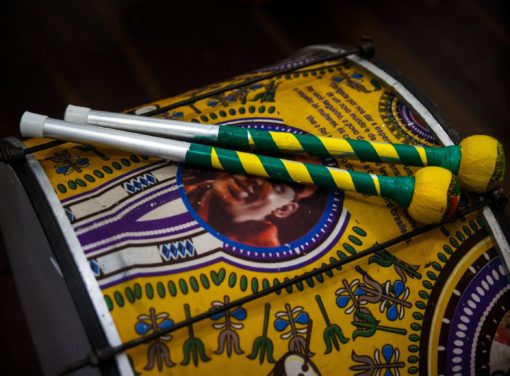 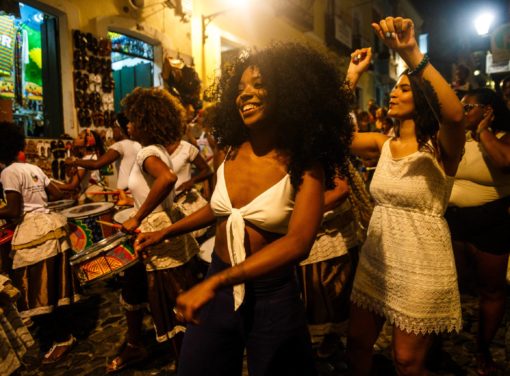 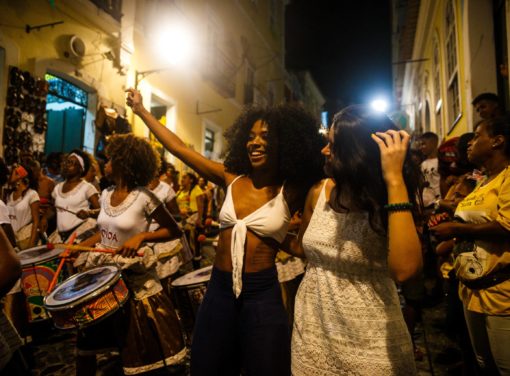 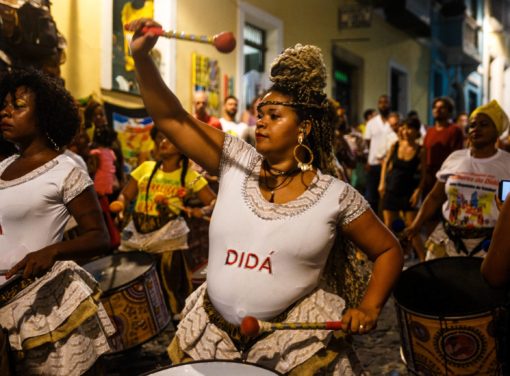 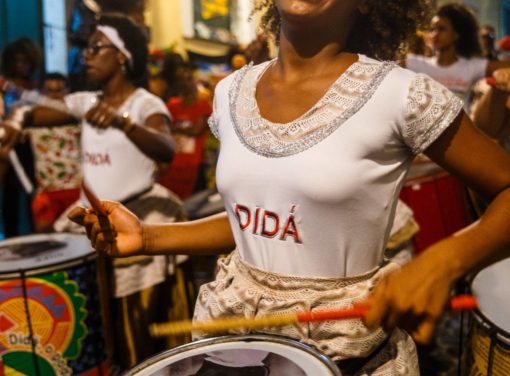 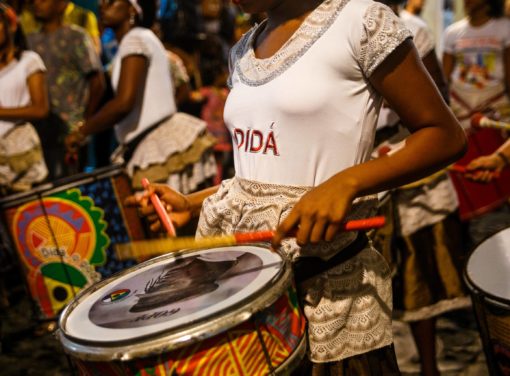 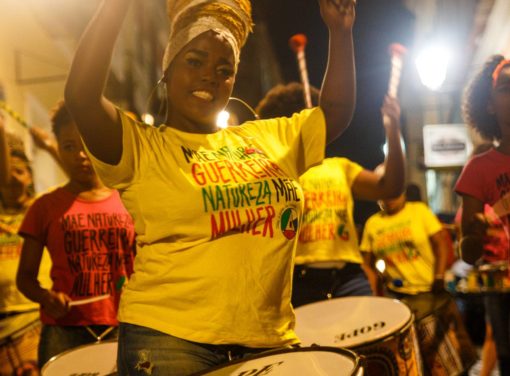 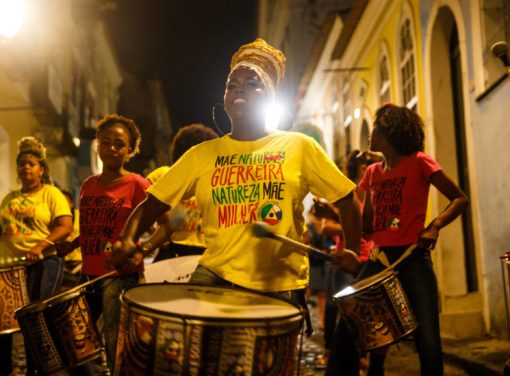 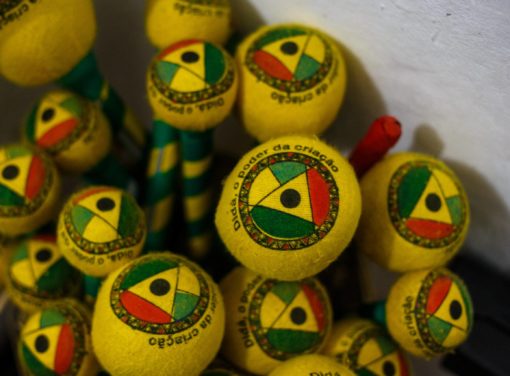 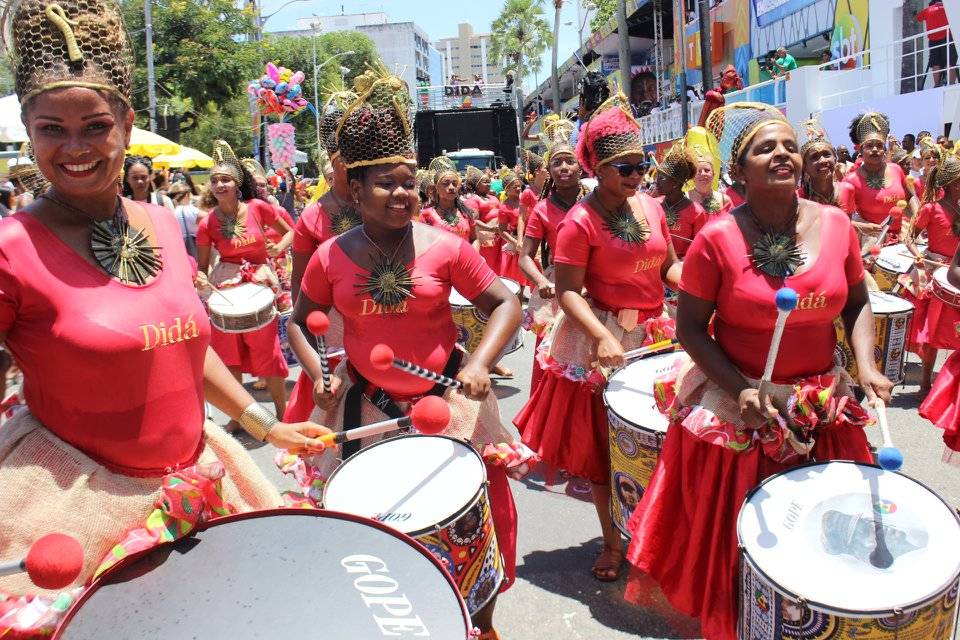 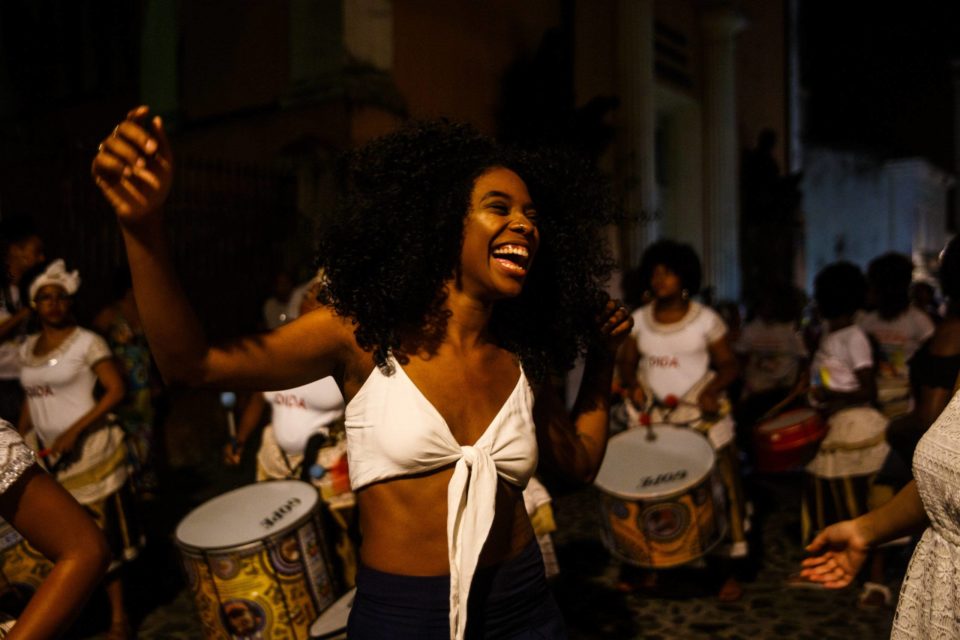 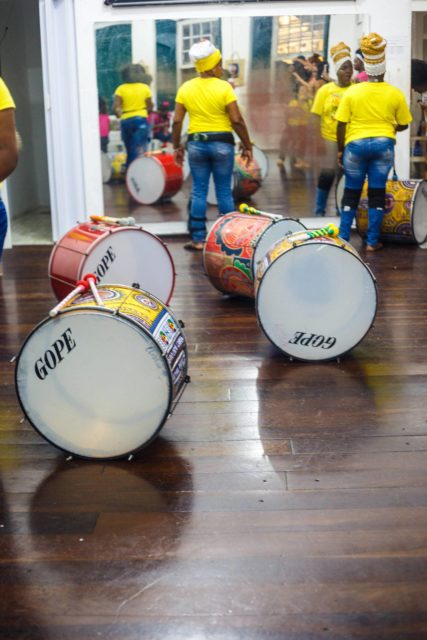 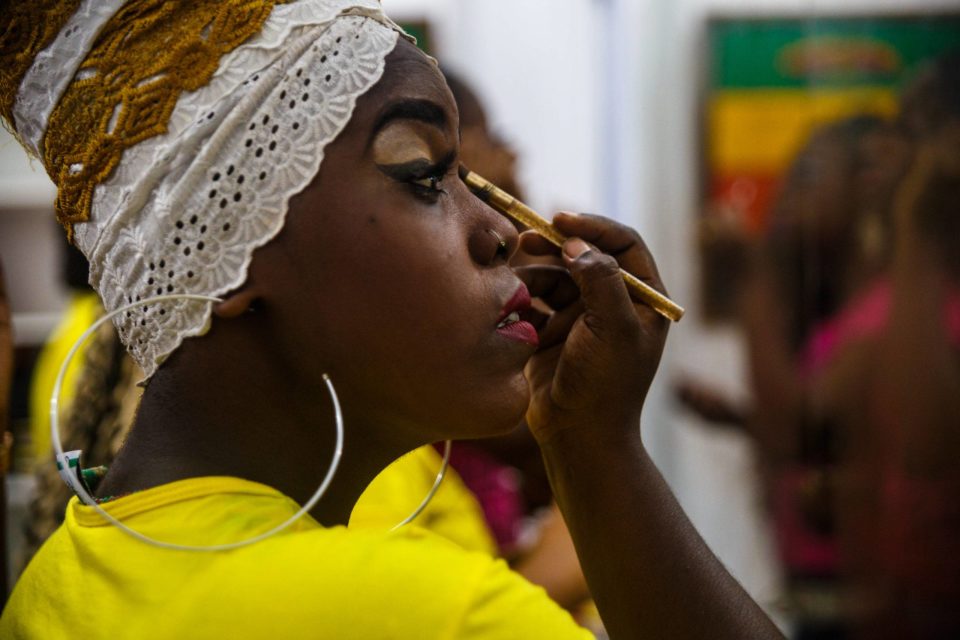 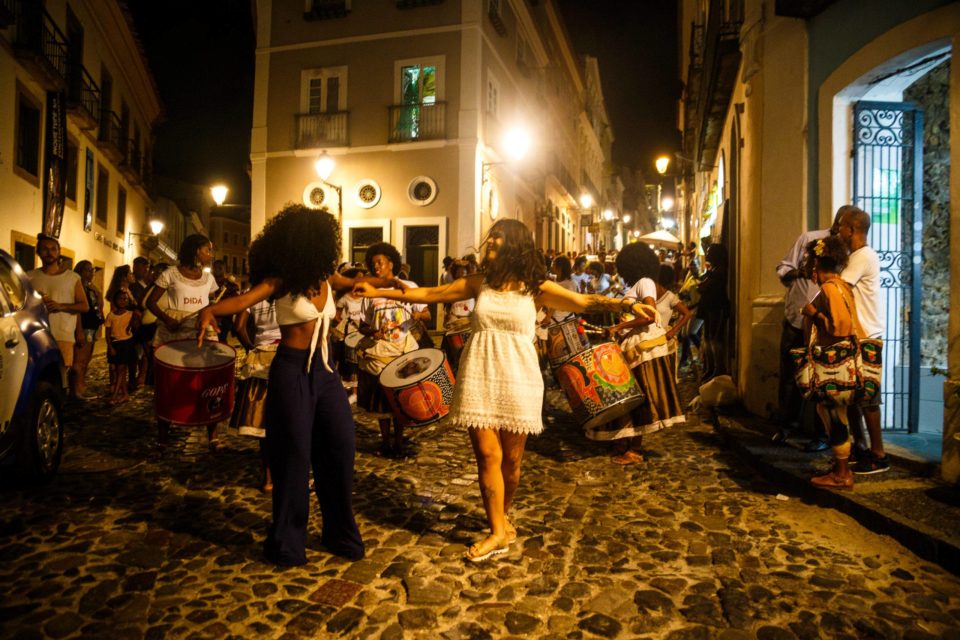 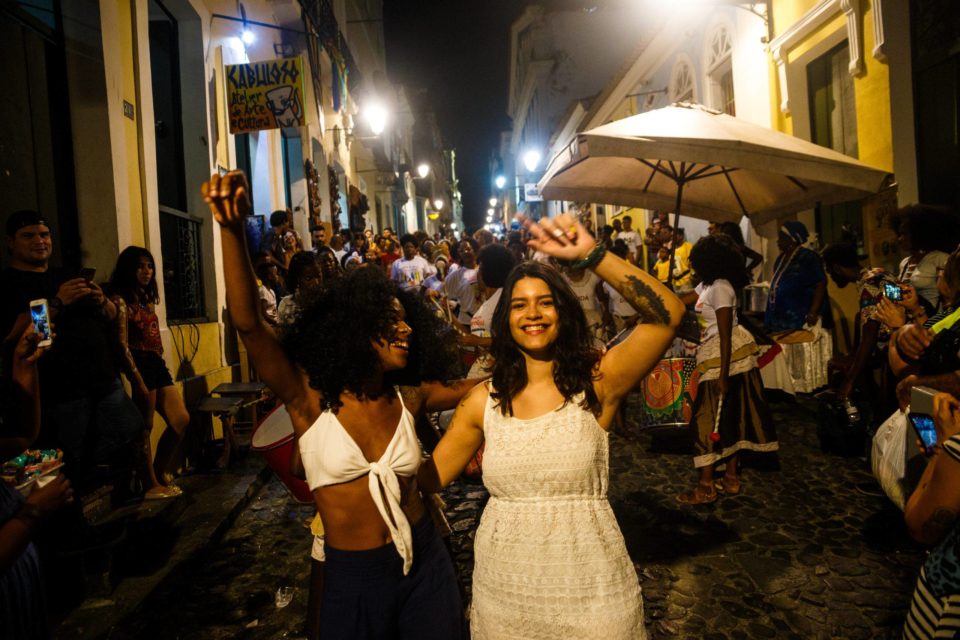 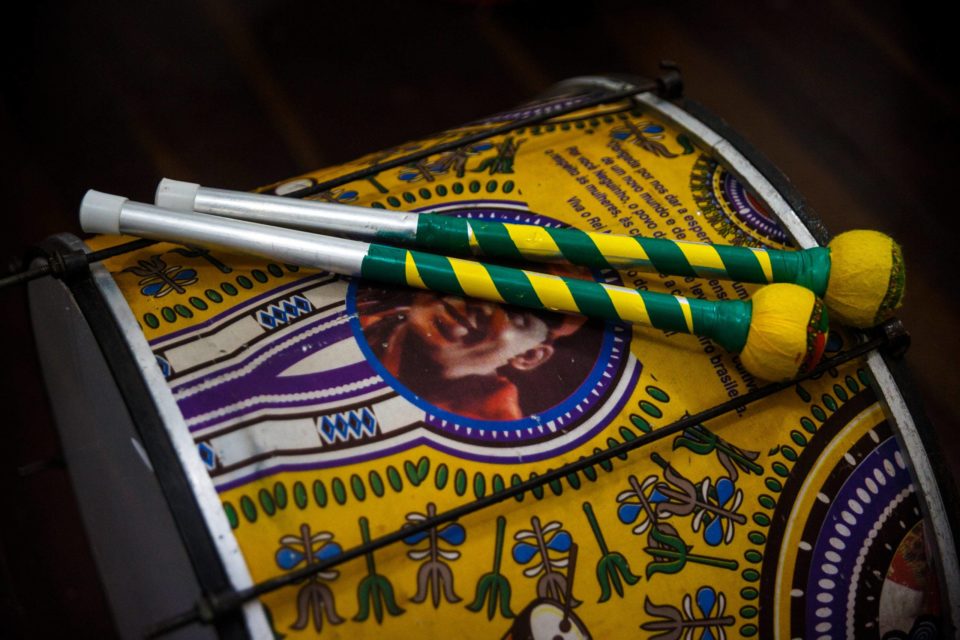 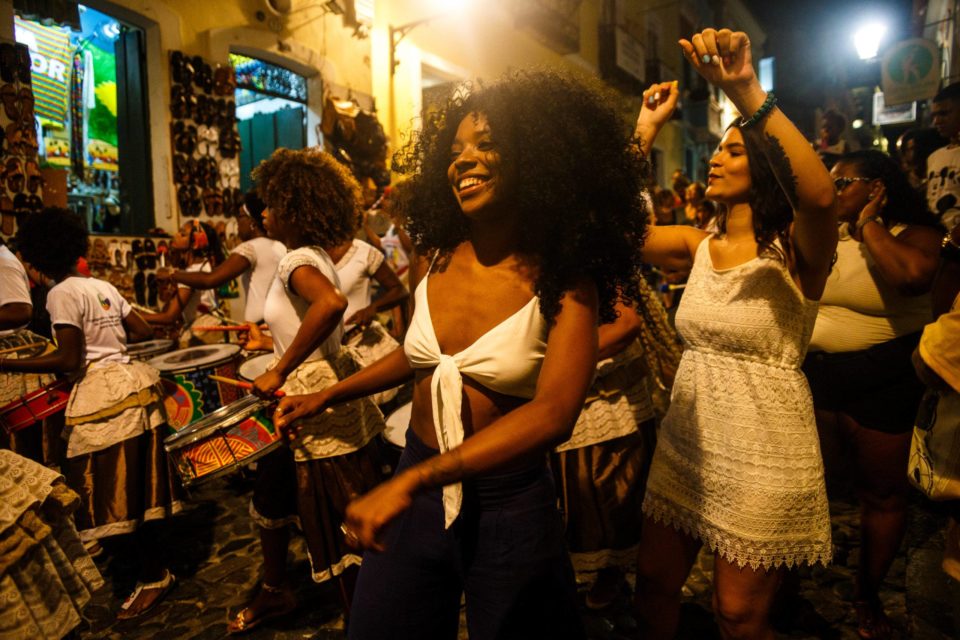 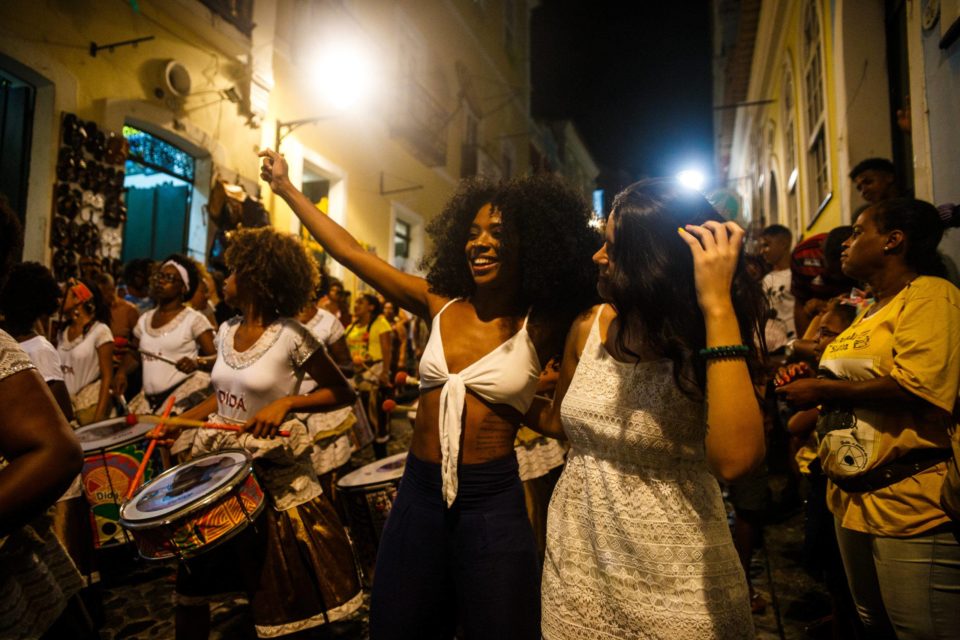 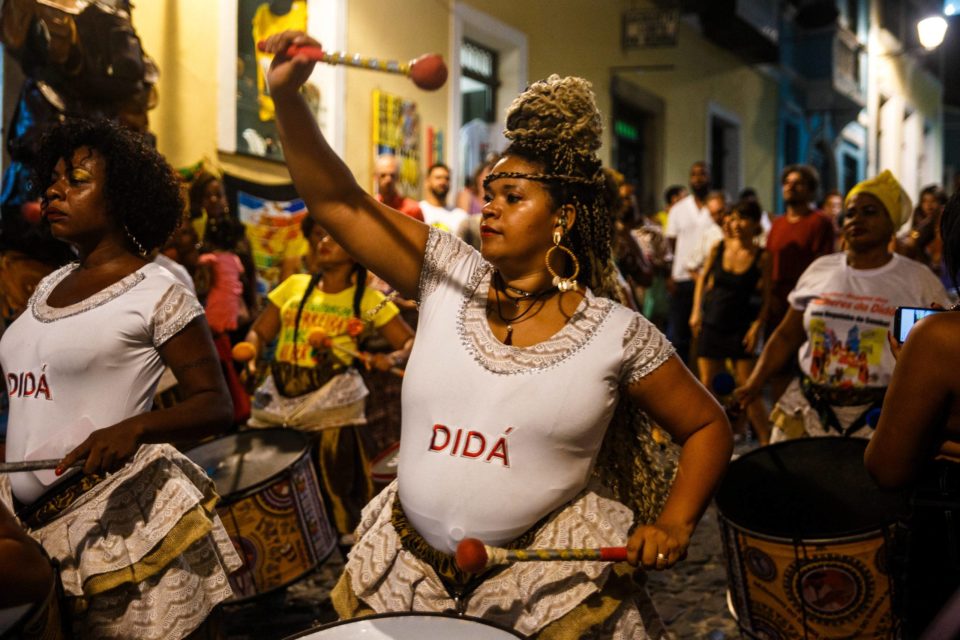 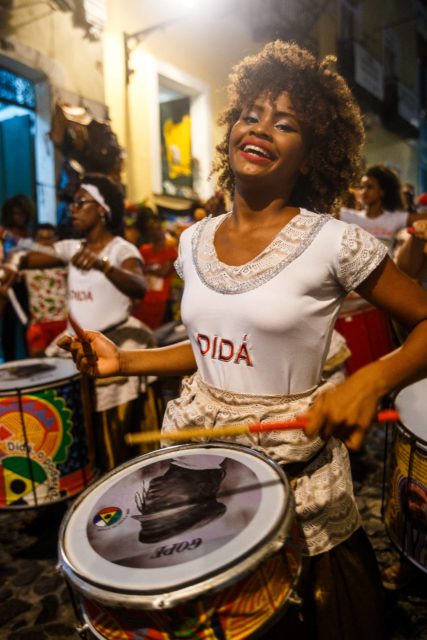 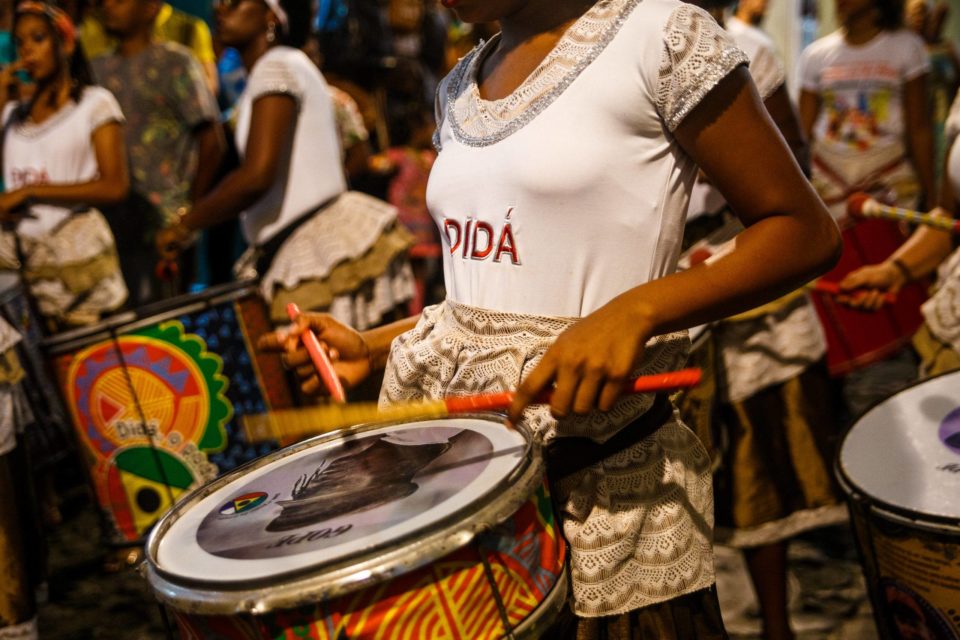 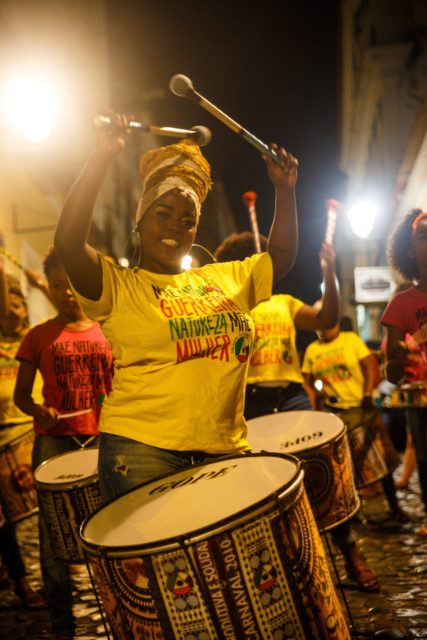 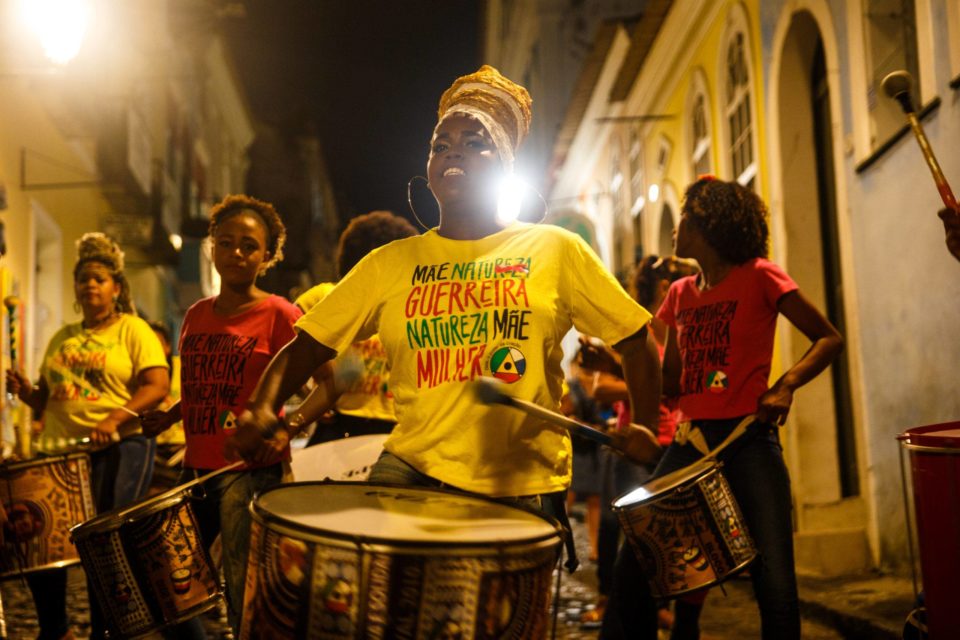 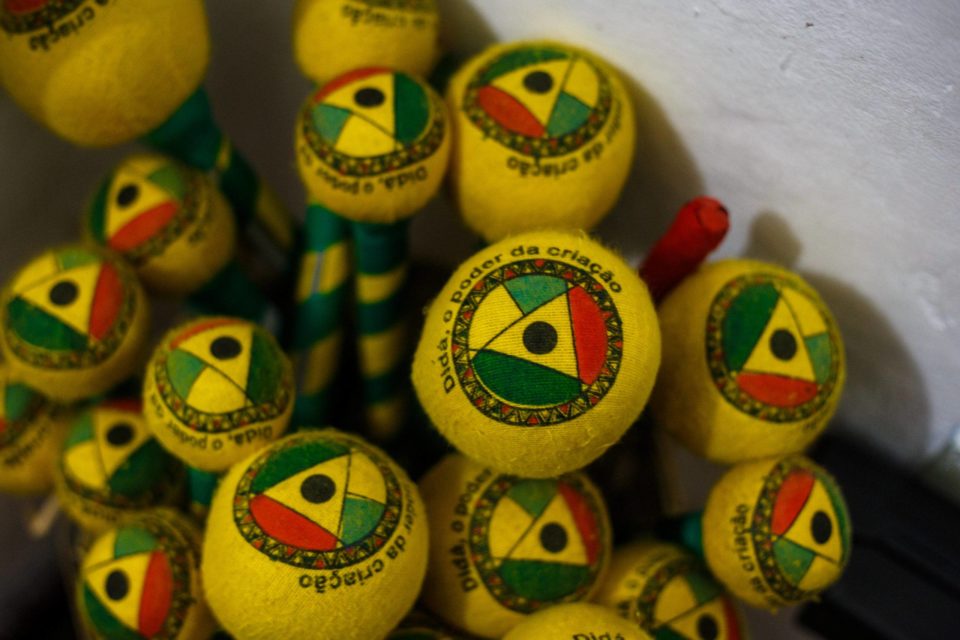