Coffee Cart Will Turn into Nano Trio at Carnival 2019

Salvador Carnival represents one of the largest popular and cultural manifestations in the world. It is the street itself, the people, the tourists’ happiness, the blocks (carnival groups), trios elétricos (musical trucks), fanfares and carnival boxes. Diversity of people and of musical rhythms gathering afoxé, axé, Bahian pagode, samba-reggae, samba and others in the same party. No wonder we make the biggest street party on the planet, as we have a lot to show.

Salvador is renewing itself every year and, together with this land’s strong cultural traditions, the city is being continuously named as one of the best destinations to meet in 2019, like in “The New York Times Travel”, “Kiwi” and “National Geographic”. This feeling is also reflected in our carnival, a mixture of popular culture traditional expressions with the news of this city that is a musical boiling.

In order to form a representative link between the traditional and the new, “Visit Salvador da Bahia”, Salvador’s official tourism channel, has chosen one of the daily Bahian symbols to represent the profile dissemination action in Spotify: the coffee street vendor of Salvador streets! The Coffee Carts are a synthesis of the entrepreneurial spirit, driven by the city’s innovation and creativity sense and the “Visit’s Spotify in Salvador streets” will connect tourists and locals showing the city’s strong relationship with music.

“The (coffee) cart already reverberates through the city streets, it catches everyone”, explains the artist Ray Vianna.

This peculiar cart has the simple activity of selling coffee through the streets of Bahia’s capital and is a true artistic expression: the allegorical carts imitate the trio elétrico, another invention that has become the maximum symbol of Salvador Carnival. Just go out to the Center to see the little trios elétricos reinforcing with their playlists the rhythm of this capital internationally recognized by UNESCO as “City of Music”. 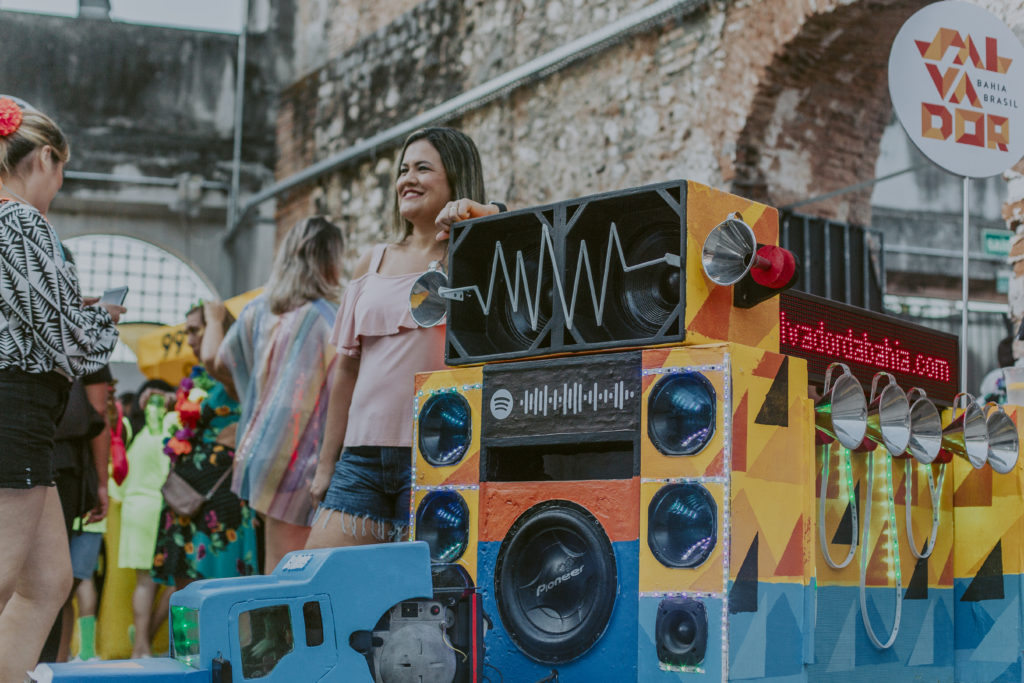 To make it even more special, this coffee cart has been made by Moisés Sanches, an artisan who loves the representativeness of these carts that circulate in Salvador streets. The visual identity was created by the artist Ray Vianna, one of the great responsible for the creation, in the 90’s, of the iconic Timbalada Group body paintings. Ray is known to have developed successful album covers for the Timbalada Group, graphic design, scenography, as well as urban art works in the city of Salvador, such as Odoyá (2008), in Largo de Santana in Rio Vermelho.

About the action “Visit’s Spotify in Salvador streets”

The channel has already 15 playlists for you to enjoy Salvador music. And for Carnival, the playlist “Carnaval 2019” has been created with songs that can’t be missing. There is still “Esquente Verão”, “Novo Som de Salvador”, “Pagodão Não é Axé”, “Pôr do Sol”, among others.

With the playlist, all the networks of “Visit Salvador da Bahia” will be shared, especially the Spotify profile. Due to this Coffee Cart proportions, we can even call it “nano trio elétrico” because it has everything to drag curious when strolling through Salvador events and rehearsals playing the playlists and inviting people to the Visit Carnival Block.

“In the City of Music, even a coffee cart becomes a trio elétrico”, says Moses.

Yes, the Coffee Cart will become a Carnival Block of “Visit Salvador da Bahia” and will be called “Expresso 071: O Café Elétrico”, a name chosen by the public through interactions in the Instagram profile. It will be at pre-carnival, in Fuzuê, on Saturday (02/23), at 4:00 pm, strolling through Orlando Tapajós Circuit (Ondina – Barra), from Clube Espanhol to Barra Lighthouse.

A big publicity strategy is being planned for this. The Visit Salvador da Bahia Coffee Cart will appear in many places throughout the city. In each place, a separate party invites people to go to Barra’s seafront to follow the carnival block. The Cart will always be equipped with Salvador Carnival playlist to cheer those who are in those places.

Events where the cart will be 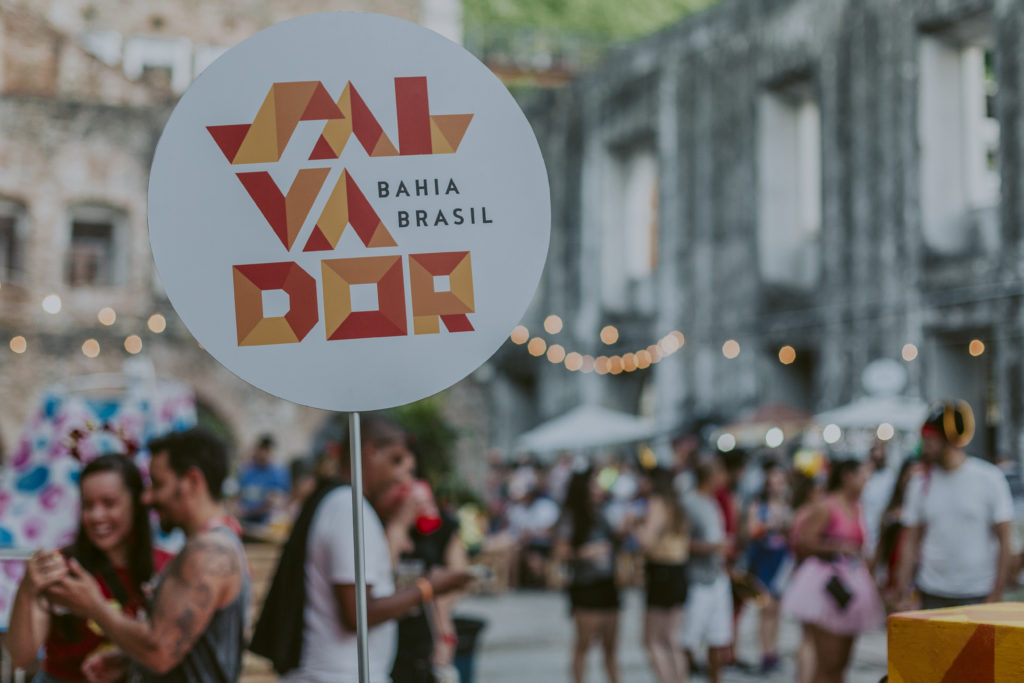 The Cart had its premiere at Bailinho de Quinta party, passed by the last edition of Harmonia do Samba rehearsal, at the “Melhor Segunda-Feira do Mundo” event, went to the Carnival House and to Jau Rehearsal in Largo Tereza Batista. It has also passed by Beach Club do Lôro, at Flamengo beach and in Baile do Bier, at Trapiche Barnabé.

Write down the places where the cart will go:

The campaign doens’t stop there! The Cart will be where the tourist is and that means by land, sky and sea. It will welcome people at Salvador Airport and Port with lots of music, history and culture, showing the best of out city.

The summer of the decade could only be in the City of Music!