Salvador, sunny, cheerful, welcoming city, known worldwide as the city of carnival, perfect destination to discover beautiful beaches, rich gastronomy and cultural heritage. A syncretic land, a place with many churches. Devotions and spirituality wrapped in an originality of human and cultural types not found anywhere else in the world. Powerful not only in culture and beauty, but also in faith.

In every corner of the city, it is possible to see a church. So much so that Bahians usually say that there is a church in Salvador for each day of the year. The account, which practically became a legend in Bahia, is now only true in the verses of the song “365 igrejas a Bahia tem”, by Dorival Caymmi. After all, there are already more than 370 Catholic churches in the city. 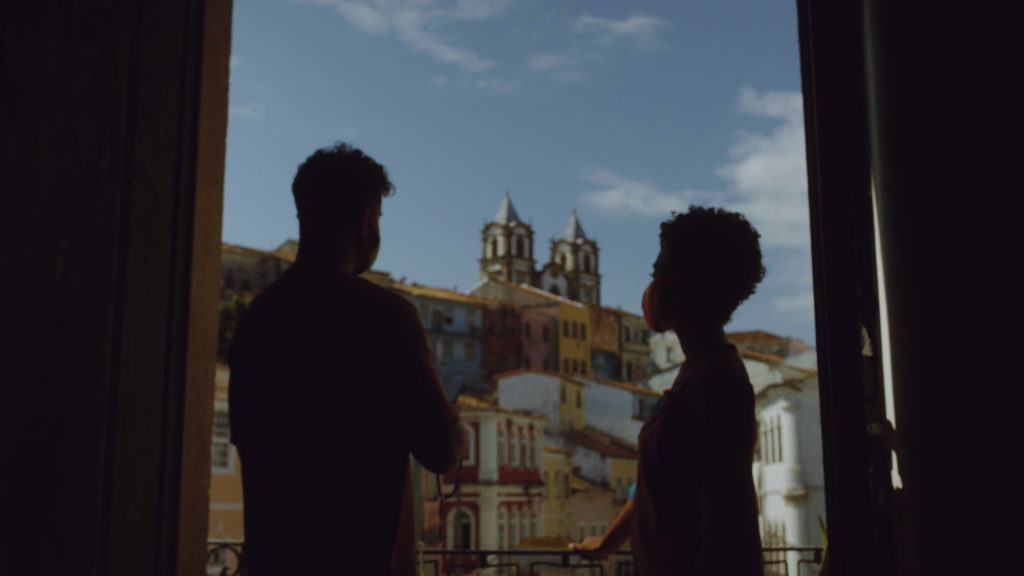 For these and other reasons, we can say that Salvador is a sanctuary city. As in no other city in the country, we have three nuns recognized by the Church as women who lived on the path of holiness. In Alagados, is the church considered the Holy Land, trampled by three saints: St. Teresa of Calcutta, St. John Paul II and St. Dulce of the Poor. From there, the portion of land that represents Bahia in the crown of the tercentenary of the discovery of Our Lady Aparecida was extracted. In Salvador, there are several Catholic churches considered architectural monuments. Some sumptuous, covered in gold, excellent examples of Portuguese baroque in Brazil. Others, known for their masses full of faithful and visitors.

To tell these and other stories, the City of Salvador, through the Department of Culture and Tourism (SECULT), in partnership with Pastoral do Turismo, is launching the Caminhos de Fé web series. The project consists of a series of three episodes featuring immersive itineraries that show churches, shrines, museums and Catholic temples in Salvador.

The campaign will be published here, on the website salvadordabahia.com and on Instagram @visitsalvadordabahia. All episodes will be available on Youtube, on the Visit Salvador da Bahia channel. The launch takes place this Monday, September 27th, World Tourism Day.

The films bring a poetic and current language, with the aim of awakening the will of devotees and curious people, and encouraging them to get to know the places presented. There are almost 30 destinations in the web series, all with location descriptions, a way to encourage visitors to go to the places. Scripts for each episode were also produced with all the important information, facilitating future tours for visitors. In addition, in the “Experiences” section on the portal, there are individual articles with in-depth and updated content on each of the locations presented in the web series. The project also includes the photographic production of each location, a way of cataloging and telling these stories also in the form of images. 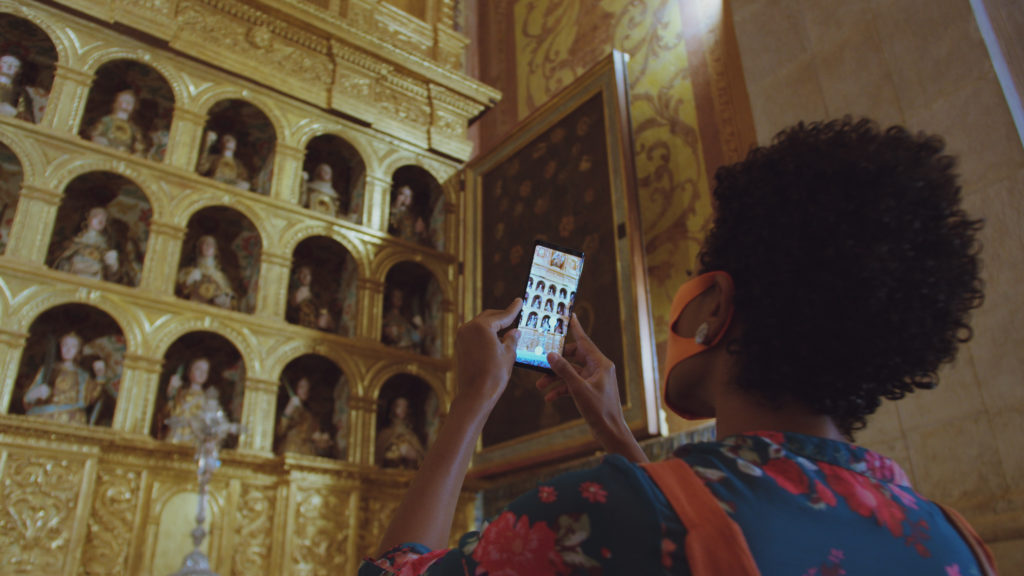 In each episode of the Caminhos de Fé web series, a different itinerary will be presented. The first, Art and Catholic Faith, takes place in the Historic Center of Salvador. There are 15 destinations, including churches and ecclesiastical museums. This is an itinerary that can be done on foot, in which faith shines in the beauty of art, in the refinement of the Baroque, in the tradition of the Third Orders and Brotherhoods, in the devotions and processions that have traversed streets and slopes for over 400 years.

For the second episode, Convents and Monasteries Itinerary, we go to the Old Center, also called the Extended Historic Center. Here, a new path emerges, organized around history, religiosity and even gastronomy, in an approach that values ​​the architectural, religious and cultural heritage of the eight visitation points that keep spiritual memories and experiences of more than four centuries.

In the third episode, the Basilica of Our Lady of Conceição da Praia, patron saint of Bahia, is the portal to the Charity and Catholic Faith Itinerary. In this itinerary, we show six destinations of the Catholic faith of enormous spiritual depth, which served as a bridge between the eternal and history, with the poor, with the struggles of everyday life. Here, you know the land trampled by saints and others who were here and left marks of faith and life among us. It’s an itinerary with solemn and festive shrines, simple churches and a monastery that forges, in the silence of prayer and the labor of work, a life of faith and contemplation. 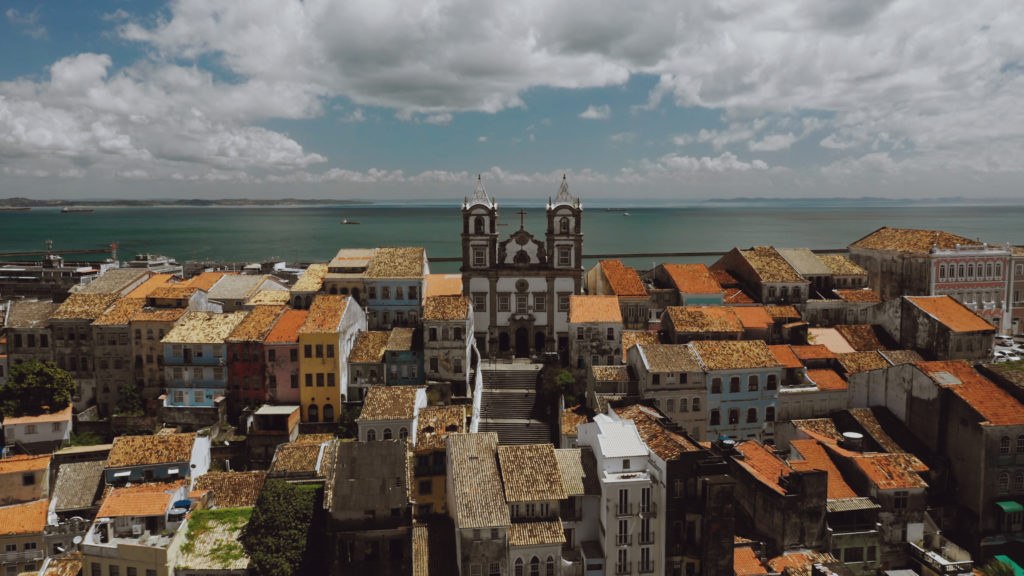 One of the main objectives of the project is to strengthen religious tourism in Salvador. According to Father Manoel de Oliveira Filho, Archdiocesan Coordinator of the Pastoral do Turismo, those who travel to other lands in search of the Sacred renew their strength, reinvigorate hopes and, on their return, take up the path in a new way. Salvador, for Religious Tourism, is a singular city in Brazil. Churches and devotions, baroque and modern, faith and celebration make up a mosaic that enchants everyone and can enchant even more.

Based on this inestimable wealth, Religious and Cultural Tourism, driven by history and faith, in addition to the religious practices inherent to its condition, uses all its own resources for tourist activity. Tickets, accommodation, food, local transport, buying souvenirs. This generates employment and income, brings resources to the host locations and makes the wheel of the economy spin.

Father Manoel explains that the pilgrim carries a characteristic desired by everyone when it comes to religious tourism: he wants to repeat his visit to the place of devotion countless times. He carries this reality as a great victory. Therefore, unlike the conventional tourist, who seeks newness, the religious tourist seeks fidelity and constant return.