From Ivete to Caetano: know their history with the city

It is not new that Salvador serves as an inspiration for artists from all over Brazil and the world. Whether for the beautiful landscapes, the culture, the music, the diversity, or the well-known joy of the people from Salvador, the fact is that many people don’t leave the city, it doesn’t matter what.

The list of lovers, of course, includes celebrities from other cities in the country and also from Bahia who surrendered to the delights of living in the Land of All Saints. Thinking of the personalities who were not born in the capital of Bahia but live here now, we made a list of 10 artists who chose Salvador to live. Check it out.

One of the greatest singers in Brazil, Ivete Sangalo, 47 years old, came from Juazeiro to Salvador at a very young age, at 17 years old, and seems to have fallen in love with the capital. Since 2006, she has lived in a duplex apartment in Edifício Mansão Morada dos Cardeais, with an entrance through the neighborhood of Vitória. Nothing less than at the “doorway” to the Osmar Circuit, in Campo Grande, the most traditional of Salvador’s Carnival. Strategic, right ?!

The apartment is on Avenida Contorno, one of the most beautiful views of Salvador, and has already become a tourist spot. There is no taxi driver, or visitor’s friend, who doesn’t point to the building where the Bahian diva lives and say: “Look! Ivete lives there”. If you are from another city, tell us: you have already had this experience, right?

The list of houses where Ivete lived in the capital of Bahia still includes her sister’s house, Cynthia Sangalo, in Rio Vermelho; an apartment in Federação neighborhood and another in Pituba.

Despite having rented a house in Rio de Janeiro for when she records “The Voice Brasil” and spending time at her beach house, in Praia do Forte, in the municipality of Mata de São João, it is in Salvador that the artist spends most of her time. It is also there that she traditionally performs an intimate show for her fans on May 27, when she celebrates her birthday.

“I am the daughter of Salvador by choice and heart. I like Salvador for everything it offers me, especially its most pure and beautiful energy”, declared Ivete, in 2014. 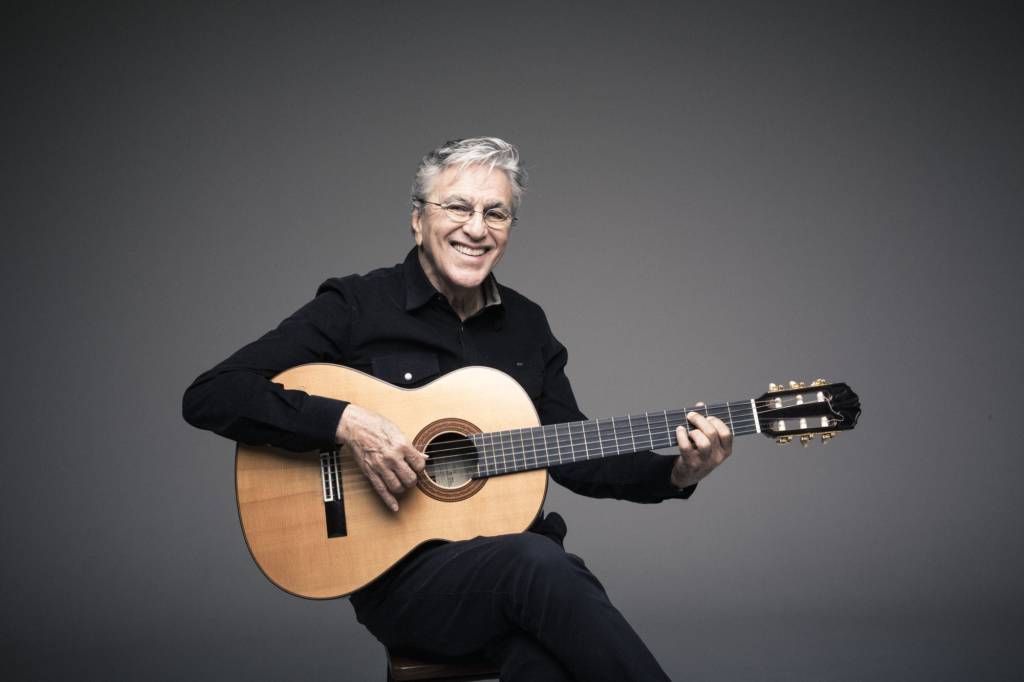 Born in Santo Amaro, a city in the recôncavo of Bahia, Caetano Veloso, 77, has said a few times that he considers Salvador his first big city. Dona Canô’s son came to the capital of Bahia 60 years ago, when he was only 17 years old. Despite having another apartment in Ipanema, in Rio de Janeiro, it is in his apartment at Morro da Paciência, in Rio Vermelho, that the singer usually spends the summer.

Here, Caetano gathers his friends, mainly in the New Year Eve and on festive dates such as the Iemanjá Party, celebrated on February 2. It is here, too, that the singer is quarantining.

“Summer in Bahia! The truth is that I have never left the city at all: I kept Ondina’s house with Dedé and then I bought a house in Rio Vermelho with Paulinha. I have always spent summers here! Bahia occupies a more central place within me”, he wrote in a publication in December 2019. 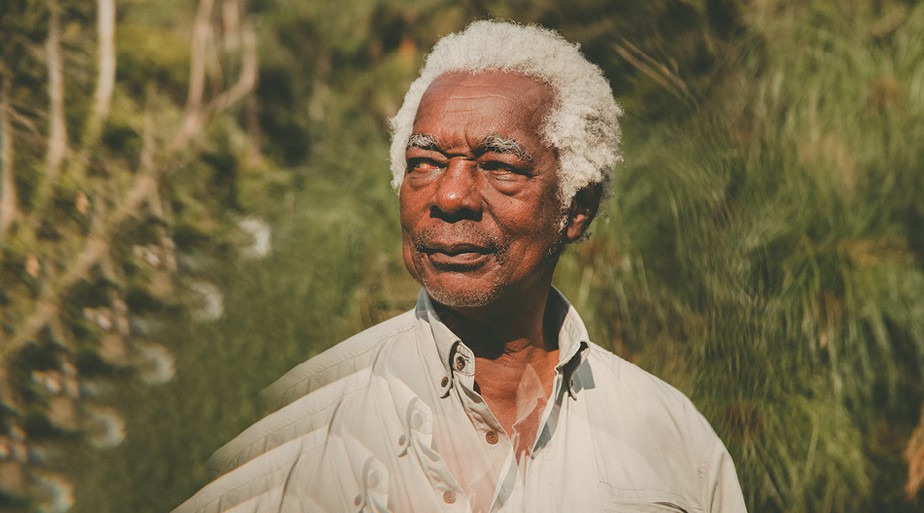 The artist Mateus Aleluia, 76 years old, former member of the Bahian trio Os Tincoãs, is one of the most powerful voices of Afro-Brazilian music. Born in Cachoeira, a city in the southern part of Bahia, he spent 20 years living in Angola, Africa, and since 2002 he has been living in Salvador.

He is often seen walking on the streets of Santo Antônio Além do Carmo, one of the oldest neighborhoods in the city. But it is in the bohemian Rio Vermelho that the artist lives. 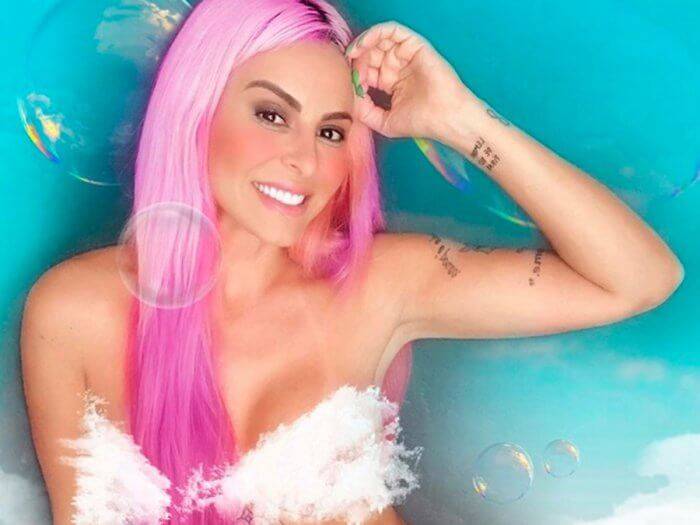 Born in Itabuna, in the south of the state, singer Alinne Rosa, 38, left her homeland towards the capital of Bahia while still in her teens to take a chance on her artistic career. After more than 20 years in the capital, she says she is in love with Salvador.

“I am in love with this city that caught my heart when I arrived here, still in my teens. At first, it was difficult. I didn’t even have the money to pay for a bus ticket, but I walked the streets admiring the beauty of the city, dreaming of better days. It’s good that I didn’t give up on Salvador nor did it give up on me. Today, my whole family lives here and we’re happy”, declared Alinne, in 2016.

Currently, Alinne lives on a penthouse near the Zank hotel, in Rio Vermelho, with her golden retriever dog Bolo de Rolo. It is there that she is isolated in this pandemic.

“Rio Vermelho has everything I like. Nightlife, natural beauty, all kinds of people. It is a lively, pulsating, colorful neighborhood. For me, it is the most special place in Salvador. It translates well Salvador’s way of being” , said the former singer of the band Cheiro de Amor. 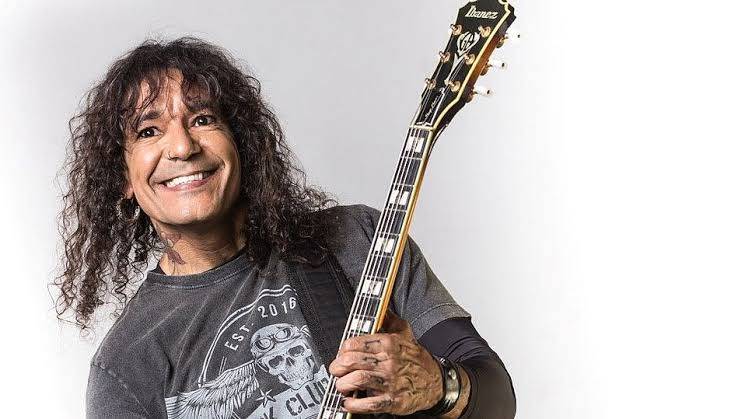 One of the most important names in Brazilian music, singer and composer Luiz Caldas, 57, was born in Feira de Santana. He lived in Vitória da Conquista and later came to Salvador, where he formed the “Acordes Verdes” band. It’s here where he lives today.

“This land is wonderful, has its own identity and has lent that identity to the rest of the country”, said the artist, who has already composed countless songs inspired by the capital of Bahia. One of them is the song “Muito Prazer! Meu Nome é Salvador”, launched in 2017. One of the excerpts from the song says: “Salvador is a mystery. It is immediate passion. It is the simple and the complex. It makes poetry with its verse. It is my love”.

The multi-instrumentalist and Brazilian producer has a studio in his house, in the Caminho das Árvores neighborhood. There, the father of Axé Music maintains a frantic production and releases about ten songs a month.

Agenor Apolinário dos Santos Neto, better known by the stage name Pablo, 34, was born in Candeias, in the Metropolitan Region of Salvador (RMS), and came to the Bahian capital after fame. Today, the “Sofrência King” lives in a mansion in Alphaville.

It is at his home, in the luxury condominium on Avenida Paralela, that the artist is quarantining. He even recorded his last video clip, Notícias da TV, indoors. The singer’s bet for the “quarantine hit” features Pablo acting, from a distance, with a model. 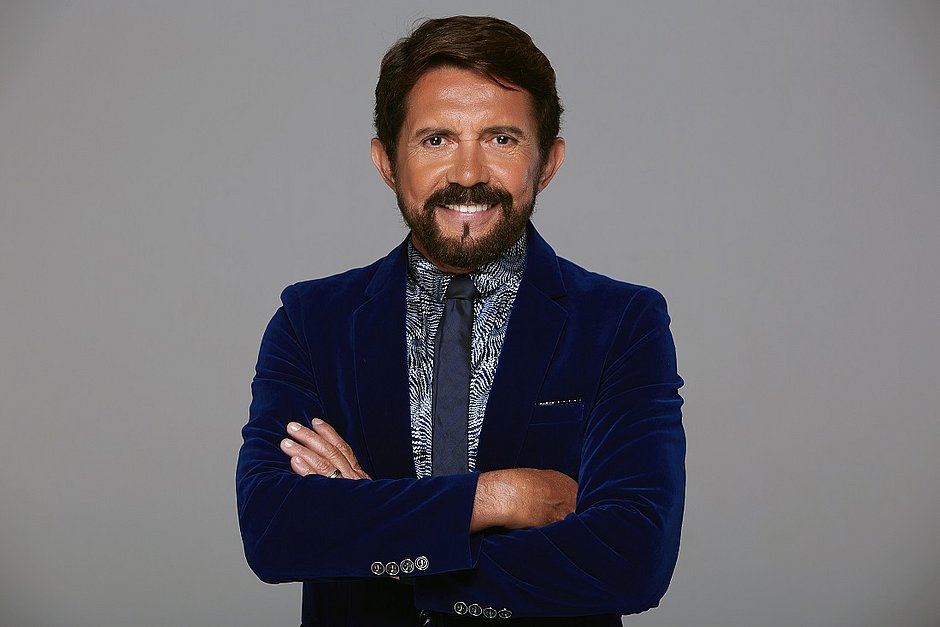 One of the main representatives of the authentic “Forró Pé-de-Serra”, the Bahian Adelmario Coelho is originally from Barro Vermelho, in the district of Curaçá, north of Bahia. He has been living in Salvador since he was 17 years old. He moved here in the 1970s, when he served in the army, ran a taxi and was a security technician at the Petrochemical Complex for 20 years.

All of this before he started playing amateurly in bars in the capital of Bahia, mainly in the Uauá bar, located in the Itapuã neighborhood. Today, Adelmario lives in an apartment in Alto do Parque, in the Itaigara neighborhood.

Despite being originally from Barro Vermelho, about 600 km from the capital, Adelmario claims to be “born in Salvador” and speaks fondly of the city where he lives with his wife, Marinalva Coelho, children and grandchildren. “The city welcomed me very well. I spent my whole life here and I really like the people. The public is my best wealth”, said Adelmario. 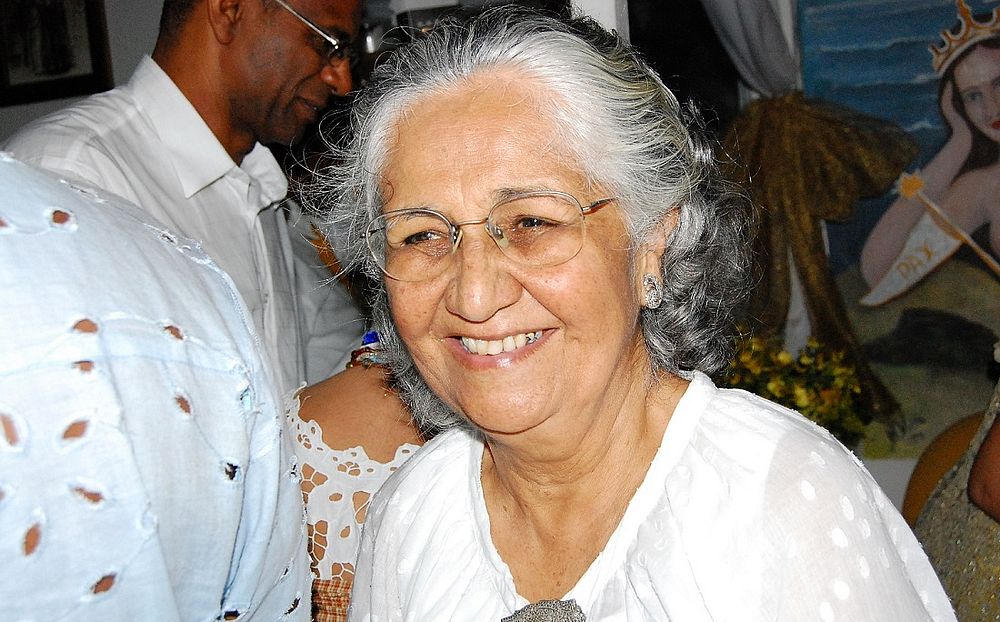 Born in Santo Amaro da Purificação (BA), the Bahian writer, composer and educator Mabel Velloso, 86, came to live in Salvador four decades ago. Older sister of Caetano Veloso and Maria Bethânia, the writer has also become known as a poet – she has had several of her poems turned into music.

Mabel chose the Tororó neighborhood in Nazaré to live. It was there, in fact, where her father, Zeca, rented an apartment for Caetano and Bethânia to study. The choice is due to the fact that the place has inland air, similar to that found in her homeland. It is on Rua José Duarte, on Avenida Joana Angélica, near Hospital Martagão Gesteira, that Mabel resides.

The writer has a special affection for Dique do Tororó: “I also got used to a magic that enters me for living near the waters of the Dique”. 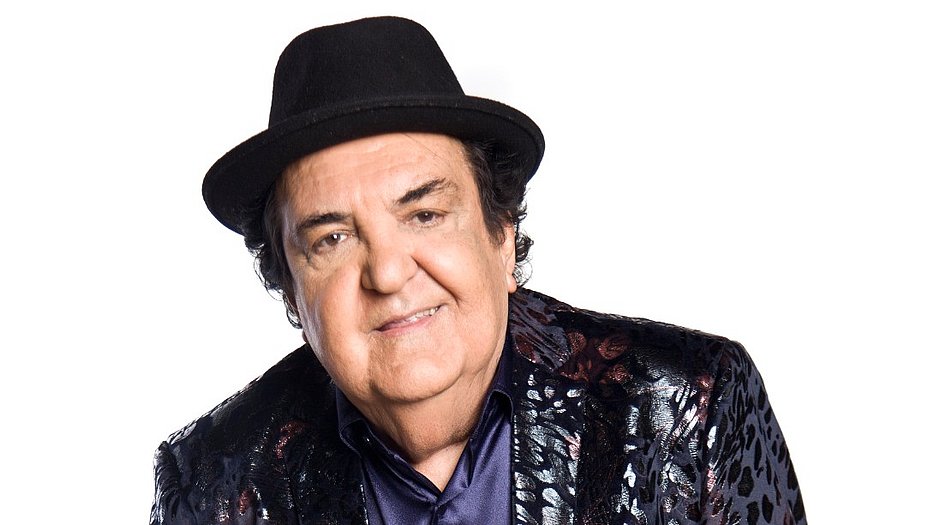 One of the members of the Novos Baianos group, Paulinho Boca de Cantor, 73, was born in the peaceful municipality of Santa Inês, in the Center-South of Bahia.
The singer and songwriter moved to Salvador in the late 1960s and has since lived in the capital of Bahia. Paulinho currently lives in Jardim Armação, a neighborhood completely bordered by the beach.

Since 1975, the artist has participated in the carnival of Bahia with the Trio Elétrico Os Novos Baianos. He is also one of the founders of the Bahia Association of Independent Artists (ABAI), an entity that represents singers and composers before public bodies and private companies. 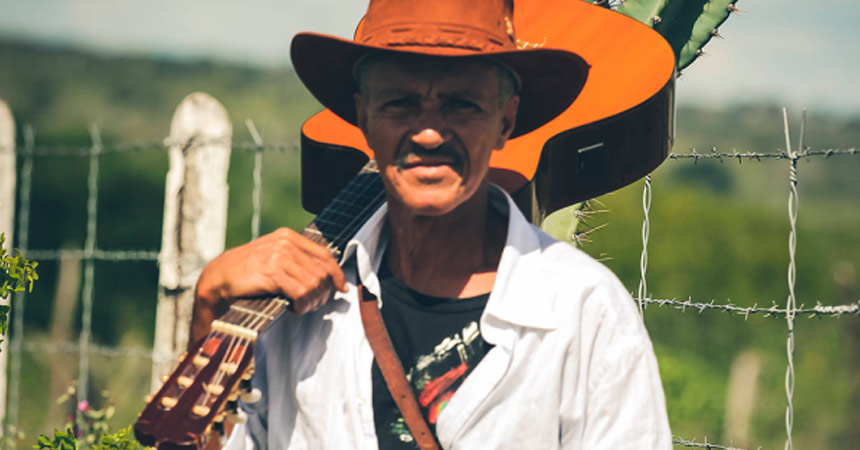 With a 40-year career, five albums released and songs recorded by great national and international artists, the singer and composer Wilson Aragão, 70, is from Piritiba, a municipality located in Chapada Diamantina.

With the separation of his parents, he went to São Paulo, to work and go to college. Recorded by Raul Seixas, the song “Capim Guiné” was a success throughout Brazil. From there, Aragon won the world.

After doing concerts and publicizing his works on radio and television throughout the country, the poet-singer stayed in a building in Praia do Jardim de Alah, in the neighborhood of Costa Azul, in Salvador, where he lives today.